The Tribeca Film Institute (TFI) announced the winners of the 10th Annual Tribeca All Access (TAA) Creative Promise Awards presented by the Time Warner Foundation at a ceremony earlier tonight. The narrative The Lobbyists and the documentary (T)ERROR were selected from 11 projects based on the strength of their vision and filmmaking promise. Each project received $10,000 to help bring their films to completion. The Institute also announced this year’s TAA alumni grants and fellowships during the 2013 Tribeca Film Festival. The grants, all presented at tonight’s event, total over $90,000 in funds.

Celebrating its 10th anniversary this year, TAA was created to help foster and nurture relationships between film industry executives and filmmakers from traditionally underrepresented communities. Since its founding in 2003, TAA has championed 227 films and over 500 filmmakers who identify as members of a minority group. Past TAA-supported films have gone on to premiere at film festivals around the country, received distribution deals and garnered critical acclaim.

“The hundreds of filmmakers who have participated in our Tribeca All Access program over the past ten years make up a very strong community of artists,” said Beth Janson, Executive Director of TFI. “We are grateful to all of our partners for helping us continue our support of these diverse voices and help bring stories of their communities to life.”

This year’s Tribeca All Access Creative Promise winners were:

Narrative Award Winner:
The Lobbyists
A conman with no past and a former CIA agent join forces to “lobby” politicians by blackmailing them into voting for progressive legislation.
Directed by Terence Nance; Produced by Chanelle Pearson and Andrew Corkin

Documentary Award Winner:
(T)ERROR
(T)ERROR captures the spectacular unraveling of an active FBI counterterrorism sting operation, and the dramatic aftermath that occurs when the target of the investigation realizes that a government informant is setting him up.
Directed & Produced by Lyric R Cabral and David F Sutcliffe

Special Jury Mention (Documentary):
Time is Illmatic
Time Is Illmatic is a feature length documentary film, told through the lens of rapper NAS and his bluesman father OLU DARA, which deconstructs
Nas’ indelible rap album Illmatic and the socio-economic and cultural conditions that inspired it.
Directed and Produced by One9; Produced by Erik Parker

TAA’s programming and support for alumni this year included grants and fellowships for past TAA projects in development or new works by program alumni. The following grant recipients were announced:

TAA Alumni Documentary Grants
Support made possible by The John D. and Catherine T. MacArthur Foundation for TAA alumni that display a palpable creative vision in the execution of their story, and undertake a riveting journalistic approach in their film’s subject matter.

· Turn it Around
· Despite the odds being stacked against them, Joe, Deprece, and Sergio undertake the arduous process of becoming classroom teachers with grace and courage by enrolling in an ambitious experiment in public education in California. Hoping to revitalize a system and a society that has only ever failed them, Joe, Deprece, and Sergio seek to break the cycle of high teacher turnover and outsider teachers in their communities’ schools.
· Produced and Directed by Dawn Valadez; Produced by Katherine Saviskas

· Untitled Colorado Documentary
· The film follows a landmark case in Colorado, where a 6-year-old male-to-female transgender girl is banned from using the girls’ bathroom at her elementary school.
· Produced and Directed by Eric Juhola; Produced by Jeremy and Randy Stulberg; Edited by Jeremy Stulberg
·
TAA Alumni Feature Narrative Awards
Grants to support TAA alumni that display creative vision in the execution of their scripted story and undertake a compelling cinematic, stylized, or dramatic approach to their characters.

· A Pebble of Love in the Shoe of My Life
An anti-coming of age drama about a young couple figuring out love and loyalty as they organize a rally in support of immigrant rights.
Written and Directed by Hossein Keshavarz; Produced by Chad Burris

TAA On-Track Grants
Grants to further assist TAA alumni with the completion of their past TAA project or further the development of a new work-in-progress.

· Evolution of a Criminal (Documentary)
· Ten years after robbing a Bank of America, filmmaker Darius Monroe returns home to examine how his actions affected the lives of family, friends… and victims.
Directed by Darius Clark Monroe; Produced by Jen Gatien; Executive Produced by Spike Lee

· Los Valientes (Narrative)
Struggling to find work and recover from a break-up, Felix, a gay and undocumented Mexican, leaves San Francisco for a small town in Pennsylvania where his undocumented sister promises steady work and the comfort of family. Once there, alienated by the town’s newly proposed anti-immigration law and forced into silence around his sexuality, Felix finds unexpected solace in the company of one person, his sister’s husband.
Directed and written by Aurora Guerrero

TAA Adrienne Shelly Foundation Filmmaker Grant
A grant to aid in the advancement of talented women filmmakers to further their projects towards completion or distribution.

Afia Nathaniel – Director/Writer/Producer
Dukhtar (based on her TAA screenplay formerly “Neither the Veil nor the Four Walls”)
A mother goes on an extraordinary journey to save her ten year old daughter from an arranged marriage.

Oscar’s Comeback
Through the lens of an annual mom-and-pop film festival in rural South Dakota –beleaguered amidst escalating racial and economic tensions — witness an 8-year behind-the-scenes chronicle of how worlds collide for a motley band of dreamers, as their dwindling all-white small-town champions their unsung black ‘native son’: early 1900s homesteader-turned-unlikely-film-pioneer, Oscar Micheaux — known to some as the “Godfather of Independent Cinema.”
Directed and Produced by Lisa Collins and Mark Schwartzburt

· The Odyssey of Al Sharpton (Documentary)
· Al Sharpton tells his story and takes us on a journey through his colorful life – and through that journey, the viewer experiences the shifting river of American race relations and how racial politics have transformed.
Produced and Directed by Yoruba Richen

The TAA Creative Promise Awards and the alumni grants were presented at an evening reception at MEGU in Manhattan on April 24, 2013. 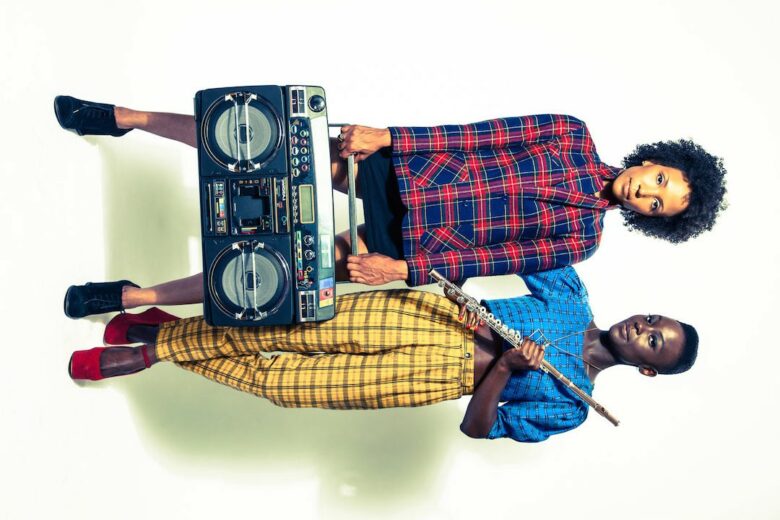