Facebook Twitter Pinterest
February 22, 2018
Above: Unarmed by Tajh Rust.
Giving Up the Ghost: Artifacts/A Study of Power and Solidarity Against White Violence in Modernity, a new group exhibition curated by Niama Safia Sandy at Rush Arts Philadelphia, offers broad critiques and diverse perspectives about the function of power and violence. Works by artists Lavett Ballard, Tasha Dougé, Sara Jimenez, Asif Mian, Tajh Rust, Rocío Olivares, and Lionel Frazier White engage the subtle and explicit ways that white violence and power have been weaponized historically and remain inextricably tethered to capitalism.
Sara Jimenez’s Strata, 2016 and Parts of a Whole, 2016, are revealing works from a more extensive series called, Ossuary. The series utilizes plaster, photographs sourced from a 19th-century text about colonies in the Philippines, and textiles donated from Jimenez’s family who still reside in the Philippines. Each work facilitates a critical assessment of the far-reaching impacts of colonization on familial identity and memory.  In Strata, vast slabs of fractured plaster pieces float against a long wall in the gallery.  From a distance, the installation looks like abstracted cartography. The plaster forms obscure the identity and grander narratives of the subjects and objects they display.  Viewing the work up close offers slight revelations; the faces of the photographed women and the stains that soil the white textiles become recognizable.  Parts of a Whole clutters the corner beside Strata with a mound of cast plaster moldings. At a distance, the mound is easily overlooked, banal and unassuming.  When I moved closer to the work, I could distinguish the forms and notice the skeletal remains buried underneath the casts.
The histories Jimenez displays are informed by the fragility of the objects displayed: faded photographs, stained white fabric, and illegible texts.  Each object is weighted by layered histories — the photos, texts, and textiles are transferred onto and embedded into the “body” of the plaster forms.  Both Strata and Parts of a Whole elicit an intriguing dialog about the power of pieces that comprise a whole, the worth and the possibility of the portions that remain from lost histories. Jiminez mines her history to “decontextualize [the] specific objects and texts to make them appear as excavated pieces from an archeological dig.” Memories are as fragile as plaster or photographs. Both Strata and Parts of a Whole, gather the eroded remnants of the visual memories Jimenez found and ponders the implications of what those pieces reveal. 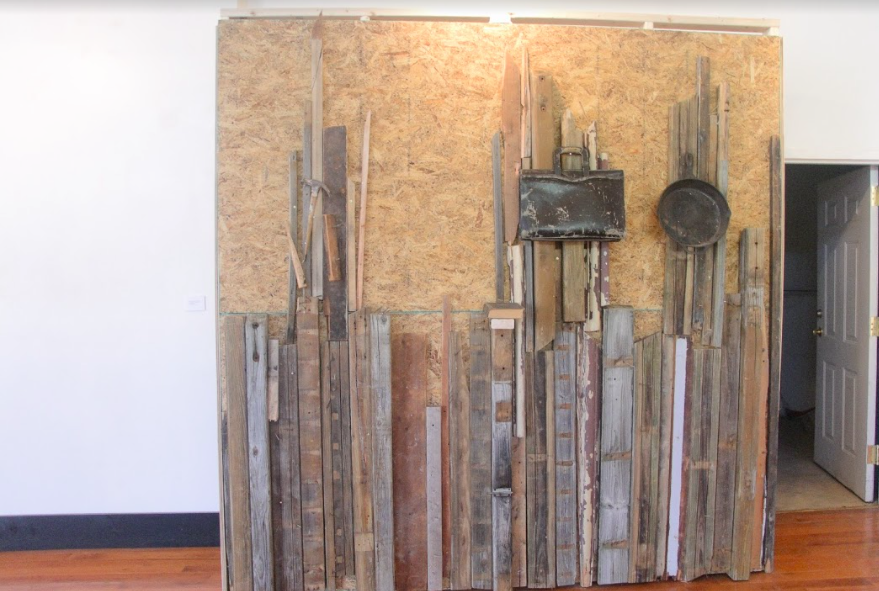 Above: Artifacts of Labor by Lionel Frazier. Photo by Angela N. Carroll.

Lionel Frazier’s Artifacts of Labor, 2017, deconstructs labor as a collection of ornamental objects that are divorced from their intended functions.   The large installation is composed of reclaimed wood, a hammer and nails, a worn leather briefcase, and a rusted iron skillet. The objects hang on or are driven into a wooden wall. A large bible sits on a small ledge that extends from the wall.  Frazier envisions labor through the remnants of rote daily rituals; go to work, eat, pray, and go back to work. Frazier’s removal of the subject and focalization on the ornamental objects troubles our imaginaries about the beneficence of labor and the rewards laborers will presumably reap.
Lavett Ballard’s HerStory Altar Diptych panels, Mother May I, 2018 and Bag Lady, 2018, uses a reclaimed wooden fence as a canvas to create a sacred site of reverence for unknown ancestors. A thick layer of rich soil rests at the base of the fence. Ballard blends historical photographs and supernatural folkloric iconography into transformative mixed-media collage works. In Mother May I, a matriarch the size of a mountain watches over children at play from the sky.  Her face is stern and freckled with ritual paint. Her head is haloed by a galaxy of stars. A policeman and a ravenous German Sheppard dart towards the children from the side of the panel. Two small portrait photographs, one of a smiling young woman, the other of a young girl, are on the back of the fence. In Bag Lady, a middle-aged woman balances a box of groceries on her head and large bags in her arms. The Bag Lady stands at the center of a beaming universe; her face is partially masked and adorned with ritual paint.  A family poses for a portrait at her feet. All the subjects Ballard features are engaged in a defiant, oppositional gaze that challenges histories of portraiture and film that have depicted women, and more explicitly women of color, as silent, passive objects. Despite threats of violence, each of Ballard’s subjects appears audaciously joyful.
Asif Mian’s, mixed media installation, Point of Commerce/Point of Violence, 2017 considers the layered implications of objects and places that are directly and indirectly connected to acts of violence.  A sheet of memory foam likened to a prayer rug sits in front of a glass display case. Sacred geometry is laser cut into the foam. The glass windows of the display case are removed and redisplayed as large shards inside the case. A hole riddled puffer jacket is immortalized on top of the case; its cotton lining swells out of the gashes in clumps across the torso and back of the form. A small monitor installed on the back of the display case loops video footage of a man miming rituals in front of a public restroom mirror.    Point of Commerce/Point of Violence is an uneasy altar layered and weighted by the objects it displays. The power of the work resides in the positionality it requires of the viewer, you must assume a position at the front of the display or seated behind it. The position assumed informs how the viewer will grapple with the objects on display, consider their valuation and relationship to sites of violence. 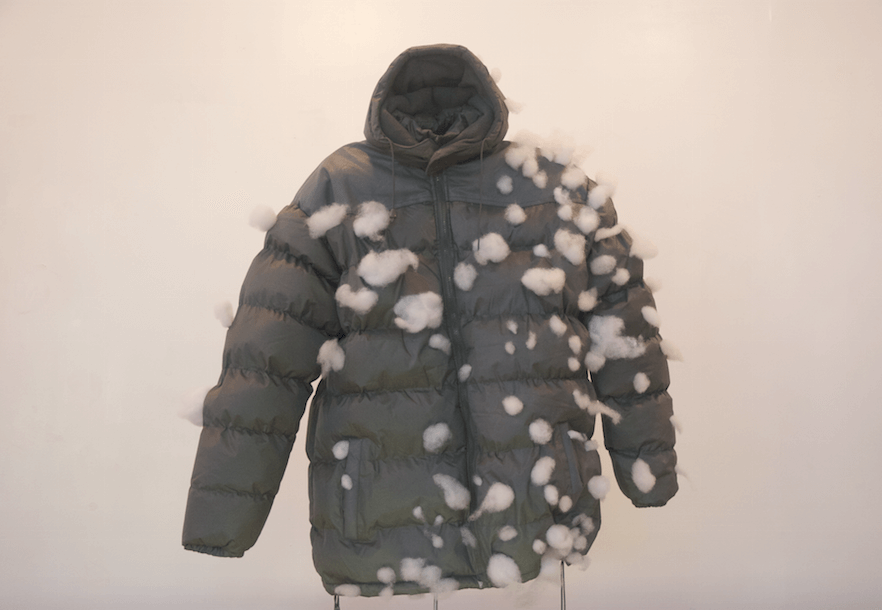 Above: From Asif Mian’sPoint of Commerce/Point of Violence, 2017.Photo by Angela N. Carroll.
Unarmed, 2015, an oil and acrylic painting on transparent polycarbonate by Tajh Rust dangles above Mian’s installation.  Disembodied hands hold a position of surrender, palms up, fingers spread apart.  Inspired by the murder of Michael Brown and the ‘Hands up Don’t Shoot” mantra that rallied protests against police brutality, Rust also challenges himself and viewers of the work to consider their position. “I use my own hands as a reference, implicating both myself and the viewer in the process.” Rust continues, “With both sides of the hands visible, the viewer is not only a spectator but can also see through the protestors eyes.” Juxtaposed with Mian’s work, Unarmed contributes a triggering reminder about the perpetual murder of unarmed people of color by police officers who escape prosecution.
In This Land is Our Land, 2016, Tasha Dougé revises the American flag as a quilt woven from synthetic hair, thread, cotton and chicken wire.  Taking over 30 hours to produce, dozens of bundles of grey and synthetic brown hair form the stripes of the flag; small white cotton balls serve as stars. All the traditional blue and red tones are replaced with a palette that reflects variations in Black skin tones and hair textures. The incorporation of the braids into the flag, the process of braiding as well as the resultant braided textile, is a defiant reclamation of a symbol assumed to represent and protect a wide spectrum of citizenry. “Each turn of the braid relates to a story that hasn’t been told about police brutality,” Dougé notes. 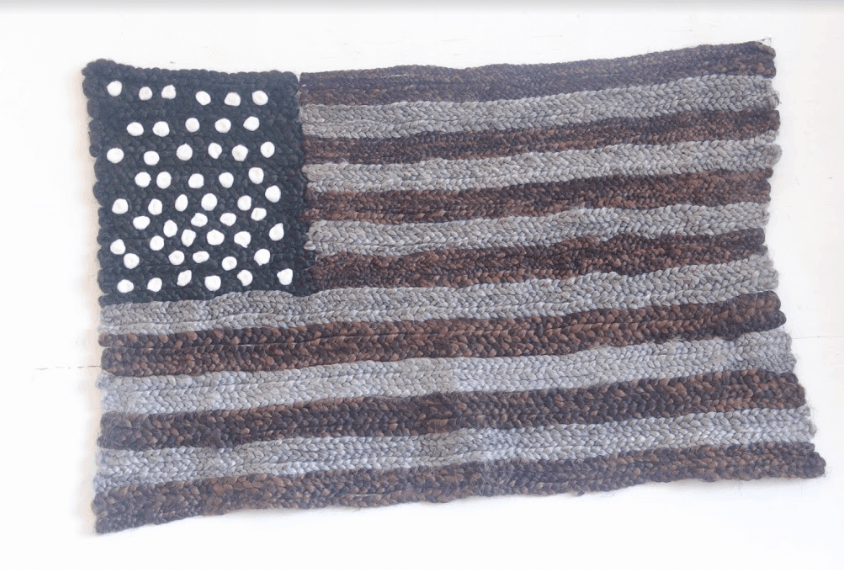 Above:In This Land is Our Land, 2016 by Tasha Dougé.Photo by Angela N. Carroll.
The multifunctional textile, (used as a performative prop and a site-specific intervention) developed from the artist’s close examination of the slogan “Make America Great Again.” Though the slogan has been popularized by the Trump Administration, it originated as a racist propaganda series called “This is America,” developed by the Franklin D. Roosevelt administration during the Great Depression. This Land is Our Land, problematizes the ideologies at the core of the slogan; the citizenry America protects versus those it marginalizes. What I appreciated most about the work is the way its critique concurrently functions as an assessment about the devaluation of black women’s aesthetics and economic buying power. I could not help but consider the profit earnings gained from Black women’s exorbitant consumption of synthetic hair products.  Though the phenomenon is not isolated to Black women living in the United States, it is arguably resultant from hundreds of years of racially insensitive propaganda that have stereotyped and misrepresented black aesthetics as innately unseemly.
Viva Coco, 2017, a short film by Chilean artist Rocío Olivares alters footage taken from a 2016 CHANEL runway show in Cuba. “In revisiting and reviewing history there is both the desire to understand, but also the impossible (and masturbatory) desire of rewinding events and imagining what would have happened if things were different,” the artist shared. The video is played in reverse; models walk backward down the runway in CHANEL garments inspired by Cuban fashion from the 1940s and 50s. Olivares pulls from an extensive selection of artists, writers, and scholars including Los Carpinteros, Alejo Carpentier, and Gonzalez Millán, among others, who have also used reversal to engage a broader analysis about history and liberation. “I am constantly aware of how mass media is re-writing our history actively through commercials, TV shows, even art exhibitions,” Olivares notes. The film includes two streams of narration, one from the original runway show, the other from Olivares. While the original narrator reviews Cuba’s history with nostalgia and adoration, Olivares rebuts her commentary with nuanced assessments that highlight uncomfortable truths about the country’s complicated history. 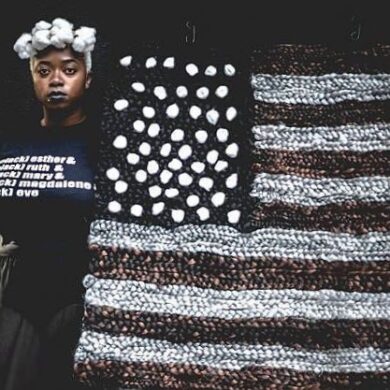 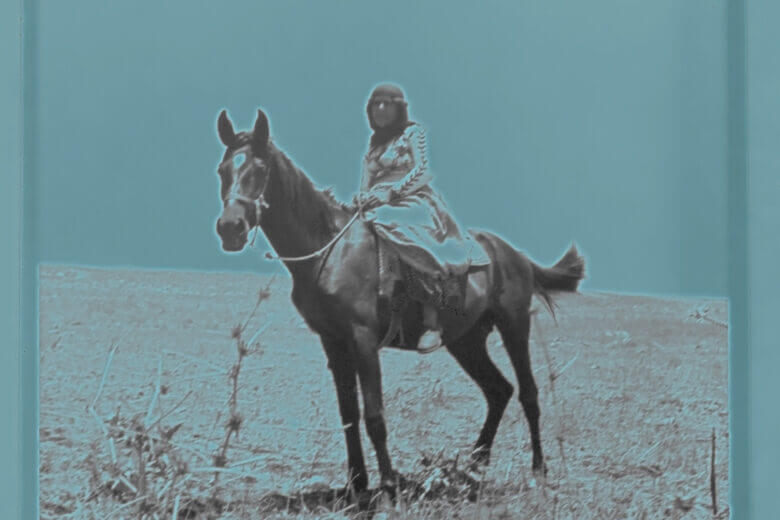 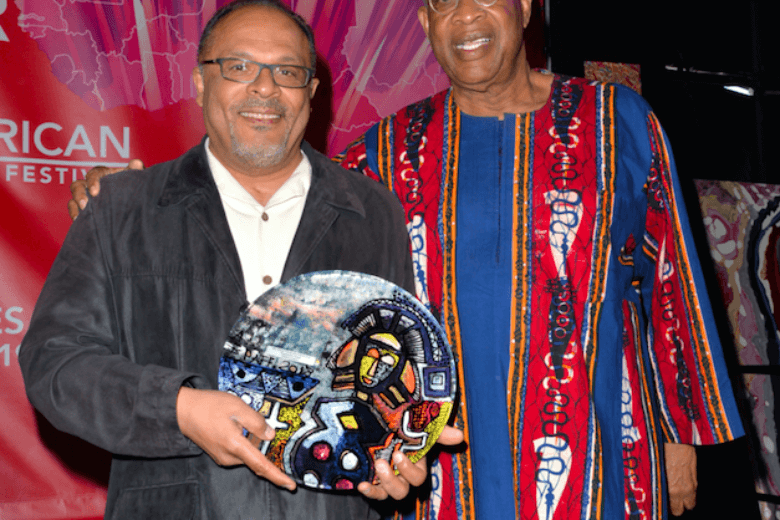