On view at the Botho Project Space in Johannesburg is a recent solo exhibition by internationally acclaimed artist Nelson Makamo. Titled Botho, Motho, Batho, the exhibition is an ode to the artist’s 15-year career practice. His works consistently interrogate and reimagine humanness. Makamo documents the candid snippets of everyday life through portraiture and figurative artworks, while focusing on themes involving urban life, migration, community and childhood, as these play a central role in his life and the lives of Black Africans in South Africa, nestled between the complex dynamics of an ever-changing, post-colonial Africa.

The works, as usual, are primarily figurative and portrait renditions created in his signature mediums of charcoal, watercolor, acrylic and oil. His best-known works reimagine the perception of the African child as destitute. In his portraits, the Black child has autonomy over the gaze, often smiling, playful, flanked with vivid colors—in a context that is modern and unique to them—a perspective that one not only would have to observe, but experience, to properly capture his approach.

Born in Modimolle, Limpopo, South Africa in 1982, Makamo lives and works in Johannesburg. In 2005, his first solo exhibition titled, Walk With Me was presented at the Obert gallery in Johannesburg. Since then, the artist gradually has gained a spot in the international limelight with his distinct style, with features in international publications such as TIME magazine and Vogue, His works has been exhibited widely in countries including South Africa, the U.S., France, Italy, The Netherlands and Scotland. His work also forms part of several public and private collections, including those of Oprah Winfrey and Giorgio Armani.

Yadichinma Ukoha-Kalu’s Saffron in the Desert at kó Gallery, Lagos

On Nov. 19, 2020, kó gallery, Lagos welcomed visitors to a solo exhibition by Yadichinma Ukoha-Kalu titled, Saffron in the Desert. The works presented at the show were initiated during the artist’s residency in Dubai earlier this year, as kó’s representative for Art Dubai’s 2020 artist residency program. Although her residency in Dubai was cut short due to the global lockdown, Yadichinma continued to develop the project in preparation for this solo exhibition.

Saffron In The Desert uses saffron spice as a metaphor for psychological healing and hope. During her residency in Dubai, she explored the Diera market and was drawn to the ubiquity of saffron spices, which she used as inspiration and as a material. Saffron ranks as the most expensive spice in the world and is fondly called “the gold of spices.” Exploring the indomitable quality of its golden-yellow essence, Yadichinma uses this raw material to apply to her paintings of landscapes and environments. She uses the analogy of this pigment to examine the relationship between gold and the “golden moment of opportunity,” the opportunity we have to turn the seemingly barren spaces of our minds into regenerative spaces. Through this process, she begins to allow herself to fill these spaces with her own imagined beings and objects, reflecting on the private space of human emotions.

Yadichinma Ukoha-Kalu’s artistic practice centers on experimentation and explorations of line, form and boundary, which she expresses through a variety of media, including painting, drawing, sculpture and film. Influenced broadly by a mix of artistic movements, she often creates landscapes on paper made with combinations of abstract elements and textures.

For this exhibition, she has experimented with a variety of materials including saffron, spray paint, watercolor, transparency paper, and canvas, alongside sculptures made of plaster of paris and a plexiglass installation that was laser-cut at the Tashkeel Studios during her residency in Dubai. These plastic shapes served as stencils that are used in many of her paintings. Color has been used as a guiding framework to represent her emotional states in these works. As a form of therapy, the dominant colors of red, yellow and black suggest burning, fire and rage. Her use of tracing paper further alludes to the fragility of the present.

Alongside the materiality of saffron, Yadichinma created an indecipherable alphabet that is used as a reoccurring motif within the series. She also has highlighted the commonalities between drawing and language, creating a system of pictorial signs that are put together as scrolls of text. She refers to these elusive texts as “epitaphs,” a symbol of loss, memorialization and transiency.

The Serpentine has announced the appointment of Yesomi Umolu as director of curatorial affairs and public practice. Umolu will oversee the Serpentine’s curatorial, interpretation and editorial activities across all programs.

“As a Londoner and curator with an interdisciplinary background, I have long admired the Serpentine Galleries’ ground-breaking work in supporting innovative ideas across contemporary art, architecture and civic engagement,” said Yesomi Umolu. “I am eager to partner with the Serpentine’s team, its audiences and artists to envision new forms of creativity and community building that can shepherd us through the profound changes facing our city and the world at large.”

Umolu will direct the editorial and educational content for exhibitions, events and other curatorial initiatives, aimed at making Serpentine programs more inclusive and accessible to all audiences, both physical and digital.

Yesomi Umolu is currently director and curator, Logan Center Exhibitions at the University of Chicago, where she leads an ambitious program of international contemporary art. She also teaches courses in contemporary visual art and spatial practices as a lecturer in the humanities division.

“With an excellent record of commissioning interdisciplinary programming, Yesomi brings outstanding ideas and experience to the Serpentine,” said CEO Bettina Korek and Artistic Director Hans Ulrich Obrist in a joint statement. “Yesomi’s appointment reinforces a structural trajectory for the organization that fuses curatorial affairs and public practice. We are excited to work with her to innovate around centering audience experience and community engagement in all that we do.”

Faber & Faber has recently acquired two novels by Tsitsi Dangarembga:  Nervous Conditions and The Book of Not

The books, which are part of a trilogy—Nervous Conditions (1988), The Book of Not (2006), and This Mournable Body (2018)—follow the story of Tambudzai, a protagonist who lives through Zimbabwean independence to today’s tribulations. This Mournable Body, which completes the trilogy is published by Faber and was on the shortlist for the 2020 Booker Prize.

The two first books in the trilogy were previously under the Ayebia Clarke Publishing With all three books under Faber & Faber, Louisa Joyner, associate publisher, Faber & Faber has also acquired World All Language rights in Tsitsi Dangarembga’s previous two novels from Karolina Sutton at Curtis Brown.

Tsitsi Dangarembga said she is delighted that all the volumes in the Tambudzai Trilogy will be published by Faber & Faber under Louisa Joyner’s dedicated and energetic management. She also said that this development has brought Tambudzai’s story to many more readers, opening a window onto lives that otherwise might not have been seen by a global audience. Tambudzai’s story is the story of women on and off the African continent told in an African context. She believes it is a story that deserves attention.

Louisa Joyner said she feels absolute joy to be working with Tsitsi across the trilogy, as these are major novels that deserve the publishing heft, critical attention and huge numbers of readers that such a phrase entails. She also said that she was excited about the next phase of Tambudzai’s life in print and looks forward to seeing her profile grow around the world in the months and years to come.

The two books will be published in paperback in March 2021.

Conceptual designer Katlego Tshuma has won the 2020 Nando’s Hot Young Designer (HYD) Talent Search. His winning work, titled The Sangu Bench, is a reinterpretation of traditional African grass mats. Katlego said the work was inspired by the organic forms found in the movement and shape of the traditional grass mats which have been used across various African cultures as carpets, mats, screens and room dividers.

Now in its third edition, the brief for this year’s design competition calls participants to design a bench that encourages social distancing and is adaptable for life after the pandemic. The Nando’s HYD competition received many entries from across South Africa.

“We embarked on a very thorough judging process, which included an initial round of local SA design industry specialists and senior Nando’s design-focused team members,” says Tracy Lynch, creative director of the Nando’s Design Programme. “Katlego came out tops because he had the highest total points, which means that the majority of the judges recognized the brilliance of this piece. From my perspective, Katlego won because his design was one of the most unique, jaw-droppingly beautiful, brave pieces of design entered.”

The South African music industry is mourning the loss of Kwaito artist, Mshoza (Nomasonto Maswanganyi), who passed away at 37 on Nov. 19, 2020. She was best known for her hit song, Kortes. She was outspoken on a number of issues including gender-based violence and shared her experiences of intimate partner violence in 2018.

Mshoza rose to fame as the First Lady of Kwaito with her smash hit, Kortes in the early 2000s from her debut album BullDawgz First Lady. She collaborated with stars such as Mzambiya and Msawawa.

In 2017, Mshoza was nominated for “Best Kwaito Single” by the Metro FM Music Awards following the release of her successful single, Abantu Bam.

South Africans continue to send their tributes to the artist on various social media platforms. 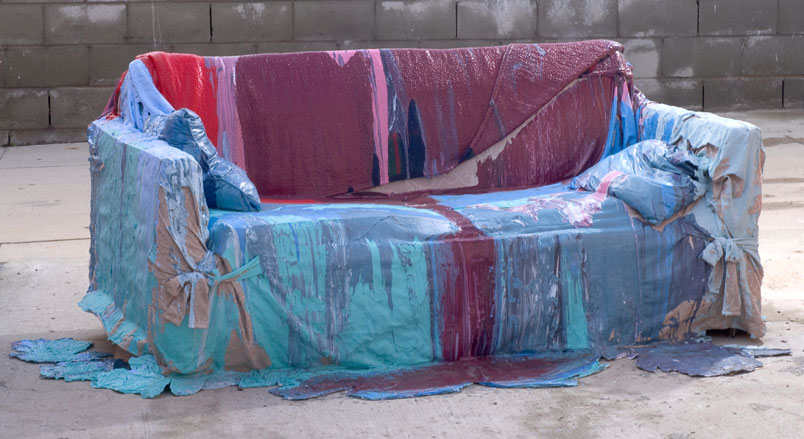 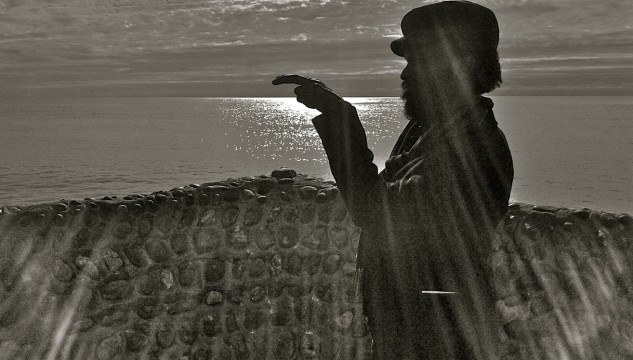 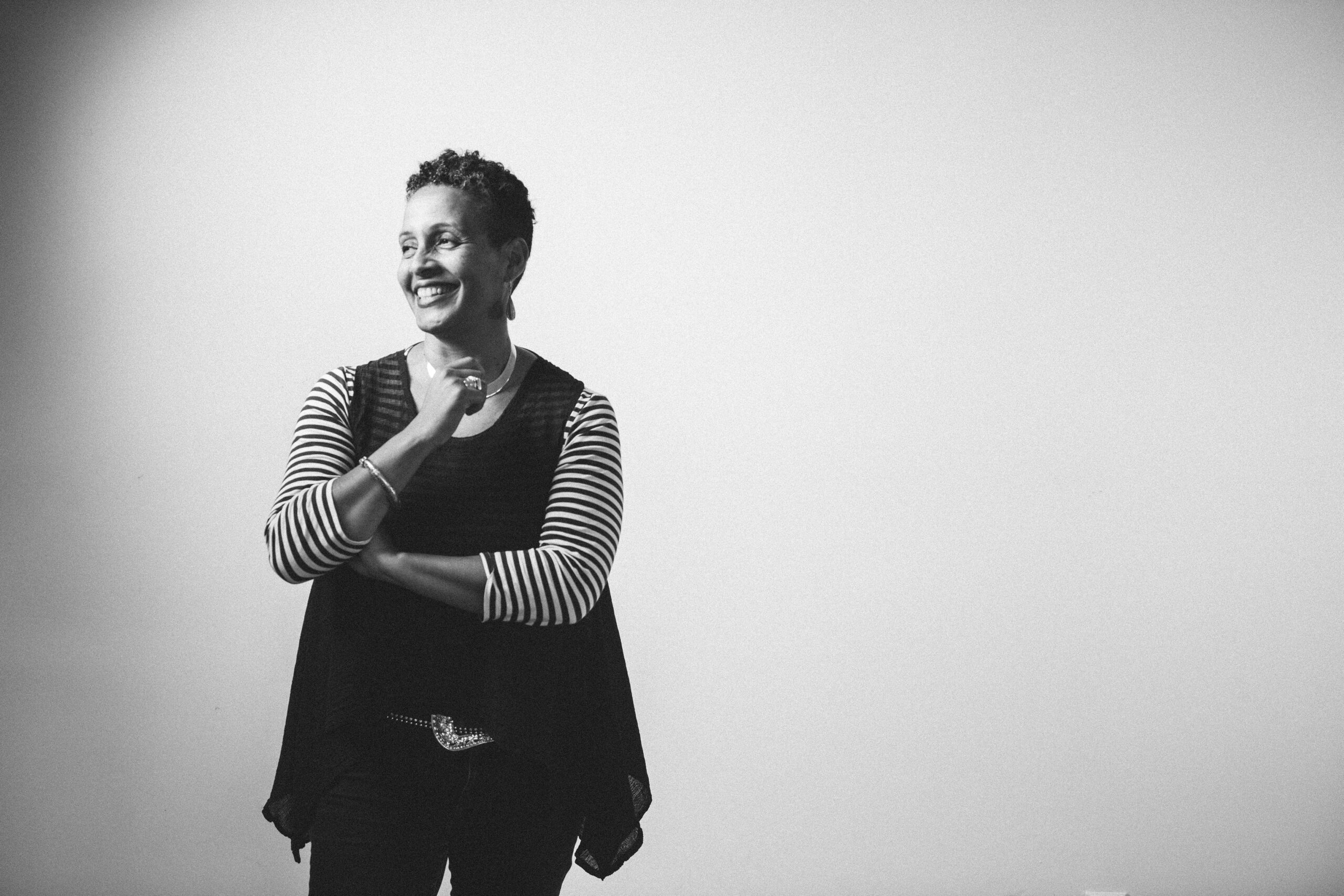