Amongst the numerous artworks on display at NYC’s Superfine! the art fair, LeRoi C. Johnson’s solo exhibition “Colored People” invites the audience to share an intimate and unique experience – a dialogue of storytelling between artist and audience. From May 2 through 6, 2018 located in the Meatpacking District, Johnson’s colorful and evocative series will be open to the public to interpret.

The Buffalo-born, self-taught artist is just as multi-dimensional as his paintings. A prominent lawyer, brother and manager of R&B superstar Rick James, LeRoi Johnson is a painter first and foremost. “The only thing similar between law and art is jury selection,” he jokes, noting that he cannot understand restricting himself to only one area of his life. Even when painting he works on several pieces at a time, constantly experimenting and revising. “Whatever your passion is, enhance it and stick with it. It shouldn’t be tedious. I wouldn’t be as creative without flexibility.” The amount of energy he puts into the shapes, colors and other dynamic elements is clear from first sight.

Many of his paintings challenge the viewer to search for apparent and hidden meanings. For example “The Myth of Golden Hair” questions the blonde archetype of race and gender. Most of his works deal with these concepts by questioning the need for clear boundaries between perceived meaning and the essence of his message. His perspective shines through a background of African-American Catholicism, representing a unique experience that through symbolism becomes universal.

LeRoi Johnson’s distinct style has developed even more detail over the years; split faces, androgynous figures, religious motifs mixing with modern elements to create a duality between what is perceived and what is Johnson’s own dream vision coming to life on canvass. He explains that “art is a reflection of the world around you, memories and experiences leading into a new world we can’t see but is still there.” This year’s collection was carefully curated by art advisor Sebastian Laboureau to show off the detailed and enhanced evolution of Johnson’s latest works. 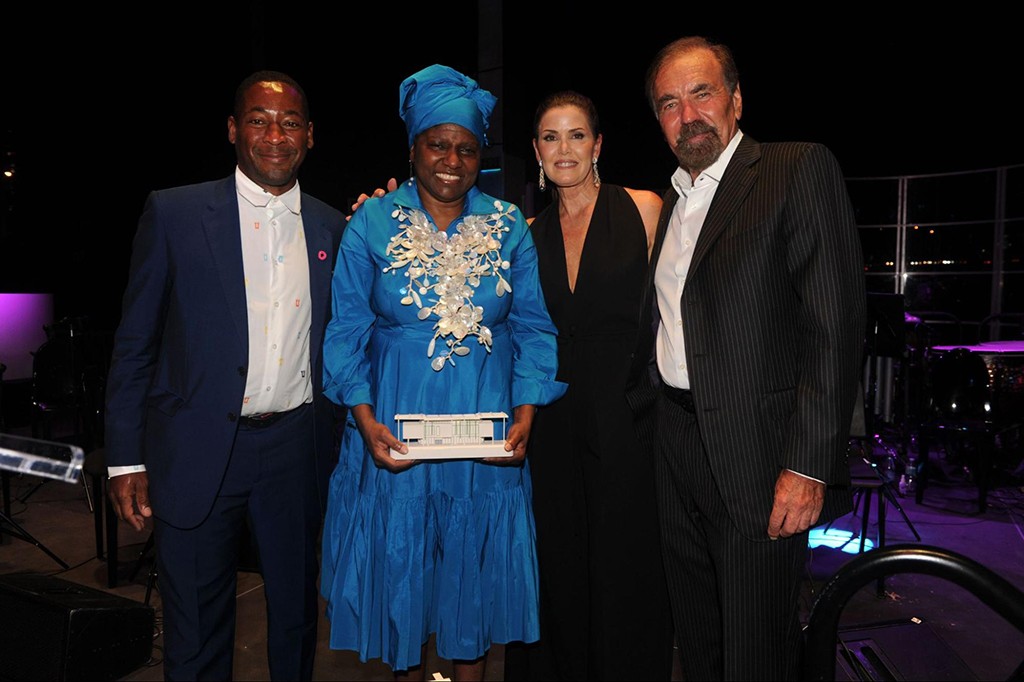 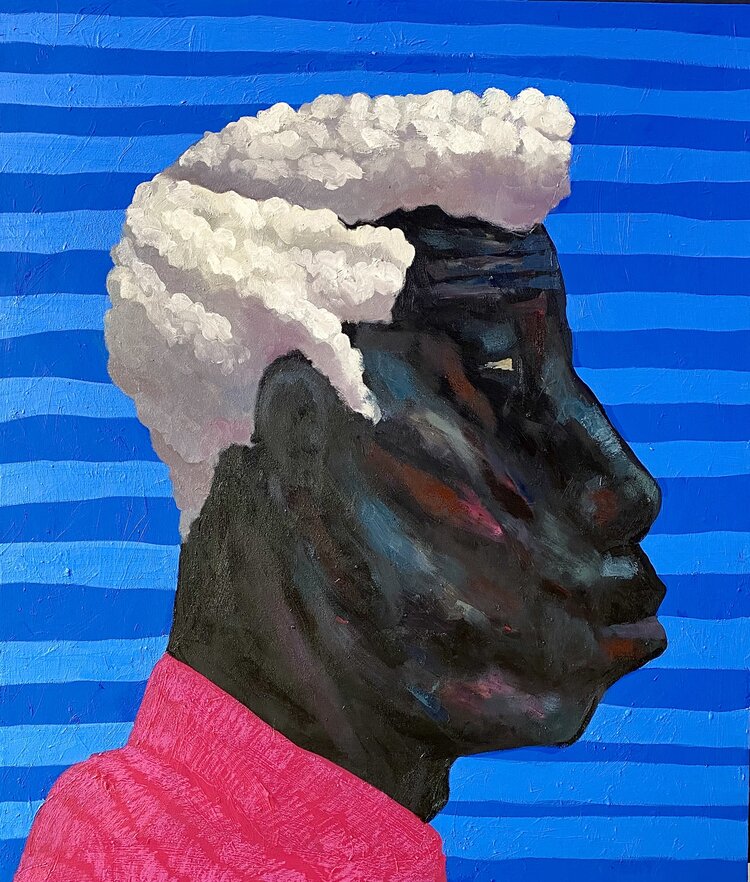 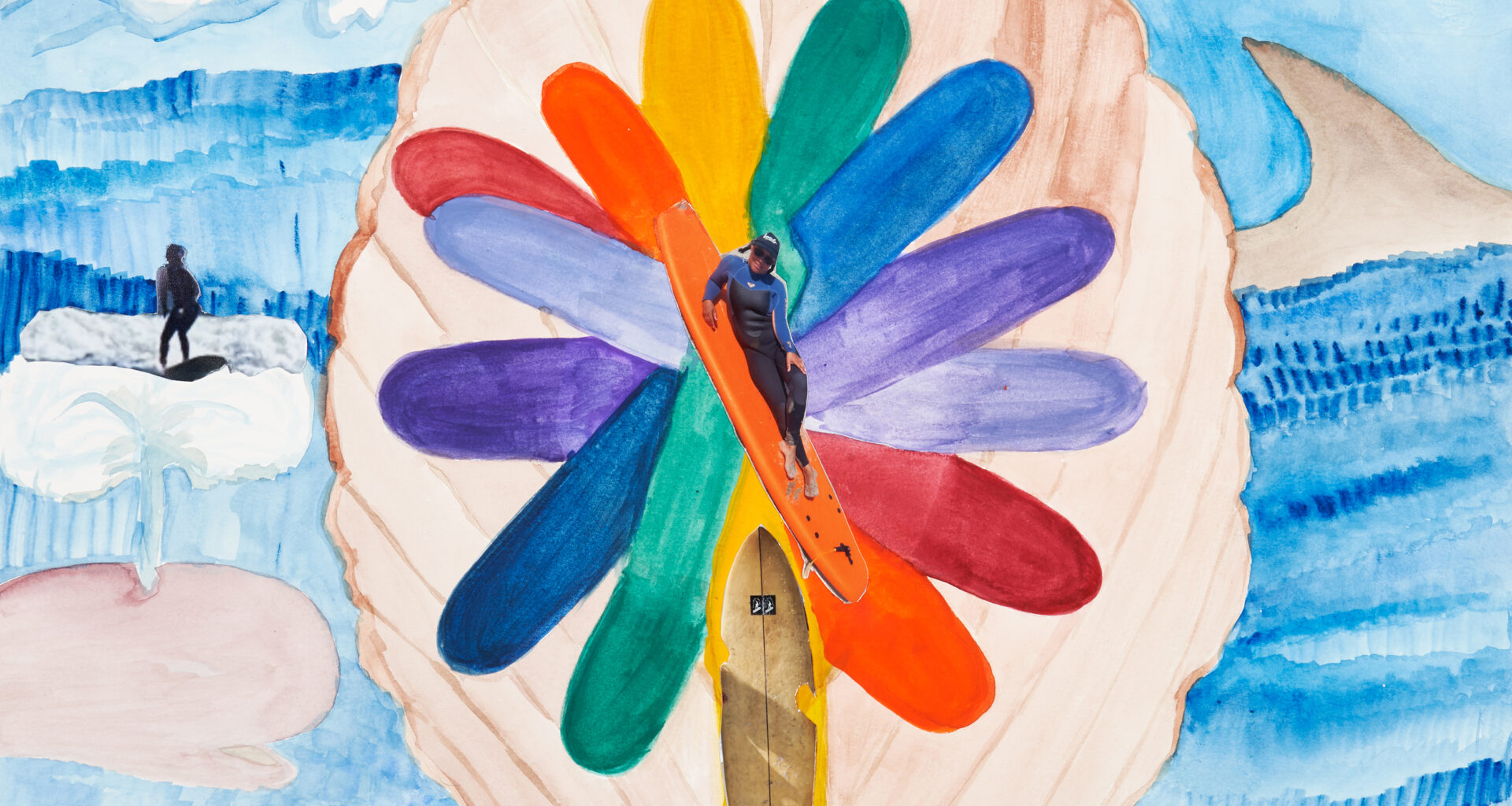 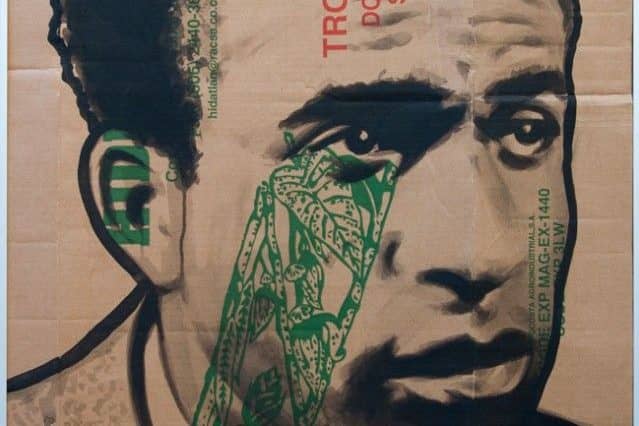