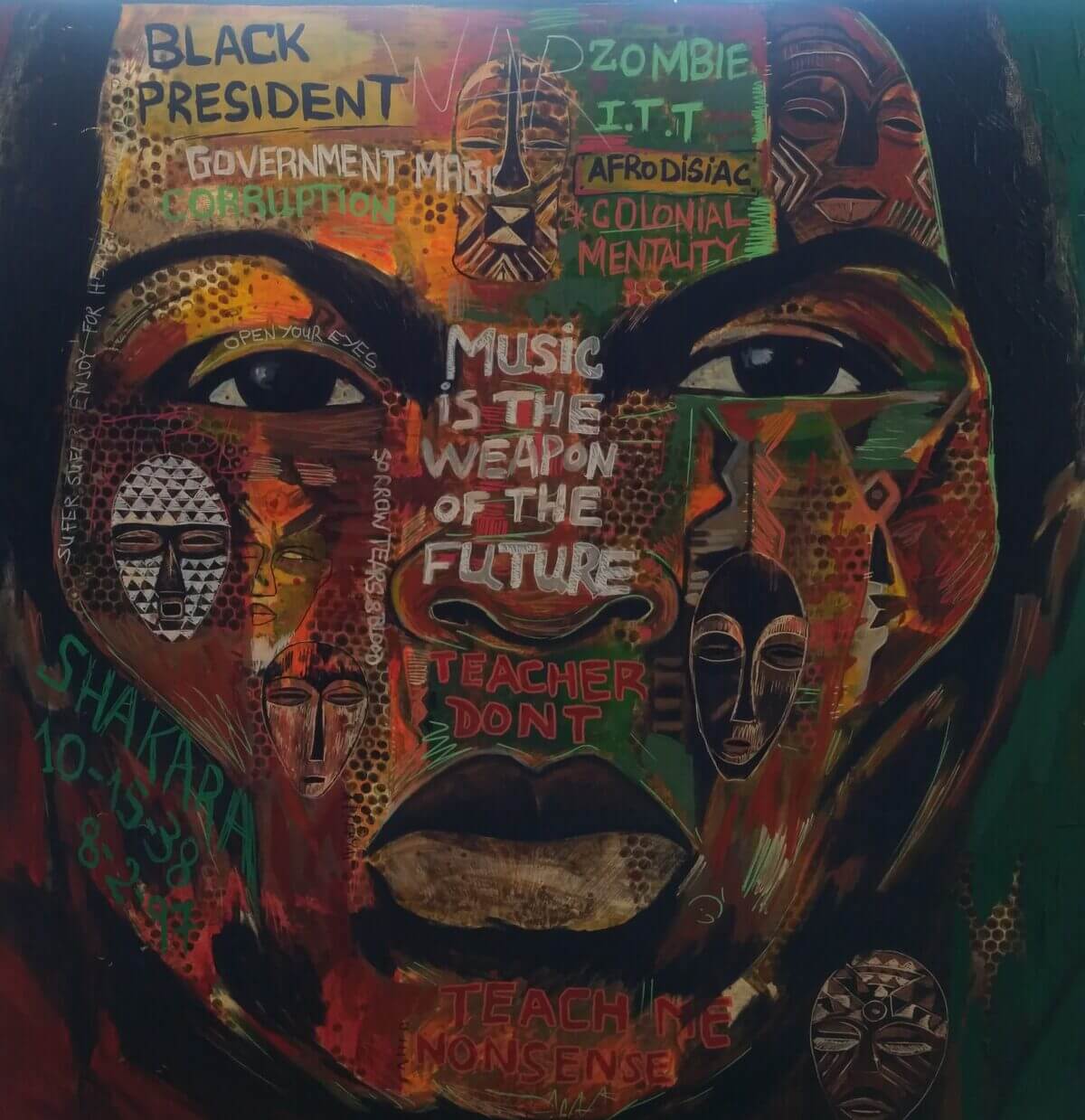 “Felaspora,” an exhibition celebrating the life and work of Fela Kuti through us, the diaspora who listened, loved the man and now bring forth his legacy.

Fela Anikulapo Kuti (15 October 1938 – 2 August 1997), also professionally known as Fela Kuti, was a Nigerian multi-instrumentalist, musician, composer, pioneer of the Afrobeat music genre, human rights activist, and political maverick. During the height of his popularity, his title was one of Africa’s most “challenging and charismatic music performers.” (1)

Fela was born Olufela Olusegun Oludotun Ransome-Kuti. He changed his name to Anikulapo-Kuti (Anikulapo, meaning, “He who carries death in his pouch”) with the interpretation: “I will be the master of my destiny and will decide when it is time for death to take me.” [Author’s note: the pouch notation is reference to the herbalist and healers carrying of healing, protective, and or preventative medicines in a leather pouch.] He stopped using the hyphenated surname, “Ransome,” because it was a slave name. His parents were ransomed off the coast of Sierra Leone, converted to Christianity, and were instrumental in spreading the European derived religion into Nigeria. (1) 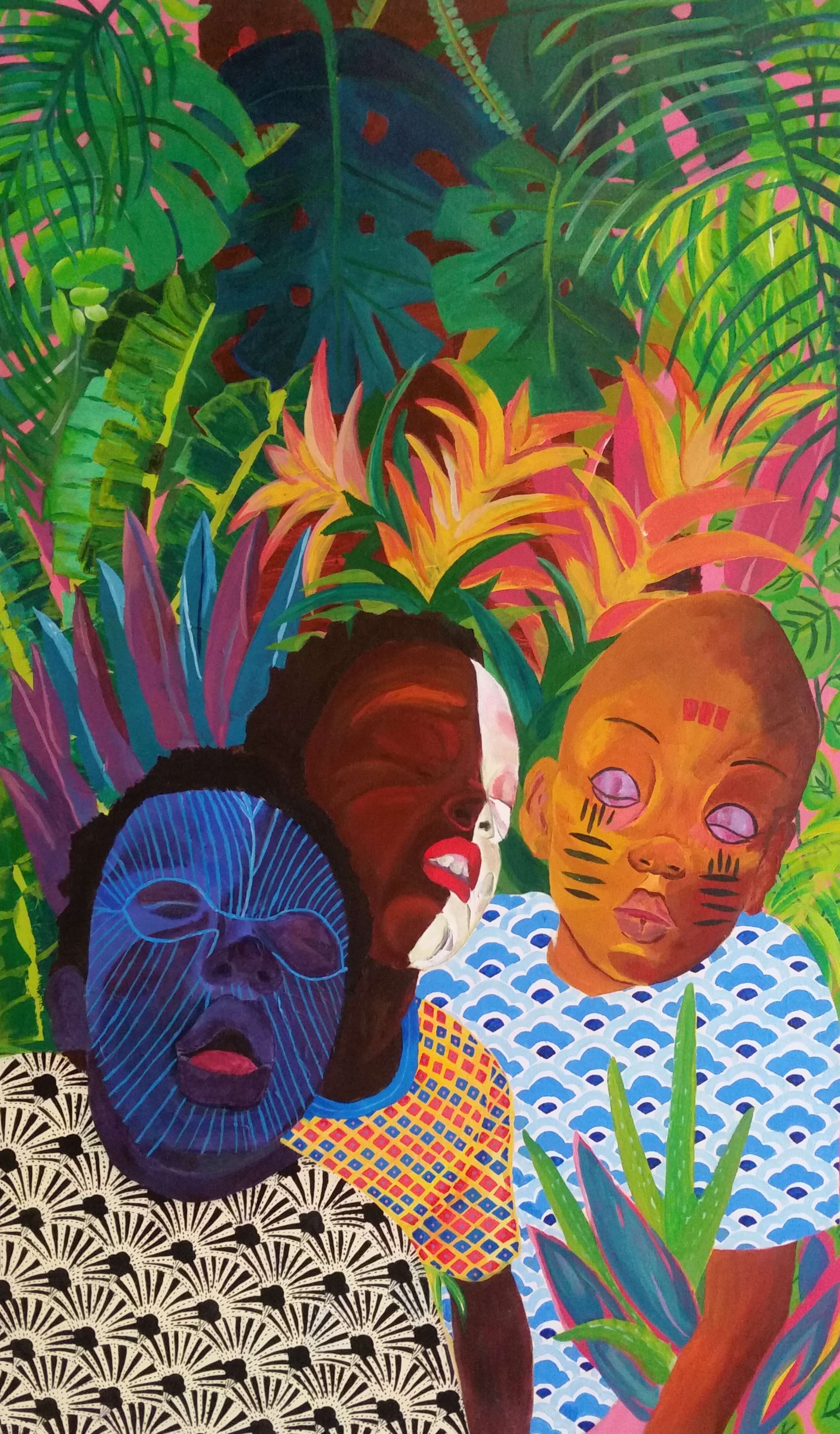 “Felaspora” exhibition is at Kroma Gallery, a collective art space located on Grand Avenue in the heart of Coconut Grove consisting of 18 artists studios and a communal gallery space. Kroma’s mission is to serve as an affordable, contemporary space for artists whose creative output contributes to connecting the spirits of Coconut Grove’s rich past, present, and future. Kroma is unfortunately not well known in the broader art community in Miami although this is their 4th year. However, the gallery has enthusiastic supporters which are essential to success and have had significant exhibitions during their tenure.

Having the Felaspora exhibition organized formally by a curator also seems a move in the right direction, and one that hopefully continues on some level and lets everyone know they are serious about their business.

Although each of the local artists is working at this, a postcolonial moment, they are not all working with an anti-colonialist sensibility, nor the same aesthetic aspirations. How many of the artists know the complex figure of Fela Anikulapo Kuti beyond his music is not evident based on the totality of the exhibition. Maybe they didn’t feel it necessary to delve deeply into the thematic concerns of the show. The exhibition is small and the work overwhelmingly figurative, so the viewing experience creates a narrative that is well grasped even if a person doesn’t know who Fela Kuti was. More complexity from the artists wasn’t required even if wanted. 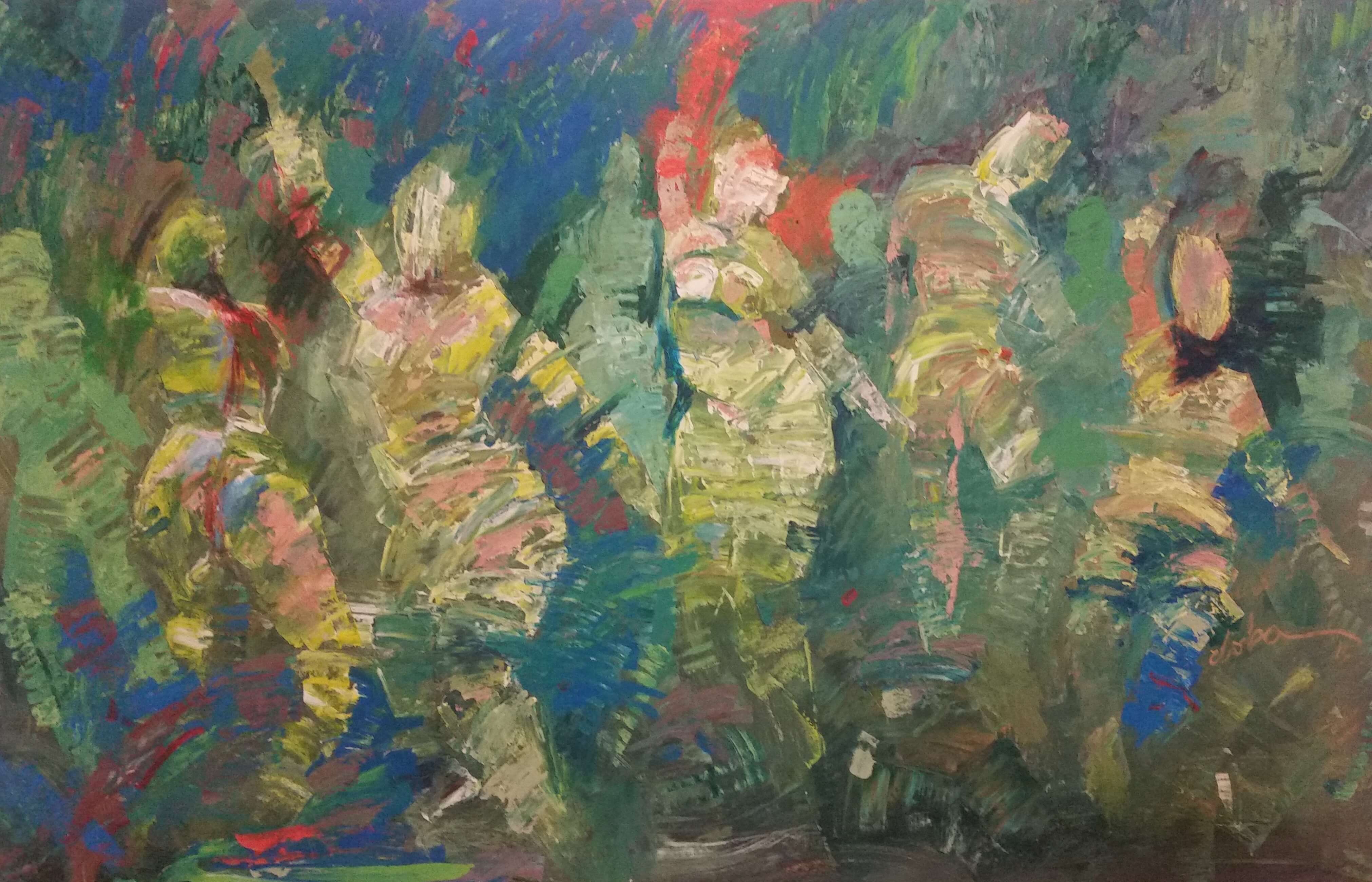 Reading this exhibition in the uneasy light that illuminates its subject, socio-political context, and his cultural practice, one would have to think a less obfuscated exhibition could have happened with more time to research, plan and execute the show. It would have been refreshing to have work that more reflected the life of Fela Kuti, even some possible socially engaged practice dealing with a complex and celebrated figure with an international following. Maybe that is being scheduled during the run of the exhibition. It also seems that the opportunity for other artists to be included was a missed one; unfortunately, any number of factors possibly contributed to that.

At this point, four years into its existence, we can also expect that Kroma would have a schedule of programming in place so that whomever the future organizer/curator is that person has adequate time to research and plan their exhibition. This does not mean Kroma didn’t do its job but that there are future expectations to be met. Speaking with the exhibition organizer, Michelle McKoy, we discussed the theme and title of the show, “Felaspora,” and she did reach out with a call for artists.

There is the hope that I am not misreading the exhibition. Expectations are something we should have, and we can certainly view an exhibition in celebration because artists talent and skills can be appreciated, acknowledged. Is it wrong to want, and expect work that disrupts, or problematizes the post-colonial status quo, recognized by Miami’s art establishment or not? By ignoring a whole set of experiences, it might be leaving them ‘off the map,’ and therefore less likely to be explored, shared, discussed and understood, we shortchange ourselves and not have the ability to appreciate and comprehend Fela Kuti’s legacy, both good and bad.

Some exhibiting artists may have been aware of the “Black President” exhibition, but I mention it because of how it was a landmark of that moment. Over thirteen years ago, “Black President: The Art and Legacy of Fela Anikulapo-Kuti,” curated by Trevor Schoonmaker, was exhibited at Lois & Richard Rosenthal Center for Contemporary Art, Cincinnati, OH (December 17, 2004, through March 06, 2005), where your author visited the exhibition.

“‘The artists contributing to this exhibition represent a broad range of ages and artistic backgrounds, and [while t]he artists do not all agree about Fela’s legacy, philosophies, or actions, but they all have felt his influence” states the Contemporary Art Center’s website.” 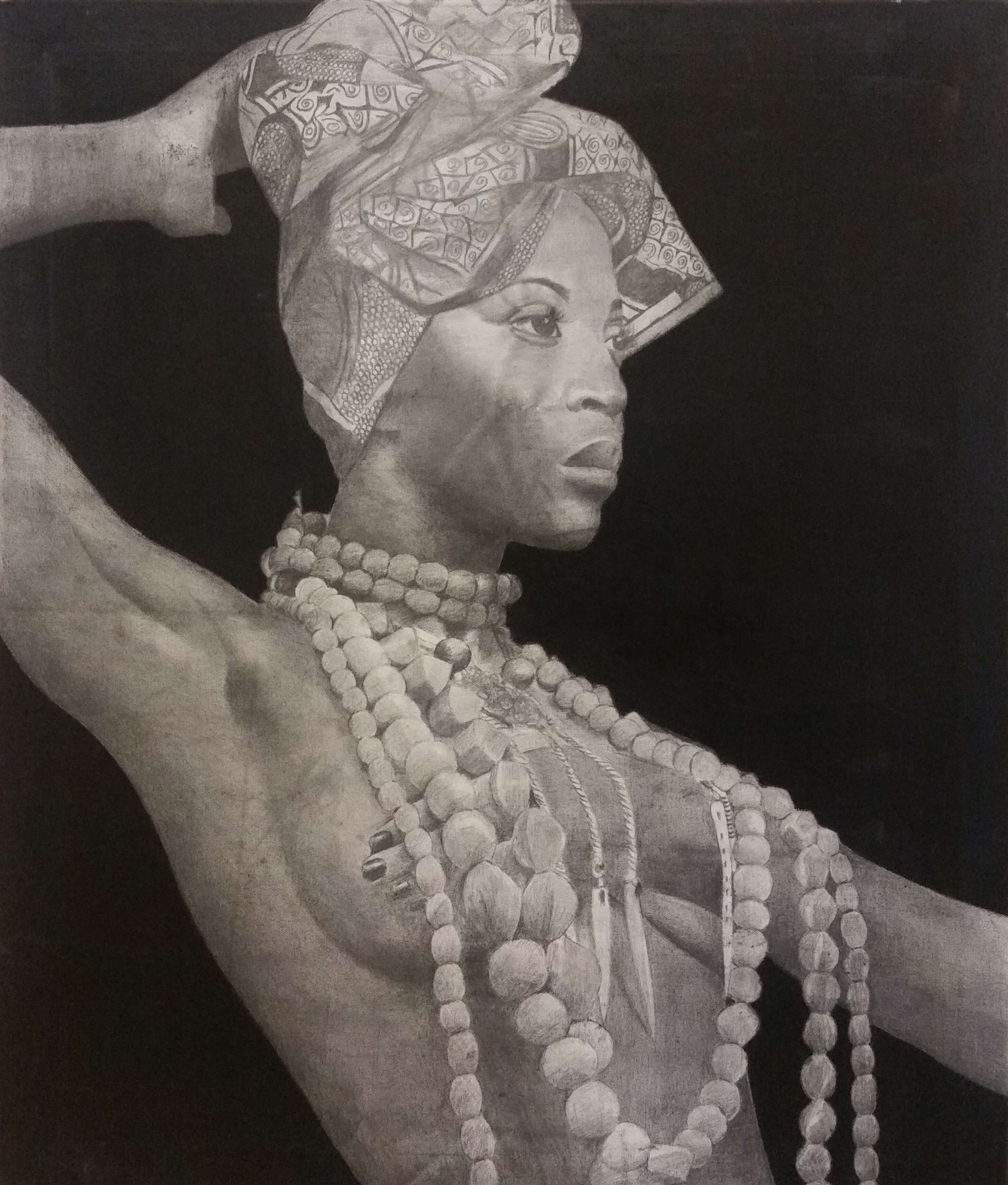 While it may be useful to compare exhibitions, I do not feel it is a valuable exercise beyond recognizing the historical significance of the exhibition as it relates to Felaspora. It becomes a useless exercise in attempting to forecast an exhibition other than that it should be a success measured in the same way all other shows are. Kroma went ways toward doing that, but we want more. 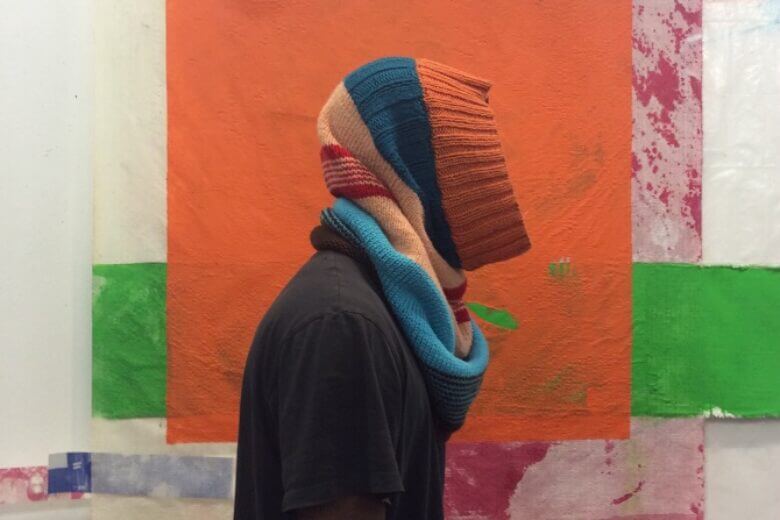 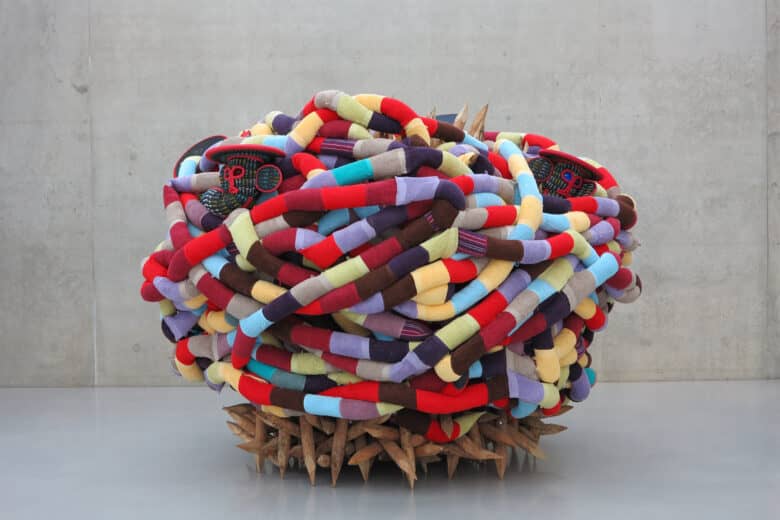