Every artist has a unique story. Vickie Pierre has one as well. She started as a painter, trained at SVA (School of Visual Arts, NYC). Although painting is what she really wanted to do, as often happens, things changed after she finished her studies and moved to Miami. She, like so many others, was struck by the light of the sky and its touch upon everything that transforms one’s eyes, seeing their art anew.

Today, Vickie Pierre has broadened her practice beyond canvas painting to include painting with collage on paper, and sculpture. We cannot forget her beautiful wall mural outside the former location of the Girls’ Club Collection in Fort Lauderdale that was a signature work.

“My work is informed and inspired by memory, fantasy, surrealism, popular culture and the decorative and ornamental arts. This inspiration has manifested itself in years of collecting diverse materials that often serve as muses in my daily practice and as physical elements within my assemblages and installations. My continued focus is on the exploration of self-identity, referencing design and nature, as well as connections between my Haitian culture and global cultural mythologies while concurrently considering feminine and historic tropes relative to contemporary cultural politics.” -Vickie Pierre

In her studio, she is currently working on a series of collaged works on paper. The transition took a bit of time, initiated by a spark or moment in seeing: a “glance” to solve a problem is how she describes it. Don’t we all have something that sparks inside of us before moving forward, or making an important change of some kind?

Finding hidden away wallpaper samples sparked Vickie and moved her in a different direction in media that has fully become realized in her current works on paper.

Vickie’s art-developing process involves a kind of “seeing” that is also a personal historical journey. There are meditative underpinnings, but there also are events of life that become markers along the long road that are just as important and memorable.

Her paintings on canvas, a practice she has set aside momentarily in preference for works on paper, are light, wispy, sensual, identity-based elements painted on smooth, luscious surfaces.

When she stopped painting on canvas, she wanted to keep the physicality of that type of creating to continue. The physicality of the body, interacting with, and in a battle or dance with the canvases. The bodily acts themselves are acts that she needed to perform because they allowed growth.

The amoeba-like forms within the works on paper evolved out of these older paintings, ones that started by Pierre’s exploration of Disney characters Snow White, Cinderella, and Sleeping Beauty—and their voluminous dresses. The gender specificity of Disney, pretty, petite, fanciful, magical, Vickie found unnerving and unsettling to the point of needing to investigate those notions in her work. These characters found their way into her home, and while they may have been embraced by some family members, Vickie found so many subversive ideas there that she decided to focus her art practice on them and their visual content. The notions promoted through Disney characterization provide a contrast with the African Diaspora child that cannot be ignored.

It suggests the subtle manipulation of the child’s mind, personhood, spirituality, sexuality, and creativity. Hence, the narratives of fiction and power relations, of biases and role playing. The social construct of race should be considered as foundational rather than as periphery to the production of those structures and forms.

Subversive, for children of color, using rubber stamps, she began making printed works to create another form, stamp printed on paper. An abstract physical design developed out of the process and then moved to the paintings. These forms continue to develop, and one might see them now as the black amoeba-like forms on her works on paper.

While working on paintings, Pierre also was collecting perfume bottles from her home, her family, and coalescing into her identity and selfhood. Her narratives are of the Caribbean and specifically, Haiti and its colonial history. The notions within the gender specificity of her work stand in stark contrast to the reality of the Caribbean. These are notions whereby humanness becomes differentiated by the inhuman objectification of indigenous and Black subjects.

Of the various elements found within her paintings, she teased out a bit, and they became the things she remains focused on: abstracted dress forms, the body, the bulbous or amoeba-like forms created from them. These elements now combine with cut-up papers and magazines for their abstract textures and colors to create different, yet familiar forms. Additionally, she still paints, but in a much smaller proportion to the whole piece.

The work now also has gone from two-dimensional to three-dimensional and back. The process and evolution of the work have remained tightly focused as before, but broader in scope. The rubber stamps began circa 2001, so Pierre’s has been an ongoing development process.

Working on several pieces at the same time and having the space to work on multiple works afford the artist the ability to work through moments of hesitation or through the need to take longer to refine elements. Vickie Pierre’s current studio is a large enough space to accommodate these moments.

While working with other artists as an assistant, she learned how to properly stretch canvas on a frame, to work with various materials, and she considers her present experience as a museum preparator as a culmination of some of her most valuable gifts from others. Even though she is being paid, the skills garnered are invaluable. 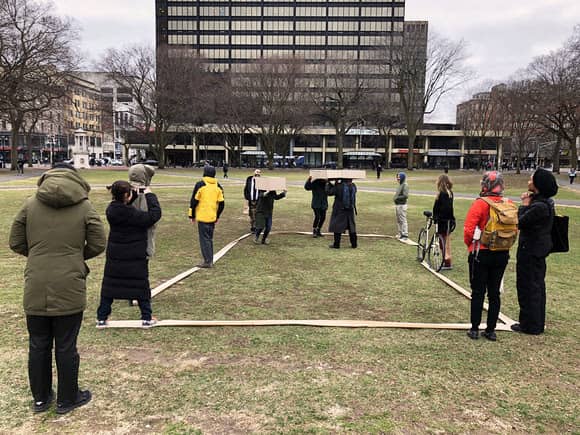 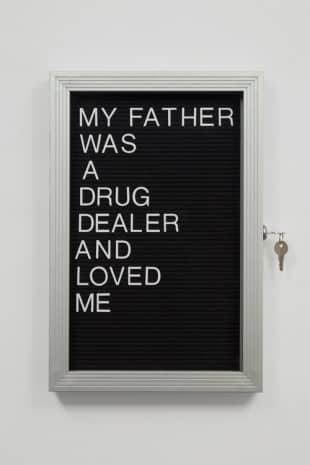 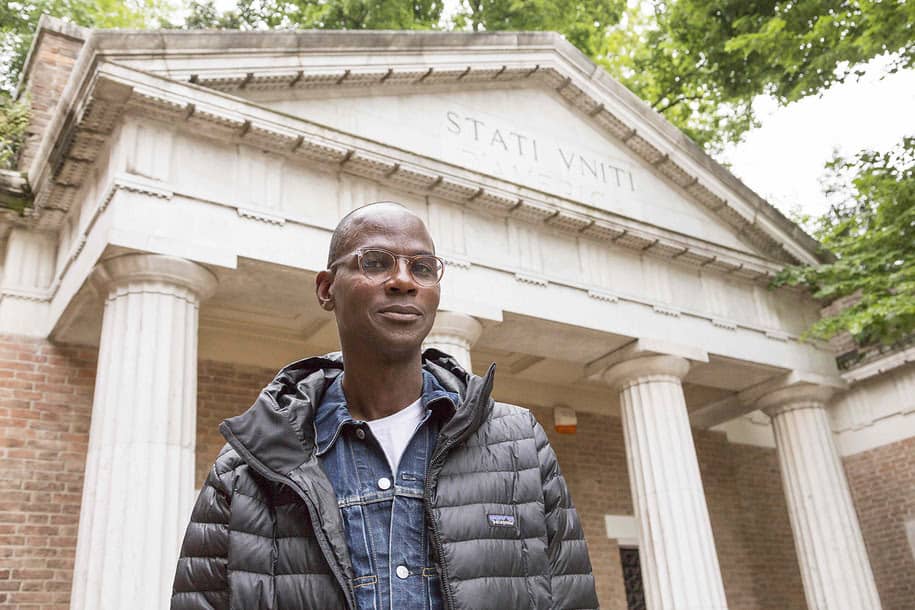