Since first introduced at Art Basel in 2000, Unlimited has become a key element of the show, providing galleries with an opportunity to showcase large-scale sculptures, video projections, installations, wall paintings, photographic series and performance art which could not be exhibited in a gallery booth.

Highlights of Unlimited will include Ai Weiwei’s ‘Stacked’ (2012), created out of 760 symbolic Forever Bicycles, the most widely used bicycles in China, presented by Galleria Continua (San Gimignano, Beijing, Boissy-le-Châtel). Presented by Galerie Thaddaeus Ropac (Paris, Salzburg), Sturtevant’s ‘Gonzalez-Torres Untitled (Blue Placebo)’ (2004) is a repetition of the most iconic conceptual work by the Cuban-born American artist who died of AIDS in 1996. Lisson Gallery (London, Milan, New York, Singapore) will present Pedro Reyes’ ‘Disarm (Mechanized) ll’ (2014), part of his ambitious international project in which confiscated firearms are used to fabricate musical instruments. Kader Attia’s large-scale installation ‘Arab Spring’ (2014), presented by Galleria Continua (San Gimignano, Beijing, Boissy-le-Châtel), addresses the failure of the revolution that swept across the Middle East in early 2011. The idea behind the work was triggered by the plunder of the Egyptian Museum in Cairo. Attia’s installation employs those same showcases that were smashed during the attack, which the museum has kept on display as an act of remembrance. Whenever the work is shown, the artist reenacts the revolts by destroying the display cases with stones, again and again. The work reflects on how riots are motivated by the utopian revolutionary idea to improve the world through change. Presented by Luciana Brito Galeria (São Paulo), Héctor Zamora’s installation of eight suspended parachutes ‘OG-107 Scenery’ (2012) challenges the limits of gravity, commenting on political structures. As simple as walking may seem to most of us, for the characters in Martin Creed‘s video ‘Work No. 1701’ (2013), presented by Gavin Brown’s enterprise (New York, Los Angeles) and Hauser & Wirth (Zurich, New York, London), it is an concerted effort; their gaits and rhythms becoming conspicuous parts of their personality. Stephen Friedman Gallery (London) will show David Shrigley’s participatory work ‘Life Model’ (2012) in which a three-meter high sculpture will be displayed in a traditional life class drawing room, with visitors invited to draw what they see. Tanya Bonakdar Gallery (New York) will present Olafur Eliasson’s ‘Your space embracer’ (2004), a historically significant work in his practice using light as both tool and subject. John Gerrard’s ‘Solar Reserve (Tonopah, Nevada) 2014’ (2014), presented by Thomas Dane Gallery (London), is a computer simulation of a power plant surrounded by 10,000 mirrors which adjust themselves in real time with the weather.

Wu Tsang’s video installation ‘DAMELO TODO // ODOT OLEMAD’ (2010-2011/2014) combines fiction with documentary to address the subject of ’safe spaces.’ The film is based on a short story by Raquel Gutierrez and on Tsang’s own experiences. The work will be presented by Galerie Isabella Bortolozzi (Berlin). Presented by Long March Space (Beijing), Liu Wei’s ‘The East No. 5’ (2015) is a mural-sized oil painting of vertical and horizontal lines, his largest painting to date. Presented by Hauser & Wirth (Zurich, New York, London) and ShanghART Gallery (Shanghai, Beijing, Singapore), Zhang Enli’s ‘Space Painting’ (2014) is created out of 205 cardboard boxes, the interior of which is painted by the artist.

Historical works shown within Unlimited will include Dadamaino’s ‘Il movimento delle cose’ (1993), presented by Tornabuoni Art (Paris, Florence, Milan, Forte dei Marmi, Portofino), a rare installation of her monumental polyester work. David Zwirner (New York, London) will present ‘European Couples’ (1966-1971) by Dan Flavin. Comprising nine works, the installation, dedicated to European friends and colleagues who influenced Flavin, demonstrates the artist’s interest in serial and permutational configurations. Presented together, they produce an immersive, site-specific environment of light and color. Fergus McCaffrey (New York, Saint Barthelemy) will present ‘An Extended Gray Scale’ (1973), which provides an insight in Marcia Hafif’s investigation into minimalist painting beginning with a white canvas and ending with a completely black one. Presented by Sprüth Magers Berlin London (Berlin, London), Kenneth Anger’s most iconic film ‘Inauguration of the Pleasure Dome’ (1954-2014) will be screened in its most recent re-edited version. Never shown publically before as a whole, Emilio Vedova’s ‘…in continuum’ (1987-88), presented by Galleria dello Scudo (Verona), is a group of 109 works on canvas of various sizes placed to invade the architectural space. Peter Freeman, Inc. (New York, Paris), Galerie Jocelyn Wolff (Paris) and Skopia P.-H. Jaccaud (Geneva) will jointly present the largest ‘Wallformation Gelbmodellierung’ (1980-1981) by Franz Erhard Walther. Not having been displayed since 1989, the work can be seen as an image, a sculpture or an action space all at the same time. It will be shown together with historical photos of the artist’s original activation. Presented by Galerie Thomas Zander (Cologne) ‘Office at Night’ (1986) is one of Victor Burgin’s seminal and historical pieces which deconstructs Edward Hopper’s famous painting of the same name. Gianni Colombo’s experiential ‘Architettura cacogoniometrica. Ambiente’ (1984), presented by A arte Invernizzi (Milan), is made of PVC columns and redefined the environmental and the spatial idea of art at the time.

A limited-edition catalog, published by Hatje Cantz Publishers, accompanies the exhibition and includes descriptive texts and images about each artwork. The catalog is for sale at the show as well as in bookshops. Cost: CHF 40.For the latest updates on Art Basel, visit artbasel.com, find us on Facebook at facebook.com/artbasel or follow @artbasel on Instagram, Google+, Twitter, Weibo and Wechat.

The Studio Museum in Harlem Announces New Season of inHarlem 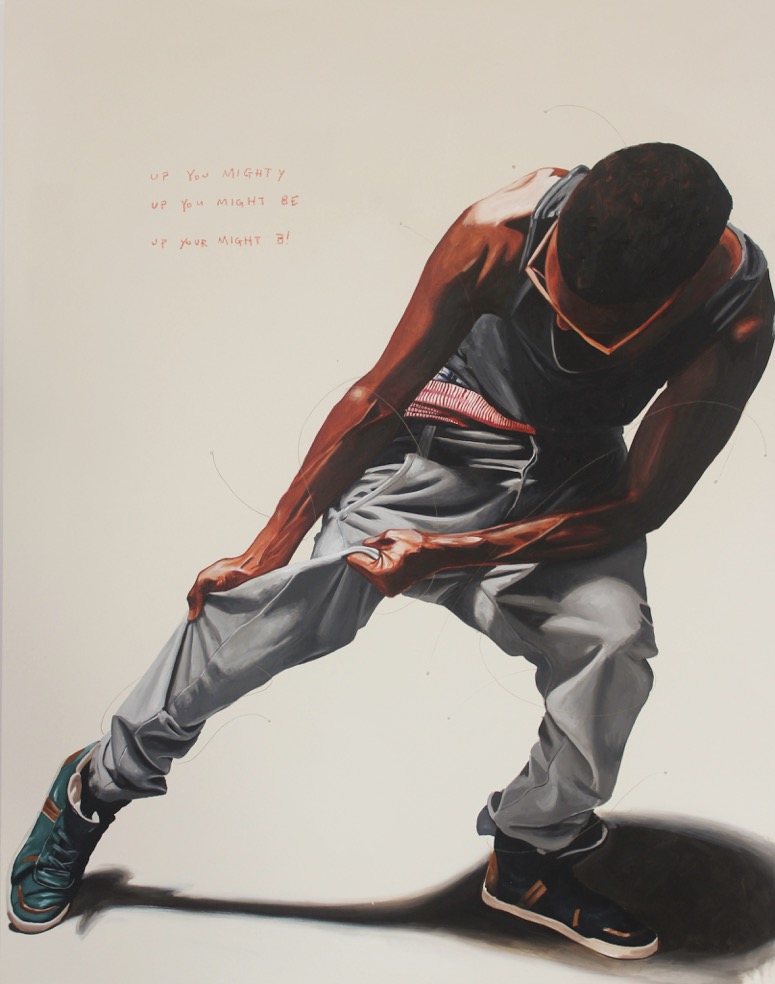