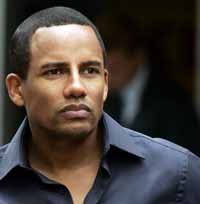 “I’ve been wanting to have my own multicultural children book publishing imprint for some time,” Hill Harper said. “My focus is on publishing books about black issues. I have always wanted a children book imprint that represents our voices. This is an extension of my belief that you manifest your own destiny in life.”

The Wiley Boys by Hill Harper, is about three sports-obsessed adopted brothers who stumble across an advertisement that leads them to being junior agents at the Sports Bureau of Investigations. This book is available online at Amazon, Barnes & Noble and other online stores including the book’s web site at www.wileyboys.com

The second title, Willow Fedler’s Rules for Girls by Pamela Wells, is about a 12-year old young “Oprah” who shares advice and experiences as she shares stories about growing up. This book is available on the Amazon Kindle and the Barnes & Noble Nook.

The Heartbreakers series is scheduled to become a movie in 2013 called “Hot Mess” featuring Disney actress Selena Gomez. Gomez, who is currently dating teen singer Justin Bieber, is in talks to play Alexia Bass in the film.Hill Harper is the best-selling author of several adult non-fiction books that have been New York Times bestsellers, including Letters to a Young Brother, Letters to a Young Sister, The Conversation, and The Wealth Cure. He can currently be seen as Dr. Sheldon Hawkes on “CSI: New York”.