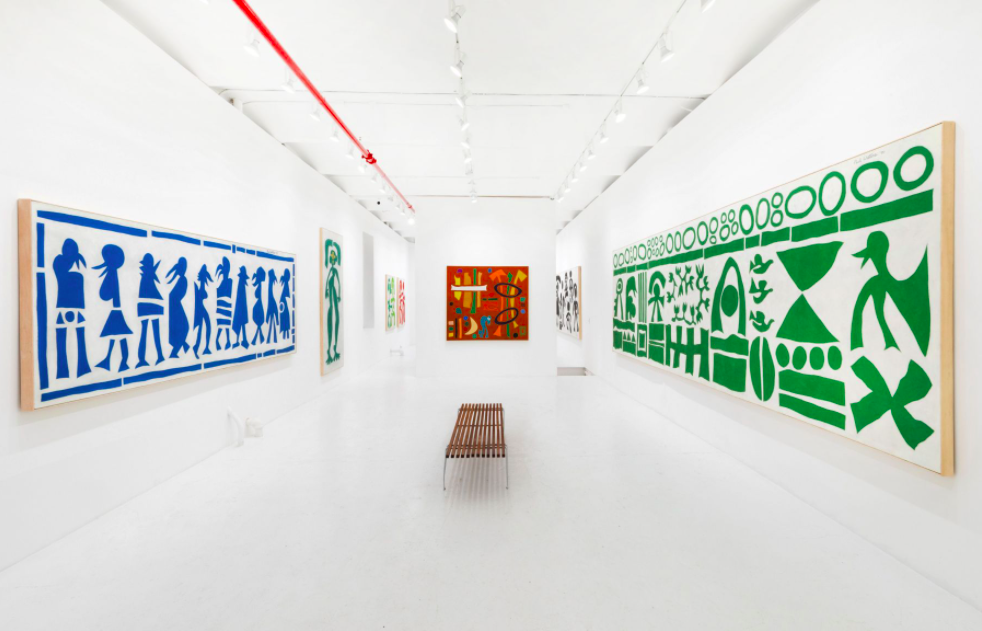 On view will be several canvas collages, ranging from midsize to monumental: richly colored, celebratory, playful, and immediate works. Painted silhouettes suggesting primordial forms and imaginary animals are arranged and collaged onto canvas supports in rhythmic patterns. It is a unique process and vision, and these works have only rarely been on view.

Paul Waters, who still lives and works on the Bowery in lower Manhattan, is an African-American artist whose works are concerned with direct communication and an intuitive process. Waters exclusively used his hands and fingers to apply paint, rather than brushes. The paintings reflect his interest in indigenous traditions, teaching and children’s books, as well as Western painting. His use of scissors as a “drawing” tool connects his work to that of Matisse.

Waters was the subject of a solo exhibition in 1968 at the Brooklyn Children’s Museum. He was included in several historic shows of African-American artists in the 1970s, including “Afro American Artists: New York and Boston,” Museum of Fine Arts, Boston (1970); and Contemporary Black Art: A Selected Sampling, Florida International University, Miami (1977). The current show will include several paintings originally presented in these historic exhibitions.

The silhouetted forms in his paintings suggest dancers, birds, imaginary animals, female warriors, and plants, as well as purely geometric, abstract shapes. Waters often used sap green as a base color and Chinese white as a layer color for the canvas supports. His handprints are visible upon close viewing. This process, and the layers of paint, gives his work complex textural qualities, despite the monochromatic fields of color.

As a child growing up in Philadelphia, Waters attended Saturday classes at the Fleisher Memo- rial Art School. Waters was also fascinated by his parents’ collection of original African art and artifacts from tribes including the Bariba, Ndebele and the Toma people. He has taken inspiration from them and also rock and cave paintings in his work.

Waters graduated from Goddard College in Vermont, where he studied with Hungarian Abstract Expressionist Joseph Fulop. He also studied privately and worked closely with Romare Bearden. Waters received his Master’s degree from the Bank Street College of Education, New York. He traveled to Europe, Asia, the South Pacific and South America, and extensively through the African continent, before making his home and studio on the Lower East Side of Manhattan in the 1960s.

Romare Bearden, who lived around the corner, became an important mentor and friend. Waters spent many hours at Bearden’s home and studio in long discussions about art. Waters’s community on the Bowery also included the photographer Robert Frank, Tom Doyle and Eva Hesse, Robert Rauschenberg, Adolf Gottlieb. Amiri Baraka (then LeRoi Jones), musicians Charlie Mingus and Archie Shepp, and William Burroughs, who was living at 222 Bowery while writing Naked Lunch. They all tended to see each other at a breakfast and lunch shop called Moishe’s.

Waters has also been an influential arts educator and cultural programmer throughout his career. He served as a principal of both a school in a prison and a detention center in Newark, New Jersey. This led to Waters curating a major, scholarly exhibition for the Newark Museum in 1971: “Black Artists: Two Generations.” The show balanced work from the permanent collection of the museum, with work by younger artists, many of whom Waters met through grassroots community outreach.

Waters was the Director of the Department of Community Affairs, Newark Museum, Newark, NJ from 1972-75. His role was to improve and engage relationships between the local community and the museum, during a time of division. From 1975-79, Waters served as Director of the Jamaica Arts Center, Jamaica, NY. There, he curated a major exhibition of the master printmaker Robert Blackburn. He also curated a historical collection of Black Theater on Broadway. 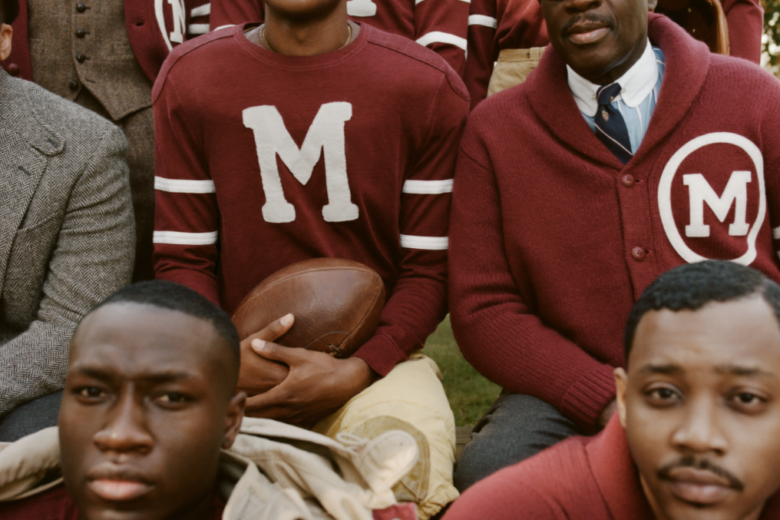 This Week in Black Art: Ralph lauren Partners with HBCU's, Jazz in the Gardens was Lit and more