This week in African art and culture, we bring news of excellence that showcases artists who are working on and off the continent. A British-Malawian artist is the winner of a commission to install art at the famous tourist site in London. A Kenyan artist has an ongoing exhibition in Paris on identity. Sensational Ghanaian rapper Sarkodie has been named artistic director for his country’s culture festival in London this July. A Ugandan poet wins a notable prize in the U.K., and a much anticipated fashion collaboration is revealed in time for spring/summer. Malawian born artist and writer Samson Kambalu has won a commission to show his work, Antelope in late 2022 at Trafalgar Square in London. A tribute to anticolonial rebel John Chilembwe (1871-1915), Antelope re-stages a photograph of Chilembwe, a pan-Africanist and Baptist preacher, and John Chorley, a white European missionary.

The photograph was taken in 1914 at the opening of Chilembwe’s new church in Nyasaland, now Malawi. Chilembwe has a hat on, in defiance of the colonial rule that forbade Africans from wearing hats in front of white people. Chilembwe distributed the photograph as propaganda before leading an uprising against colonial rule. He was killed, and his church, which had taken years to build, was destroyed by military police. Kambalu plans to show Chilembwe as larger than life, while Chorley will be the size of other statues in the square.

Kambalu, excited about the win said, “For me this is like a litmus test for how much I belong in British society as an African, a cosmopolitan.”

Ekow Eshun, the chair of the Fourth Plinth commissioning group, said they received 17,500 public votes—more than ever. “This year was an incredibly strong shortlist from six incredibly exciting contemporary artists,” he said. “I am thrilled at the outcome and very much looking forward to seeing the new works on the plinth.”

Malawi-born Kambalu lives and works in Oxford, where he is an associate professor at the Ruskin School of Art and a fellow of Magdalen College. He was chosen from a shortlist of six artists. The other artists on the shortlist included Nicole Eisenman, Goshka Macuga, Ibrahim Mahama, Paloma Varga Weisz and Teresa Margolles, who was the second artist chosen. Her work will appear at the Fourth Plinth at Trafalgar Square in 2024. Kenyan photographer Thandiwe Muriu’s CAMO series is on view at 193 Gallery in Paris, and since its opening, Muriu’s works continue to receive acclaim. In most of the works, the viewer would find Muriu’s subjects blending in the background with a part of themselves standing out.

CAMO, a project which began in 2015, started as a way to appreciate African fabric, but Muriu quickly realized there was so much more to say beyond that to explore other aspects of identity.

“If I speak of African beauty,” Muriu said, “I need to focus on more than what we wear and explore who we are and how that makes us uniquely beautiful. I am so proud to come from this continent! To me, being African means being colorful and full of life.”

With that in mind, Muriu explored the use of certain items, objects and styles that reflect her Kenyan culture. Speaking more on her concept for this series, she added, “We often wear our hair in braids or chemically straightened, even though we have a rich history of beautiful, architectural hairstyles that are being forgotten. I incorporate this into my work to spark conversation around how we can wear it today. I like to call it ‘modernizing history.’ Our dark skin, too, is one of our most striking features, and I want to encourage young girls to celebrate that.”

Although Muriu was keen to address these pressing issues, she wanted to approach them in a more accessible and playful way, and she achieved this by using graphic fabrics as backdrops and everyday objects as props—items that every Kenyan could recognize from use in their homes such as bottle tops, plastic combs, sieves, straws and even bottle-cleaning brushes.

The series is titled CAMO because of the way the subject of each image camouflages into the background. It’s a commentary on how many times we can lose ourselves in cultural trends and societal conditions when there are unique aspects to each individual.

Ghanaian rapper Sarkodie has been announced the creative director for this year’s Ghana Party in the Park open-air festival taking place in London on July 24, 2021.

Organized annually for the Ghanaian community by Akwaaba U.K. since 2005, the festival program features activities such as music, dance, fashion shows and food fairs. The festival has attracted more than 8,000 visitors from the U.K., U.S., Canada and mainland Europe in the past, making it one of the biggest Ghanaian events outside of the West African country. Last year, the event was held virtually due to COVID-19 concerns.

In his new role, Sarkodie will oversee the festival’s overall artistic direction, curate performances and develop strategic partnerships with stakeholders. The musician hopes that his wealth of experience as an artist and a past performer on the Ghana Party in the Park stage will go a long way to ensure the festival’s success and growth.

“I came on board not just because I’m Sarkodie and I want to perform,” Sarkodie said at the festival’s launch in Accra, Ghana. “I don’t think that will be a big deal. I’ve been working with the organizers for a while, and I know that me being in the industry for a very long time means that there’s a little touch we can add, especially when it has to do with the artists. I’m sitting here representing the artists that are going to perform and make sure that they have the best as soon as they touch down in London.”

Ugandan poet, Nick Makoha is the 2021 winner of the Ivan Juritz Prize for the text category.

Established in 2014, The Ivan Juritz Prize celebrates the creative explosion of the modernist era and reward art that seeks to “make it new.” Postgraduate students throughout Europe either from traditional academic disciplines or from creative courses are invited to submit texts, films, musical compositions, virtual documentation of artwork, excerpts of moving image work and proposals for installation and performance. The prize is worth £1,000 (U.S. $1,390) in each of three categories: text, sound and visual arts.

The jury for the 2021 selection includes Will Eaves, Josephine Pryde, Richard Scott and Arlene Sierra. The jury announced the winner in the text category as Nick Makoha for A Low-Pressure System, part of a sequence that explores the Entebbe hijacking in 1976. It is a dramatic retelling of those events, paralleled against Nick’s life, and key historic events and other intertwining material linked by the motif of flight. It hopes to expand on the range of viewpoints usually brought to bear on this story.

Nick uses airport codes as the titles of poems, and as points of inquiry about liminality at airport terminals, as well as poems of the immigrant experience. The motif of flight is rendered through the myth of Icarus, and references a work by Basquiat, who painted Icarus Esso, 2002.

2021 Judge Will Eaves said, “Nick’s poems take as their starting the hostage rescue mission at Entebbe international airport in 1976. The complex geopolitics of that operation resonate in the lifelong self-fashioning of a writer with many allegiances who fled Uganda for the United Kingdom as a child but for whom the words ‘exile’ and ‘migrant’ are mere static views of something more essential, a process of endless transformation to the person in perpetual flight.”

Nick Makoha, the founder of the Obsidian Foundation, won the Brunel International African Poetry Prize 2015 and the Toi Derricotte & Cornelius Eady Prize for his pamphlet, Resurrection Man (2016). He is the poet who has written the books Kingdom of Gravity (2017), The Dark (2018), Resurrection Man (2016), The Second Republic (2005), and Lost Collection of Invisible Man (2005). Above: One of the collaborative designs by Kenneth Ize and Karl Lagerfeld.

African fashion designer Kenneth Ize and fashion brand Karl Lagerfeld have finally unveiled the launch of their Spring/Summer 2021 capsule collection. Their collaboration was first announced in June of last year.

Excited with this initiative, Ize had commented, “The breadth of Karl’s work has been very inspiring to me, and it’s an honor to be working with his namesake maison. Our vision is to combine Karl’s Parisian-chic aesthetic with elements of traditional African artistry.”

True to their promise, the collection fuses elements of European and Nigerian style to celebrate culture, a range of gender-neutral styles and accessories as well as a mix of colors inspired by the traditional Aso Oke cloth worn by the Yoruba people of Western Nigeria.

Ize considers the collaborative experience to have enabled his creativity. “This job has brought me out to be more pronounced and profound, to be stronger, more confident. I know what I want to design, I know how I want to explain things.”

On the launch, he added, “It’s finally here. The launch of my collaboration together with the legendary house of Karl Lagerfeld. I couldn’t be happier and ecstatic to celebrate the collection with you all.” 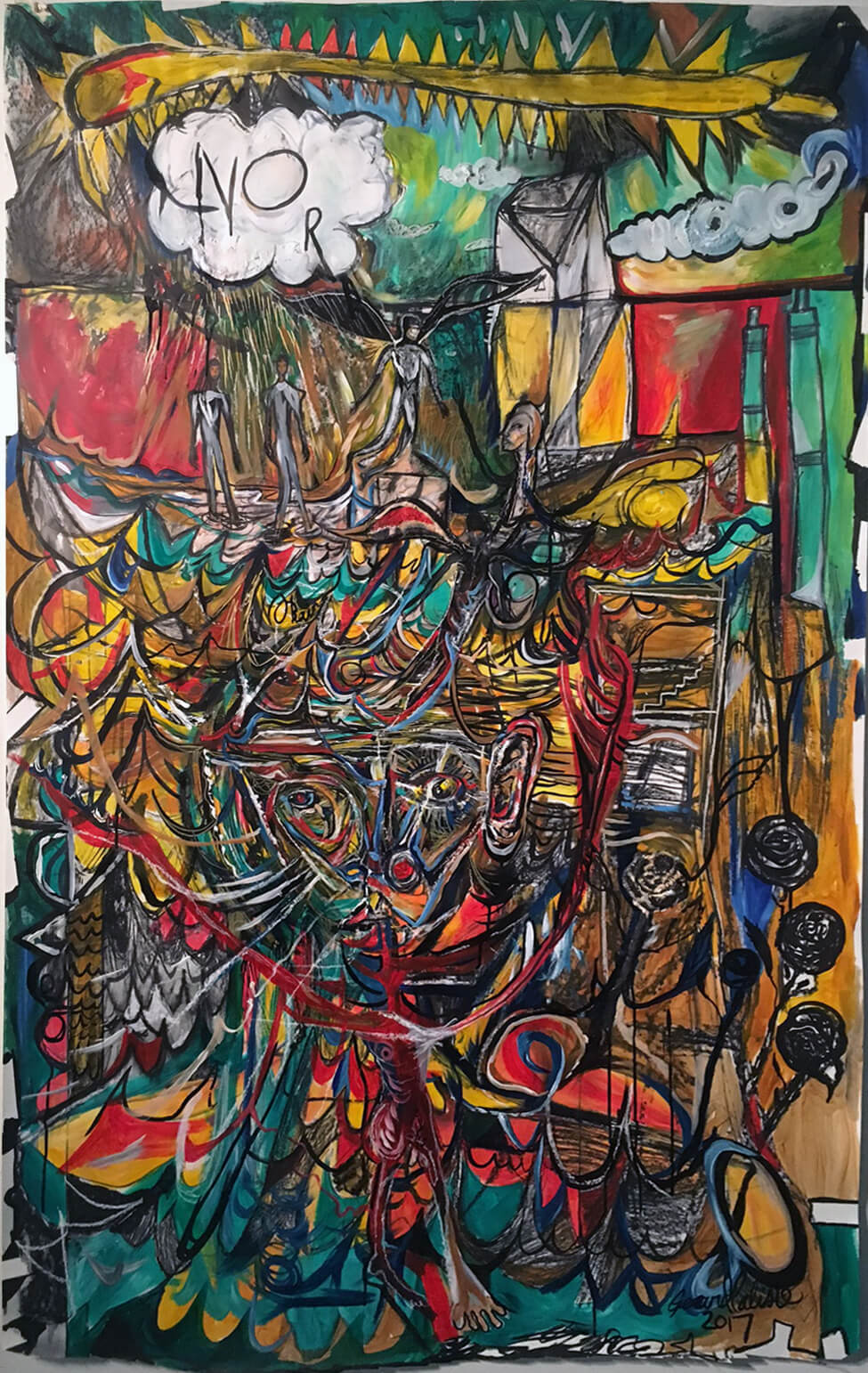 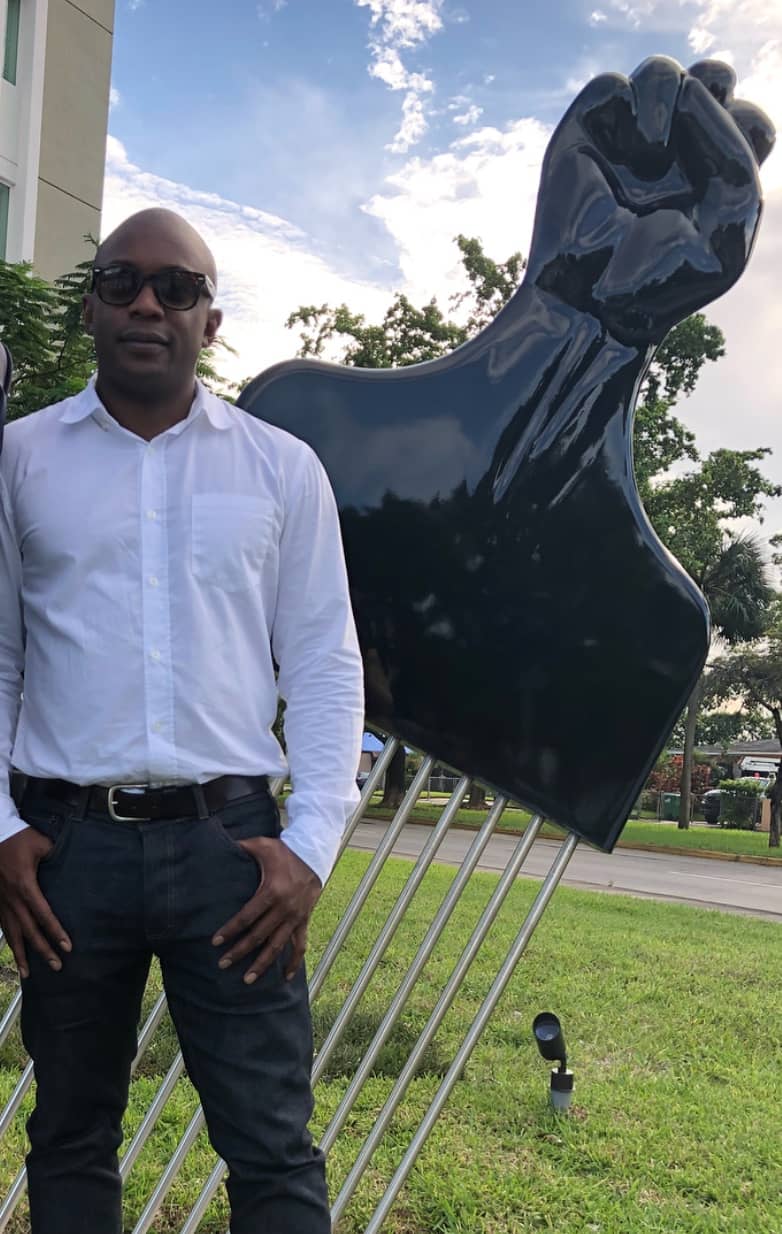 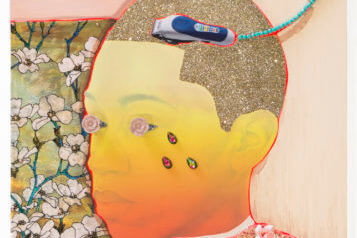 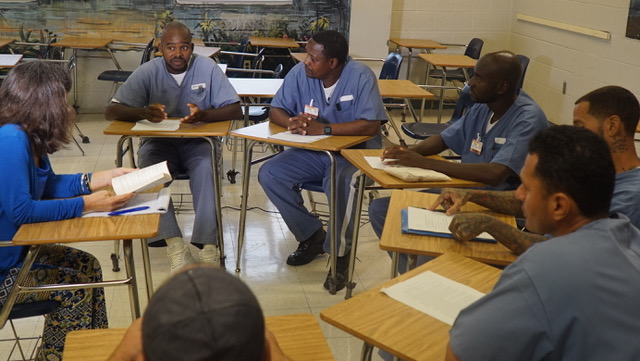