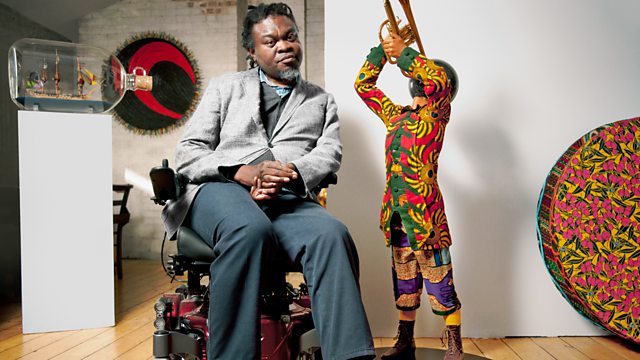 This week in African art and culture, renowned British-Nigerian artist Shonibare is named coordinator for the world’s largest contemporary art exhibition taking place in the U.K. In Lagos, a one-time celebrated artist from the Nsukka Art School returns to the Nigerian art scene since her departure many decades ago. A South African actor has been announced to star alongside two Oscar-winning actors in Hollywood, and an Angolan musician, now an author joins the list of prestigious writers under U.K. publishing house Faber and Faber, with his debut novel…

Renowned British-Nigerian artist Yinka Shonibare RA has been announced coordinator of the 253rd Summer Exhibition Committee in 2021. For this year’s edition, the committee members are Royal Academicians Tony Bevan, Vanessa Jackson, Mali Morris, Humphrey Ocean, Eva Rothschild, Bob and Roberta Smith and Emma Stibbon. David Adjaye will curate the architecture gallery. The committee will be chaired by the president of the Royal Academy (RA), Rebecca Salter.

Shonibare will explore the theme, Reclaiming Magic for this year’s exhibition and celebrate the joy of creating art. He also plans to include some work that has not been made in a “Western tradition.”

Shonibare said that Reclaiming Magic is an exhibition that seeks a return to the visceral aspects of art making. It will transcend the Western canon, which formed the foundations of the Royal Academy and Western art history’s points of reference. The exhibition will celebrate the transformative powers of the magical in art and return to the ritualistic and the sheer joy of making.

The Summer Exhibition is the world’s largest open-submission contemporary art show and has taken place every year without interruption since 1769. The members of the Summer Exhibition Committee serve in rotation, ensuring that every year, the exhibition has a distinctive character, with each Royal Academician responsible for a particular gallery space. Works from all over the world are judged democratically on merit and the final selection is made during an eight-day hang within the galleries. The RA expects to receive approximately 15,000 entries, and about 1,200 works in a range of media will go on display.

As the world’s largest open submission contemporary art show, the Summer Exhibition provides a unique platform for emerging and established artists to showcase their works to an international audience, comprising a range of media from painting and printmaking to photography, sculpture, architecture and film. Royal Academicians are automatically entitled to submit up to six works to the Summer Exhibition and the rest of the exhibition features work by those invited by the committee and external entrants.

Ada Udechukwu Returns to the Nigerian Art Scene with a Solo Exhibition titled Particles in Motion at The Wheatbaker, Lagos

Currently on view at the Wheatbaker, Ikoyi, Lagos, Nigeria is Ada Udechukwu’s Particles in Motion. The artist returns to Nigeria’s art scene after many years since her departure to the United States, featuring 36 new drawings and 10 poems. Her work is fueled by an exploration of bi-racial identity and connecting with otherness, alongside universal themes of love, community, and the need for connection, especially during the pandemic, which has deeply isolated populations across the globe.

The exhibition explores Udechukwu’s connection to her cultural roots; an ode to diverse layers of memory from her youth growing up in the rolling hills of Enugu and Nsukka, through her artistic journey, to finally settling in Los Angeles, where she lives today. Her art and poetry convey a sense of pure instinct, spontaneity, and unfiltered raw expression of emotion. The rounded forms and patterned, undulating lines create a universe of emotional connections in which we gently embrace the physical, emotional and spiritual arrivals and departures of this thing called life.

Ada Udechukwu (born 1960) holds a Bachelor of Arts in English and literature from the University of Nigeria, Nsukka and a Master of Fine Arts in creative writing and literature from Bennington College, Vermont. Since the early 1980s, Udechukwu’s creative voice gained momentum through her textile creations, her pen-and-ink drawings and watercolor paintings, alongside her writing. Two years after completing her M.F.A., Udechukwu was shortlisted for the prestigious Caine Prize for African Writing for her short story, Night Bus.

Particles in Motion draws the viewer into a complex world of nuance, flow and depth. Her lines and voids, deeply influenced by the traditional Igbo art of uli, draw emphasis on brevity of statement, linearity, abstraction, and the balance of positive and negative space in composition. 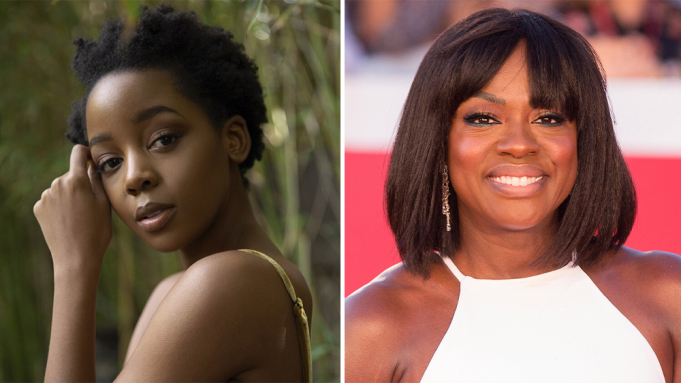 South African actor Thuso Mbedu recently shared that she will return to South Africa to shoot a new feature film titled, The Woman King. She is to star alongside Oscar-winning actresses Viola Davis and Lupita Nyong’o. The Woman King is based on historical events that took place in West Africa’s powerful female warrior dynasty, the Dahomey Kingdom, between the 18th and 19th centuries.

In an Instagram Live interview with South African actor and YouTuber Stephanie Ndlovu, Mbedu revealed that The Woman King will be shot in South Africa. Mbedu anticipates her return to the country as she has been in the U.S. for over a year filming the historical drama series, The Underground Railroad, which premieres May 14 on Prime Video.

The Woman King follows the story of Nanisca, played by Davis, a general of the all-female military—and her daughter Nawi, portrayed by Nyong’o. The mother-daughter duo made history through their fight against French enslavement and enduring battles against other African nations that attempted to enslave the people of Dahomey. The female-only Dahomey warriors lived in Benin and were known for their formidable military discipline and fearlessness.

Mbedu’s 2018 Emmy-nomination for her astounding performance in the local drama series, Is’thunzi instantly made her an international hit. In The Underground Railroad, she plays the character Cora, a slave woman who escapes a Georgia plantation on a train, only to be pursued by slave hunters. The thrilling, eleven-part series is directed by Barry Jenkins, known for his work on the Oscar-winning film, Moonlight. 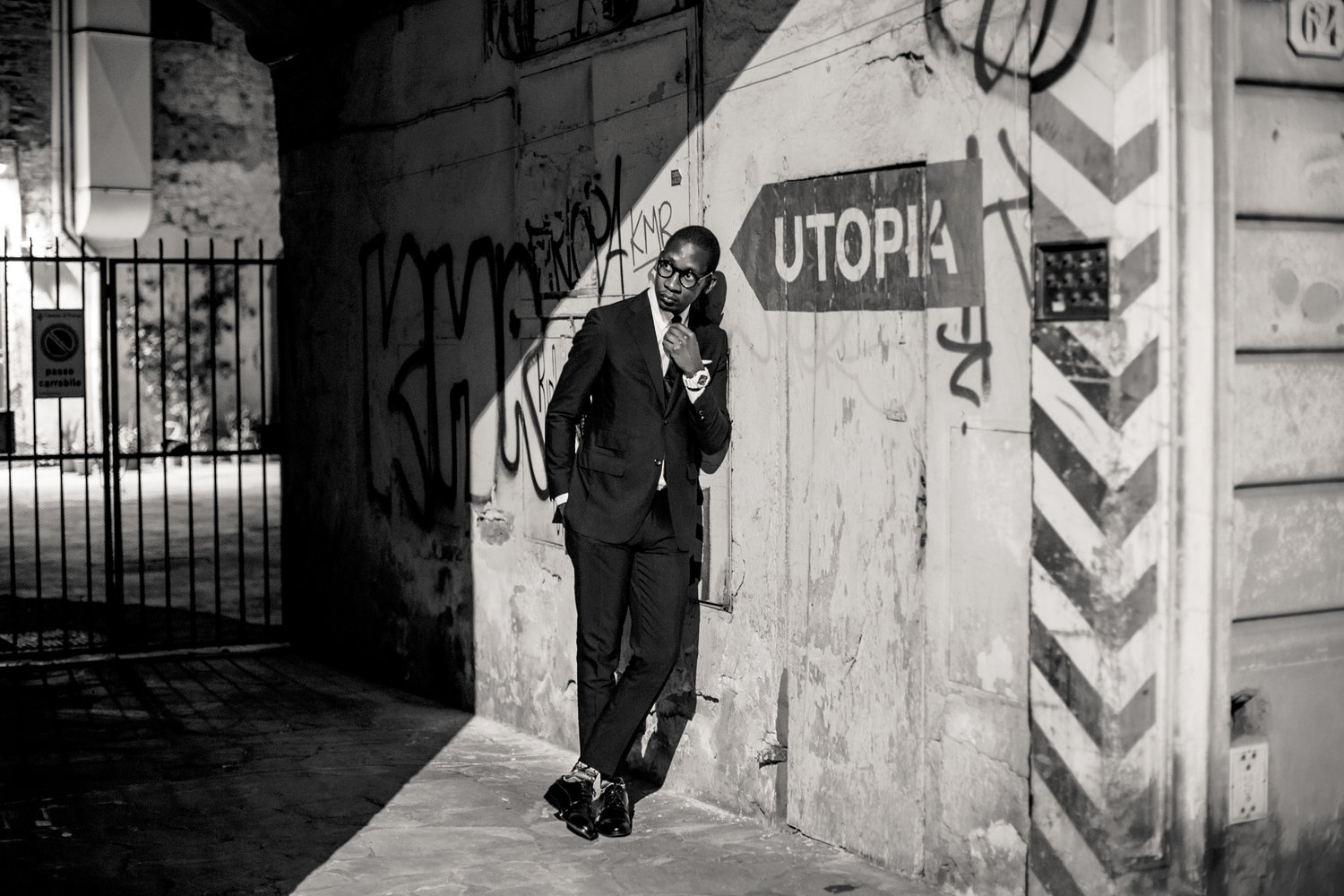 According to the publisher, the novel “tells the story of Kalaf, an African musician stopped at the Norwegian border on suspicion of being an illegal immigrant. While in a cell, he considers his own story and how it intertwines with the musical genre of Kuduro. Another character in the novel is Sofia, a Portuguese girl at the heart of the Lisbon dance scene, and Viking, a Norwegian policeman who has Kalaf’s fate in his hands.”

Kalaf Epalanga is an Angolan writer and musician. Originally written in Portuguese and translated by Daniel Hahn, the novel is scheduled for publication in the spring of 2023. The Bookseller reports that translation and screen rights will be handled by Blake Friedmann Literary Agency in association with Laxfield Literary Associates.

The James Tait Black Memorial Prizes, awarded for literature written in the English language, are Britain’s oldest literary awards. The prizes, based at the University of Edinburgh in Scotland, were founded by Janet Coats Black in memory of her late husband, James Tait Black, a partner in the publishing house of A & C Black Ltd in 1919. The awards are given for fiction and biographies written in English and published in the previous calendar year each worth £10,000 ($13,990) to the winner.

The winners will be selected by the professor of English literature at Edinburgh University, assisted by Ph.D. students, and announced in August at the Edinburgh International Book Festival at the University of Edinburgh’s College of Art. 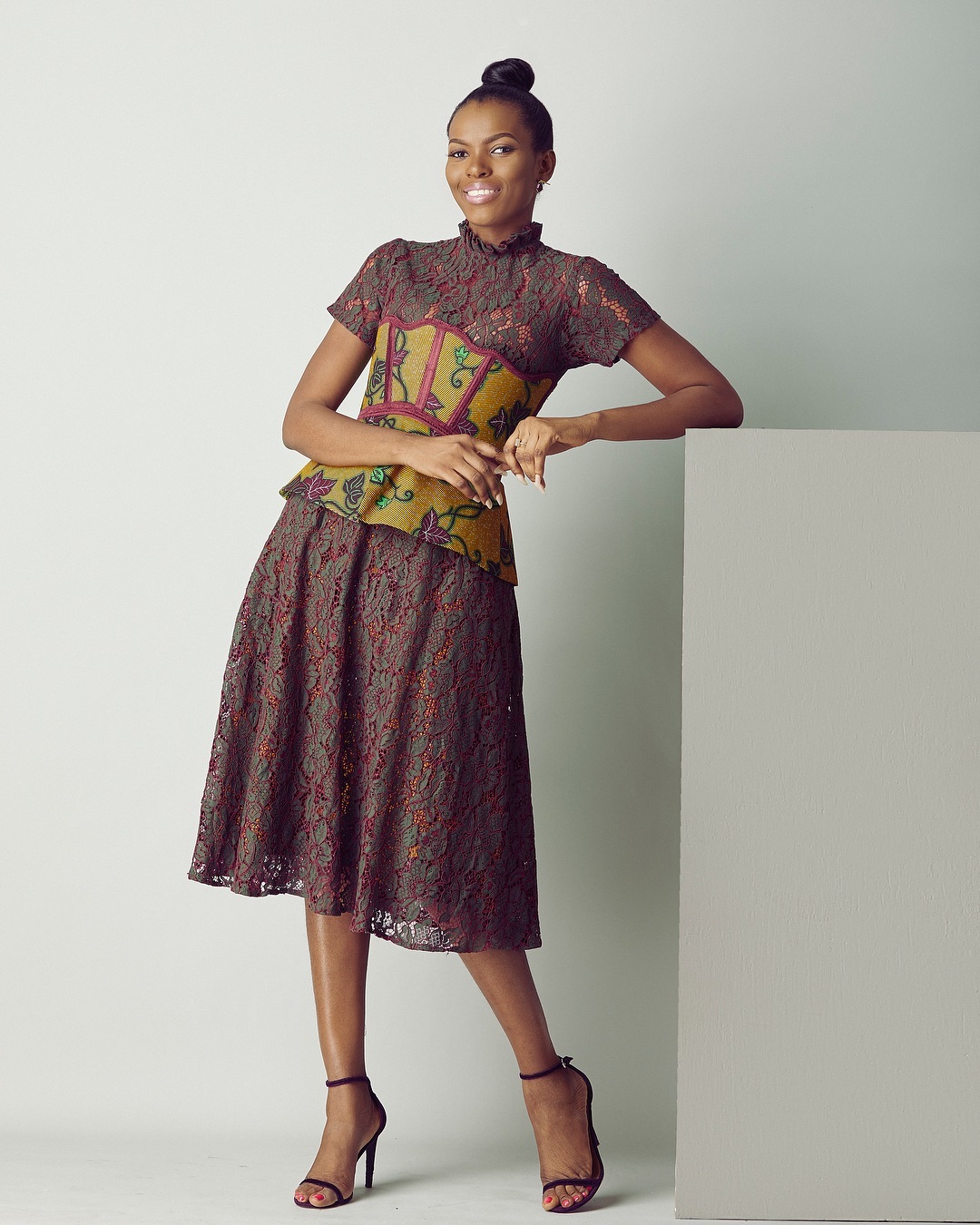 African fashion designers Christie Brown from Ghana, Loza Maléombho from Ivory Coast, Simone et Élise from Ivory Coast, and Yeba Olaye, based in Belgium, have been selected by a new female-led investment company, Birimian, to receive investment funds that will help them meet boosted demand on a global scale.

These designers, who were selected based on their social media engagement and existing international sales, will be supported with finances, production and distribution, access to fashion stakeholders, working with Fédération de la Haute Couture et de la Mode, Institut Français de la Mode, trade show Who’s Next and fashion prize Andam. They also will undergo financial due diligence with Ernst & Young and market positioning with consultancy Nelly Rodi to construct a five-year business plan.

According to Laureen Kouassi-Olsson, founder and chief executive, Birimian seeks to be the first operational investment company dedicated to scaling African fashion brands into global luxury houses. It will invest in 10-15 brands by September and mentor 20 more without taking a stake. It also will invest between $30,000-$3 million and will support high-potential brands from Africa and its diaspora with production, financial planning and distribution on the back end.

Loza Maléombho, who faces the challenge of meeting the growing demand of her business due to lack of training and infrastructure, will receive $150,000 of the investment to strengthen her business. Yeba Olaye aims to build the “African Celine,” focusing on timeless luxury handbags for intellectual, strong women featuring designers such as Phoebe Philo, and will be stocked in luxury retailers like Net-a-Porter, while Christie Brown whose brand size is bigger (with 86,000 Instagram followers, $600,000 in annual revenue and 40% of sales coming from international markets) will receive a $500,000 investment to scale its production.

“That’s what Birimian is all about. It’s creating a community of investors, of key industry strategic stakeholders to surround African brands and accelerate their expansion,” said Laureen Kouassi-Olsson.

Alexis Rai Gaynor Hernandez, director of digital strategy and partnerships at the African Fashion Foundation believes this initiative will build African fashion brands that are commercially viable for the long term while focusing on production and operations and will challenge designers to idealize new models versus chasing the old. 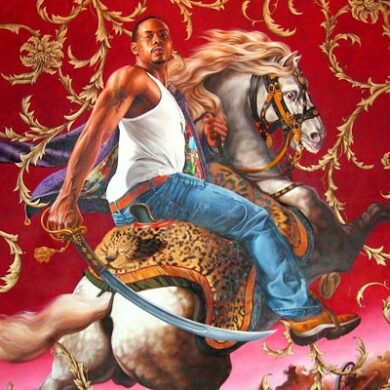 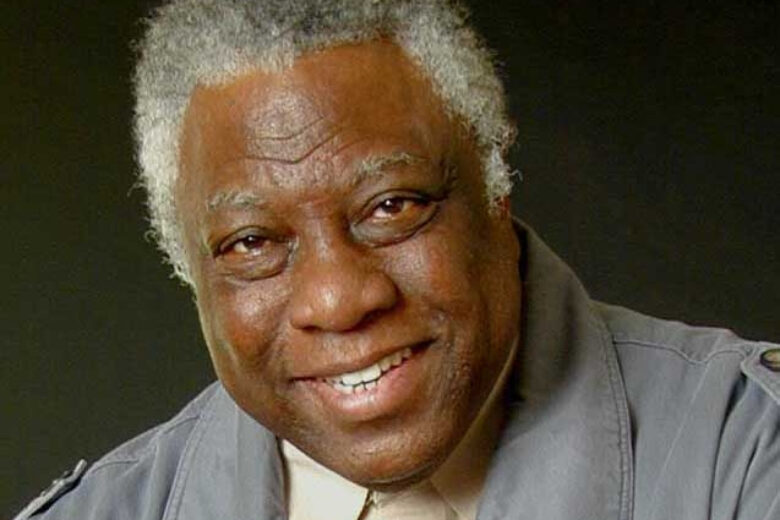 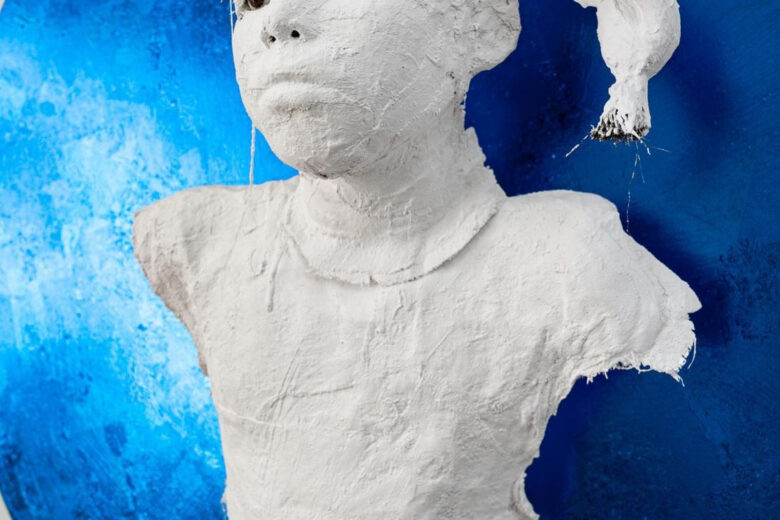