This week in African art and culture, a South African artist and a Zimbabwean photographer have been announced as winners in prestigious international art awards. In Frankfurt, Germany, a group show examining the concept of home through exciting visual languages is on view at Sakhile&Me.

On the literary scene, excitement is rife as the shortlist of the Commonwealth Short Story Prize is unveiled, and Sulaiman Addonia reunites with his Canongate editor for the publishing of his third novel.
Lastly, on a wistful note, the literary community in South Africa mourns the loss of a beloved writer and author… Above: Neo Matloga, winner of the 2021 ABN AMRO Art Award

Neo Matloga has been announced as the winner of the 10th edition of the ABN AMRO Art Award. The prize includes an exhibition of his work later this year at Hermitage Amsterdam.
With the choice of South African artist Matloga who, with his appealing and idiosyncratic signature style, subtly links household scenes from his home country with the difficult socio-political background against which they take place. Using ink, charcoal and photographs, Matloga creates “collage paintings” that provide a glimpse of the day-to-day household coziness of his youth, upbeat stories filled with affection and a sense of security, inhabited only by people of color.
The jury was impressed by the way in which Matloga places a strong emphasis on relationships among people and taps into deeper social and political levels. As such, his work can be regarded as an invitation to look at a Black community.
Neo Matloga (Mamaila, South Africa, born 1993) lives and works in Mamaila and Amsterdam. He studied visual arts at the University of Johannesburg and completed a two-year residency program at De Atelier in Amsterdam from 2016-2018. In 2018, Matloga won the Koninklijke Prijs voor Schilderkunst. In 2019, Matloga also was nominated for the Volkskrant Beeldende Kunst Prijs.
He held solo exhibitions at the Fries Museum in Leeuwarden, the Netherlands (2019), and at Stevenson Johannesburg (2020). His work was part of group exhibitions including those of CBK Zuidoost, Amsterdam (2020), Zeitz MOCAA, Cape Town, South Africa (2019), Foundation AVL Mundo, Rotterdam, the Netherlands (2019), Kunsthal KAdE, Amersfoort, the Netherlands (2018) and South African Constitutional Court, Johannesburg (2016).
In addition to the monetary prize of €10,000 ($12,000), Matloga also will have an exhibition at Hermitage Amsterdam, with a special publication designed by Irma Boom to mark the event. Work by the winning artist also is to be purchased for the ABN AMRO Art Collection. Zimbabwean photographer Tamary Kudita has been awarded Open Photographer of the Year in the 2021 Sony World Photography Awards. This category honors single images, and Kudita received $5,000 for her winning portrait, African Victorian.
Challenging stereotypes, Kudita’s African Victorian depicts a Black woman in a dark-colored, Victorian-style dress gazing at the camera while holding traditional cooking utensils of the Shona people.
“My work aims to show that history can be narrated in many ways,” she explained. “The African narrative has been paraded under the same monolith of cultural homogeneity and my hope is to show that apart from being complex, the African experience is a tapestry woven in real time by each and every one of us.”
Characteristic features in her work include combined African and Western elements and symbols of a multifaceted identity. She explores the place of African fabrics in the remaking of cultural, racial and gendered identities and uses them to challenge structures of power that render certain people’s histories and cultural expressions invisible. Currently on view at Sakhile&Me Frankfurt is a group exhibition titled Gaabo Motho. The exhibition explores the concept of “home” through works by Wangari Mathenge, Mario Moore, Anike Sadiq and Lerato Shadi.
The title of the exhibition is derived from the Setswana (Botswana) saying “Gaabo Motho go thebe phatswa,” which loosely translates to “There is no place like home.”
The exhibition invites the audience to meditate on what makes “home” or indeed a sense of belonging. It includes works in still/motion and juggles both sound and silence in videos and paintings that sensitize the viewers as they move though the space to think through the idea of “my/our place,” “my/our body” and/or “my/our home.” Shadi’s, Sadiq’s and Moore’s videos help us to think through the ways that language and muscle memory store, carry and replicate how one conceives of “belonging,” with or to a body, a people or a place.
Mathenge’s and Moore’s paintings highlight the familial connections we draw on as we look to family and close companions for our sense of home—how a gesture, phrase or sensation can indicate that we are safe and our company is desired, or that we are foreign, ill-fitting and in danger of expulsion.
In the video, Motlhaba Wa Re Ke Namile, Lerato Shadi explores what it means to possess no history and thus to have no future. In the video that was filmed in Shadi’s native town, Lotlhakane, she eats earth from her homeland, gags, stuffs more into her mouth and gags again as tears roll down her cheeks. The work evokes slave masks that white slave owners placed over the heads of their dehumanized workforce to prevent them from swallowing dirt and thus committing suicide as a last gesture of resistance—an act of leaving one’s own body to escape a place one does not belong.
Anike Joyce Sadiq’s video, Visited by a Tiger, introduces Dr. Daniel Siegal’s hand model of the brain, explaining the situation-dependent neurobiological dominance of either conscious or affective thinking and the resulting (re)actions in threatened situations, followed by a psychological reference to stress and trauma caused by exclusion.
The work explores ways that the experience of displacement, exclusion or “not belonging” in a place or with a people manifests in the body, highlighting how the human mind and body react to stress caused by racial microaggressions, and why the fight against racism and structures of oppression must also include maintaining mental health.
Mario Moore’s work, I Wish It Were Mine, gestures towards a related line of inquiry, asking what reprieve, self-preservation and a sense of home look like in a place that is unwelcoming and reads you as foreign or as a threat.
In Wangari Mathenge’s painting, The Ascendants X – Tea O’Clock with Neel’s Ringgold, are portraits and figurative depictions with gestural brush strokes of herself and family members in interior spaces, Mathenge’s compositions confront issues of visibility and expectation placed on the Black female within the context of both the traditional African patriarchal society and in the diaspora.
Recurring motifs in her work, such as the East African Khanga fabric that adorns tables, cushion covers, couches, or which are otherwise presented, for example, as a decorative rug and the Akamba curio of a Maasai elder, propose a hierarchical significance in their import as “diasporic objects” and act as mnemonic devices, their overt display serving as a celebration of identity, which in turn aids in the acculturation of the migrant to their adoptive homes.
Gaabo Motho closes April 24, 2021.

The shortlist for the annual Commonwealth Short Story Prize has been released, and includes African writers Moso Sematlane, Rémy Ngamije, Ola W. Halim, Vincent Anioke and Franklyn Usouwa.The writers hail from Nigeria, Lesotho and Namibia.
Each year since 2012, the Commonwealth Foundation selects 25 writers from five regions of the British Commonwealth: Africa, Asia, Canada and Europe, the Caribbean as well as the Pacific. Afterward, a winner is selected from each region with the overall winner taking home a grand prize of £5000 ($6,917).
Regional winners will be announced on May 12, 2021, and the overall winner on June 30, 2021.

Sulaiman Addonia Signs with Canongate for His Third Novel, The Seers

Sulaiman Addonia has signed with Canongate to publish his third novel, The Seers. Set around a foster home in Kilburn in northwest London, the novel explores the first weeks in the capital of an Eritrean, unaccompanied-minor refugee. Hannah arrives with her mother’s diary, which contains a disturbing sexual story taking place in the same mountains of Keren, Eritrea, where the Allies defeated the Italians in World War II.
Ellah Wakatama, editor-at-large, acquired U.K. and Commonwealth rights (excluding Canada but including translation) from Jessica Craig at Craig Literary. U.S. rights were sold to Graywolf Press.
Commenting on his novel, he said, “I’m overjoyed to be reunited with Ellah Wakatama, an editor I feel understands my vision as a writer, and super excited to work with her and the amazing Canongate team. I can’t wait to share The Seers with readers. It’s a book that I hadn’t planned and instead came to me one afternoon as I stood in front of Flagey Ponds, Brussels, during last year’s spring lockdown. I wrote it all on my iPhone and in about three weeks. It was like a volcano erupting with words, ideas and feelings that I had no control over. Writing about Hannah’s fast life in London was a thrilling ride that I’ll never forget.”
Addonia currently lives in Brussels, where he has launched a creative writing academy for refugees and asylum seekers, and the Asmara-Addis Literary Festival (In Exile). Journalist, novelist and multidisciplinary artist, Phumlani Pikoli passed away in Johannesburg on April 11, 2021. He was 33. His first book, The Fatuous State of Severity was published in 2016, and his novel, Born Freeloaders, published in 2019, won the K Sello Duiker Memorial Literary Award last year.
Son of anti-apartheid struggle veterans Vusi and Girlie Pikoli, his parents found him dead at his apartment in Johannesburg, after several futile attempts to reach him. The cause of death is still reported as unknown.
A memorial service was held on Wednesday ahead of the funeral that was to take place on Friday, April 16, 2021.
The writing community continues to mourn and send condolences to Pikoli’s family. 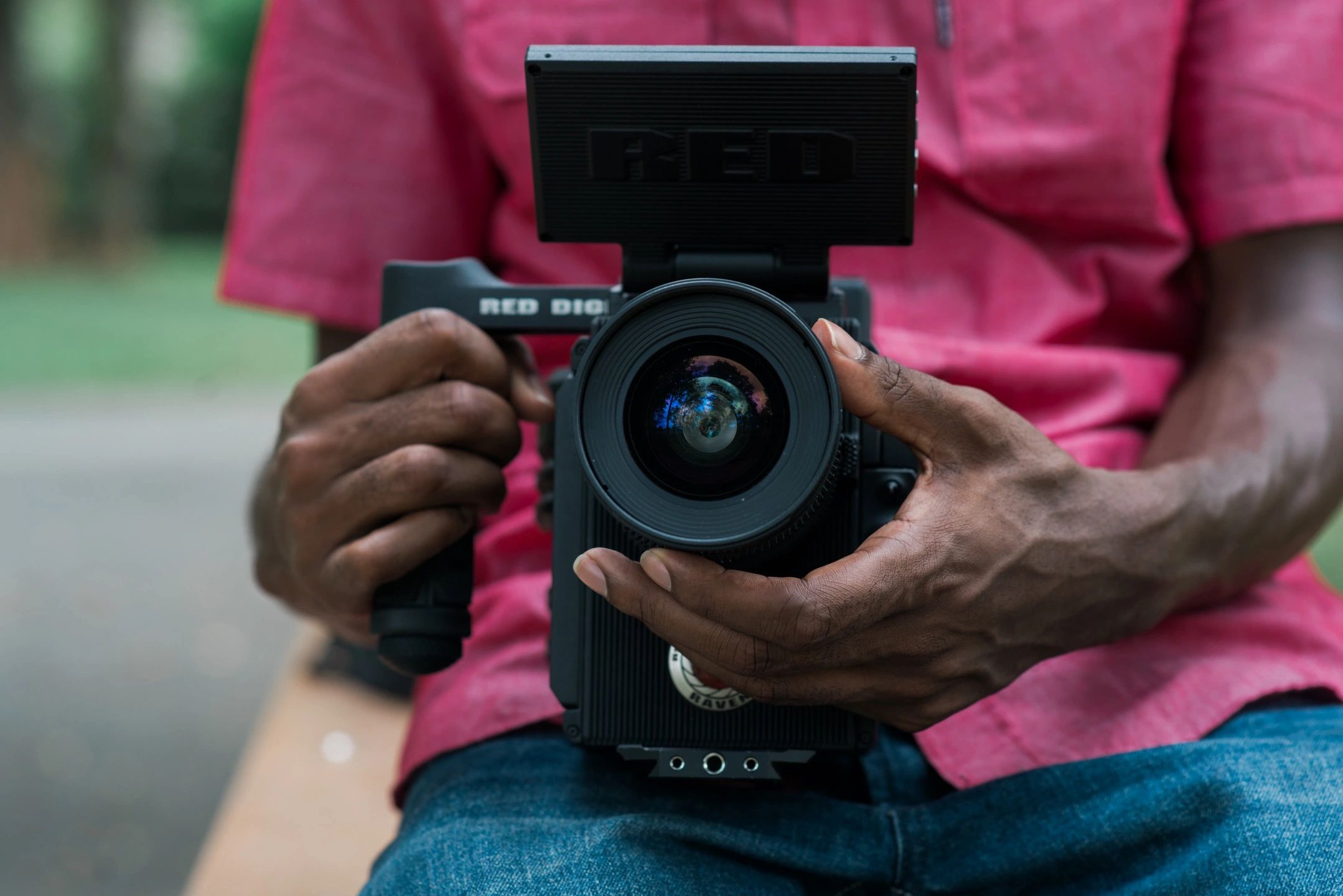 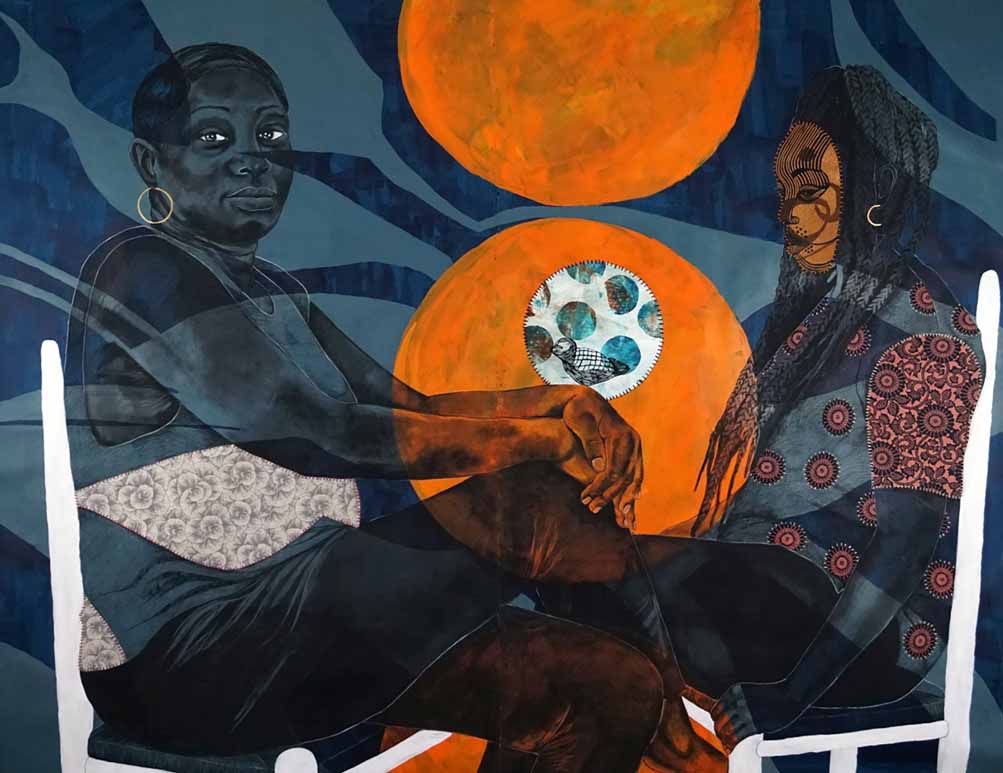 DELITA MARTIN: CALLING DOWN THE SPIRITS