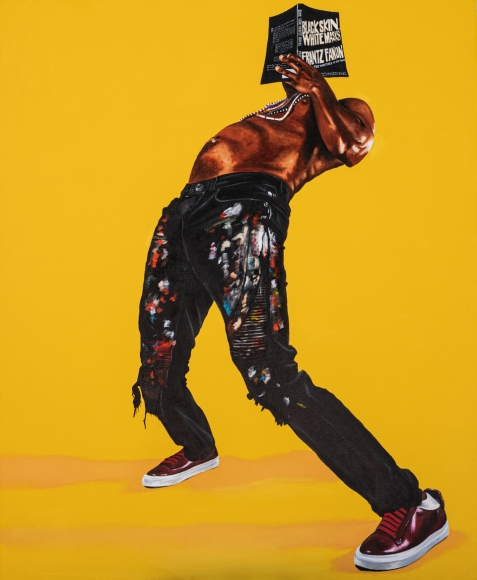 Lyons Wier Gallery is pleased to present “Trapademia II: LIT,” a new exhibition of paintings by Fahamu Pecou.
With this exhibition, Pecou weaves together two concepts–Trapademia™ and notions of light-based performance found in contemporary African diasporic practice-that reframe contemporary Black culture. In 2017, He began developing Trapademia™, a concept which he believes more broadly defines the phenomenon now known as “trap.” Thanks to the popularity of trap music – a sub-genre of hip-hop music emerging from southern states – trapping has become synonymous with drug dealing and drug usage. Atlanta’s Trap Museum enshrines aspects of trap/drug culture and is a wildly popular destination for rap fans and social media junkies. However, the drug economy, so often referenced in trap music, is but one small aspect of the broader functions of what he calls ‘trap ideology’.
Trapademia™ considers trap as a technology where various social, cultural, racial, sexual, economic, and political oppressions become remedied through innovative and inventive social practices. Trapping refers to the collaborative survival strategies and coping mechanisms that develop when people are denied full access to resources. By advancing pioneering principles and often unremarked genius that emerge within marginalized communities, Trapademia™ elevates the liminal spaces of cultural knowledge and understanding, spaces often overlooked or misinterpreted by the mainstream.  Pecou continues to explore Trapdemia™ via an artistic exploration of trap idioms and mannerisms, those spoken as well as performed. His latest installment, “Trapademia II: LIT,” a triple entendre referring to the euphemism “lit” meaning aroused or excited as well as an abbreviation for literature. “LIT” juxtaposes trap bodies with critically acclaimed literary works by Black scholars and writers including Zora Neale Hurston, Richard Wright, and Frantz Fanon. The works challenge us to not judge a book by its cover. This noble liberty is rarely given to Black men who are often prejudged based on their appearance and social circumstances of communities in which they reside. As a result, we fail to see the genius in their potential or even in their creative expression. “LIT” allows us to look upon these trap bodies with new eyes and encourages a surprising dialogue.  “LIT” also refers to light or illumination. In Shine: The Visual Economy of Light in African Diasporic Practices, art historian Krista Thompson argues that in the 19th and early 20th century, print media produced by Black intellectuals and political leaders helped to shape the way the African diaspora both saw and thought of itself. She goes on to explain that visual technologies such as cell phone cameras, video lighting, and other bright and reflective surfaces offer new and distinct performances of Blackness articulated through visual mediums. The manipulation of light allows subjects to subvert the white gaze by manipulating one’s own visibility. In this way, Black people dictate not only what gets seen, but also when that seeing might occur.  As detailed in Thompson’s text, Pecou plays with light and refraction, remaking his subjects visible and valuable – a counter-narrative to the mainstream, which often presents these bodies as flawed or troubled. Pecou’s paintings utilize flat, bold, near-neon color fields. Track pants and sagging jeans hang low on the figure’s waist, carefully color-coordinated with the background palette. All of these elements contrast sharply with the figure’s dark brown skin, rendered shiny and reflective creating an arresting display of tones and textures. “Trapademia II: LIT” enhances the inherent brilliance of Black masculinity. Rather than re-articulating Black male bodies to conventional standards of beauty and acceptance, Pecou present these bodies as they are and invite the audience to look upon them with new eyes.

Dr Fahamu Pecou was the subject of a retrospective titled “Miroirs de l’Homme” at Société Générale in Paris in 2017. He has been featured in several solo and group museum exhibitions in the US and abroad. Museum shows include: “Do or Die: Affect, Ritual, Resistance” traveling exhibition organized by the Halsey Museum of Art, Charleston, SC, “Reclamation! Pan-African Works from the Beth Rudin DeWoody Collection,” “Imagining New Worlds,” High Museum of Art, Atlanta, GA., “State of the Art” Crystal Bridges Museum of American Art, Bentonville, AR., “GRAV-I-TY,” at the Museum of Contemporary Art of Georgia (MOCAGA), “Southern Accent: Seeking the South in Contemporary Art,” Nasher Museum of Art Duke University, Durham, NC., Torrance Art Museum, Torrance, CA, the Museum of Contemporary African Diasporan Arts (MoCADA), Brooklyn, NY, the Wadsworth Athenaeum Museum, Amistad Center, Hartford, CT, and Austin Museum of Art, Austin, TX. just to name a few.Pecou’s work has been reviewed in numerous publications such as Art in America, Los Angeles Times, Harper’s Magazine, Ebony, NY Arts Magazine, among others. Pecou was honored in 2018 with the NBAF Fine Art + Fashion Visual Artist Award and is a recipient of the 2016 Joan Mitchell Foundation Painters and Sculptors Award and Artadia Award (2009), the first ever Artist in Resident for the Harvey B.Gantt Center for African American Arts & Culture Resident at the McColl Center for Visual Art in Charlotte, NC (2010) and a winner of the 2012 West Collection Prize.Fahamu Pecou’s work is featured in noted private and public collections including the Smithsonian National Museum of African American History and Culture, Washington, D.C., the Nasher Museum at Duke University, The High Museum of Art, Paul R. Jones Collection, Clark Atlanta University Art Collection, The Museum of Contemporary Art Georgia, The West Collection and Société Générale, Paris, France, among many others. Pecou received his Ph.D. degree at the Institute of Liberal Arts (ILA) at Emory University in 2018. The artist lives and works in Atlanta, GA. 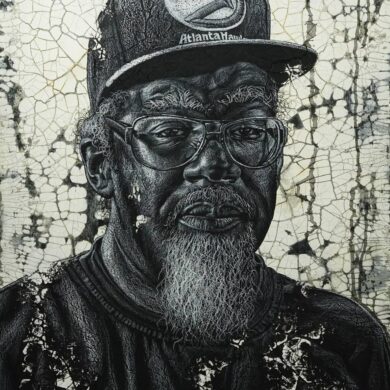 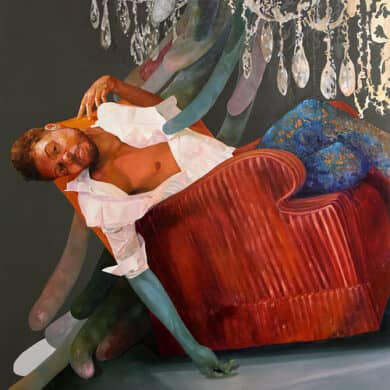 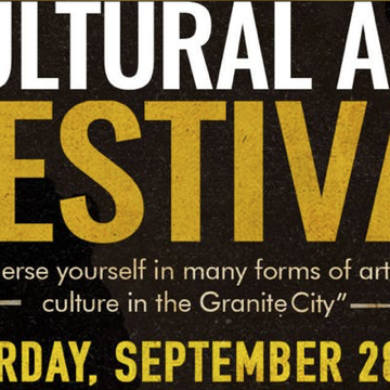 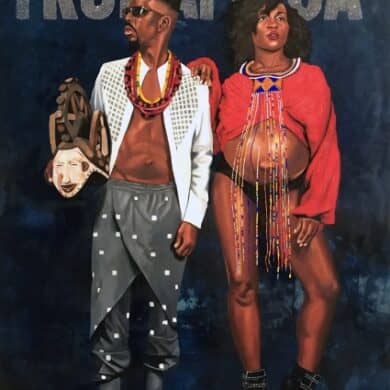 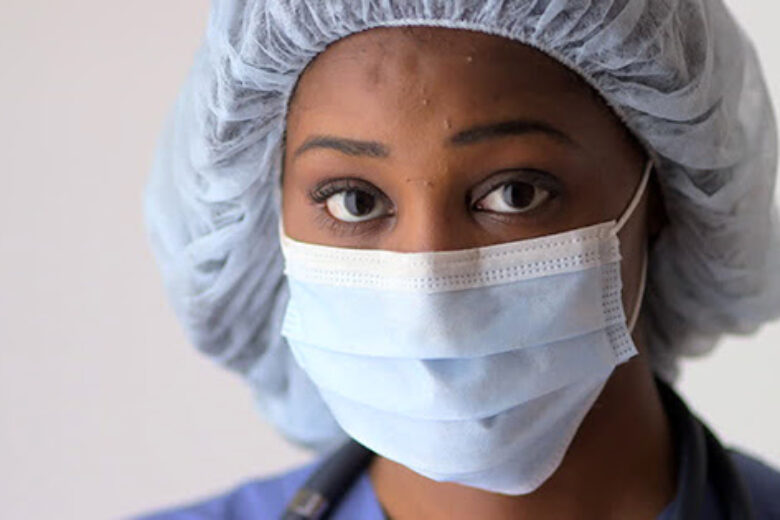 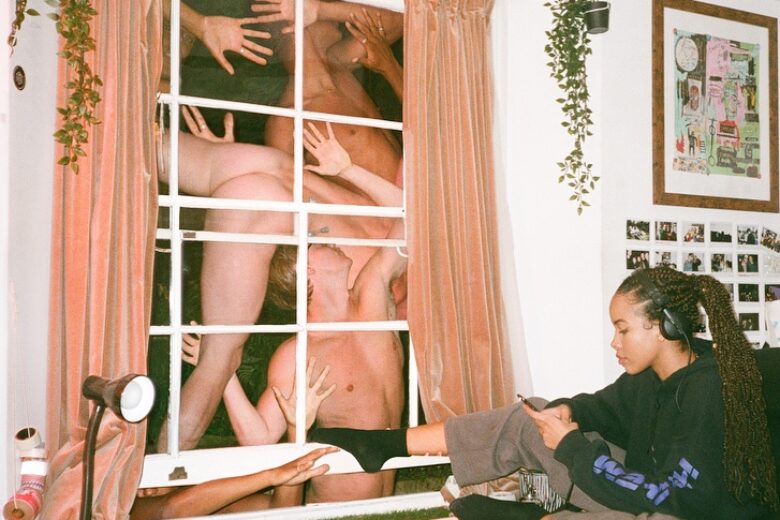