Two River Theater, under the leadership of Artistic Director John Dias and Managing Director Michael Hurst, announces the lineup of productions for its 2019/20 Season.

“All of the work we produce at Two River Theater, both classics and new works, is driven by the passions of artists,” says Artistic Director John Dias. “Each year, I engage the best, most interesting, and most challenging people I know—writers, directors, actors, designers—and ask them questions like: What’s the next great new play? Who’s got an exciting vision for a Shakespeare play? What’s the classic you’ve always wanted to do and finally know how? What play of yours deserves another production? This year, we answer all of those questions in a lineup that include some of the most extraordinary artists in the American theater.”

Full-season subscriptions are on sale now from 732.345.1400 or 21 Bridge Avenue, Red Bank. Subscribers save 25% on tickets, receive prime seating and a number of additional benefits. Visit tworivertheater.org for more details. Single tickets will go on sale Monday, July 15, 2019.

Filled with wit and heart, this exuberant adaptation of the classic play Cyrano de Bergerac is a delightful combination of comedy and romance. Jason O’Connell(Two River’s Noises Off and The Merry Wives of Windsor) leads a five-person cast as the larger-than-life Cyrano, the brilliant thinker, wordsmith, and swordsman. He’s a thorny romantic with an outsized reputation and a barely contained love for his childhood sweetheart, Roxane (Britney Simpson). Meredith McDonough will direct this co-production with the Hudson Valley Shakespeare Festival, which will also feature Luis Quintero (Christian), George Merrick (De Guiche, Montfleury) and Nance Williamson (La Bret, Duenna).

Hudson Valley Shakespeare Festival is a critically acclaimed, professional, non-profit theater company based in Garrison, NY, one hour north of Manhattan. Now in its 33rd year, the Festival has established a reputation for lucid, engaging, and highly inventive productions staged under an iconic, open-air Theater Tent overlooking the Hudson River at historic Boscobel House and Gardens. In recent years, the Festival has also ventured beyond the Tent, touring work to regional venues, transferring productions to other theaters, engaging its community through radically participatory art-making, and reaching over 60,000 students and educators annually through year-round education programs. Learn more at hvshakespeare.org.

A turbulent rock romance set in a 1960s Juvie Hall, Love in Hate Nation uses classic “bad girl” movies as the inspiration for the story of young people caught between eras of a changing America. Sixteen-year old Susannah Son is carted off to the National Reformatory for Girls to get her head put on straight. There she meets the aggressively incorrigible Sheila Nail, and a relationship forms which leads to an all-out “revolution in the institution” as they attempt to break out of the boxes society has created around them. Girl Group Wall of Sound harmonies are filtered through a punk rock spirit in this rebellious and romantic new musical.

Joe Iconis is the composer/lyricist of the worldwide sensation Be More Chill. Joe Iconis and Joe Tracz wrote Be More Chill—now running on Broadway at the Lyceum Theatre—as a commission for Two River Theater, where the show was developed and premiered in 2015. Director John Simpkins previously directed Bloodsong of Loveand The Black Suits by Joe Iconis. He is Head of Musical Theatre at Penn State School of Theatre, where Love in Hate Nation was commissioned and developed.

Twelfth Night is one of Shakespeare’s most celebrated plays and, perhaps, his most perfect comedy. Cross-dressing heroines, separated twins, and mistaken identities propel this gender-bending tale, which celebrates a world in which every broken heart can made whole.

Director Sara Holdren is a theater artist, theater critic for New York magazine and Vulture.com, and educator who has staged the last two productions of Two River Theater’s A Little Shakespeare program, Macbeth and The Comedy of Errors.

Adapted and Directed by Em Weinstein

Now in its seventh season as one of Two River’s most popular programs, A Little Shakespeare introduces the works of Shakespeare to hundreds of young people each year. Through this program, Two River produces a 75-minute abridged version of a Shakespeare play, performed and supported backstage by high-school students, and directed and designed by theater professionals.

This season’s production of Twelfth Night will be adapted and directed by Em Weinstein, whose credits include directing the first workshop production of Slave Play by Jeremy O. Harris at Yale School of Drama, where Weinstein will receive their M.F.A. in May 2019.

Obie Award-winner Brandon J. Dirden will direct Two River’s sixth production from August Wilson’s American Century Cycle—Radio Golf, the Cycle’s 10th and final play, set in 1997. Real-estate developer Harmond Wilks is determined to become the first black mayor of Pittsburgh, and to revitalize the Hill District. Starbucks, Barnes & Noble and Whole Foods are ready to move in. But one particular house on the development site, at 1839 Wylie Avenue, must be torn down, a casualty of urban blight. And that house belonged to Wilson’s legendary Aunt Ester—forcing Harmond, and the Hill District itself, into a battle between the past and the future.

Brandon J. Dirden made his directing debut at Two River Theater with August Wilson’s Seven Guitars and most recently directed Wilson’s King Hedley II in the 2018/19 Season. He has appeared at Two River in A Raisin in the Sun; August Wilson’s Ma Rainey’s Black Bottom and Jitney; the world premiere of Ruben Santiago-Hudson’s Your Blues Ain’t Sweet Like Mine; and Topdog/Underdog, in which he starred opposite his brother Jason Dirden under the direction of the play’s author, Suzan-Lori Parks.

THE HOMBRES By Tony Meneses

The Hombres looks at the intimacy of male relationships through the point of view of Machismo culture. Set in New Jersey (“somewhere off the NJ Transit line”), the play follows Julián, a gay Latino yoga teacher, as he clashes with the Latino construction workers outside his studio—particularly the older head of the crew, Héctor, who seeks from Julián something he never expected. Tony Meneses is the author of Guadalupe in the Guest Room and The Women of Padilla, both of which had their world premieres at Two River.

Two River co-commissioned and developed The Hombres with the NJPAC Stage Exchange, a program of the New Jersey Performing Arts Center, and through a reading at Two River’s 2018 Crossing Borders (Cruzando Fronteras) festival of plays and music by Latinx artists.

A magical, musical, and deeply personal work written and performed by Tony Award winner Ruben Santiago-Hudson, Lackawanna Blues is a reminiscence of his 1950s childhood growing up on the banks of Lake Erie. Santiago-Hudson takes on more than 20 colorful characters—from would-be philosophers and petty hustlers to lost souls and abandoned lovers—in a brilliant celebration of the eccentric boardinghouse he grew up in. Santiago-Hudson returns to his roots in this tour de force performance with live blues music by composer Bill Sims Jr., performed by Grammy Award-winning blues guitarist, composer, and actor Chris Thomas King.

Full-season 6-play subscriptions are on sale now; prices range from $180 to $315. Subscribers save 25% on tickets, receive prime seating and a number of additional benefits. Visit tworivertheater.org for more details.

Ticket prices for all productions except A Little Shakespeare: Twelfth Night range from $40 to $70, with discounts available for groups, seniors, and U.S. military personnel, their families, and veterans. A limited number of $20 tickets are available for every performance; $20 tickets may be partial view. Tickets for patrons under 30 are $20 and include the best available seats at every performance.  Tickets for A Little Shakespeare are $20 for adults and $15 for children 12 and under. 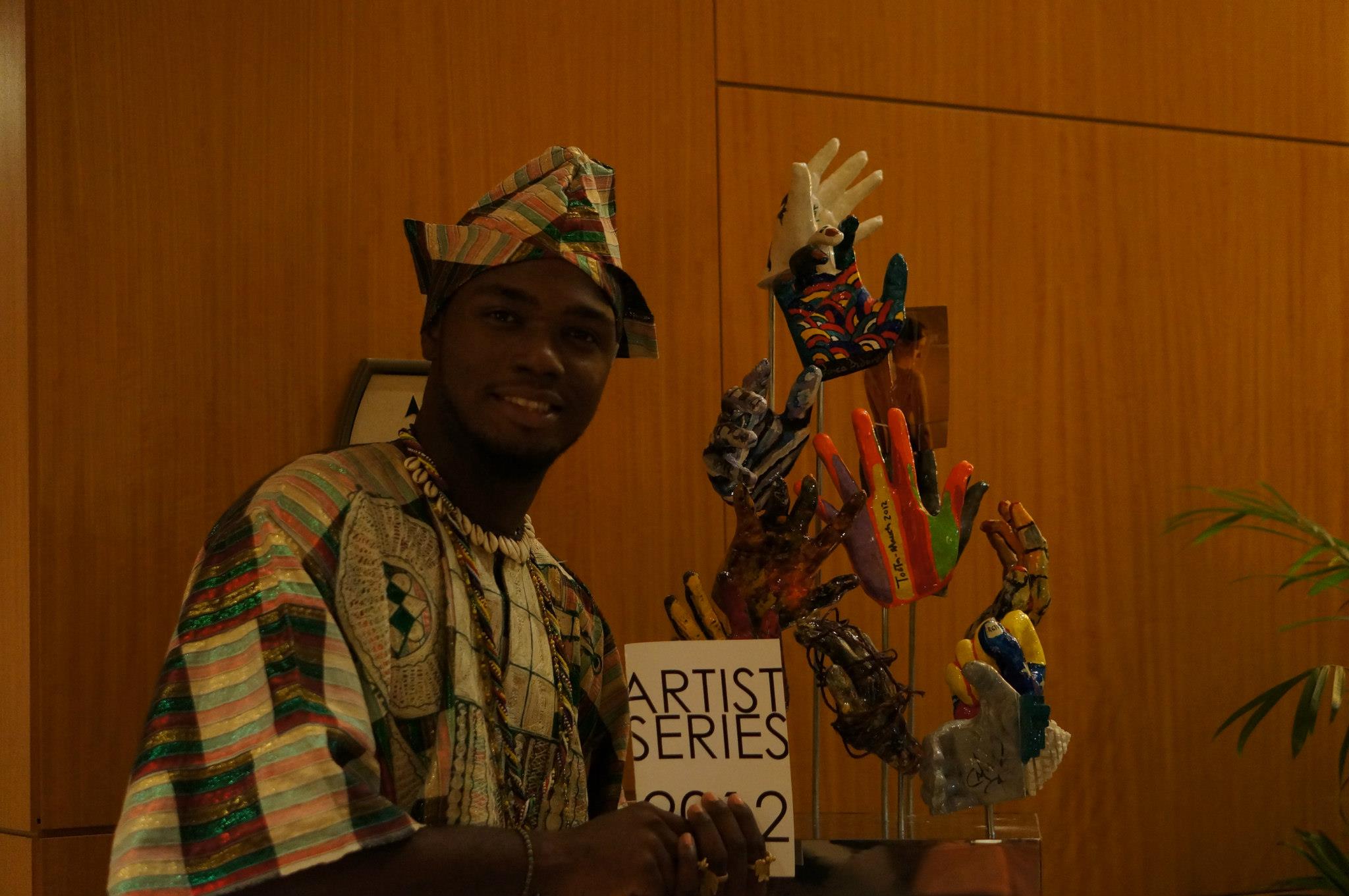 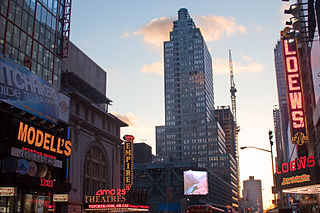