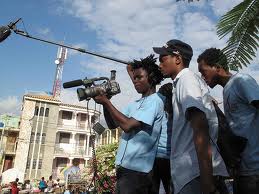 Sundance Institute Names Four New Members of Board of Trustees

Sundance Institute announced today that Jason Blum, Ebs Burnough, Lynette Wallworth and Lisa-Michele Church will join the Institute’s Board of Trustees. The new Trustees bring deep experience and broad expertise spanning communications, emerging media, and film production to the Institute’s governance, and will work closely with President & Founder Robert Redford, Board Chair Pat Mitchell and Executive Director Keri Putnam.“Jason, Ebs, Lynette and Lisa-Michele each have their own incredible wealth of knowledge of the current cultural landscape, and visionary perspectives on how to shape the work we do. We are so grateful to welcome their unique perspectives to the table,” said Pat Mitchell. “We are thrilled that they will join our Board as we constantly evolve our organization’s mission to support emerging artists around the world and connect audiences to their work.”The new members of Sundance Institute’s Board of Trustees are:

Jason Blum, founder of Blumhouse Productions, founder of Blumhouse Productions, is a three-time Academy Award®-nominated, a two-time Primetime Emmy Award and a two-time Peabody Award-winning producer. His myriad connections to Sundance Institute include producing credits include Whiplash (2014 Sundance Film Festival), How to Dance in Ohio (2015 Sundance Film Festival), The Jinx (2015 Sundance Film Festival), Get Out (2017 Sundance Film Festival) and This is Home (2018 Sundance Film Festival) as well as attending the 2016 Catalyst Forum and serving as a Directors Advisory Group member.Blum pioneered the lucrative model of producing high-quality micro-budget films. Some of the box office record-breaking films Blum and his company, Blumhouse, are behind, include: Us and Get Out, from Jordan Peele: Glass, The Visit and Split from M. Night Shyamalan; and in October 2018, company’s Halloween posted the second-highest opening ($76 million) for a horror movie after IT. Blumhouse has also produced the highly profitable The Purge, Insidious, Sinister and Paranormal Activityfranchises. Blumhouse has grossed almost $4 billion at the global box-office.Blum’s success extends to his company’s television division, where projects include: Sharp Objects, the award-winning miniseries for HBO, starring Amy Adams and based on Gillian Flynn’s best-selling novel; The Purge, the #1 drama on USA Network this year, from writer/director/producer James DeMonaco and based on the popular film franchise; Sacred Lies for Facebook Watch from Raelle Tucker; and Into The Dark, a first-of-its-kind 12 episode monthly horror anthology series for Hulu, among others. The company’s upcoming projects include: The Loudest Voice, the upcoming limited series for Showtime based on journalist Gabriel Sherman’s reporting on former Fox News Chief Roger Ailes with Russell Crowe as Ailes, and the recently announced Showtime limited series Good Lord Bird, from Ethan Hawke, James McBride, Mark Richard and Anthony Hemingway.Blum serves on the Board of the Public Theater in New York and the Board of Trustees for Vassar College.

With over a decade of public policy and private sector experience, Ebs Burnough serves as Founder and President of Ebs Burnough Solutions International (EBSI). Burnough founded the firm with an eye towards providing clients with an interdisciplinary approach to marketing, communications and event production. In this capacity Burnough has worked with clients across a range of sectors including media and entertainment, technology, non-profits, fashion, government and multinational corporations.Prior to founding EBSI, Burnough served as Director of Communications for AERIN, a global lifestyle brand founded by cosmetics entrepreneur Aerin Lauder. There he shaped the company’s image and that of its founder from inception. During his tenure there, he launched the multi-national brand creating and overseeing all public relations, corporate social responsibility and brand strategy.Prior to joining AERIN, Burnough served as Deputy White House Social Secretary where he developed and executed hundreds of events on behalf of President and Mrs. Obama. Whether planning the G-20 Global Summit, numerous White House State Dinners, or producing “Broadway at the White House” televised on PBS, Burnough was at the center of producing and marketing high energy, high profile events on the global stage. Before joining the Obama Administration in the White House, Burnough served as a Senior Advisor to Mrs. Obama on the 2008 Presidential Campaign.Prior to his tenure with the Obama Administration, Burnough has worked in a variety of senior level positions in legislative and electoral campaigns on behalf of elected officials and organized labor; including New York Gov. Andrew Cuomo, Maryland Gov. Martin O’Malley, The Service Employees International Union, and Congressman Jerry Nadler. Additionally, Burnough has managed external relations for a wide range of individuals and institutions.

Lynette Wallworth is an award-winning Australian artist/filmmaker who frequently pushes the boundaries with new technologies. Her most recent works have been Virtual Reality and Mixed Reality immersive documentaries. Wallworth’s work has been shown regularly at New Frontier at the Sundance Film Festival since 2009, beginning with her installation Evolution of Fearlessness. She has been a regular at New Frontier since that time, up to her most recent piece Awavena (2018 Sundance Film Festival) which also received a 2017 Robert Rauschenberg Foundation Grant and a grant through Sundance Institute’s Stories of Change Content Fund. Wallworth also received Sundance Institute New Frontier’s inaugural Virtual Reality residency which partnered her with Jaunt VR and a residency at the Technicolor Experience Center.Wallworth’s work has shown at the World Economic Forum, Davos, Lincoln Center for the Performing Arts, the American Museum of Natural History, New York, Australian Centre for Contemporary Art, the Smithsonian, Royal Observatory Greenwich for the London Cultural Olympiad; Auckland Triennial; Adelaide Biennial; Brighton Festival and the Vienna Festival among many others as well as film festivals including-Sundance Film Festival, Venice Film Festival, London Film Festival, Tribeca Film Festival, San Francisco Film Festival,  Glasgow Film Festival, Sydney Film Festival, Adelaide Film Festival, Margaret Mead Film Festival. Her works have been presented at the UN General Congress New York, in the UN Vienna, at the Australian Parliament and at the Washington State Department.Wallworth’s works include the interactive video installation Evolution of Fearlessness; the award winning full-dome feature Coral, with its accompanying augmented reality work; the AACTA Award-winning documentary Tender, the Emmy Award-winning virtual reality narrative Collisions, which premiered at the 2016 Sundance Film Festival and was shown at the 2016 World Economic Forum, Davos; and her most recent XR work Awavena which premiered at the 2017 Sundance Film Festival and was in competition at the Venice Film Festival 2018.Wallworth has been awarded an International Fellowship from the Arts Council England, a New Media Arts Fellowship from the Australia Council for the Arts, the inaugural Australian Film, Television and Radio School Creative Fellowship, the Joan and Kim Williams Documentary Fellowship and a Skoll Stories of Change/Sundance Institute Impact Fellowship. She has also been awarded a UNESCO City of Film Award, the Byron Kennedy Award for Innovation and Excellence presented by George Miller, and in 2016 she was named by Foreign Policy magazine as one of the year’s 100 Leading Global Thinkers. She has been a frequent advisor at Sundance Institute’s Labs. She is a Cultural Leader at the World Economic Forum and is a member of the World Economic Forums’ Global Future Council on Virtual and Augmented Reality.

Lisa-Michele Church, an attorney based in Salt Lake City, will join the Board of Trustees as a non-voting appointee of the Redford family. Her background spans more than 30 years of public service and private practice as an attorney and community activist. She served in the Cabinet of two Utah governors, where she advocated for issues of social justice at all levels, from helping individual families negotiate the challenges of mental illness to advocating at a national level for more effective substance abuse prevention strategies during Utah’s methamphetamine epidemic.Her community volunteer service focuses on issues of social justice, especially for youth and women who need additional advocacy. As the President of Women Lawyers of Utah, she encouraged more women to apply for judgeships, and then was appointed by Governor Michael Leavitt to the Judicial Nominating Commission where she was able to advocate for many women appointed to the Utah courts. She worked as chair of the Family Counseling Center to provide desperately needed mental health counseling to the working poor and shored up their business and financial planning to provide ongoing sustainability to these efforts. She has served for many years on the boards that champion higher education, specifically the Dixie State University Board of Trustees and the Utah Higher Education Assistance Authority. She is a first-generation college graduate and sees the importance of providing college educations for youth across all income groups in Utah. She is also passionate about bringing resources to homeless youth through service with Volunteers of America.Her other interests include historical research about the American West and vernacular architecture. She presents to a variety of scholarly and community groups on such topics as handmade adobe brick homes, early 20th century apartment buildings, vintage roadside motels, and tourism development along the Arrowhead Highway in mid-20th century American West.The other business, cultural and philanthropic leaders on the Institute’s Board are: Robert Redford, President & Founder; Pat Mitchell, Chair; Jeanne Donovan Fisher, Vice Chair; Geoffrey K. Sands, Vice Chair; Sean Bailey, Ritesh Batra, Kenneth Cole, Ryan Coogler, Pascal Desroches, Fred Dust, Philipp Engelhorn, Caterina Fake, Robert J. Frankenberg, Donna Gruneich, Cindy Harrell Horn,Charles D. King, Lisa Kron, Lyn Davis Lear, Gigi Pritzker, Alejandro Ramírez Magaña, Amy Redford, Nadine Schiff-Rosen, Jim Swartz and Jacki Zehner. 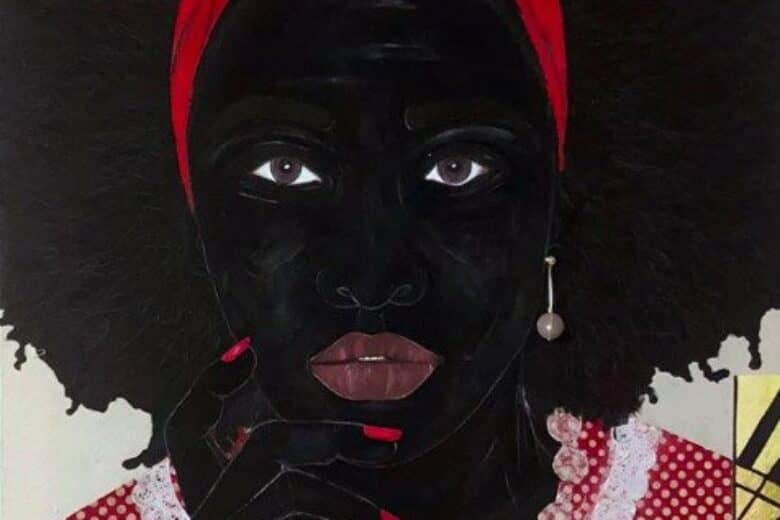 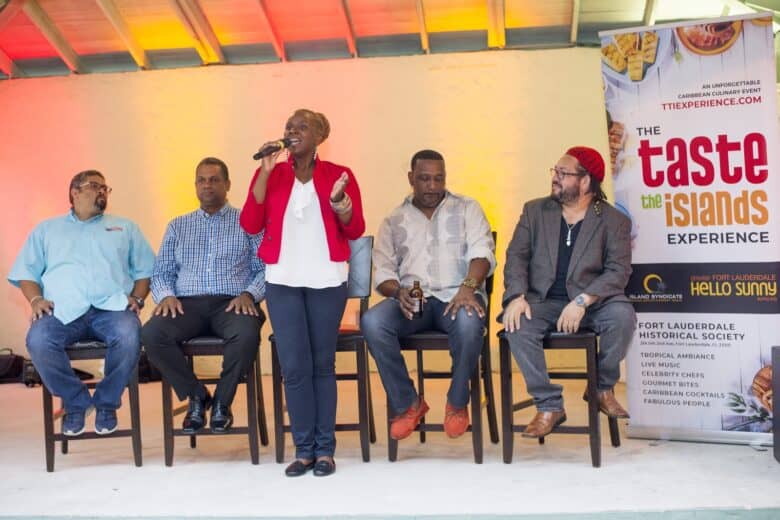