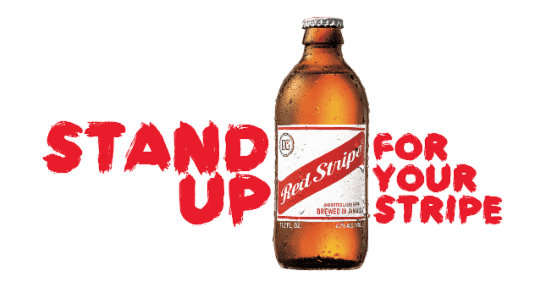 Facebook Twitter Pinterest
August 27, 2018
From delectable dishes to tropical, homegrown music, the tiny island of Jamaica has long since proven itself to be a powerful force that continues to shine its light of influence across the world. As a part of that influence, Red Stripe, the island’s beloved heritage beer, has played a big role in the development of Jamaican music. Just recently, the brand announced an exciting project that will continue to move the culture forward!

“The Stand Up For Your Stripe campaign is an expression of the beauty and continued growth of the island with the expertise and talent of local creatives at the forefront,” says Nasha-Monique Douglas, senior brand manager of Red Stripe Global, Domestic and International Brands. “It’s all about standing up for what’s right, standing up for what you believe in, standing up for what motivates you.”
While the campaign pays homage to the many layers of the island’s vibrant history, there’s one layer that has made them uniquely iconic… THE MUSIC! In fact, Reggae was officially instituted as a Grammy category in 1985; thus, proving Jamaica’s rightful position on the world stage. Douglas adds, “We’re this little dot on a map, yet we have this power to make the whole world shake! If that doesn’t empower you, nothing will.”

Red Stripe is the only Jamaican brand that has the authority to leverage music in a meaningful and impactful way. A major pillar of Jamaican culture is built on its musical roots, that’s why the beer giant teamed up with multi Grammy Award-winning producer, Pablo Stennett, to create a seven-track EP called Journey with Stripe.

A movement all by itself, the album features some of Jamaica’s best and boldest artistes who came together to display their passion and vibe through original songs that chronicle genres of Jamaican music throughout the last 50 years.
The EP’s frontrunner is breakout Jamaican artiste, J-Summa, who is the voice behind the album’s lead single, “Keeping It Up,” which has already received excellent reviews.
“It was a rewarding experience, working with top artistes and a musical legend like Pablo,” says the Reggae singer. “I have to give it up to Red Stripe every time for giving us a chance and providing me with this opportunity to set off my career. Overall, I’m just grateful to be a part of the Red Stripe journey.”

J-Summa is joined by Tosh Alexander, another Jamaican rising star on the EP, along with some more popular names, including Christopher Martin, Tifa and Agent Sasco.

“One of our pillars, and one we strongly support, is music and its development as part of brand Jamaica,” mentions Douglas. “This is just a drop in the bucket to our commitment to endorsing local talent, this is how we stand up for Jamaican music development.”
From Mento to Dancehall, the Journey with Stripe EP offers a kaleidoscope of tunes that chronicles the history and development of Jamaican music. Distributed by Empire, the full album becomes available worldwide, on all major music platforms – iTunes, Spotify, Tidal, Pandora, Deezer, Amazon and Google – on Friday, August 31, 2018, just in time for Labor Day playlists and gatherings. Hit singles, “Keeping It Up” (J-Summa) and “Fun Time Again” (Christopher Martin) are available now.
Part-proceeds from the EP sales will support a partnership between the Desnoes and Geddes (D&G) Foundation‘s “Learning for Life” program and the We Are Tomorrow Foundation, which is the brainchild of album producer, Pablo Stennett. The funds will be used to create artistic-focused programs for music development among inner-city residents in Stennett’s birthplace of Spanish Town, St. Catherine in Jamaica.

For more details and information regarding Red Stripe’s history, the Stand Up For Your Stripe campaign, the Journey with Stripe EP and the We Are Tomorrow initiative, log on to www.RedStripeBeer.com. 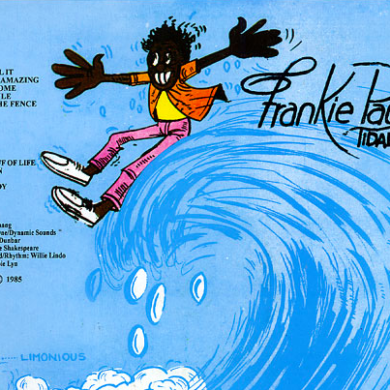 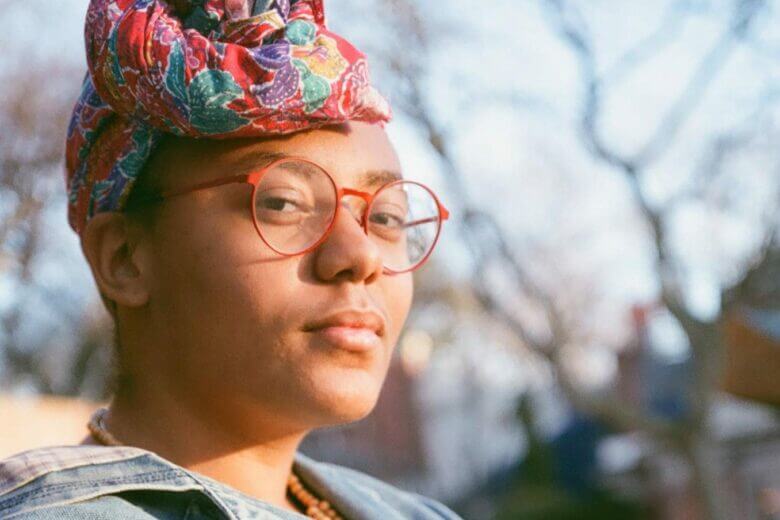