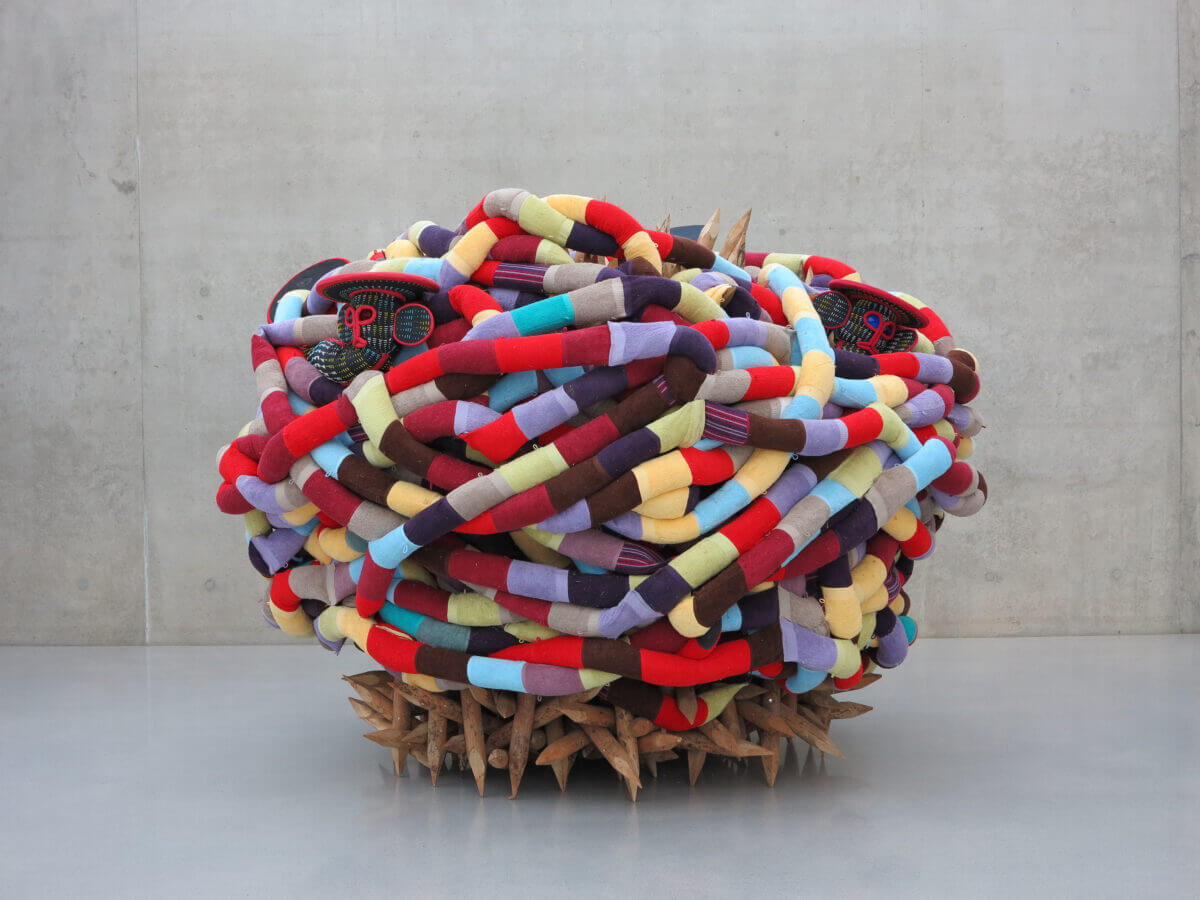 Above: Work by  Pascale Marthine Tayou

For the fifth London edition of the fair, 1:54 FORUM programme will  convene around the title The  Conversationists, with an aim to examine the role  that  public programmes  play in producing and sustaining an economy of knowledge, across a range of cultural platforms and formats.  FORUM’s inter-generational and cross-disciplinary discussions will be led by cultural producers; artists, curators, educators, writers and theorists including Elvira Dyangani Ose, Hans Ulrich Obrist, Sepake Angiama and Pascale Marthine Tayou among others.

FORUM has identified two guiding questions to re-think notions around programming and forms of ‘institutional critique’ in relation to the fair and wider practices within the arts sector. How do we continue to engage with Africa and the African diaspora as a topography or sensibility within the context of an international narrative, and: Who are the agents of critique, and how are shifts in knowledge and cultural production shaping critical dialogic practices? The 2017 programme will evaluate how the stakes of conversation have evolved, and re-imagine the future of critical practices within educational, cultural platforms.

As a part of the 1:54 Special Projects, Goodman Gallery will present a film programme entitled History is Not Mine, which variously considers overlooked and suppressed histories. Featuring works by Mounir Fatmi, Tabita Rezaire, Kiluanji Kia Henda and Hank Willis Thomas, the artist films will be screened daily prior to FORUM.

For the first time in London, the fair will also feature two durational performances; Desire Path by Hana Tefrati and Shifting the Waves by Adejoke Tugbiyele.

FORUM takes place in the Screening Room in the South Wing, Somerset House. Access to FORUM is free with admission to 1:54. Please note that as seats are limited, free seat reservations must be made via the links here.

14:00 – 15:00 Discussion:  Re-visiting ‘the after’
What is ‘the after’ and what occurs in this implicit posterior phase? The opening panel addresses the reverberations of the so-called ‘African art boom’ in an effort to examine how to continue to engage with Africa as a subject, terrain or sensibility within the context of an international narrative, and in a manner that  prioritises the development of Africa and diaspora-centred  discourse. With speakers  Elvira  Dyangani  Ose  (Lecturer in the Department of Visual Cultures, Goldsmiths and Senior Curator at Creative Time), Melanie Keen (Director of Iniva) and  Sepake  Angiama  (Head of Education at  documenta 14), moderated by  George Shire  (cultural theorist and historian of ideas).

15:30 – 16:30 Artist talk: Emeka  Ogboh
Nick Hackworth (Creative Director at Modern Forms) in conversation with artist  Emeka  Ogboh  on  aurality  and sound as a vehicle for narrating and assembling sonic forms of resistance.

17:00 – 18:00  Discussion:  Situating conversation
How and where do practitioners situate their practice, and how through one’s practice, are spaces for critical exchange developed? From artist-led platforms to projects developed from within and in critique of institutional formats, this panel aims to engage with the dialogic as an artistic and educational practice. With  Michael Armitage  (artist and co-founder of The Gathering, Nairobi) and  Mukami  Kuria  (writer and co-founder of The Gathering, Nairobi), moderated by Koyo  Kouoh.

14:00 – 15:00 Discussion:  The future of conversation
What is the future role of programming? Which publics will be served, and how will these actions permeate and respond, beyond discursive reiterations, to the conditions of a wider community that the institution is a part of? This panel aims to unpack the role of discourse, what it can potentially achieve and its shortcomings as a productive or non-productive entity. With  András  Szántó  (author and cultural consultant),  Adenrele Sonariwo  (Co-curator of the Nigerian Pavilion, Venice Biennale 2017) and  Tumelo  Mosaka  (Curator of Cape Town Art Fair 2017), moderated by Koyo  Kouoh.

15:30 – 17:00 Discussion: Performing critique
How do artists navigate the position of invited critic and self-directed agent of resistance, and where are the lines of agency drawn? This panel aims to examine whether and how  practitioners are challenging and disrupting the notion of the ‘essential critic’ through collaborations, interventions/take overs, alternative modes of production and resistance aesthetics. With  Travis Alabanza  (performance artist, writer and theatre maker),  Evan  Ifekoya  (artist) and  Jacob V Joyce  (artist), moderated by  Legacy Russell  (writer, artist and cultural producer).

13:00 – 14:30 Discussion: Writing into history
How are independent practitioners performing critique within and on the margins of cultural  centres  through forms of ‘writing’? And what are the alternative narratives that are being  prioritised? In this discussion, the panel engages with the expression of critique through the written and spoken word. With  Sofia Niazi  (Editor of OOMK Zine),  Belinda  Zhawi  (writer, educator and 2016/17 Institute of Contemporary Arts Associate Poet) and Etienne Joseph (researcher, archivist and educator), moderated by  Hansi Momodu-Gordon  (curator, writer and producer).

6 – 8 October: 12:00 – 13:00 daily, Screening Room
Goodman Gallery: History is Not Mine
Goodman Gallery presents a programme of artist film and video entitled History is Not Mine, which variously considers overlooked and suppressed histories. Mounir Fatmi’s History Is Not Mine (2013), from which the programme draws its title, depicts a man striking the keys of a typewriter with two hammers, implicating the viewer into the violent inscription in red ink of the hammer blows. Tabita Rezaire’s video Deep Down Tidal (2017) explores the transoceanic networks into which Africa is implicated, navigating the ocean as a graveyard for Black knowledge and technologies. Kiluanji Kia Henda’s short film Havemos de Voltar (We Shall Return) (2017) takes its title from a poem by Agostinho Neto, which proposes that in order for Africans to be effectively independent they should repatriate all cultural heritage from the pre-colonial period. In Hank Willis Thomas’s video Overtime (2011) a lone basketball player pits himself against the perimeters of the court, the hoop is at once a noose and history itself. 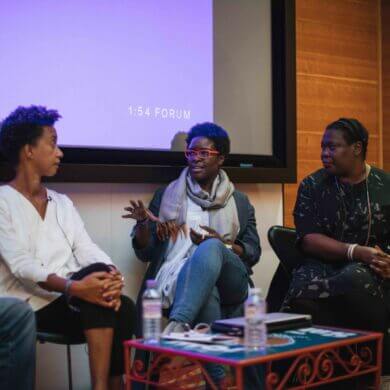 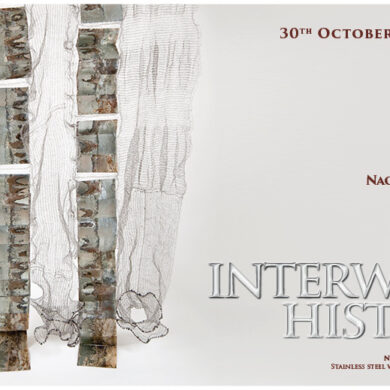 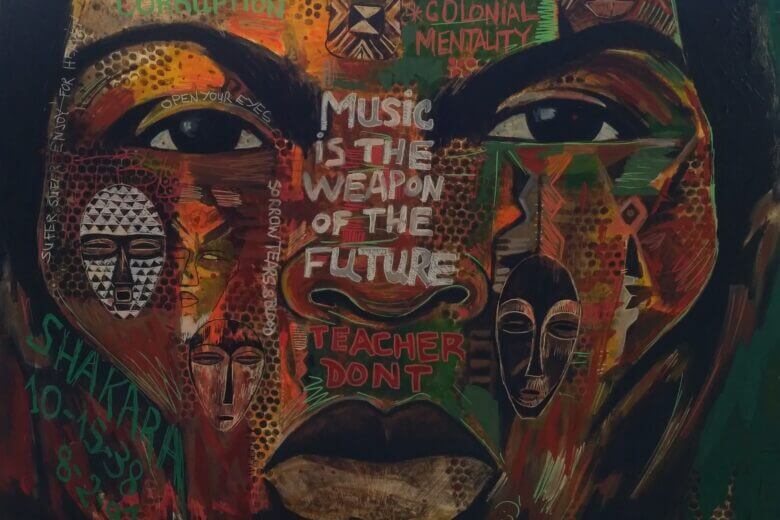 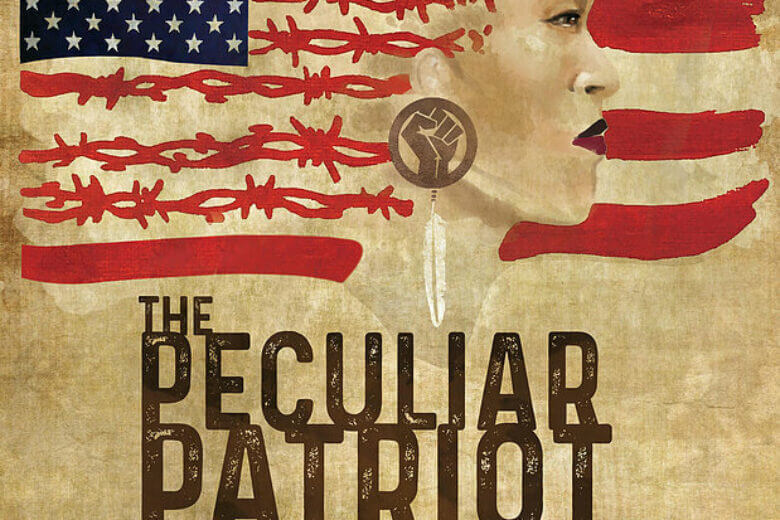