“Richard Gere began his career with brave choices that catapulted him into stardom, and after nearly 40 years of acclaimed performances, his most recent acting has demonstrated a new force – deeper, more personal and even more profound,” said Festival director Jaie Laplante. “With Joseph Cedar’s brilliant take on power and responsibility in today’s political arena, Gere creates one of his most indelible characters with Norman Oppenheimer. It is an honor to have both Richard Gere and Joseph Cedar present Norman, which will be one of 2017’s most talked-about films, to open the 34th Miami Film Festival.”

In all, the Festival will present 131 feature narratives, feature documentaries, and short films from 40 countries, including 22 world and international premieres, in the 34th annual edition of the internationally acclaimed event, which runs until March 12, 2017. Thirty-six of the films are directed or co-directed by women filmmakers.The Festival will close with an Awards Night Gala screening of the International premiere of For Your Own Good from Spain, starring José Coronado, Javier Cámara and Roberto Alamo followed by the EL COTO RIOJA Awards Night Party at Miami’s Centro Cultural Español. Among the Festival’s many highlights will be an evening with Spanish actress and fashion icon Rossy de Palma as part of the CINEDWNTWN Gala events at Miami’s historic Olympia Theater, presented by Miami Downtown Development Authority. Artist Jessica Mitrani will lead an on-stage conversation with de Palma about her film work, including her collaborations with Pedro Almodóvar on films such as the current hit Julieta, and Mitrani’s own collaboration with de Palma on the short film “Travelling Lady”, which will also screen at the Gala. The evening is presented in collaboration with Faena Arts and The Screening Room. Former Miami Herald writer Jill Bauer and former staff photographer Ronna Gradus will return to the Festival with a new Netflix series (based on their 2015 feature documentary), Hot Girls Wanted: Turned On. They’ll be joined by celebrated actor, producer, screenwriter and now documentary director Rashida Jones, for a screening and discussion of the “Woman on Top” episode, directed by Jones. Hot Girls Wanted: Turned On launches this Spring on Netflix. Also visiting this year’s Festival is legendary actor and producer Edward James Olmos, who will be presenting (along with director Marty Sader) his new co-production, in which he also stars, Monday Nights at Seven.Two revered directors will receive spotlight MARQUEE EVENINGS. Romanian-French director Radu Mihaileanu, winner of Miami Film Festival’s Audience Award in 1999 for Train of Life, will present the North American premiere of The History of Love, a sweeping adaptation of the bestselling novel by Nicole Krauss about Polish-Jewish sweethearts separated during WW2, starring Derek Jacobi, Elliott Gould, and Gemma Arterton. Danish filmmaker Lone Scherfig, whose outstanding credits include Oscar-nominated An Education, Italian for Beginners, One Day and The Riot Club, will present her touching and hilarious new United Kingdom production, Their Finest, also starring Arterton, in addition to Jeremy Irons, Richard E. Grant and Jack Huston.

As always, Miamians will play a dominant role in the Festival program. Oscar-winning director David Frankel and first-time director Xavier Manrique— both long-time Miami residents — will talk about the process of developing, producing and directing a debut feature film in the panel discussion Learn From The Best: An Oscar-Winning Mentor. Alfred Spellman and Billy Corben of Rakontur will preview clips from their upcoming works, A Sunny Place for Shady People and the new “Cocaine Cowboys” mini-series, in an extended discussion with Festival programmer Thom Powers billed as Straight Out Of Miami.
Documentarians Dennis Scholl and Marlon Johnson will world premiere Symphony in D, about MIT composer Tod Machover’s commission to create a new symphony in Detroit. Machover is now actively involved in Project 305, the New World Symphony’s upcoming musical collaboration with MIT. Sugarcane Magazine’s Dudley Alexis, director of the film Liberty in a Soup
Miami natives Yara Travieso and Jonathan David Kane will present the Florida premiere of their “live film” project, La Medea, an interactive project filmed just last weekend in New York City. Ultra Music Festival’s headliner Dubfire will attend a world premiere documentary about his own meteoric rise in the EDM world in Dubfire: Above Ground Level, and Miami born and raised documentarian David Borenstein presents the North American premiere of Dream Empire, based on his personal experience of being a “white monkey” in the center of the Chongqing, China real estate boom. Cuba and the Caribbean are also prominently featured in the Festival’s program. Austin Peters’ Give Me Future: Major Lazer in Cuba which explores electronic dancehall superband Major Lazer’s groundbreaking 2015 Havana concert, will unspool in Miami Knight Documentary Achievement Award Competition. Veteran director Fernando Perez’s latest work, Last Days in Havana (Últimos días en la Habana), will receive its North American premiere in the Festival’s signature Knight Competition, as will Carlos Lechuga’s Santa & Andres (Santa y Andrés), which has yet to be screened in Cuba due to controversy. The Bahamas will send a world premiere to Miami: Kareem Mortimer’s Cargo. Haitian stories figure prominently in Serenade for Haiti by director Owsley Brown; Claudia Sainte-Luce’s The Empty Box, starring Jimmy Jean-Louis (one of three films the Haitian star has in this year’s Festival); Miami filmmaker Dudley Alexis will appear with a special presentation of his documentary Liberty in a Soup, about the Haitian New Year’s tradition of the “Soup Joumou”, a symbol of freedom for the Haitian people; and a Special Presentation of Participant Media’s Death by a Thousand Cuts, a co-production with Dominican Republic.

In addition to the Opening and Awards Night Galas and An Evening With Rossy de Palma, the Festival’s CINEDWNTWN Red Carpet Galas, sponsored by Miami Downtown Development Authority, will include a screening of the North American premiere of I’m Gilda (Gilda, no me arrepiento de este amor) from Argentina, based on the tragic life story of that country’s most famous cumbia singer, starring Natalia Oreiro and directed by Lorena Muñoz.

In recognition of Canada’s 150th Anniversary of Confederation in 2017, the Festival will highlight Canada’s internationally influential film culture. Among the films to be screened are the world premiere of Quebecois filmmaker Denis Langlois’ A Paradise Too Far and Cannes-winning, Oscar-shortlisted Xavier Dolan’s It’s Only The End of the World (Juste La Fin Du Monde).

The Festival’s signature KNIGHT COMPETITION, PRESENTED BY THE JOHN S. & JAMES L. KNIGHT FOUNDATION, will feature a mesmerizing variety of powerful works from around the world, directed by filmmakers who have directed at least one Official Selection (feature) in a prior edition of the Festival. Films are eligible for Achievement awards totaling $40,000 in cash. By premiere status, the 20 films selected for this Competition are:

▪ THE CANDIDATE (Argentina/Uruguay, directed by Daniel Hendler). Hendler previously participated in the 2011 Festival with Norberto’s Deadline. From the film Serenade for Haiti
▪ THE EMPTY BOX (Mexico, directed by Claudia Sainte-Luce). Sainte-Luce previously participated in the 2014 Festival with The Amazing Catfish.

***
HBO is the new title sponsor of the Festival’s Ibero-American feature film competition category. The HBO COMPETITION is open to Ibero-American and US Hispanic narrative feature films in the Official Selection, competing for a jury-selected cash Achievement Award of $10,000, courtesy of HBO. By premiere status, the 35 films selected for this Competition are:

▪ THE CANDIDATE (Argentina/Uruguay, directed by Daniel Hendler).
▪ EL INCA (Venezuela, directed by Ignacio Castillo Cottin)
▪ FOR YOUR OWN GOOD (Spain, directed by Carlos Theron)
▪ ON THE ROOF (Cuba/Nicaragua, directed by Patricia Ramos Hernández)

***
New to this year’s 34th edition, The Related Group sponsored MIAMI FILM 2017, an initiative to reward developing talent in Latin America, awarding 3 cash prizes of $5,000 each to short filmmakers. The winning short films, which will be screened together at a special event during the Festival, are: “And the Whole Sky Fit in the Dead Cow’s Eye” (Chile, directed by Francisca Alegria), “Connection” (Cuba, directed by Zoe Garcia Miranda), and the US premiere of “The Inconvenience” (Argentina, directed by Adriana Yurcovich).

A jury will award $10,000 cash in the JORDAN RESSLER SCREENWRITER AWARD COMPETITION. The 13 nominated films in this category previously announced on January 4, 2017, are:

▪ ON THE ROOF (Cuba/Nicaragua, written and directed by Patricia Ramos)

***
In the Festival’s Shorts Competition, the latest in films 30 minutes or less from around the globe, will compete for a jury-selected $2,500 cash prize. The competing films are:

***
Two new awards make their debut in 2017. The ZENO MOUNTAIN AWARD, named after the Vermont-based nonprofit Zeno Mountain Farm, will award $5,000 cash to the film in the Festival, in any Festival category, that best helps to break down barriers to our understanding of people living with disabilities. The film will be selected by a jury sponsored by Fringe Partners.

The RENE RODRIGUEZ CRITICS AWARD will be bestowed on the film in the Festival selected by all accredited critics covering this year’s edition. Named for Rene Rodriguez, the Miami Herald’s nationally influential film critic since 1995, the Award winner will be announced at the end of the Festival.

The Festival’s non-competitive CINEMA 360 category is a vibrant and dynamic selection of narrative works from an international selection. This year’s line-up includes:

▪ A CHANGE OF HEART (USA, directed by Kenny Ortega)
▪ A PARADISE TOO FAR (Canada, directed by Denis Langlois)

▪ THE BLOOM OF YESTERDAY (Germany/Austria, directed by Chris Kraus)
▪ THE DARK WIND (Iraq/Germany/Qatar, directed by Hussein Hassan)
▪ LIPSTICK UNDER MY BURKA (India, directed by Alankrita Shrivastava)
▪ WHAT’S LEFT OF MY LIFE (Germany, directed by Jens Wischnewski)

***
The Festival is pleased to announce a series of SPECIAL PRESENTATIONS and partnerships.

Lee Brian Schrager, founder of South Beach Wine & Food Festival, will host a Big Easy Brunch at River Yacht Club on Saturday, March 10th, coupled with a post-brunch screening of Ella Brennan: Commanding The Table at MDC’s Tower Theater. A screening of the Argentina-Spain coproduction The Distinguished Citizen (El ciudadano ilustre), starring Oscar Martinez (Wild Tales, Inseparables) in the role that won him Best Actor at the 2016 Venice Film Festival, will also be showcased at the festival.

In addition to showing the late Polish master Andrezj Wajda’s final film, Afterimage, the Festival is pleased to partner with Miami Beach Cinematheque on a retrospective tribute to some of Wajda’s earlier films, including Ashes and Diamonds (1957), which will screen during the Festival. Additionally, Wajda’s A Generation (1955) will screen on March 2nd and Danton (1983) will screen on March 16th. The retrospective is supported by Miami’s The American Institute of Polish Culture.

A new partnership with American Black Film Festival (ABFF) will commence at the 34th edition with the screening of Nnegest Likke’s Everything But A Man, starring Monica Calhoun, Jimmy Jean-Louis and Dio Johnson.

An SB Nation production of “The Muck” will screen, a 40 minute documentary about West Palm Beach County’s Pahokee high school football program – which has produced a number of NFL professional players disproportion to both its population of 5,000 and its poverty-stricken environment. Jokes Yanes returns to the Festival with his new out-of-competition short “Toyed”, as does Pioneer Winter and Tabara Mudra with their short “Gimp Gait”. Making their Festival debuts out-of-competition are Miamians Brian Blum with “Blood and Water” and Michael Lowney with “Sunghosts”.

Details on educational opportunities, such as the previously-announced Google Seminar Series on Gender & Racial Gaps in Film & Tech and additional seminars; social events such as the Festival’s traditional Gala Parties, Desserts & Directors and other parties available for purchase by the public; and the complete 34th Miami Film Festival line-up can be found at miamifilmfestival.com. 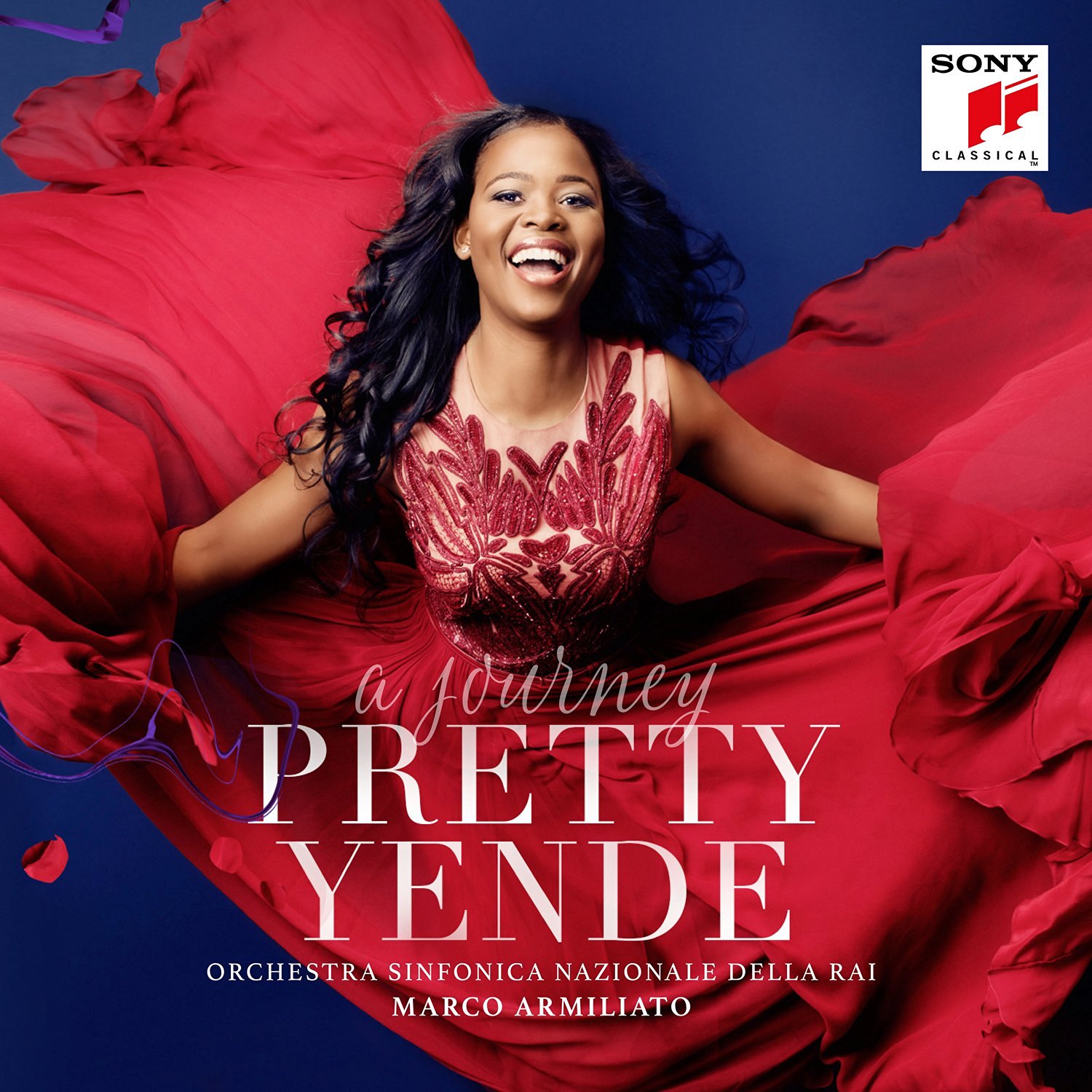 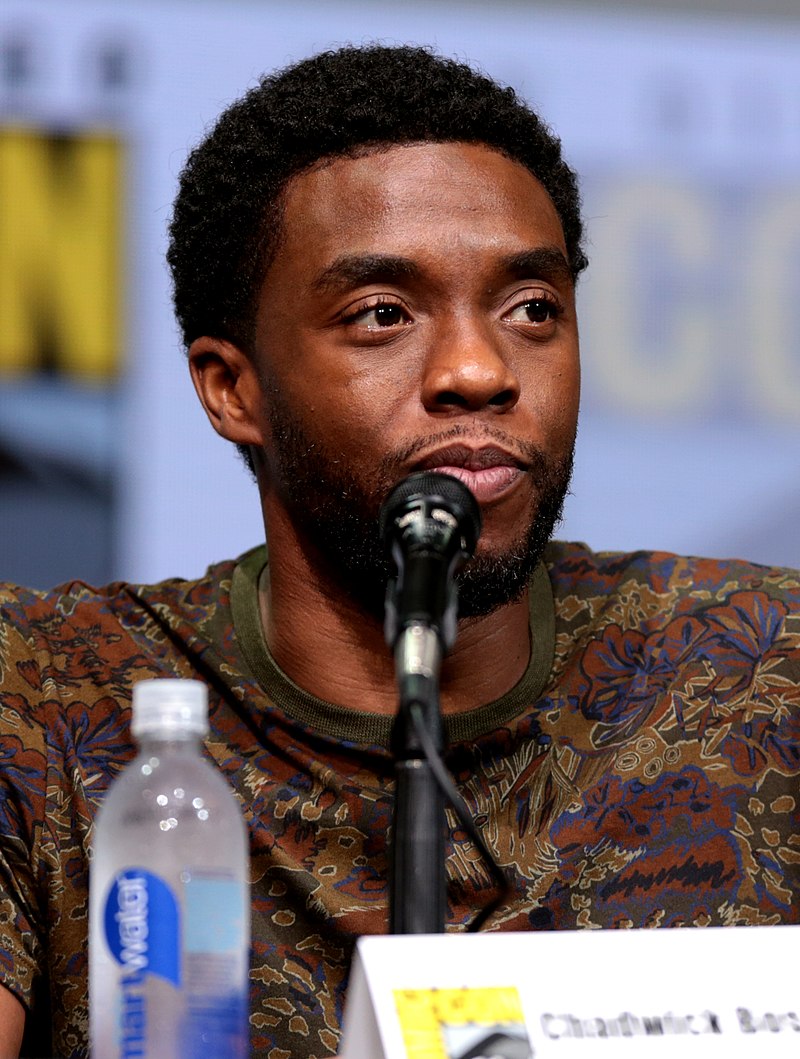