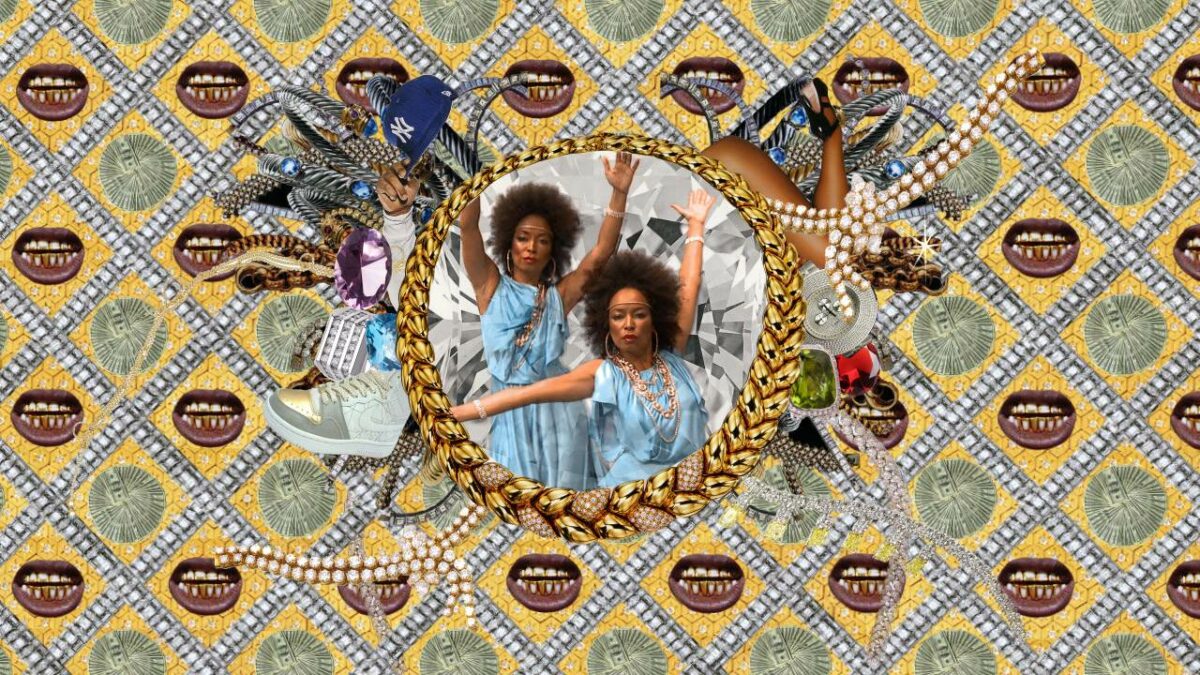 Art Basel 2016 couldn’t come at a better time! After a tumultuous election season, we all need the opportunity to appreciate beauty – and more importantly –  support artists of African descent. This year, Sugarcane Magazine will not only focus on Art Basel Miami Beach, but the wide array of quality fairs and local art events scheduled throughout the Miami and Miami Beach areas. Reminiscent of last year’s Art Basel, a plethora of domestic and international creatives will beckon you to multiple venues. The choices are plentiful: Yinka Shonibare to Miami’s own T. Elliot Mansa, and even Uncle Luke (yes, you can be sophisticated and ratchet simultaneously),  plus Derrick Adams and Mickalene Thomas. You can purchase work as budget-endearing as $50 to work with multi-million dollars price tags, all in the name of art and investment. However, to do that, you need to know where to start. This year we will list major locations and where to find “Art of Black”, a local initiative to promote local art fairs. 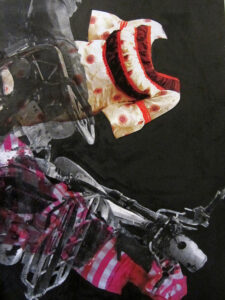 Riding in Cars with Boys by Ruby Onyinyechi Amaze

CONTEXT Art Miami (according to their website) along with the 27th edition of Art Miami, commences  November 29, 2016, with the highly anticipated Opening Night VIP Preview. “The 2015 preview attracted 14,500 collectors, curators, artists, connoisseurs and designers, and the fair hosted a total of 82,500 attendees over a six-day period. This immediately reinforced the CONTEXT Art Miami fair as a proven destination and serious marketplace for top collectors to acquire important works from leading international galleries representing emerging and mid-career cutting-edge works of art.” This year Yinka Shonibare will be on view at Woolff Gallery and expect great work from Unbutu Gallery from Cairo, Egypt. Tickets are easy to purchase. 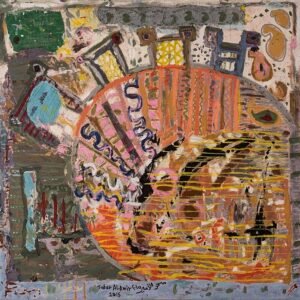 Founded in 2005, Pulse prides itself on exhibiting a refreshing mix of established and up and coming artists and renowned galleries. Past artists have included Fahamou Pecou and Mickalene Thomas. This year, expect a powerful performance by Peter London Global Dance Company, Tony Gum at Christopher Moller Gallery and exciting new work from Rashad Newsome. Tickets are on sale here. 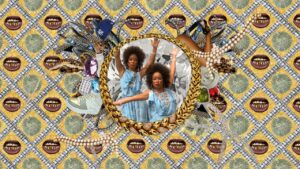 Prizm is one the newer art fairs in Miami with a focus on African Diaspora and emerging markets. Prizm is an Art Week Miami favorite , with tastemakers from all over the globe enjoying past works by Alexis Peskine, Amber Robles-Gordon, and Morel Doucet. This year, expect Derrick Adams, Felandous Thames, Candida Alvarez, Allison Jane Hamilton, Yana Evans and more. Also, this year you can enjoy engaging panels with Stephannie Cunningham and Oasa Duverney, performances by Nyugen Smith and Ayana Evans. To sweeten the experience the opening party “The Copper Door” serves brunch for dinner and Allison Janae Hamilton’s film ” In the Land of Milk or Honey” (November 29) and The Famous Art Critics, a cohort of multi-cultural art enthusiasts who gather for dinner and dialogue annually during Miami Art Week to discuss, highlight and elevate diverse individuals, institutions, and best practices for pathways to cultural equity in art: journalism, curation, and execution praxis (November 30th).Visit Prizm Art Fair here. 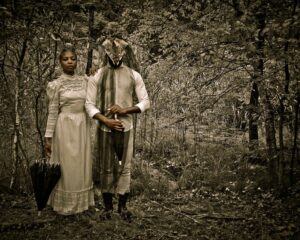 This year, the African Heritage Cultural Arts Center presents Yolah! in collaboration with M.U.C.E. Photographers Saddi Khali and LeRoy Hazzard explore the lives of the young African diaspora in Cuba. Also on view will be the memorabilia of the late, great Celia Cruz. The exhibit runs November 29 through December 5 with a special art talk on December 3rd. Admission is free. 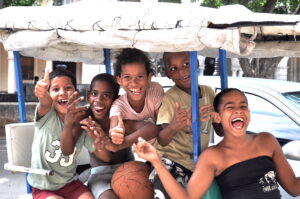 Visions of Our 44th President is a collective sculptural show created to recognize and celebrate the historical significance of the first African-American President of the United States of America. Forty-four contemporary African American artists (renowned and emerging), participated in the avant-garde art collaboration with the Charles H. Wright Museum of African American History and Peter Kaplan of Our World, LLC., to create this wonderful view into the images of our 44th President. Dynamic and inspiring, the exhibition includes 44 artists’ interpretations of President Barack Obama in life-size, three-dimensional busts that were sculptured by Matthew Gonzales for Our World, LLC. Purchase tickets here.

Visions of Our 44th President 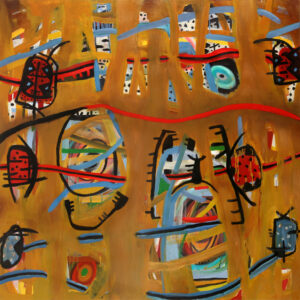 Art of Black Miami
Various Locations
Miami’s Black artist community is a major part of the fabric of South Florida. The Greater Miami Beach Visitors’ and Conventions Bureau began an initiative to promote local fairs, and exhibits. The selection is large and varied: you can visit Kroma Gallery in historic Coconut Grove or visit Art Africa Miami in Overtown, or take in Caribbean Flora in Little Haiti. Find over 20 local activities here. 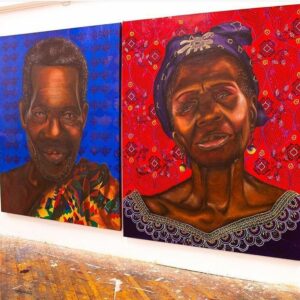 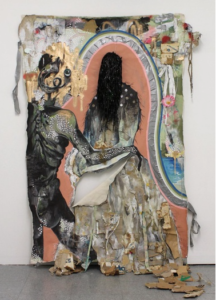 Lavar Munroe, Is This What You Call Paradise?

Pérez Art Museum (PAMM)
1103 Biscayne Blvd
Miami 33132
One of the hottest museums in the country, PAMM has quite a few artists of African descent on view. Reynier Leyva, Ed Clark, Thomás Esson, Firelei Báez,Hew Locke and Julie Mehrtum are just a few to be experienced.
To make Art Week Miami scalding hot, Uncle Luke (yes, AKA Luke Skywalker) performs December 1st. It’s best to reserve your space now. You can do that here. 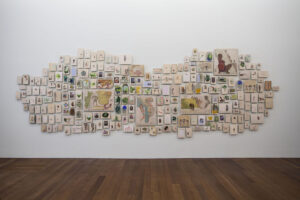 Curated by Tumelo Mosaka, the 5th Annual Art of Transformation Series is themed “SAY IT LOUD!” and will feature an exhibition of work by prominent contemporary artists Michael Paul Britto, Myra Greene, Joshua R. McFadden, Mario Pfeifer and Roberto Visani and films by Bhawin Suchak & Ira McKinley and Stanley Nelson. “SAY IT LOUD!” is inspired by the James Brown song of the same name addressing racial discrimination and calling for black empowerment. Make arrangement to see this here. 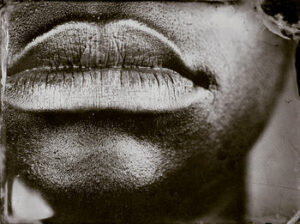 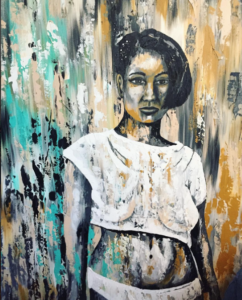 Nina Johnson presents the first photographic exhibition of Awol Erizku in Miami. “Presenting a group of 20 paintings alongside a conceptual sound collage of music and sonic ephemera, Erizku traffics in the space between sound and sight. The paintings bear the same subject matter: a disembodied hand, poised and manicured, holding a rose—not taking it or giving it, but only holding it. Appropriated from nail salon signage in Los Angeles, where the artist keeps a studio, the hand is both localized and ubiquitous, appearing across the country in interchangeable locales, signifying a variety of ethnicities and communities. Not only is it the first time Erizku has introduced figuration into his practice, it references his repeated use of floral imagery across his multi-disciplinary practice.”-Nina Johnson. Get times for the exhibit here. 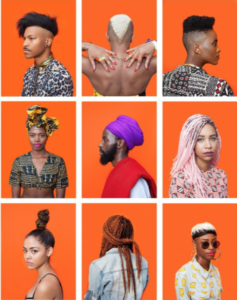 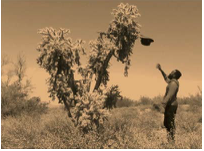 Experience a viewing the collaboration of Haitian Artist Fabiola Jean Louis and Ghanaian Soulful Rock Performer YahZarah. The two will present a art meets music around the theme “The Body Aquatic” finding the hidden magic of the female soul after soul loss and reclaiming the royalty found within. YahZarah will also be sharing music inspired by the art from her upcoming release “The Ceremony”.
Hosted by Melky Jean aka Melky Sedeck and 103.5 the beats own K. Foxx
Meet the artists 6pm pre Vip cocktail reception with bites by international cooking sensation Chef The Rose
Doors open at 7. Musical performance at 8PM. Details and reservations can be made here. 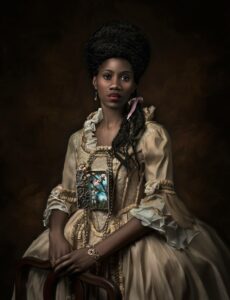 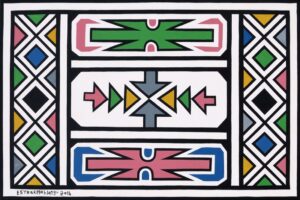 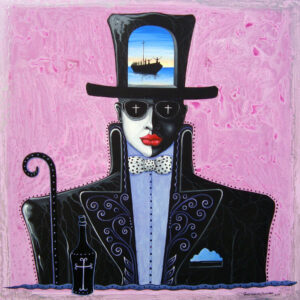 Aqua is a unique art fair that takes place in a former South Beach Hotel. Experimental and collaborative, you can always find interesting work by a large group of creatives. Look for Kesha Bruce in a collective exhibit in suite #104. Reserve tickets here. 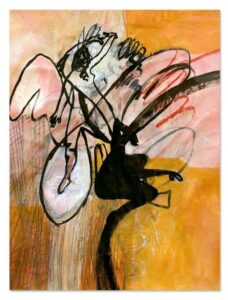 Sugarcane Magazine’s Gary L. Moore in collaboration with Curtis V. Hodge, Lighting Design Dark Matter/Sweet Earth present an installation dedicated to John Michell Jr. (1724-1793) physicist, astronomer, geologist, seismologist, and mathematician. Mr. Michell was of African descent living in England. In 1783, Mr. Michell in a paper for the Philosophical Transactions of the Royal Society of London, read on 27 November 1783, first proposed the idea that there were such things as black holes, which he called “dark stars”. Admission is by appointment only by calling 954.760.5900. 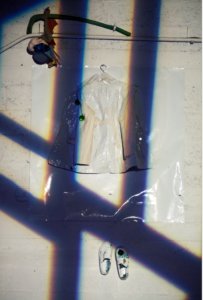 The Vesper Project is the culmination of Titus Kaphar’s intensive engagement with the fictional history of the Vespers, a 19th-century New England family who were able to “pass” as Caucasian despite the fact that their mixed racial heritage made them black in the eyes of the law. The resulting project, which includes the remains of an abandoned Connecticut home into which the artist has incorporated his own work, interrogates notions of race, identity, memory, and social constructs. Through slashing, silhouetting, and whitewashing, Kaphar creates a complex map that compresses time and elides personal histories. Learn more about the Lowe Art Museum here.

Sugarcane favorite Mickalene Thomas curates this show with art world heavy hitters. “tête-à-tête poses a series of back-and-forth conversations across the photographic and video works of fourteen artists that address social, political and personal mythologies of the black body as constructed and represented in visual media. The work adheres to Ariella Azoulay’s concept of the civil contract of photography, which asserts the photographic image as a relational encounter between subject, photographer and spectator; that in the moment of looking, photographing and being photographed, each party has a responsibility to the informed participation of the other two.” Artists include: Derrick Adams, Renee Cox, John Edmonds, Lyle Ashton, Harris, Deana Lawson, Zanele Muholi, Wangechi Mutu, Clifford Owens, Paul Sepuya, Malick Sibide, Xaviera Simmons, Hank Willis, Thomas, Mickalene Thomas and Carrie Mae Weems. Get times here 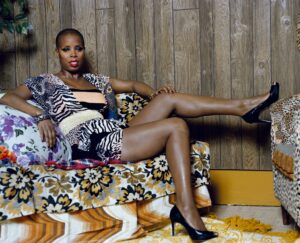 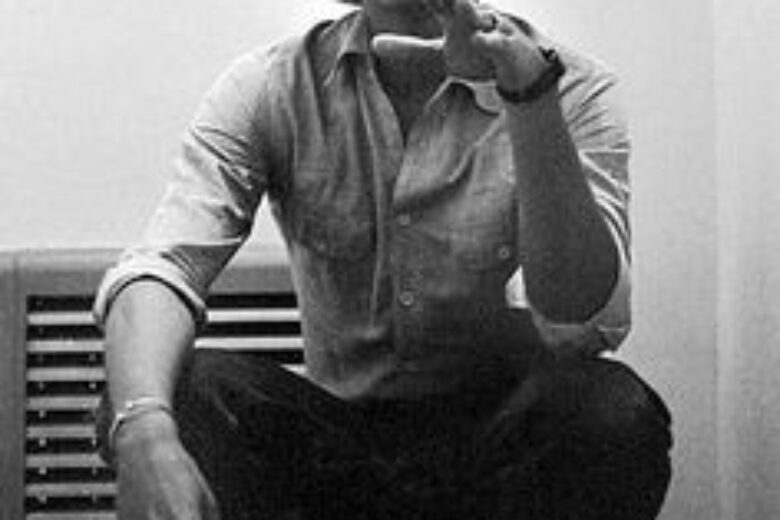 Netflix to Debut film about a young Barack Obama 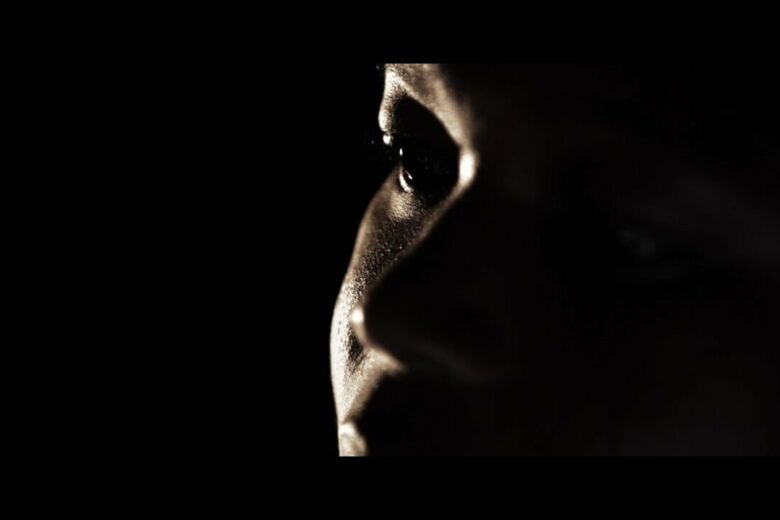 Wide House Purchases 'Too Black to be French" and "Bolingo, The Forest of Love"