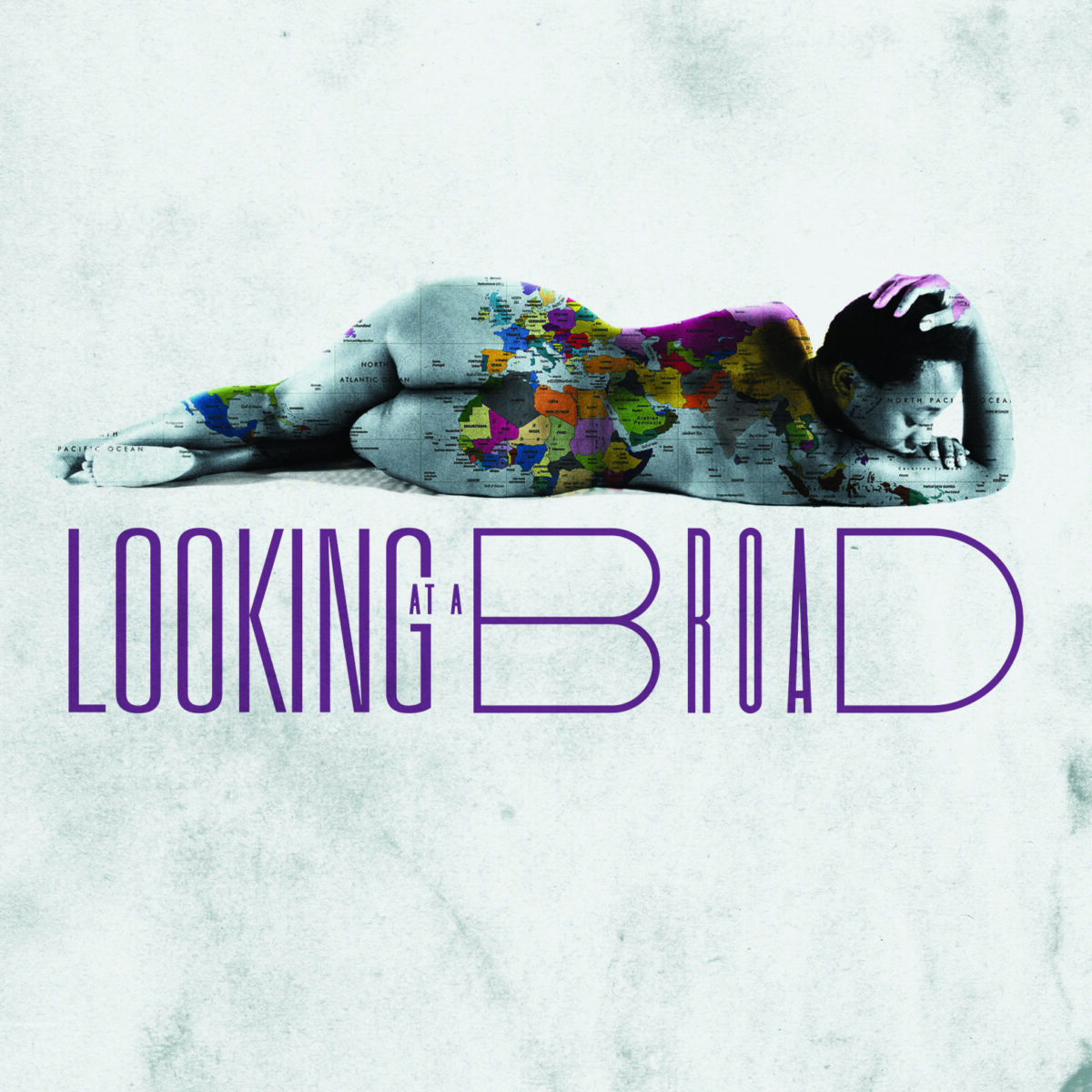 To tell the story of a body, one must hear and listen to the body. Last year Rebecca Mwase doing enough of that, until an injury left her hobbling around on crutches for five months. The New Orleans performer’s one-woman show, Looking at a Broad, was set to take the stage this time last year, but she’d ruptured her Achilles tendon in the middle of a rehearsal. For a show as physical as Looking at a Broad, the injury was a bright red STOP sign.

“All of the shows I do ask a lot of my body, and this one asks even more,” Mwase says. “I needed time to build self back up.” Not that she spent the interim sitting down. The year brought a tour of Cry You One [http://www.cryyouone.com/], an outdoor performance telling the story of land and loss in Louisiana that also gives Mwase an opportunity to show off her vocal chops. She also performed in Go Ye Therefore, a play that deals with two women’s experiences of Southern Baptist upbringings.

Taking an honest appraisal, Mwase says the literal and metaphorical rupture gave her time to “get away from a piece I was getting too close to and didn’t even enjoy anymore.” Now, the piece opens next month, and Mwase is healed, whole, and excited. We sat down for a couple of paper cups of coffee at New Orleans’ French Market after a morning recording session of Cry You One album with that cast and premier NOLA musicians, Mwase still on crutches. The following exchange came from that discussion and another check-in earlier this month.

Where does your creative process begin, with the physicality or the words?
With this particular piece, it was really interesting. It started as an idea. The first time I was in the room with my director, I had a lot of writing that I’d done that I said was a script — but it wasn’t [laughs]. It was just an amalgamation of words.

So we started with movement. There are quite a few haikus littered throughout the script, so she would take some of the haikus and say, “turn this into movement.” So I did that, and then we’d do physical explorations with texture, with sound, and then bring those things together. Then we brought in the choreographer. We’d pick out words, phrases that they liked, things that resonated with me. There’s a lot of movement and breathwork in the piece. We played around with how to say the same thing with just breathing, or vocally, or with just movement.

Were there any Surprises as you put those pieces together?
Yeah! It’s funny when I first started working on the piece I was like, this is a piece about traveling abroad as a black woman. And now, yes it is about that, but even more so, it’s a piece about what it means to be an immigrant, what it means to migrate. And how particularly white supremacy and sexism and homophobia shove people into certain types of bodies, into ways of being and ways of moving that are very particular. And how the experience of traveling helped me explode out of those boxes, expand them, and find the ways that I really, move; the ways that I am.

It’s become a giant critique of the United States, and the ways that this place insidiously inculcates people worldwide into beliefs around certain people’s abilities to do, to be, to live, to love — all of those things. That was surprising. I was also surprised at how and we have found so many places where the movement and the words are seamless; they feel like they can’t live without each other.

Can you give an example?
One of the stories in the piece is about an experience in China: going to a job interview, getting the job, and finding out that I wasn’t going to be allowed to do the position because I was black. And so this idea of being shoved into boxes and seen a certain way, we played with that physically.

That seems painful.
Yeah, it’s hard. I’ve been doing a lot of deeper spiritual work as part of the process and practice of making the show, and so I was finding a lot of connection to my female lineage, my grandmother, and great grandmother. So there’s also a lot of grasping for, finding, and re-finding rootedness.

One of the themes explored throughout the piece is finding a home in one’s body. How do you release those ties? How can you be grounded in your hips, in your sacrum, in the soil and the place that you’re from? We found ways to show that, like with really deep squats or maybe really wide hips. How do you open that space and allow yourself from a full body as opposed to moving from up in your intellectual, thought-driven space? 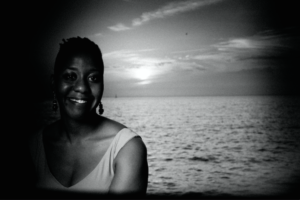 How did you injure yourself?
We did a residency in New York where I rewrote the entire show in a night, and then blocked and choreographed it. The sharing portion is when my Achilles ruptured [laughs]. I was performing the piece when it happened, which to me was like a huge awakening. I had known that I’d been running around too much and needed to slow down. I’d planned a ridiculous fall: tour in Vermont for Cry You One, home for a week, production for my show for five weeks, and one week break, then production for another show in which I was playing the lead. And my body was like, “you haven’t been listening to me, and I’ve been telling you to sit down, and you haven’t been taking care of me.” So, I mean, ha! Loud and clear!

Is New Orleans home for you, or just a stop on the way?
There’s one line in the piece that says, “no one space is a place or home. It sits inside and spills out wherever you go, where you lay your head, where you can break and be okay, where your guts can spill out.” For me the journey of creating this piece of this piece situated for me how true that is.

My family from Zimbabwe. I’ve lived there when I was little but grew up in the States, where I moved around a lot. New Orleans is a place that I love dearly, and I’ll be here for a while or back and forth. But wherever I take myself, that’s where my home is. As long as that is a well taken care of vessel, and I am honoring what it’s telling me, and communicating with it and through it, then I’m okay. I’m home, and I’m safe.

Jennifer Oladipo is a writer in Greenville South Carolina. Her journalism and creative work appear in national and regional magazines, newspapers, and anthologies.

Zimbabwe On My Mind 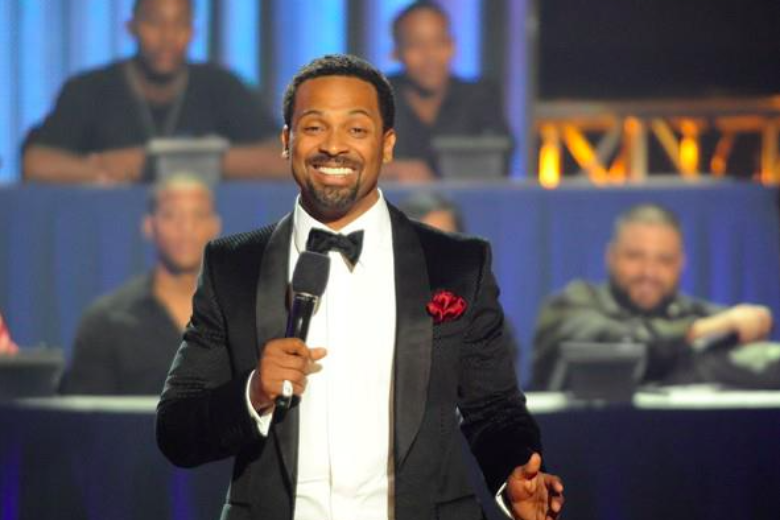 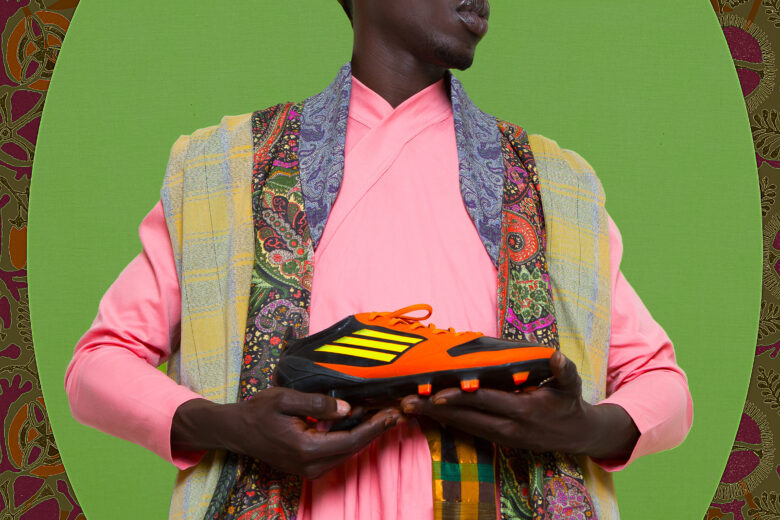