As the Ebola virus ravages a handful of West African nations, a story of triumph over another devastating epidemic heads to public television. AfroPoP: The Ultimate Exchange, the innovative documentary series on contemporary art, life and culture in the African Diaspora, will premiere on WORLD Channel on Monday, January 19, at 8 pm ET/10pm PT with The Carrier. The program is hosted by actress Yaya DaCosta, executive-produced by National Black Programming Consortium (NBPC) and co-presented by American Public Television (APT).

Director Maggie Betts takes viewers on a journey to a Zambian community and a family beset by AIDS. Twenty-eight-year-old Mutinta Mweemba has married a handsome man, only to discover he is already married. Begrudgingly she becomes wife #2. A third wife brings drama soon overshadowed by the spread of AIDS throughout the family. When Mutinta discovers she is pregnant, she begins a courageous quest to ensure the virus isn’t passed on to the next generation. The Carrier is, ultimately, an uplifting tale of how an individual—and a community—can stare down the faceless terror of AIDS and, against all odds, prevail.

“Maggie’s timely film challenges the prevailing notion of complacency and incompetence of African people in the face of deadly disease,” said NBPC Executive Director Leslie Fields-Cruz. “Instead it captures the effective mobilization of individuals and the community to protect themselves despite serious obstacles, offering hope to those embroiled in the battle against Ebola.”

New episodes of AfroPoP premiere each Monday, from January 19 through February 16. The second film in the series is Hélène Harder’s Ladies’ Turn (January 26), which shows the lengths to which young women in Senegal will go to compete as soccer players despite the misogynic attitudes that threaten to stop them. Next is Keren Shayo’s Sound of Torture (February 2), which follows Eritrean radio host and Swedish resident Meron Estefanos as she broadcasts the heartbreaking calls of kidnapped Eritrean refugees desperately trying to raise ransom funds to secure their release from torture camps in the Sinai desert. Terence Nance and Barron Claiborne’s AFROPUNK presents The Triptych (February 9) captures the intimate reflections of three of today’s celebrated visual artists: interdisciplinary artist Sanford Biggers, multimedia artist and sculptor Wangechi Mutu and photographer Barron Claiborne. (The Sanford Biggers and Wangechi Mutu segments will air on public television; the Barron Claiborne segment will air online at PBS.org and blackpublicmedia.org.) The final episode, Micah Fink’s The Abominable Crime (February 16), shines the spotlight on homophobia in Jamaica from the view of a lesbian single mother, seeking asylum after being shot because of her sexual orientation, and a Jamaican human rights activist who is forced to flee the country because of death threats after being outed.

AfroPoP: The Ultimate Cultural Exchange is produced by Angela Tucker and directed by Duana Butler.

In addition to the WORLD airings, APT will distribute AfroPoP to the full public television system in February 2015. To find out more about the series, visit www.blackpublicmedia.org. For information on when and where to watch, including additional air dates for each of the episodes, check your local listings or go to www.APTonline.org or www.worldchannel.org. 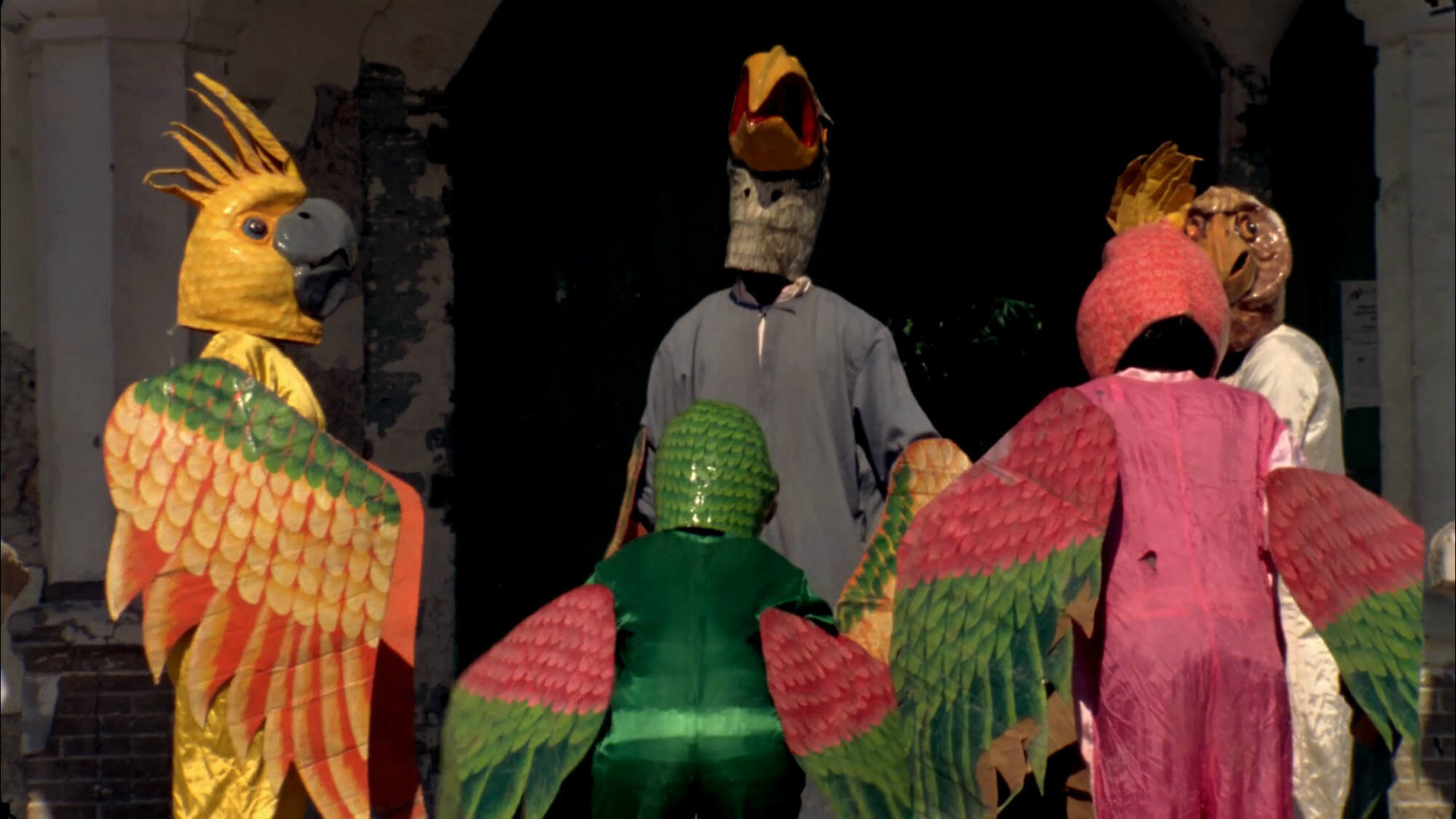