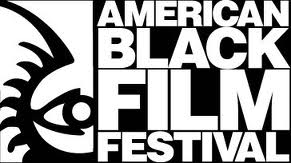 On Friday, June 22, at the 16th Annual American Black Festival in Miami Beach, FL, ABFF will celebrate the success of the hit film, “Think Like A Man” (Screen Gems) produced by Will Packer (Rainforest Films). This very special evening will feature a conversation with the film’s producer, Will Packer, his business partner Rob Hardy, the film’s director, Tim Story as well as select cast members. Jeff Friday, CEO of The Film Life Inc., and founder of ABFF, planned the evening as a celebration of the film’s remarkable success and unprecedented impact on the entertainment industry.

On April 20, 2012, “Think Like a Man,” opened to $33.6 million on just 2,015 screens, unseated “The Hunger Games” and became Screen Gems’ highest opener ever targeting African-American audiences. Still holding strong at the box office, “Think Like a Man” is close to crossing a record-breaking $100 million dollar mark domestically. The film, based on Steve Harvey’s best-selling book, follows four interconnected and diverse men whose love lives are shaken up after the ladies they are pursuing buy Harvey’s book and start taking his advice to heart, stars Taraji P. Henson, Michael Ealy, Gabrielle Union, Terrence J., Regina Hall, Romany Malco, Jerry Ferrara, Meagan Good, and Kevin Hart. “Think Like a Man” has proven that ensemble casts featuring primarily African-American actors can be hugely successful at the box office.

Attendees can expect to hear an open conversation about how the film came together and then quickly became one of the top-grossing African-American films of all time. The conversation will spotlight every aspect of the film, from production and the marketing process, to casting and the use of social media as well as traditional marketing techniques, all of which has fueled its success at the box office and beyond.

Rainforest Films’ Will Packer and Rob Hardy have a very long history with ABFF. In 2000, “Trois” was the first Rainforest Films project to screen at ABFF and became the fastest African-American distributed film to ever surpass the $1 million dollar mark. Since then, five other Rainforest Films’ projects; “Pandora’s Box,” “The Gospel,” “This Christmas,” “Stomp The Yard 2: Homecoming,” and “Takers,” have screened at the festival. Jeff Friday states, “Will Packer and Rob Hardy are very talented filmmakers.” He adds, “They are have a long history with the festival and are the perfect example of how effective ABFF’s platform can be.”

Full pass and ticket information for the 2012 ABFF can be found at www.abff.com.