ALL STAR CAST IN DON B. WELCH’S “MY BROTHER’S KEEPER” 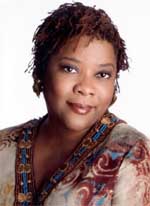 Prolific Hit Writer-Director, Don B. Welch has done it again! After the overwhelming national success of “The Bachelorette Party”, “The Divorce” and “The Bachelor Party, he returns to the Los Angeles main stage with what some may deem, his most controversial and stirring piece yet, “My Brother’s Keeper” (MBK). “My Brother’s Keeper” is being presented by Don B. Welch Productions and will be live at The Wilshire Ebell Theater, in Los Angeles, March 30 thru March 31, 2012.

The story surrounds two blood brothers (“Skylar & Storm”) who own and operate the family business – Legends nightspot in L.A. Recent events and unforeseen circumstances pit brother against brother in what may be the battle of their lives. “Will lies, lust, greed, betrayal, and the success of “Legends” be the downfall of this family dynasty?

Writer-director, Don B. Welch is hoping “MBK” will follow the success of his nationally known productions, “The Bachelorette Party” and The Bachelor Party, which has been turned into a hot national selling novel and DVD film respectfully.

The music is Hot! The dancing is electric, and the story is unforgettable.

Tickets are on sale now at all Ticketmaster locations, the Ebell Box office and Inglewood Tickets at 310-671-6400.