2011 marks the 20th anniversary of the Independent Television Service (ITVS), one of the largest sources of funding for independent filmmakers. In recognition of this milestone, ITVS is launching the ITVS Indies Showcase, a free online film festival running from July 25 to September 23, 2011 in honor of the extraordinary contributions of independent filmmakers to public television.
The 20 unforgettable documentaries in the ITVS Indies Showcase represent glimpses of the collection of more than 1,000 productions ITVS has supported as the country’s leading provider of independent films for public broadcasting. Each full-length program will stream for free for three days on itvs.org/indies-showcase where viewers will also find a timeline of ITVS’s history, film trailers, clips, interviews, an audience award contest, and more.

ITVS Indies Showcase Celebrates 20 Years of Independents
Through the tenacity of filmmakers and their supporters seeking to foster plurality and diversity in public television, ITVS was established by an unprecedented mandate of Congress to champion independently produced programs that take creative risks and spark public dialogue.

“For decades, independent filmmakers have stood as public television’s standard bearers of diversity and innovation, telling untold stories and servingunderserved communities,” said Sally Jo Fifer, president and CEO of ITVS. “The Indies Showcase lineup brings together just some of the many storytellers that have engaged the public and helped invigorate our democracy.”
The line-up includes 2003 Academy Award® nominee for Best Documentary Feature, Daughter from Danang, a portrait of longing, identity, and the personal legacy of war by Gail Dolgin and Vicente Franco; 2002 Emmy® winner for Best Documentary, Promises by Justine Shapiro and B.Z. Goldberg, which offers a touching and fresh insight into the Middle East conflict through the eyes of seven Palestinian and Israeli children; 2010 Emmy® winner for Outstanding Science and Technology, The English Surgeon, about a British neurosurgeon Henry Marsh who encounters medieval brain surgical procedures in the Ukraine; the 2007 audiencefavorite and Sundance Official Selection Hip-Hop: Beyond Beats and Rhymes by Byron Hurt, a riveting documentary that tackles masculinity, sexism, violence, and homophobia in today’s hip-hop culture; the 2009 George Peabody winner King Corn by Ian Cheney, Curt Ellis, and Aaron Woolf about two friends, one acre of corn, and the subsidized crop that drives our fast-food nation; The Oath by Laura Poitras, a 2010 Emmy® nominee for both Best Documentary and Outstanding Investigative Journalism, provides a portrait of Abu Jandal, Osama bin Laden’s former bodyguard, and Salim Hamdan, a prisoner at Guantanamo Bay Prison and the first man to face the controversial military tribunals; and The Most Dangerous Man in America: Daniel Ellsberg and the Pentagon Papers, nominee for both a prime-time Emmy® Award for Exceptional Merit in Nonfiction Filmmaking and Academy Award® for Best Documentary Feature. The documentary, produced by Judy Ehrlich and Rick Goldsmith, follows Daniel Ellsberg, a leading Vietnam War strategist, who concluded in 1971 that America’s role in the war was based on decades of lies.

“We’re thrilled to provide these amazing storytellers with another platform to reach audiences,” said Fifer. “Thanks to them, our viewers, and our partners in public broadcasting, ITVS is the most productive presenter of public interest documentaries in the country.”

Musica: In the Studio with Jim Jones 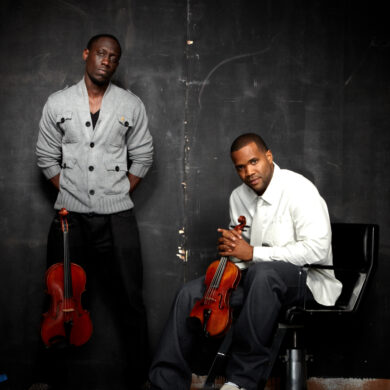