The Public Theater (Oskar Eustis, Artistic Director and Patrick Willingham, Executive Director) announced casting today for the upcoming revival of A RAISIN IN THE SUN written by Lorraine Hansberry and directed by Tony Award nominee Robert O’Hara. This revival marks Hansberry’s Public Theater debut as the theater’s Astor Place home celebrates its 55th season producing work by groundbreaking artists. The production will begin performances in the Newman Theater with a Joseph Papp Free Performance on Tuesday, September 27 and will run through Sunday, November 6. A RAISIN IN THE SUN will officially open on Wednesday, October 19.

Lorraine Hansberry’s A RAISIN IN THE SUN comes to Astor Place this fall in Hansberry’s Public Theater debut. Directed by Tony Award nominee Robert O’Hara, this fresh look at a classic proves to be as provocative and powerful today as it was in 1959. Lena Younger has decided to use her late husband’s life insurance to move her family out of their cramped apartment on Chicago’s South Side. Her son, Walter Lee, has other ideas. This innovative new production of an American classic fearlessly interrogates the American dream in the face of racial and economic strife.

“I am filled with curiosity and excitement by what this tremendous cast that The Public has assembled will bring to a play I consider simply the best ever written,” said director Robert O’Hara. He continues, “having them all with me and our brilliant designers in this exploration of this essential classic and doing it at The Public Theater where I debuted as a writer and director is a dream come true. A dream that I didn’t have to defer because there were works like A Raisin in the Sun  that I held as my guiding light and which blazed the path for me and countless others.”

In addition to A RAISIN IN THE SUN, The Public’s 55th anniversary season at Astor Place will also include Elevator Repair Service’s BALDWIN AND BUCKLEY AT CAMBRIDGE in the Anspacher Theater. The production is a profoundly relevant presentation of the legendary debate between virtuosic writer James Baldwin and father of American conservatism William F. Buckley, Jr. In October, WHERE WE BELONGbegins in the LuEsther Hall—an intimate and exhilarating solo piece written and performed by Madeline Sayet and directed by Mei Ann Teo, co-produced with Woolly Mammoth Theatre Company in association with Folger Shakespeare Library. Sayet’s story is a celebration of the indigenous community and an in-depth exploration of colonialism that asks us what it means to belong in an increasingly globalized world. The Public will close out the fall in Joe’s Pub with the World Premiere of Suzan-Lori Parks’ PLAYS FOR THE PLAGUE YEAR, both a personal story of one family’s daily lives, as well as a sweeping account of all we faced as a city, a nation, and a global community. Working in collaboration with Niegel Smith as director, Parks’ groundbreaking new work is brimming with humanity, bears witness to what we’ve experienced, and offers inspiration as we look ahead.

The Public requires proof of complete COVID-19 vaccination for access to the facility, theaters, and the restaurant. A booster dose is not required. Approved face masks are still required, including while watching a performance, with exceptions for attendees in Joe’s Pub and The Library at The Public, who are actively eating and drinking. Learn more at Safe At The Public.

The Library at The Public serves food and drink Tuesday through Sunday, beginning at 5:00 p.m. and closing at midnight. The Library is closed on Mondays. For more information, visit publictheater.org.

Festival! Highlights from the 3rd Annual World Festival of Black Arts and Cultures 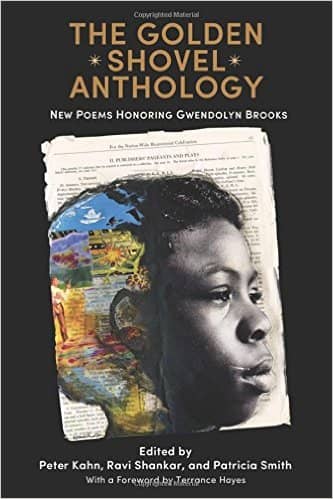