Xavier Hufkens is proud to present the first European gallery retrospective dedicated to the work of Antiguan painter, sculptor, writer, philosopher, and true Renaissance man, Frank Walter (1926-2009). Curated by Barbara Paca, O.B.E. and Nina Khrushcheva, the presentation charts the physical, emotional and socio-cultural trajectories of Walter’s life as he travels — both literally and figuratively — between two distinct worlds: that of the Caribbean and Northern Europe. His fierce intellect, political awareness, connection to nature and capacity for cosmic thought are all brought to the fore, revealing him as a polymath who, in the eyes of many, was born ahead of his time. Frank Walter largely worked in seclusion in middle age, meaning his ideas, writings and art were never fully appreciated during his lifetime. A radical reappraisal of his legacy in the decade since his death, however, has brought his work to a wider international audience. Today, Walter is recognised as being one of the most complex and visionary chroniclers of the twentieth century.

Walter’s biographical and creative journey is one of ascendence, transcendence and duality. As the offspring of both enslaved persons and German slave owners, he became the first Black man to hold the position of manager on Antigua; it was his ironic fate to manage a sugar plantation in 1948. Having broken production records by empowering his fellow workers with better pay, he embarked on a professional transatlantic voyage to England, Scotland and mainland Europe. He was a staunch civil rights advocate yet also saw himself, thanks in part to his obsessive genealogical research, as a genuine child of Europe. His self-portrait, in which he depicts himself as white, is particularly resonant in this respect. As an erudite and eloquent man, not to mention brilliant agriculturalist, artist and writer, he became increasingly dismayed at always having to justify his accomplishments to the white Europeans with whom he felt such an affinity. From 1953 to 1961 he lived in Europe and the U.K., where persistent racism had lasting effects on his mental health. Walter’s later abandonment of society to live as a semi-recluse in rural Antigua, however, was ultimately liberating. Forsaking all social conventions or expectations, he henceforth dedicated himself to his unique philosophical and prescient universe, to which he gave prolific expression in both words and images.

The exhibition draws the multiple strands of Frank Walter’s life together and explores the contradictions that shaped both his visual art and prose. While his story begins and ends in Antigua, his most formative years are closely linked to the Western hemisphere. Both Caribbean and European landscapes feature in the presentation as a testament to the artist’s abiding love for these contrasting places in his life. Christianity, which was introduced to Antigua by the European settlers, is still the majority religion on the island. While this is a connecting thread throughout Walter’s oeuvre, as seen in Self–Portrait as Christ on the Cross and Roman Catholic Cardinal, the artist was also immersed in myth and folklore, as evidenced by Vampire and the unique wooden carvings depicting ancient gods and figures from the indigenous Arawak culture. And while he largely avoided people in later life, he painted them constantly and compiled vast genealogies that link countless individuals across time, space and continents. Walter depicted local characters, such as Orange Woman, Two Tourist Guys and Sir George Walter Counting with his Fingers (a portrait of his brother, Sir George Walter, the premier of Antigua and Barbuda). But he

also portrayed contemporary and historical representatives of the ruling elite

and symbols of British culture, as exemplified by Adam and Eve (Charles and Diana), Cricket Player, and the small sculpture of King Charles II of England (to whom the artist believed he was related via the king’s mistress Lucy Walter). Yet Frank Walter was also a spiritually inquisitive man whose mind was unconstrained by the physical limitations and social constructs of the world

he inhabited. Non-figurative works, such as Hypnosis and Abstract Red Birds provide a window onto the alternative, almost astral realms to which Walter travelled in his mind’s eye, while Abstract Stars illustrates the refined ordering principles, or psycho-geometries, that run like a leitmotiv through his work.

Another series sheds light on Frank Walter’s socio-political engagement and intimate bond with his community. The ‘slogan’ paintings — which sometimes feature excerpts from local advertisements, at other times the artist’s own declarations — shed light on early-modern Antiguan life. Statements such as Land for Sale, House for Rent and No Credit, for example, all bear witness to

a country grappling with the aftershocks of the Second World War, its post- colonial history vis-à-vis the Commonwealth, not to mention the advent of mass tourism. In Walter’s mind, everything was interlinked: nature, society, economics, technology, politics and culture. And he instinctively understood this reality long before contemporary global crises opened our own eyes to the precariousness of these distinct but deeply interconnected systems. As both the embodiment of the post-colonial era and exemplar of a truly universal man,

Frank Walter is an artist whose legacy allows us to see the world from an entirely unique perspective.

Francis Archibald Wentworth Walter (1926-2009) was honoured with a retrospective in Antigua and Barbuda’s inaugural National Pavilion at the 2017 Venice Biennale and at the Museum für Moderne Kunst in 2020. His work has also been the subject of solo exhibitions at The Douglas Hyde Gallery, Trinity College, Dublin (2013) and Harewood House, Leeds (2017). In 2019, his work was also featured at the 58th Venice Biennale as part of the group

exhibition Find Yourself: Carnival and Resistance, exploring carnival in the culture of Antigua and Barbuda, curated by Barbara Paca and Nina Khrushcheva.

The Frank Walter Catalogue Raisonné project is currently being undertaken by the Walter family and Dr. Barbara Paca. 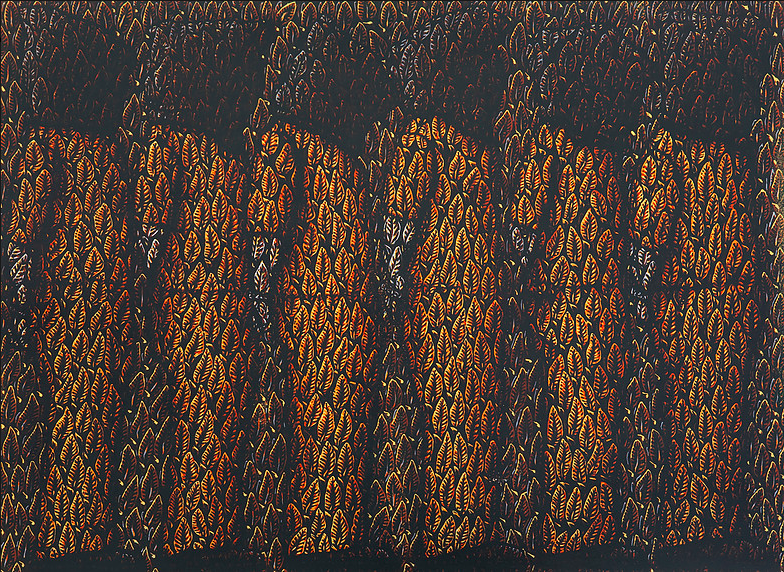 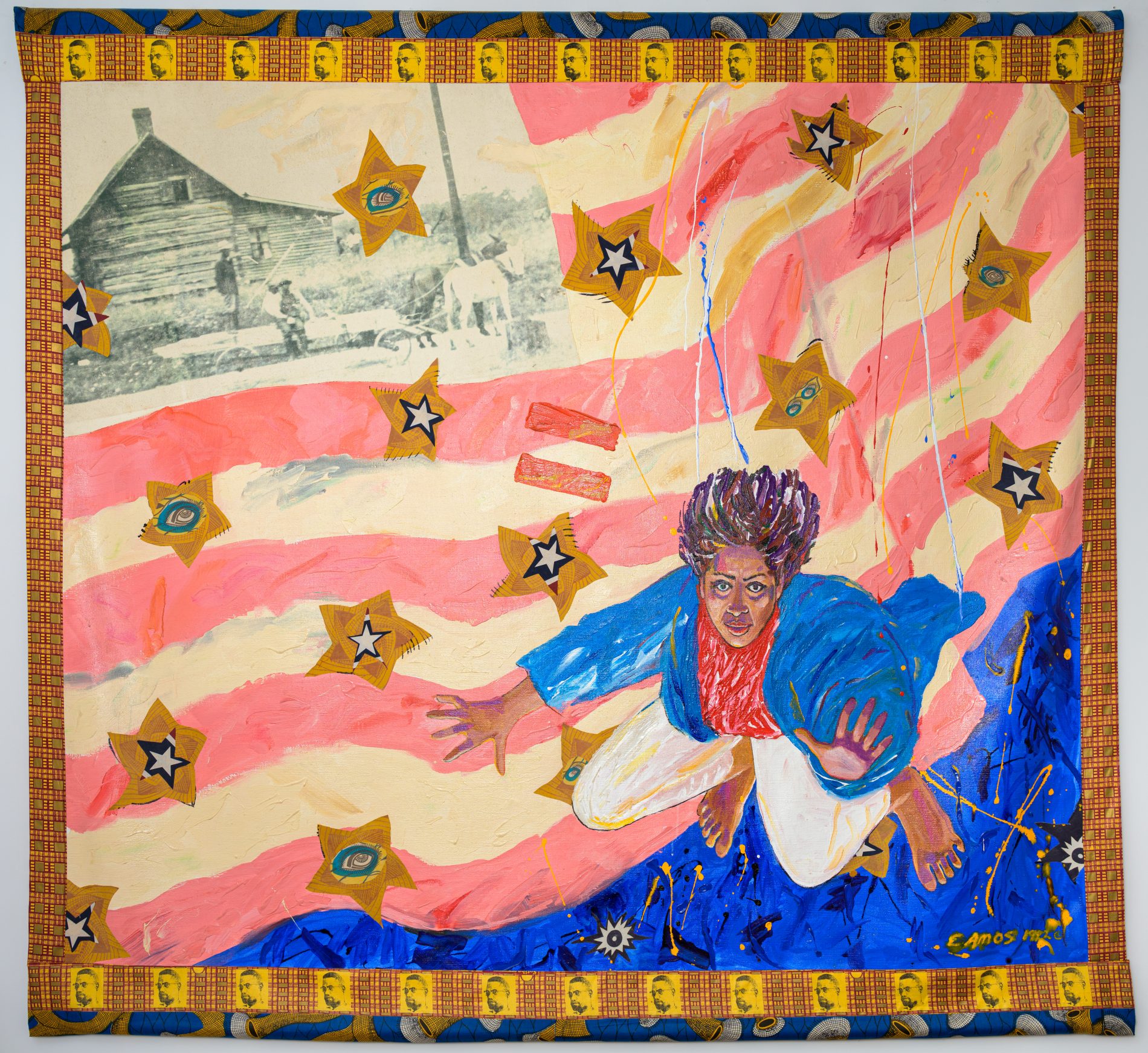 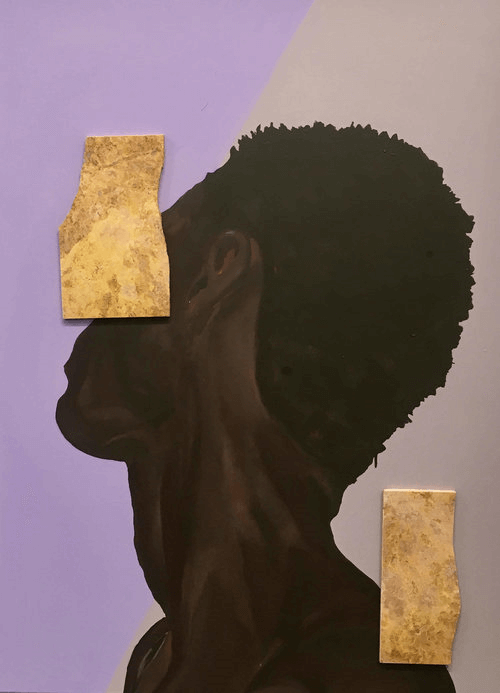 Artist of the Day: Barry Johnson