This Week in Black Art: CFDA and Vogue Announce 2022 Finalists, New Director of Curatorial Affairs at the Queens Museum and more

The John F. Kennedy Center for the Performing Arts names Stacey Johnson chief financial officer and Aswathi Zachariah general counsel. Both of the top honors at the Venice Biennale go to Black women. The CFDA and Vogue Fashion Fund announce their 2022 finalists. Lauren Haynes is appointed director of curatorial affairs at the Queens Museum. Read more in this week’s Black Art and Culture.

The Kennedy Center has announced that Stacey Johnson has been named chief financial officer, effective May 2, and that Aswathi Zachariah has joined the Center as general counsel, effective April 18.

Johnson joins the administrative services group, which includes the Center’s information technology and human resources teams. She will be a vital element of the Center’s leadership team, responsible for managing the Kennedy Center’s financial operations. She served as CFO for the American Federation of Teachers from 2017 until she arrived at the Center, where she was instrumental in converting the company to remote business operations and strengthening financial supervision and management. Prior to that, Johnson was the CFO of Alexandria City Public Schools, where her work was recognized by national groups.

“Stacey and Aswathi join us at a pivotal moment for the Kennedy Center, as we enter our second half-century and a changing landscape presents new challenges and opportunities,” said President Deborah F. Rutter. “Both of these remarkable women bring the significant depth of experience, creativity, and fresh perspective to meet this moment head-on as they assume these vital leadership roles that are so critical to our business.”

Zachariah will supervise and direct the legal and corresponding business matters of the Kennedy Center, the National Symphony Orchestra, the Washington National Opera, and their respective linked enterprises in collaboration with the Kennedy Center’s senior personnel.

Prior to joining the Kennedy Center, Zachariah worked as general counsel for the Inter-American Foundation (IAF), a United States federal agency that promotes community-led development in Latin America and the Caribbean via grant-making, technical assistance, and public-private partnerships. She formerly worked as an associate general counsel at the National Endowment for the Arts.

This weekend, British artist Sonia Boyce and American sculptor Simone Leigh received Golden Lions at the 59th Venice Biennale, the exhibition’s top distinctions. Boyce was given the award for Best National Participation, while Leigh was named Best Participant for her work at Cecilia Alemani’s main show, The Milk of Dreams with Brick House (2019). They are not only the first Black women to represent their countries in the international exhibition, but they are also the first to earn the Biennale’s highest accolades.

Boyce’s British Pavilion Feeling Her Way included recordings in Abbey Road Studios by musicians Jacqui Dankworth, Poppy Ajudha, Sofia Jernberg, Tanita Tikaram and composer Errollyn Wallen. The exhibit is part of The Devotional Project, in which Boyce is embarking on a two-decade-long project to investigate and document the history of Black British women in the music business. Boyce’s trademark usage of collage and video art are prominent as their voices collide and harmonize in various rooms. A total of six rooms are related to each artists’ genre and spirit.

Wallen improvises with each performer, allowing the vocalists to lead with their voices rather than the composer taking over the session. “There’s a part of me that enjoys making noise—and wanting other people to create noise,” Boyce said during a British Council Arts interview on the project. During her award speech, she expressed gratitude to the late curator Okwui Enwezor, who acknowledged her work in the main exhibition he curated in 2015.

Leigh was honored for Brick House (2019), a 16-foot-tall sculpture that greets visitors as they approach the Arsenale portion of the main display. It was initially commissioned for the High Line in New York, where Alemani is the curator. The work depicts an eyeless Black woman reaching 16 feet, whose form descends into a clay dwelling for a skirt. The Batammaliba tribe of Northeast Togo, the peculiar and racist construction of the Mississippian roadside diner “Mammy’s Cupboard,” and teleuks, the dome-shaped mud huts of the Mousgoum people have all been noted inspirations.

“I chose the title ‘sovereignty’ because I was trying to point to ideas of self-determination—and also to, now, the fourth or fifth generation of Black feminist thought,” Leigh said. “It’s a very polyglot, complicated thing, but one thing we all agree on is our desire to be ourselves and to have control over our own bodies.”

The CFDA and Vogue are excited to announce the names of this year’s ten CFDA/Vogue Fashion Fund (CVFF) finalists, which include six Black emerging designers and labels:

“This year’s group of finalists are among the best talents to bring fashion into the future,” said Steven Kolb, CEO of the CFDA. “They’re diverse, daring, and redefine codes of American style.”

Following 9/11, the CFDA/Vogue Fashion Fund was created to assist budding designers and nurture the next generation of American fashion talent. In 2021, the concept was updated to meet the difficulties confronting the American fashion industry, with all finalists receiving money and personal mentorship from industry professionals based on defined areas of need.

Lauren Haynes has been named director of curatorial affairs and programs at the Queens Museum, starting in mid-July.

Haynes will oversee the Queens Museum’s curatorial and programming divisions and collaborate closely with the education department as part of a larger ambition to bring all of the museum’s operations under one umbrella. This group, known as the content team, will report to Queens Museum Executive Director Sally Tallant.

After graduating from Oberlin College with a bachelor’s degree in art history, Haynes joined the Studio Museum and stayed for a decade, holding positions ranging from curatorial assistant to associate curator. She became the curator of contemporary art at the Crystal Bridges Museum of American Art in Bentonville, Arkansas in 2016. She also had a key role in the opening of Crystal Bridges’ modern art center in downtown Bentonville, which is set to open in February 2020. After being promoted to director of artist initiatives, she ended up leaving in June of last year to work as senior curator of contemporary art at the Nasher Museum of Art at Duke University in Durham, North Carolina.

“The Queens Museum is an institution I have long admired,” she said in the appointment announcement. “Its connection to both global and local communities and embrace of diverse artistic practices provides unique opportunities for experimentation and radical inclusivity. After many years away, I am excited to make my return to New York, where I spent much of my early career, and to contribute towards the incredible and important work the Museum is doing.” 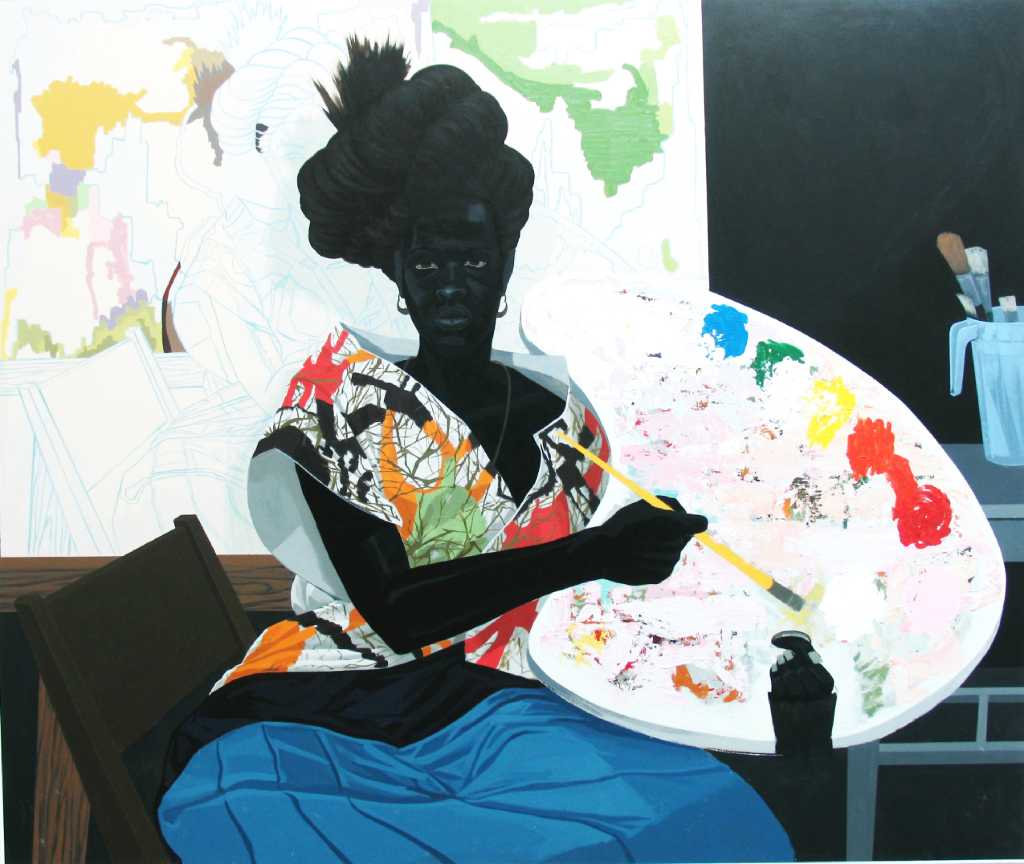 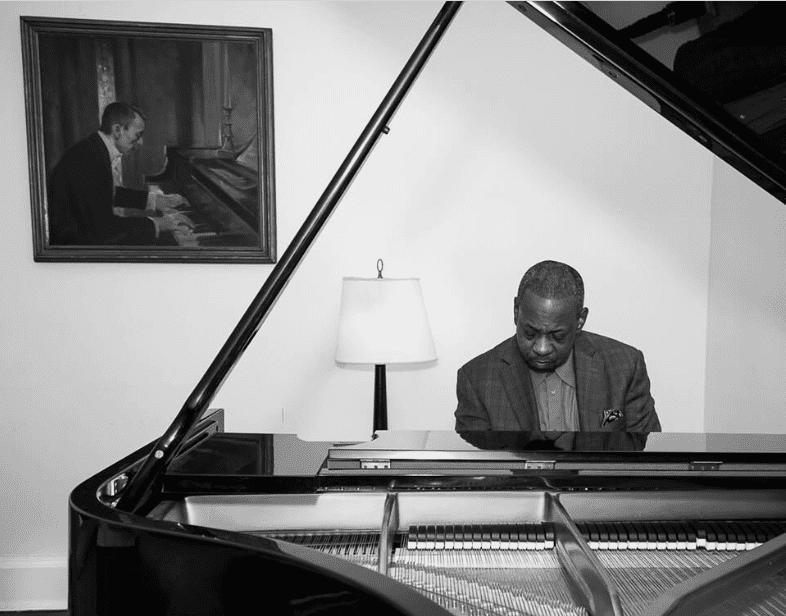 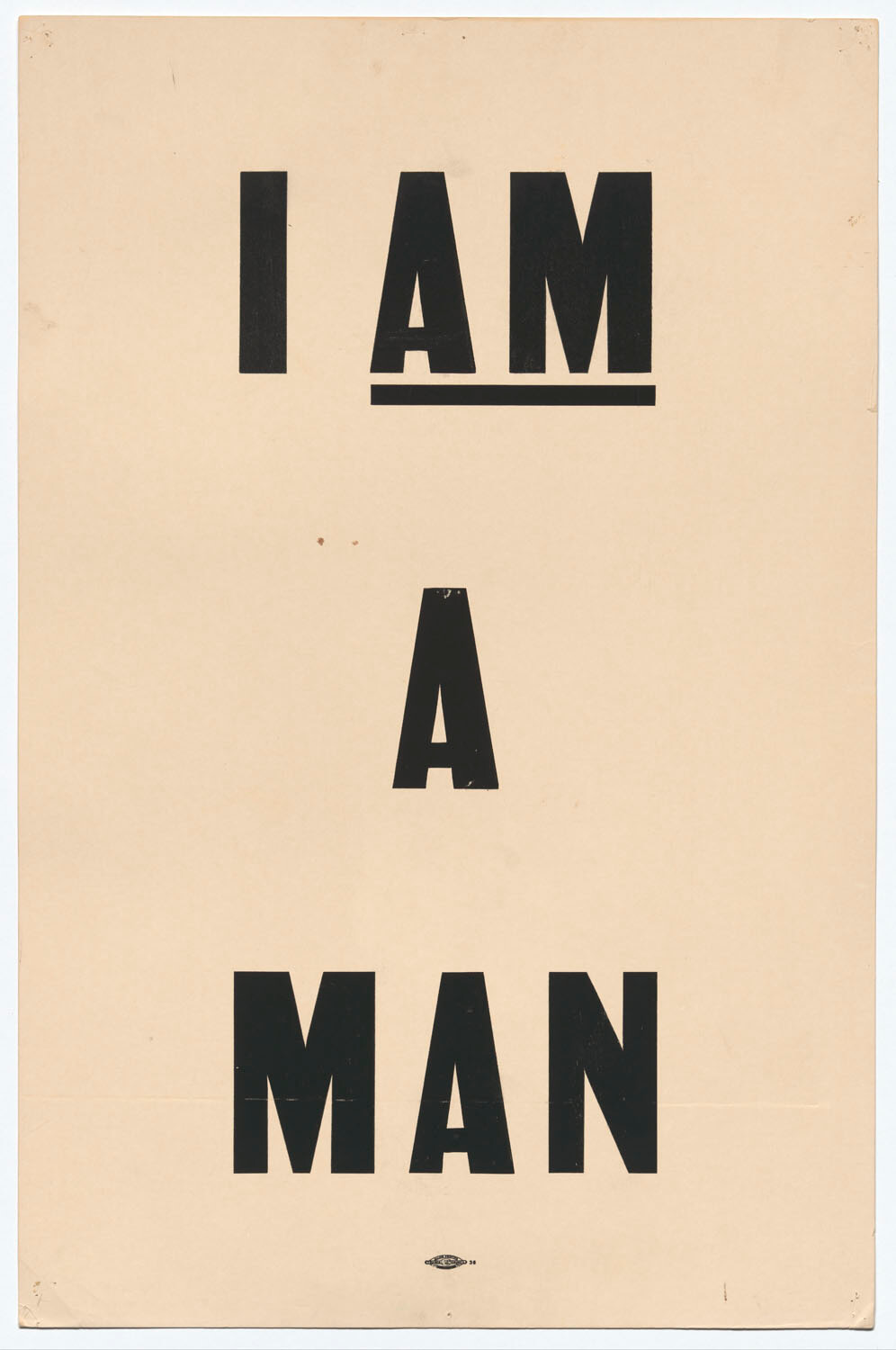 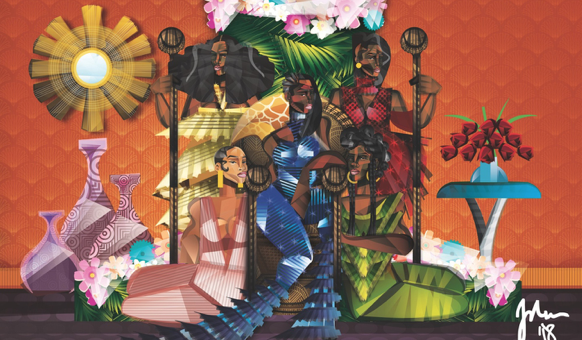