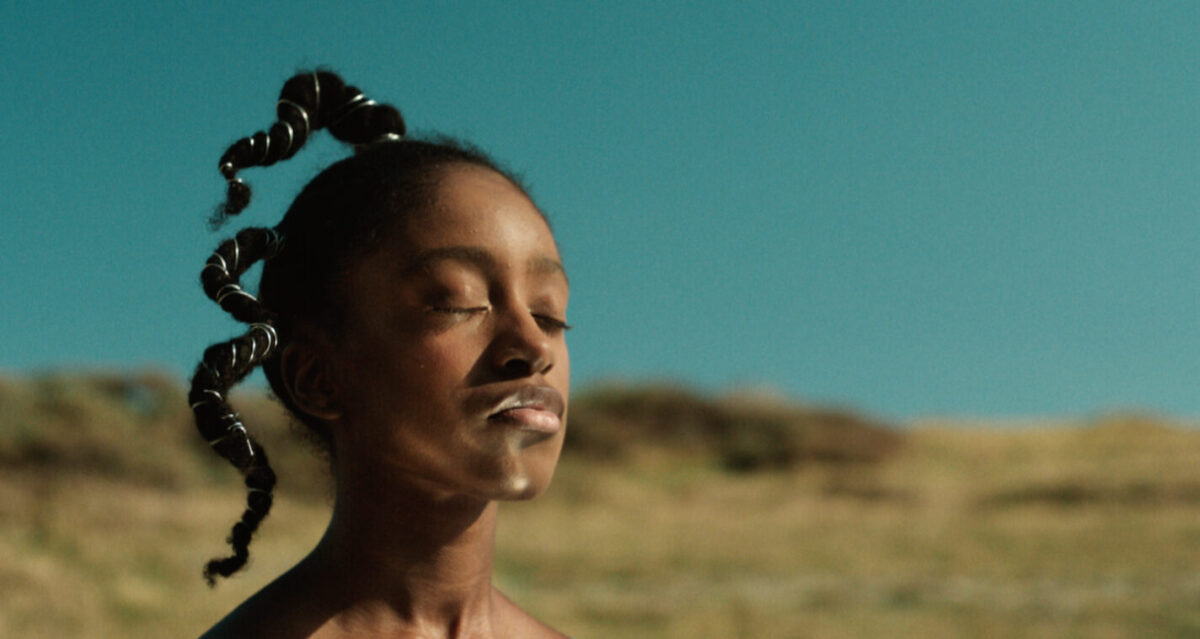 Victor Glemaud’s collective, IN THE BLK, staged one of the first fashion presentations on the third day of New York Fashion Week. The Fashion Minority Alliance, Color of Change and UPS collaborated to support the event. The show will follow the #ChangeFashion inclusion rider, which promotes backstage diversity in the fashion industry and will include rising designers Khiry, House of Aama, and Third Crown.

IN THE BLK, a collective that aspires to unify and establish economic independence for Black people on the world fashion scene, hosted the first presentation. The #ChangeFashion inclusion rider aims to guarantee that the cast and staff of fashion shows come from a wide range of backgrounds that reflect “real life.” Color of Change, Joan Smalls, IMG and the Black in Fashion Council founded the group with the goal of combating racism and long-standing structural difficulties in the industry.

Kofi and Kristen Essel, co-founders and co-designers of Third Crown, kicked off the event. The two are noted for taking into account a gemstone’s therapeutic capabilities and adding aspects of architectural surroundings to develop their men’s and women’s jewelry lines, as shown by their Edelsteen collection—whose moniker is Afrikaans for “gemstone.”

House of Aama, a mother-daughter-led fashion house created by Rebecca Henry and Akua Shabaka, was the next to take the stage. Black sailors and the water spirits of Yemaya, Olokun and Agwe, who have acted as spiritual anchors of African traditions in the diaspora, were influences for the brand’s previous collection, “Salt Water.”

Khiry, an Afrofuturist luxury brand created by Jameel Mohammed, best recognized for his outstanding jewelry collections, ended the showcase. The collection was a continuation of “Fights Reveal Futilities.” Spikes, daggers, thorns, and stingers found in nature are used in the 16-piece collection.

Issa Rae, creator of and actress in Insecure, has been chosen as the Producers Guild Awards’ 2022 Visionary Award winner. The Visionary Award honors producers across television, film and new media who share inspiring, uplifting stories that add unique value to society and culture.

Rae developed and appears in HBO’s Insecure, for which she has won many Emmy and Golden Globe nominations. She also voices Jessica Drew in the forthcoming animated Spider-Man: Across the Spider-Verse – Part One. She appeared in Netflix’s The Lovebirds and HBO’s political comedy Coastal Elites in 2020. Under her overall agreement with HBO and HBO Max, Rae is developing multiple projects, including Rap Sh*t, an adaptation of the successful New York Times podcast, Nice White Parents with Adam McKay, and an adaptation of the classic Octavia Butler novel, Fledgling with J.J. Abrams.

The 33rd Annual Producers Guild Awards takes place on March 19 at the Fairmont Century Plaza in Los Angeles. “Issa makes us excited for the future of television,” said Producers Guild of America Presidents Gail Berman and Lucy Fisher in a written statement. “With her series Insecure, she achieved the highest levels of comedy, perspective and performance possible, and her sharp wit and distinct voice will undoubtedly continue to drive quality entertainment featuring underrepresented voices. Beyond Issa’s prolific work, she is a role model and inspiration to the next generation of creatives through her mentorship programs like ColorCreative, and more recently, Project Greenlight. We are thrilled to honor Issa this year.”

Afrofuturism in Cinema: Infinity, Creativity, and Beyond is a series of film screenings and panels at the New York Film Academy (presented in collaboration with Carnegie Hall) that look at how the foundation laid by our artistic forefathers has given birth to a new generation of filmmakers who want to use cinema to challenge, provoke, break us down, build us up and introduce us to infinite possibility. Festival concerts in Carnegie Hall by renowned performers explore Afrofuturism’s limitless aural essence through jazz, funk, hip-hop, electronic music and more.

The Afrofuturistic-influenced stylings of Grammy award-winning singer Flying Lotus, the Sun Ra Arkestra, Theo Croker and many more will be performed during the month-long series. Carnegie was closed from March 13, 2020 through last October due to the coronavirus outbreak, and in April, it hosted a digital “Voices of Hope” event.

This year’s festival is the first to be held in person since 2019’s “Migrations: The Making of America.” In connection with the festival, Carnegie created a chronology of African American music. More than 70 renowned cultural organizations from New York City and abroad broaden the festival’s reach with a diverse range of multidisciplinary public programs exploring African and African-diasporic ideologies, speculative fiction, mythology and comics. The Metropolitan Museum of Art, Juilliard School, Schomburg Center for Research in Black Culture, Harlem’s Studio Museum, National Sawdust and New York Film Academy each will host events. The Association for the Advancement of Creative Musicians, established in Chicago, has an online component.

A group of Chicago officials is urging residents to support the city’s Black home museums. Members of the Coalition of Black House Museums said Thursday that the A. Philip Randolph Pullman Porter Museum, Elijah Muhammad House, Emmett and Mamie Till-Mobley House Museum and the Muddy Waters Original Jam Out Museum are among the city’s venues where African American history and stories are preserved.

Muddy Waters previously owned the Muddy Waters Original Jam Out Museum. House museums are often located in private houses or buildings and contain house historical, art and other collections. In March 2021, the Coalition of Black House Museums was formed to link the leaders of Black house museums around Chicago. Lyn Hughes, the creator of the A. Philip Randolph Pullman Porter Museum, said that African American culture “is the glue that has held the Black community together for hundreds of years,” and that “the true representation of our culture is vital.”

The Pullman Porter Museum is named after Asa Philip Randolph and Pullman Porters, members of the Brotherhood of Sleeping Car Porters organization. Muddy Waters previously owned the Muddy Waters Original Jam Out Museum. The former Woodlawn residence, where Emmett Till lived with his mother, Mamie Till-Mobley, is now the Emmett and Mamie Till-Mobley House Museum, which received a landmark designation in January. The Elijah Muhammad House was purchased by Muhammad in 1952 and remains today a private residence. 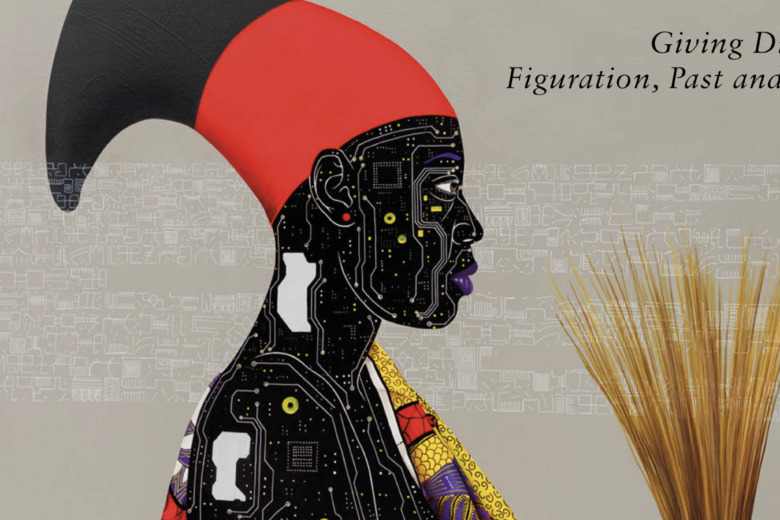 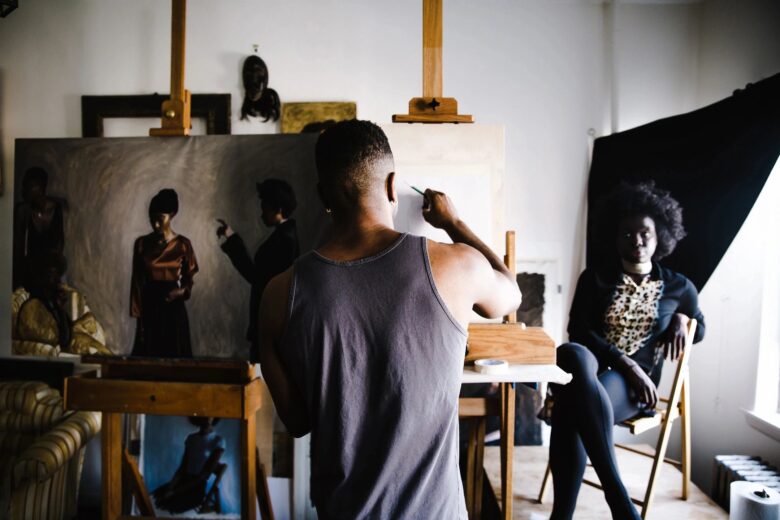