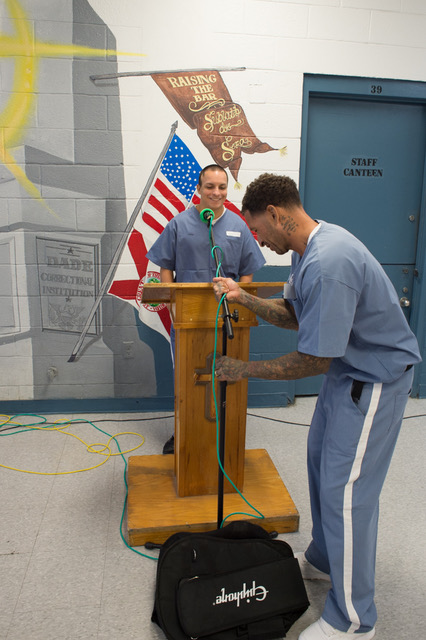 Southern states have some of the most racist and restrictive laws in the country—and Florida is no exception. Here, minor offenses are deemed criminal activities, and punishments for minorities—especially Black and Latinx people—are the harshest. Florida has one of the highest prison populations in the country—and the history of this dates back to the days of Jim Crow laws and a segregated South.

The reality is that we live in a world where the voices of the incarcerated are often dismissed and largely ignored by the public. Men and women living behind bars most often are considered second-class citizens. They face unimaginable challenges when trying to rebuild their lives once outside of the prison system, not to mention maintaining their mental health while in the system. An article published in ARTNews highlights that the rise in art and artistic expression has grown significantly over the past few years among America’s incarcerated and formerly incarcerated populations. The raw truth and undeniable honesty of these artists and creators shows a side of American life lived within the margins of society that most neither understand nor care to empathize with.

Two major organizations have taken up the charge to give a voice to more than 176,000 (2018, Source: Prison Policy Initiative) otherwise voiceless people living in the confinement of Florida’s incredibly large prison system. Shining a light on the prison population, and bringing the talents of these individuals to a larger audience within the Sunshine State and beyond, Exchange for Change and O, Miami have worked together for years. The two nonprofits have been finding alignment in their shared vision for social justice and equity through art, literature and activism.

The Luis Angel Hernandez Florida Prison Poet Laureate is an honorary two-year position awarded by Exchange for Change and O, Miami Poetry Festival to a poet incarcerated within the Florida Department of Corrections. The program is named after an exceptionally talented inmate who died of cancer in 2018.

Kathie Klarreich is the woman behind Exchange for Change, and she’s dedicated her life to social justice through writing and journalism—but the path that brought her to where she is today wasn’t straight or narrow. Her story begins as a young woman that moved to Haiti to work as a journalist. The author and writer fell in love with the small Caribbean island nation, and over the next 20 years, she spent time traveling back and forth between Haiti

and the U.S. Falling in love with Haiti and its people was inevitable, and when she returned to the States, Klarreich longed to connect with the extensive Haitian community for which Miami—an international city with close ties to its Caribbean and Latin-American neighbors—is well known.

Exchange for Change grew out of the decades-long experiences Klarreich witnessed while discovering the culture and wanting to teach writing to Haitian women in prisons in Florida. Her work began in a Homestead Correctional Institution for women, where unfortunately at the onset, not enough women signed up for the writing program to take flight. She soon joined forces with a professor from Florida Atlantic University and later not only began volunteering at the women’s prison, but at the men’s facilities as well.

In collaboration with a writing course at Florida Atlantic and the exchange program of reading and writing via students and inmates, Klarreich quickly realized the work was bigger than just one writing course. The implications for change were enormous—giving inmates a chance at a better life and more promising options to be reinstated into a sense of normalcy once outside of prison through writing, critical thinking skills, and developing communication techniques through literature.

“I am proud of the fact that the voices of the incarcerated are getting out to the public,” Klarreich said. “There are thousands of really talented people who are locked away, and the laureateship allows the public to hear their voices.”

In 2018, Klarreich and Exchange for Change partnered with P. Scott Cunningham and O, Miami to further the work of bringing the writing of Florida’s inmates and their stories to the public. O, Miami, founded by P. Scott Cunningham is a nonprofit organization whose mission is to build community through literature. O, Miami hosts educational programs and collaborates with some of the city’s most important institutions such as the Pérez Art Museum Miami, The Miami Herald, Miami’s Design District, Locust Projects, and Fountainhead Residency to name a few.

The O, Miami Poetry Festival runs from April 1-30, turning the dynamic city into its own exhibition space. From poems painted on the rooftops of buildings, to massive billboards on Miami city streets, to poems on buses that travel throughout the city, the festival partners with the city’s community organizations to bring the transformative power of poetry to a wider audience.

Cunningham is an author, poet and essayist originally from Boca Raton who knows all too well the draconian, racist laws in Florida that result in some of the nation’s highest

incarceration rates. “Florida is a politically regressive state and has a lot of laws on the books that are—I don’t really know another way to say it—other than they’re racist,” he shared.

Cunningham reveals that Miami is not as progressive a town as one might think, with its racial and ethnic diversity and a high population of Latin and Caribbean residents. A graduate of Wesleyan University, Cunningham, director of O, Miami, has been named one of “20 Under 40 Emerging South Florida Leaders” by The Miami Herald and one of 51 “brilliant urbanites who are helping to build the cities of America’s future” by Fast Company. The Prison Poet Laureate, his community-building work with O, Miami and educating inmates through writing programs help to build awareness within the public about the livelihood of inmates, ”promoting rehabilitation through the arts; and asserting the basic humanity of all living beings.”

Once Klarreich and Cunningham joined forces, they created the Prison Poet Laureate Program, and the symbiotic relationship grew quickly as they both shared a love of art and community. Understanding the power of art to radically transform one’s life for the better, they set out to use Cunningham’s expertise in poetry as a change agent, and Klarreich’s extensive background in social justice work through her time connecting with inmates, to create a program to bring awareness to the talents of Florida’s most invisible citizens. The program has enriched the lives of dozens of inmates, bringing their life stories and incredible poems to more people. 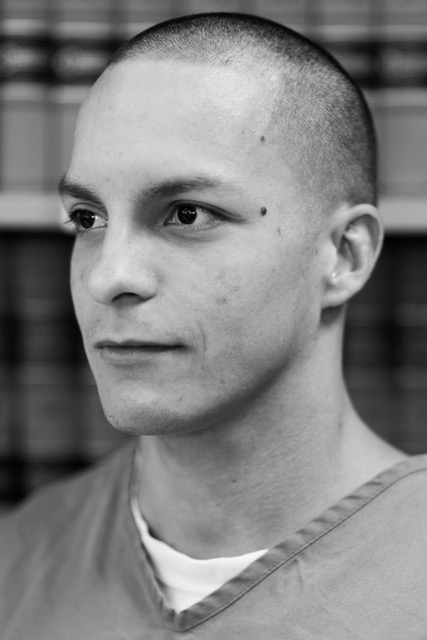 Through programming, marketing initiatives and events held each year, among other community engagements, O, Miami and Exchange for Change have carved out an important space for the incarcerated and formerly incarcerated to bring their talents to people living outside the prison system. As a result of years of dedication in the field, Klarreich and Cunningham have reinvigorated the spirit of social activism through the arts with poetry, literature and writing.

Reflecting on the work they’ve both done over the years, the two agree that they never thought of the work they were doing as social justice. It initially began with a passion for the arts—in Klarreich’s case, by way of journalism and her time living and working in Haiti, and for Cunningham, through poetry as a vehicle for change within the greater Miami area. The program, now in its ninth year, continues to grow, using the backdrop of Miami as a platform for the creativity and thoughtfulness of our nation’s incarcerated population. 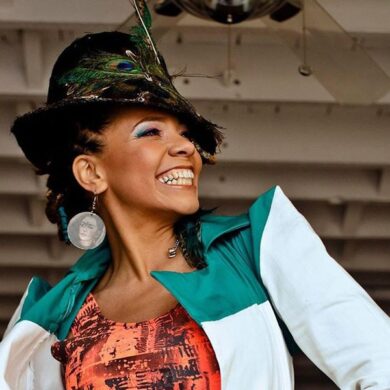 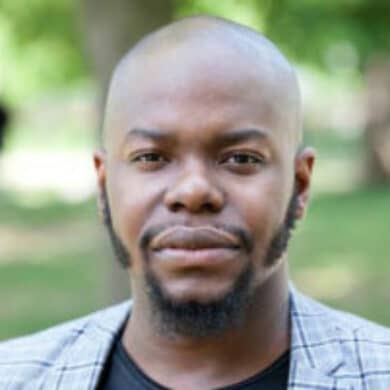 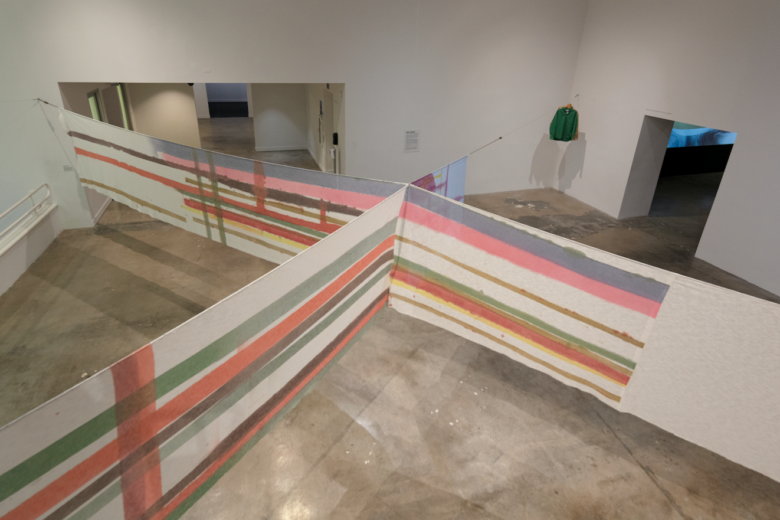 Eric N. Mack on Art, Culture and Walking Across the Room By Kendra Walker 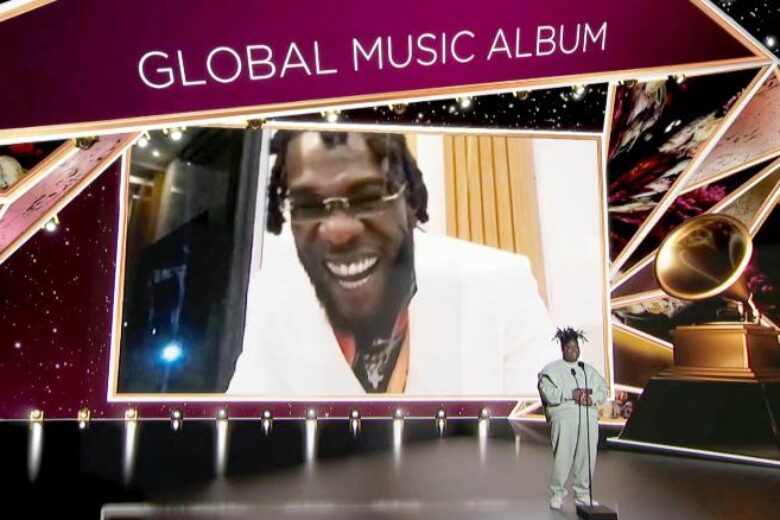