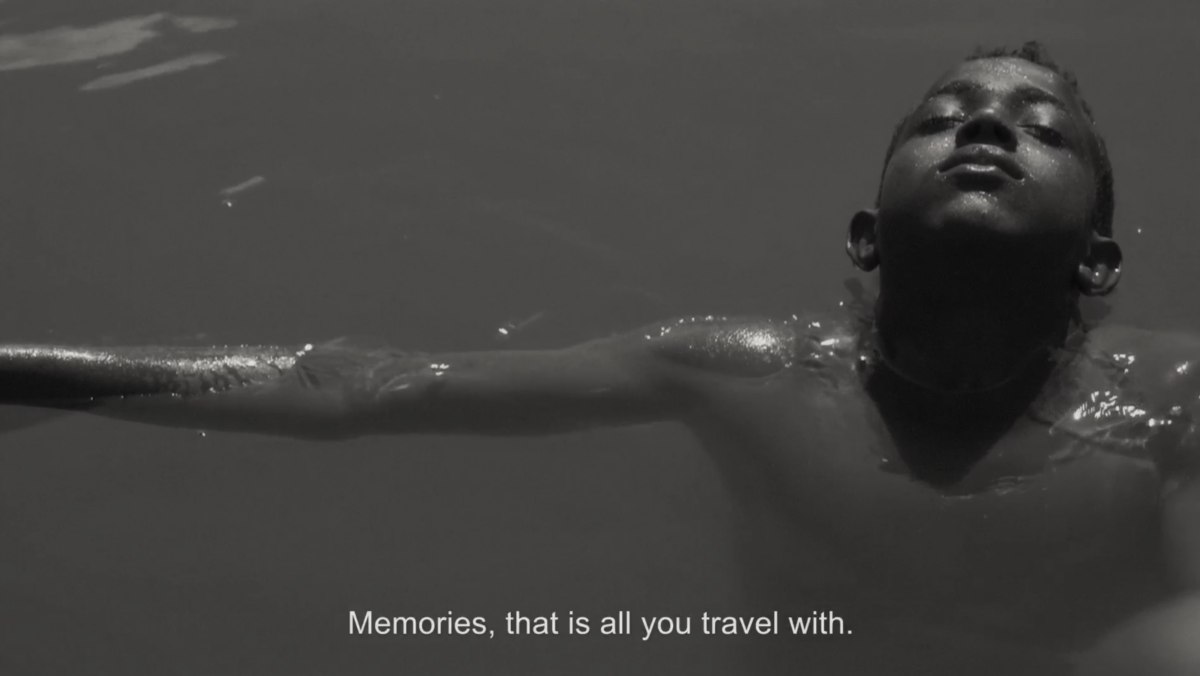 The 2021 Sundance Festival was a rabbit hole, a cinematic sensory overload for those seeking solace in isolation. For the first time in the festival’s history, a digital platform replaced the arctic chill and crowds of Park City, Utah, granting a broader viewership access to exclusive programming, live Q&As, daily recaps and virtual party rooms. Sundance Film Festival Director Tabitha Jackson noted that festival programmers strove to maintain a sense of connectivity for audiences during quarantine.

While the third wave of the pandemic rages on festivals, fairs and concerts continue to capitalize on our desire to consume culture. The virtual landscape provides an optimal platform. Who knows when we will comfortably gather again, congregate en masse under the iridescent glow of theater screens? Sterile bits of floating data streaming through our devices are more palatable than the possibility of COVID-infected air infiltrating our lungs. Red eyes scan the screens, double check to make sure our favorited films have been saved and that premiere passes are in play. Only Octavia Butler could have imagined an apocalypse such as this.

Out of 14,092 submissions including feature films, narrative features, international narrative features, documentaries (international and US), short films, indies and new frontier submissions, 141 projects were accepted, and 50% of those selections were created by filmmakers of color. “Our mission and purpose is around highlighting voices at the margins,” Jackson said, “It was an immediate looking inward.” Slow change, but Max Roach reminds us not to be weary. Push until change is realized. Keeping with tradition, the festival also screened selections at 28 satellite locations across the country.

Each narrative feature, documentary, short film and new frontier VR engagement assesses the past, unpacks the present or imagines possible futures, providing the manna, escape and reflection that many of us desperately need.

Among the most exciting aspects of the festival, besides the extraordinary selection of films and the broader cinephile community, are the exclusive first looks at major upcoming projects. These are the announcements that Sugarcane is excited to see.

ARRAY Crew:
Hosted on the Warner Media Lodge in celebration of the 10th Anniversary of ARRAY/AFFRM
Two years in the making, Director/Producer/AFFRM Founder Ava Duvernay launched ARRAYCrew, a platform, database and tool created to help to diversify film crews and open pathways to employment for “below-the-line crew members,” historically marginalized communities who work in the film/TV industry.

“You’re not a diverse production if you only have a Black, Brown or woman director,” says Duvernay. “How do you go further…? [With good] systems… We are hoping that this changes behavior, the way our industry works and what keeps people out of the conversation.” To date, ARRAYCrew has a repository of thousands of talented crew members with verified credentials.

Exterminate All the Brutes by Raoul Peck
Hosted on Sundance Festival: The Big Conversation moderated by Tabitha Jackson
Inspired by the Sven Lindquist book of the same name, Roxanne Dunbar Ortiz’s text, An Indigenous Peoples History, and Michel-Rolph Trouillot’s work, Silencing the Past—Director Raoul Peck (I Am Not Your Negro), created a four-part hybrid HBO docuseries about the history of colonialism and white supremacy in Europe. Catalyzed by the lack of acknowledgement and accountability of France and other European countries for their own biases and allowances of anti-Black state-sanctioned violence, “I make film because I feel that I can say something, that I need to say something,” says Peck.
Exterminate All the Brutes premieres April 7 at 9:00 p.m. EST on HBO and HBO MAX.

Above: A still from Judas and the Black Messiah

OWN Premieres
Hosted on The Black House Foundation—Art of Black Storytelling & Representation OWN
Oprah Winfrey’s celebrated network, OWN announced the premiere of a new series Delilah, updates about new seasons for renowned series Queen Sugar, and a new documentary, (In)Visible Portraits.

Delilah
Directed by Craig Wright, Delilah, a new drama series set to debut on OWN in March, follows African American lawyer Delilah (Maahra Hill) after she resigns from a prestigious, predominantly white law firm to raise her children. The shift leads her to focus on social justice issues and cases brought up by disenfranchised communities.
Watch the Delilah trailer.

Standout Films
2021 Sundance has no shortage of powerful works. The following list represents exceptional narrative features, documentaries and shorts that are directed by or about members of the Black, African American, African, Caribbean and AfroLatinX and LatinX communities.

I ran from it and was still in it (2020) (11 minutes)
Directed by Darol Olu Kae
Synopsis: A poetic meditation on familial loss and separation, and the love that endures against dispersion.

The Longest Dream I Remember (2021) (25 minutes)
Directed by Carlos Lenin
Synopsis: As Tania leaves her hometown, she must confront what her absence will mean in the search for her disappeared father.

A Concerto is a Conversation (2021) (13 minutes)
Directed by Kris Bowers and Ben Proudfoot
Synopsis: A virtuoso jazz pianist and film composer tracks his family’s lineage through his 91-year-old grandfather from Jim Crow Florida to the Walt Disney Concert Hall.

Black Bodies (2020) (4 minutes)
Directed by Kelly Fyffe-Marshall
Synopsis: A Black man, poet Komi Olaf, laments as he comes face-to-face with the realities of being Black in the 21st century.

Lizard (2020) (18 minutes)
Directed by Akinola Davies
Synopsis: An eight-year-old girl with an ability to sense danger gets ejected from Sunday school service. She unwittingly witnesses the underbelly in and around a megachurch in Lagos, Nigeria.

Up at Night (2021) (20 minutes)
Directed by Nelson McKengo
Synopsis: As dusk fades and another night without electricity falls, Kinshasa’s neighborhoods reveal an environment of violence, political conflict and uncertainty over the building of a hydroelectric dam.

Ailey (2021) (82 minutes)
Directed by Jamila Wignot
Synopsis: An immersive portrait of dance pioneer Alvin Ailey, told through his own words and a new dance inspired by his life.

My Name is Pauli Murray (2021) (91 minutes)
Directed by Julie Cohen and Betsy West
Synopsis: A look at the life and ideas of Pauli Murray, a non-binary Black lawyer, activist and poet who influenced both Ruth Bader Ginsburg and Thurgood Marshall.

Faya Dayi (2021) (120 minutes)
Directed by Jessica Beshir
Synopsis: A spiritual journey into the highlands of Harar, immersed in the rituals of khat, a leaf Sufi Muslims chewed for centuries for religious meditations—and Ethiopia’s most lucrative cash crop today.

Summer of Soul: When the Revolution Could Not Be Televised (2021) (117 minutes)
Directed by Amir Questlove Thompson
Synopsis: Feature documentary about the legendary 1969 Harlem Cultural Festival, which celebrated African American music and culture and promoted Black pride and unity.

Night of the Kings
Directed by Philippe LaCote
Synopsis: A young man is sent to “La Maca,” an Ivory Coast prison in the middle of the forest that is ruled by its prisoners. With the red moon rising, he is designated by the Boss to be the new “Roman” and must tell a story to the other prisoners.

What we love about it: Griots are gods. African folklore. Choral poem. 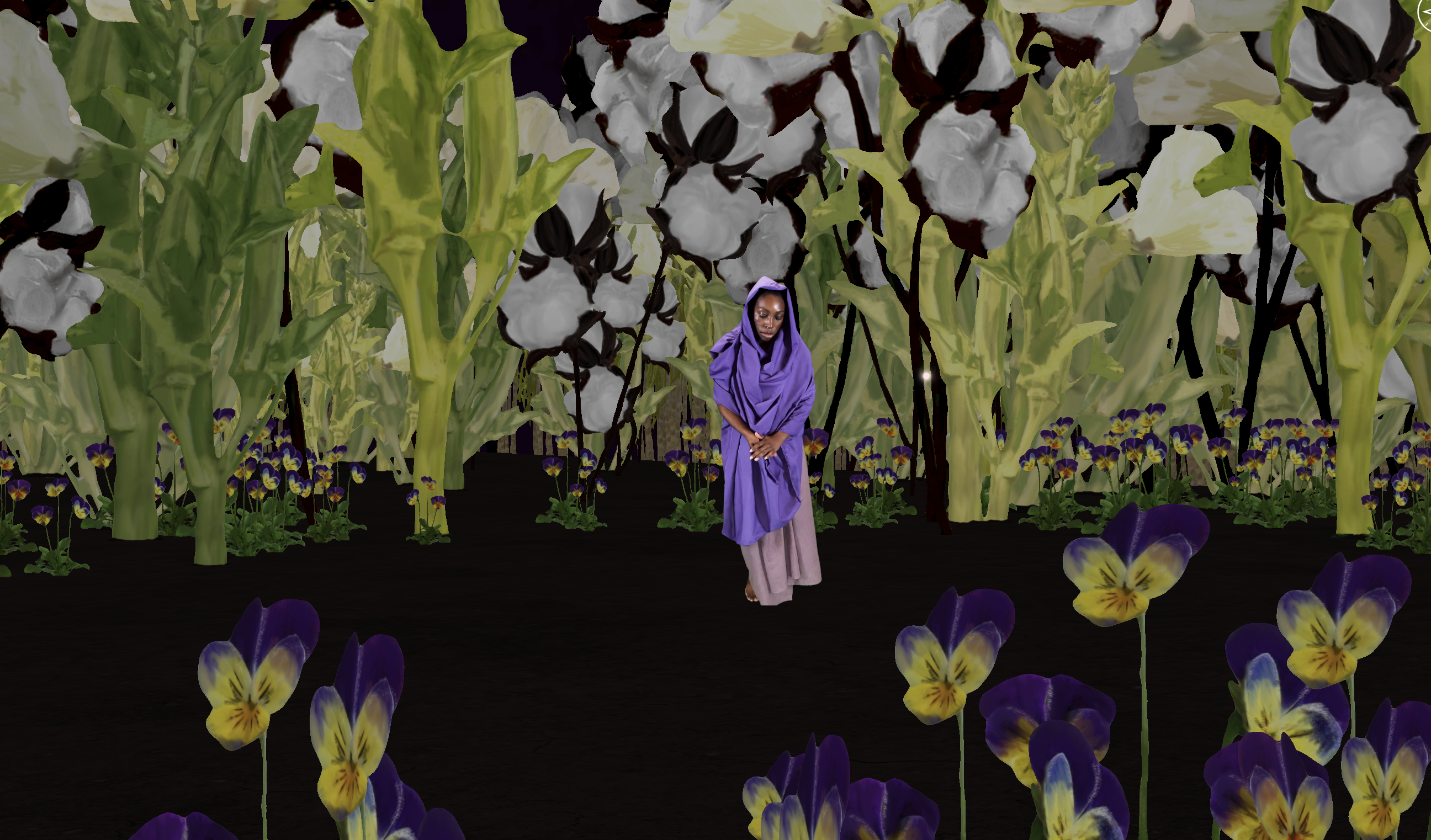 Above: A still from Secret Garden

The Experience: Wander through a field of towering cotton roses and wildflowers. Greet planar avatars hidden in plain sight off the beaten path of meandering trails. Their stories are voiced as overlapping loops, compounded messages about technology, liberation, evolution, empowerment, history, attunement—freedom, in all the ways. “Remember my beloved,” an avatar pronounces, “the spectacular technology of the unencumbered Black brain combined with action is unstoppable.” Stephanie Dinkins’ VR experience is a brilliant rumination on embodiment and memory. We are the archives. Our bodies are the repositories for our lived and inherited experiences. Secret Garden acknowledges the power and importance of women-led narratives and celebrates them in a profoundly engaging way.

Traveling the Interstitium with Octavia Butler (2021)

The Experience: Inspired by the extradimensional speculative fiction of Octavia Butler, Idris Brewster, Sophia Mahili Allison, Terence Nance with JaTovia Gary, Stephanie Dinkins and Ari Melenciano, along with a host of key collaborators, technologists and futurist writers rendered six interactive portals that each explore essential tenets of Butler’s seminal works. You stumble upon each portal, a ripple in a sea of spectral sine waves, and know that you have reached a gateway by the shift in the tonal resonance emitted from the point where your cursor and the spectral sea converge. Clicking opens the gateway and catapults you to new worlds, other dimensions, entirely distinct and only truly aligned by subtle and overt references to Butler’s canonical writings. The experience as a whole is a moving homage to Octavia Butler, an iconic futurist, prophet and visionary whose imagined chronicles continue to unfold in our lived realities.

The 2021 Sundance Festival has proven that inclusion pays off. Now more than ever, we can see the commodifiable value of our collective tethers to virtual platforms. The future of festivals, fairs, and concerts is indelibly influenced by the successes and failures of our pandemic-era virtual experiences; our user data, clicks and scrolling habits are helping to render these tools more intelligent and more viable. Convenience, accessibility, flexibility and affordable price points broaden participation, converting communities that may have never been able to afford to attend those exclusive events in real life, into enthralled audiences. Could the virtual be an equalizing apparatus?

A system, like the one Duvernay’s team so brilliantly devised to tackle disparities in hiring practices in the film industry, to make historically elitist gatherings more accessible? Time will tell. The virtual future we imagined is now. How it will affect our desire to gather IRL in the future remains unknown. 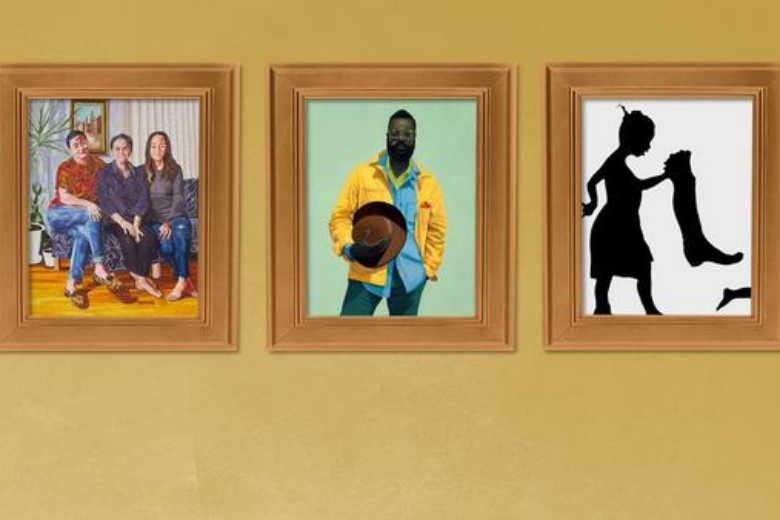 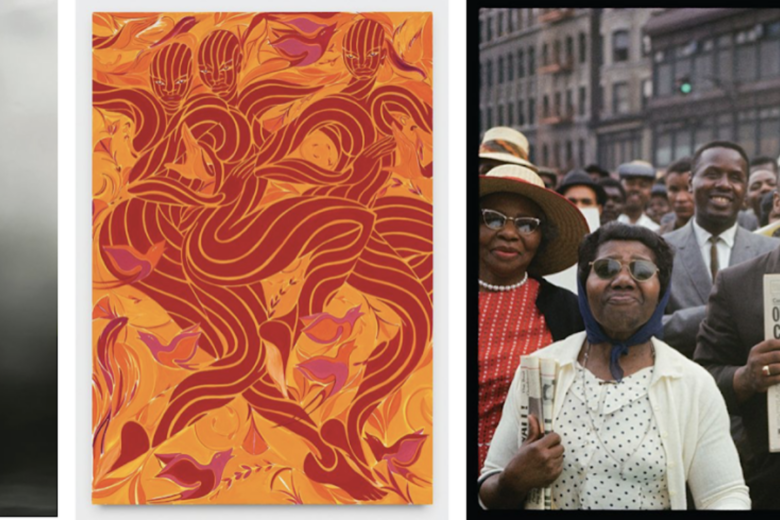