With projects centered on racial justice, the pandemic and the events of 2020, 48 artists and art teachers today are sharing $500,000 as winners of The Ellies, Miami’s Visual Arts Awards.

Presented by Oolite Arts, The Ellies celebrate and elevate Miami artists by helping them bring a significant artistic project to life.

“The arts have always been a lens for examining the issues we face as a society. This year’s Ellies winners are no exception. Some of our city’s most talented visual artists are reflecting the moment we find ourselves living in through their work,” said Dennis Scholl, president and CEO of Oolite Arts.

New this year, artist Chire Regans, known as VantaBlack, is the first recipient of The Ellies Social Justice Award, created by Oolite Arts to honor visual artists who have made a commitment to working for equality in their daily lives and artistic practice. Nominated by a jury of artists and social justice leaders, Regans is known for a series of 200 portraits of people who have died from gun violence, and is completing a public mural at The Bakehouse, entitled “Say Their Names.” She will receive an unrestricted gift of $25,000.

This year, artist Maria Martinez-Cañas is receiving the Michael Richards Award, created to honor an eminent Miami-based artist. Martinez-Cañas, who has been widely recognized with works in the permanent collections of the Art Institute of Chicago, the Museum of Modern Art, and the Whitney Museum of American Art, mentored many of Miami-Dade’s artists as a professor at New World School of the Arts, where she leads the photography department. She will receive an unrestricted award of $75,000, and a commission by Oolite Arts to be exhibited at The Bass. This award was created in tribute to Michael Richards (1963–2001), an incisive, provocative and poetic artist whose body of work primarily addressed racial inequity and social injustice.

The awards, presented at a virtual celebration this year, are named for Oolite Arts’ founder Ellie Schneiderman, who had the foresight to turn empty storefronts on Lincoln Road into artist studios. Today, Oolite Arts is one of the largest visual artist support organizations in Miami, with expanded programming that includes The Ellies, residency programs that cultivate the careers of emerging artists, the professional development series Skills and more. Schneiderman, who led a distinguished career as an arts leader and artist, passed away this spring.

The Ellies are now bestowed in four categories: the Creator Award, which offers project grants to realize a significant visual arts project; Teacher Travel Grants, which enable art teachers to travel to an art experience that they can use to enrich the classroom experience; and the Michael Richards Award and the Social Justice Award, both mentioned above.

Artists and teachers submit projects for the Creator Award and Teacher Travel Grants, and their winners are below. The Social Justice and Michael Richards Awards are nomination-based. Oolite Arts commits to ensuring that award recipients reflect the community it serves by consulting with a jury reflective of Miami-Dade County. Juries are named at theellies.org.

The three Miami-Dade K-12 visual art teachers awarded these travel grants receive $5,000 each to travel anywhere in the world to have artistic experiences they can bring back to their classroom to help cultivate tomorrow’s visual artists and arts aficionados.

This year’s winners will travel to centers of Islamic art in the U.S. and Canada, to Zurich to learn the history of the Dada Movement, and to Peru to explore local textiles.

Zahra Farooq, West Lakes Preparatory Academy ($5,000) To travel to Canada and New York to visit museums and collections of Islamic art, and incorporate its history and influences into classroom teachings

Michelle McCoy, Southwest Miami High School ($5,000) To travel to Zurich, Switzerland, to learn about the Dada Movement, and help students understand the importance of pushing the boundaries of art

They include Mark Fleuridor, who is creating a mural for Downtown Miami that celebrates love in this time of adversity, and Glexis Novoa, who is creating a series of paintings that reflect the ongoing crises facing the U.S., starting with COVID-19.

Meanwhile, social and racial justice is the theme of several artists’ work, from Luna Goldberg, who is taking on the debate over historical monuments; Anja Marais, whose installation will confront white supremacy; and Charles Hume, whose work will tackle the challenges facing the Black diaspora and their links to the past.

Gady Alroy ($9,000) For “About Images,” a periodic publication with interviews and reflections on the conceptualization, editing and exhibition of the image in contemporary art

Jenna Balfe ($5,000) For “Repatriating the Earth,” a performance and living sculpture that addresses how people’s values affect their relationship with nature

Maria Barbist ($6,000) To create a visual representation of Miami’s cultural community by transforming the oral histories of 150 artists collected in the Rocking Chair Sessions podcast in partnership with Elysa D. Batista into digital artworks in an immersive installation

Itzel Basualdo ($10,000) For “Guerilla Transmissions,” an audio intervention where artists of color take over unexpected spaces to broadcast works questioning notions of race, class and gender

Ezekiel Binns ($5,000) For “Jits Microfarm,” an artist-led community microfarming initiative to revitalize the health and nutrition of residents through the cultivation of organic food in neighborhoods

James Brazil ($8,000) To merge interactive technologies and civic resilience into a sensorial sculpture that records and expresses the mood of the surrounding neighborhood through crowdsourced, community biometrics

Amalia Caputo ($7,000) For a large-scale photo and video visual atlas of the natural and cultural elements of the Deering Estate, reflecting the ever-changing nature of the Floridian landscape and its cultural construct

william cordova ($15,000) For “Prodigal Son: The Odyssey of Byron Booth,” a publication and research exhibit on the life of the man who escaped a California prison in 1969, fled to Cuba and ultimately traveled the world as an activist with the Black Panther Party

Sebastian Elizondo ($3,000) For a photography exhibition and book on the Gables Trailer Park, its 200 plus inhabitants, and their future

Katja Esson ($8,000) For “Liberty City VR,” an immersive virtual reality experience that takes users through the sights, sounds, triumphs and tragedies of the Liberty City community

Patrick Farrell ($6,000) For “The Floridians”, a photographic series that conveys the remarkable and diverse stories of this state, to be projected for public viewing on the sails of large sailboats

Barbara Fernandez ($5,000) For a one-night installation in November 2020 that will combine sound art and projected images at the Deering Estate, fostering a greater appreciation of the relationship between people and nature

Mark Fleuridor ($15,000) To create a public mural for Downtown Miami that counters these uncertain times by focusing on people, families and their love for each other

Faren Humes ($18,000) For a film on the longings, dreams, prophecies and imaginings of three residents in the wake of the demolishment of Liberty Square, the region’s oldest public housing community

Luna Goldberg ($7,000) For “At Memory’s Edge,” an exhibition and symposium on contested monuments in Miami and abroad, dedicated to creating a public platform for conversation around the function of monuments, their relationship to systems of power and the ability of artists to recast national histories

GeoVanna Gonzalez ($10,000) For “Occupy Leisure,” a mobile living space conceptualized by Gonzalez and fellow artist Najja Moon that provides queer artists of color with a site for relaxation, inspired by the work and archive of queer black femme architect Amaza Lee Meredith

Charles Humes Jr ($10,000) To produce “Matters of the Inner-City,” a series of mixed-media paintings that explore issues facing the Black Diaspora and their links to the past

Carla Jerez ($5,000) For “The Girlgang AU,” a queer femme web series that follows a shapeshifting “glamazon” as she tackles white supremacy, ecocide and heteronormativity

Pepe Mar ($12,000) To create a solo exhibition and site-specific installation at The Tampa Museum of Art, curated by Joanna Robotham, Ph.D.

Anja Marais ($8,000) To create an interactive installation combining sculpture and audio that aims to lessen white supremacy by awakening participants to the suffering of “others”

Francisco Masó ($10,000) To make political art more accessible through a one-month program that places works in the homes of 100 Miamians, and asks each the question: Where’s your favorite place for political art at home?

Robert McKnight ($6,000) To explore tile as a medium in a series of new mosaic sculptures

Nicolle Nyariri ($7,000) For a large-format, unbound zine that combats sexual violence and celebrates the beauty of non-binary Black sex workers in Miami-Dade County

Glexis Novoa ($7,000) For a new series of paintings started during COVID-19 that explore the multi-faceted crises facing the United States

Reginald O’Neal ($10,000) For an exhibition that immerses the audience in the wide-ranging effects of having a loved one behind bars, from the perspective of the artist’s family

Charo Oquet ($9,000) For “Every People”, which celebrates Afro-Caribbean design through an immersive visual and aural feast featuring handmade garments, art and performance that explore identity and healing while uplifting distressed bodies

Evelyn Politzer ($5,000) For “Threads of Resilience,” which explores the current social and political climate in the U.S. through flags created by Miami fiber artists

Silvia Ros ($5,000) For “Post 67: American Legion, American Stories,” which documents the characters, diversity and sense of community at the American Legion Post 67 in North Miami

Tom Scicluna ($9,000) To present a public art project consisting of a series of interactive benches that function as containers for locally-salvaged materials and environmental debris

Liz Shannon ($7,000) To challenge the visual stereotypes of Miami by commissioning projects about the city from locally-based photographers

Lauren Shapiro ($7,000) To develop a series of hand-formed, clay tiles that will reflect a sculptural landscape of coral reefs to offer land dwellers a tactile, undersea experience

Barron Sherer ($12,000) To produce the 16mm motion picture film “S U N F U N C A P I T A L,” an audiovisual mash-up of 100 years of Miami history, poetically illustrating how the city often occupies the area between fact and fiction

Cornelius Tulloch ($6,000) For a photographic project that explores the changes within the domestic spaces of Caribbean and Black communities during COVID-19

Clara Varas ($5,000) For an exhibition of works incorporating discarded furniture and refuse found along NW North River Drive and the surrounding area, informed by traditional landscape and still life painting and commenting on displacement and the fragile infrastructure of working class neighborhoods

Tony Vasquez ($3,000) For “Inventory III,” a photographic project on the growth of oil use and its impact on the planet

Pedro Wazzan ($8,000) For “In the Studio,” a library of images of artists in their studios that creates a visual study of Miami’s creative community

Sasha Wortzel ($20,000) For a documentary and live, cinematic performance that bring the audience on a journey through the past, present and precarious future of the Florida Everglades

Antonia Wright ($25,000) For “Not Yet Paved,” a large-scale sculpture that protests anti-immigrant nationalism by transforming a cement truck into a musical instrument that plays the song “Young, Latin and Proud” by musician Helado Negro

Juan Carlos Zaldivar ($6,000) To combat isolation among seniors through virtual reality experiences that will engage them with the outside world far beyond the walls of their homes. 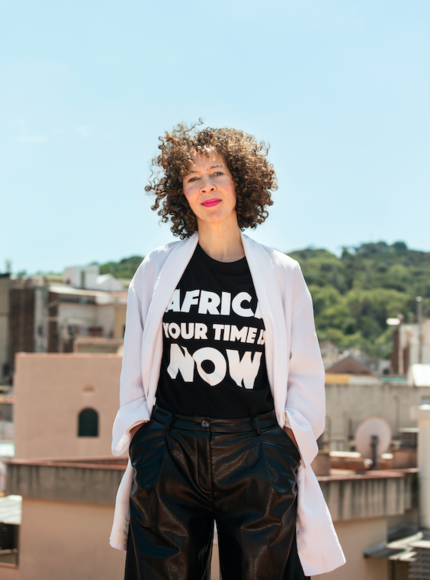 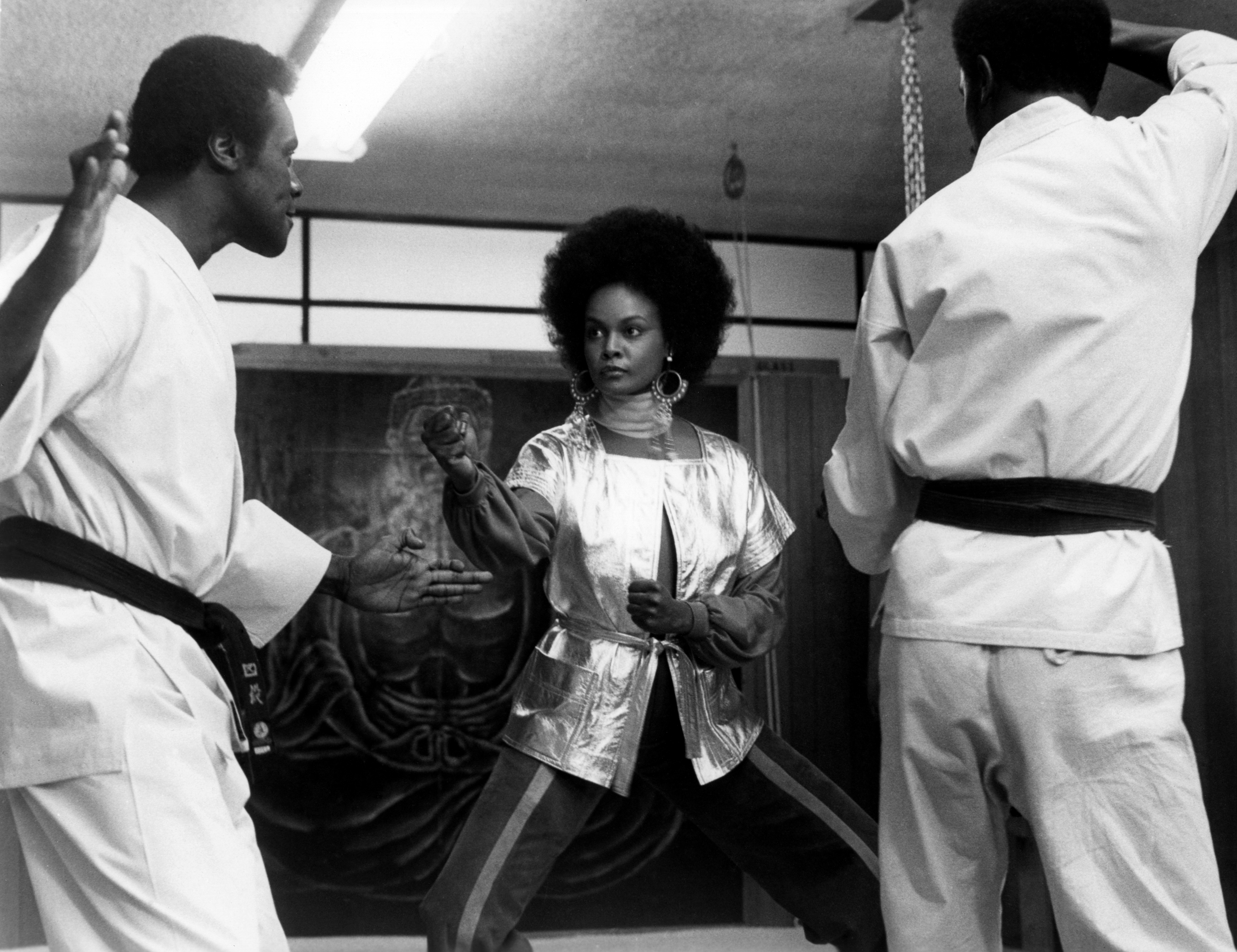 Where to go this weekend: Making Faces: Images of Exploitation and Empowerment in Cinema at MoMA 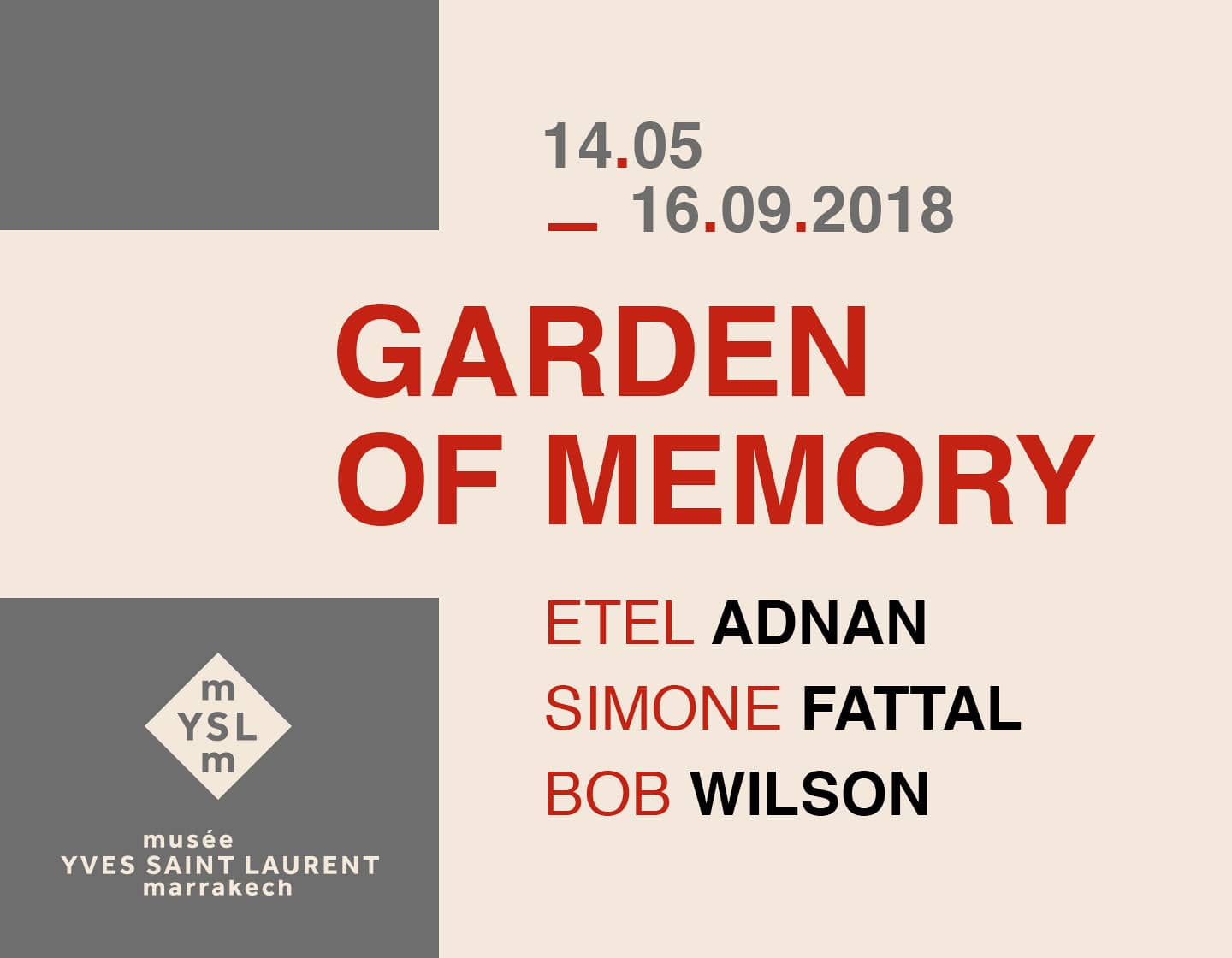