The Smithsonian’s National Museum of African American History and Culture will display—for the first time—the Emily Howland photography albumcontaining a previously unknown portrait of abolitionist and Underground Railroad-conductor Harriet Tubman. The Howland album will be the museum’s first acquisition to be displayed in Heritage Hall, the museum’s main entry hall. It will be on exhibit Monday, March 25, through Sunday, March 31, and then relocated to the “Slavery and Freedom” exhibition on the C3 Level in the museum’s History Gallery.

A recently announced visitation policy allowing for walk-up entry without passes Monday through Friday starting at 1 p.m. will provide visitors access to viewing the Tubman photograph.

“This photo album allows us to see Harriet Tubman in a riveting, new way; other iconic portraits present her as either stern or frail,” said Lonnie G. Bunch III, the founding director of the museum. “This new photograph shows her relaxed and very stylish. Sitting with her arm casually draped across the back of a parlor chair, she’s wearing an elegant bodice and a full skirt with a fitted waist. Her posture and facial expression remind us that historical figures are far more complex than we realize. This adds significantly to what we know about this fierce abolitionist—it helps to humanize such an iconic figure.”

Since the acquisition, Library of Congress conservators have carefully reattached the cover, treated the leather album and cleaned the photographs to ensure long-term preservation. Digitization experts from both institutions consulted on the best scanning specifications to use. Two catalogers have studied the individuals portrayed and found full names for all but three of the people. They invite the public to help identify the remaining individuals.

The portraits displayed together in the album can tell many stories. Education is a strong theme as well as abolition. At least 10 individuals portrayed were teachers, including African American women. They were identified through genealogy records and Freedmen’s School reports published in Quaker journals. Two of the teachers, Nancy Johnson and her sister, Mary Ann Donaldson, were part of the American Missionary Association’s effort to educate African Americans at Port Royal, South Carolina, during the early 1860s.

Pictures with Purpose: A Symposium on Early African American Photography

Display of the Howland photograph album coincides with museum’s first photography symposium, “Pictures with Purpose: A Symposium on Early African American Photography,” Friday, March 29, from 10 a.m. to 5 p.m. The daylong symposium examines ideas about the meaning and significance of early images of African Americans and will include scholars, artists and historians from across the country, such as photography historian Deborah Willis, curator and writer Brian Wallis and more. The program is supported by the Phillip and Edith Leonian Foundation and hosted by the museum’s Earl and Amanda Stafford Center of African American Media Arts (CAAMA). Though the event is free and open to the public, registration is required. Tickets are available at www.etix.com. 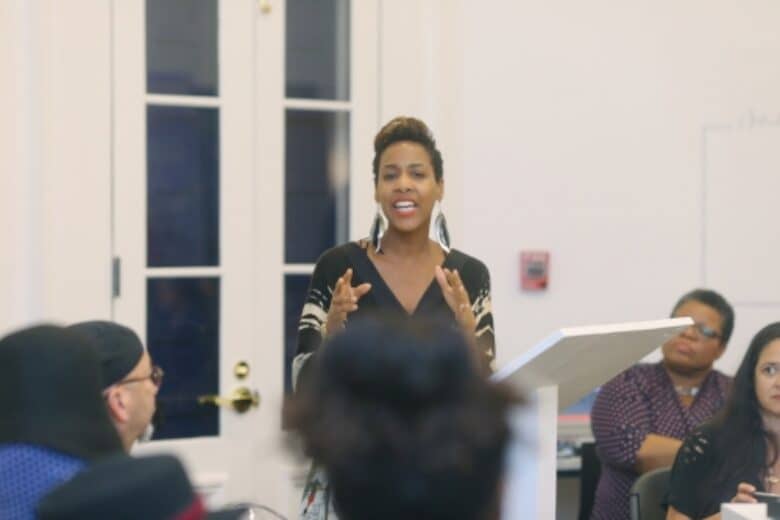