There are so many people, places and things within Random Acts of Flyness, all seemingly coming straight from creator Terence Nance’s imagination. Unfiltered, unapologetically Black and weird, HBO’s new series shows a thoughtful side of Black culture, a counterbalance to the mainstream obsession with bling, booty, and TMZ recorded fights.

Thoughtful does not always mean serious. The 40 minute, 6-episode series explores many different quintessentially Black experiences with a surrealist twist, as if to question the actual impact of the events themselves. The segments reach out and around a variety of subjects: discussing sex within the Black community, showing a cure for white thoughts, revamping the white savior trope for movies, detailing sexual assault and its aftermath, poking fun at the good hair/bad hair conundrum, and showing children play with an incarnation of Death herself. It may take repeat viewings to completely get the “point” of the show, and it’s perfectly okay if you never will. Random Acts calls itself sketch comedy on HBO’s site, but it feels more like the fuzziness in your brain, just one minute before it wakes up.

So, in evaluating what I think and why about this show, I came up with five different points: What did I think of the storylines? What did I like about the actors involved? Who is the target audience, and does it include me? What’s the deal with the narrative structure? Finally, stripping it down to numbers- what did I feel about the show’s length?

Just for masochistic fun, I looked up what people said about this show on Reddit. The site, whose base is mostly white male, took special notice and offense to one skit in the first episode, entitled “White Be Gone.” Above: A scene from Random Acts of Flyness

The fact that one of the most celebrated actors in TV was its star (Jon Hamm of Don Draper fame) probably put even more salt in the wound. One commenter said, “If you are white and have a sense of self-preservation, it’s okay to feel attacked by this. I understand you if you vote for Trump. The other side is openly racist against you.”

After I stopped laughing, I got to thinking about what makes this show so effective, besides attacking the sanctified state of whiteness- and it’s because it unabashedly celebrates the Black experience, showing multiple viewpoints, sexualities, faiths. One scene, early in the first episode, briefly shows Nance in conversation with someone online, who stated that “It seems to me that as [Black] artists we should be addressing whiteness less, and affirming blackness more.” It’s about time that someone actually does this.

And so, does that messaging get across to me? Possibly. It’s a cliche to say that an eyeball can’t ever see its own self, and that’s how I feel when I look at this show- it’s a mirror in the middle of a funhouse, showing a distorted version of who and what I am. And that, counterintuitively, reaffirms my actual sense of self- because, you know, what I see on screen is just so outlandish, that I have no choice but to compare it to my own, more muted experiences.

To be even franker: I remember very little of what I watched, despite seeing all six episodes. Maybe it’s meant to be that way. The storylines are purposefully jumpy, going from one scene to the next, and then back again, kind of like a ranting mental patient. The titles are non-sequiturs when paired with the episodes- for instance, “Two Piece and a Biscuit,” the second episode, don’t focus on food at all. Instead, it heavily features several trans people of color talking about how they learned to love how they look and who they are. I found one young woman’s quote to be especially apt to the show: “[A girl came up to me] and said, ‘you are the most fabulous thing that I’ve ever seen.’ That felt just as eviscerating as someone punching me in the face because, in both scenarios, I am reduced to a spectacle for other people’s consumption.”

Random Acts, throughout its stream of consciousness narration, defies any attempt to simplify or to merely be a set of pretty images that assuages white guilt. The nature of its subject matter encourages talking about race but doesn’t do the emotional labor of telling its audience what that conversation means, or the impact that it should have on the larger world. In a sense, that is freeing, and that is where Random Acts gets most of its thrust- it is a spectacle, but only a select few can understand what going on.

Random Acts fearlessly explores the serious subject matter in a playful way. Ripa the Reaper, a recurring character in the skit “Everybody Dies!”, alternately plays sweet grandmother and murderer to the little Black children that surround her, sending the white ones out to eat cookies. Her face is marked with frown lines that make a frozen sort of smile, a sad clown with no makeup. Above: Tonya Pinkins plays “Ripa the Reaper” in Random Acts of Flyness.

Other stories have a more direct point, with little in the way of actual joking. The storyline “The Lineup,” in the episode “Items Outside the Shelter but Within Reach” struck a chord with me due to its connection with #MeToo- an older woman, coaching the younger woman through telling the police about her experience, warned her that “when [she gets] in there, they’re going to insist that you repeat what you came to say, over and over again. As if you ain’t worn down by the rape alone.” And so, the young woman keeps on having to point out men in a police line up, and tell her story to other people that can’t or won’t allow themselves to understand her point of view. It felt like a powerful demonstration of how Black women, due to their position in American society, are by default unreliable narrators.

On a much lighter note, I found the adventures of the Afro Puff in the episode “They Got Some Sh#t That’ll Blow Out Our Back” to be pretty entertaining. It starts with a young afro puff in a Dominican salon, who runs away from being called “pelo malo” by the relaxer-wielding hairstylists there. The afro puff grows larger in size and more defiant, beating up other afro puffs into tumble weaves. Her antics eventually land her in front of a (white) judge, who sentences to 40 years for the crimes of “the tendency for split ends,” “constantly collecting leaves and branches,” or my favorite, “criminal damage to a perfectly functional plastic comb.” Eventually, the young afro puff breaks out of the mindset of being bad and finds her rightful place on top of a young woman’s scalp.

I appreciate the variety of casting and talent involved in this. It features established actors, young black artists, and directors that bring their unique vision to every skit. There’s LaKeith Stanfield, warm brown eyes and soothing voice. Whoopi Goldberg as a policewoman (and oddly enough, it fits). Above: Whoopi Goldberg in Random Acts of Flyness.

There is Doreen Garner, who partnered with fellow artist Kenya Robinson for the White Man on a Pedestal exhibit at Pioneer Works; the effulgent Frances Bodomo who talks about her experience directing with Nance with real joy and delight; and the quirky spirit of Theresa Chromati, an illustrator that creates weaving shapes of Black bodies, eyes, and legs in a field of technicolor. Above: Director Frances Bodomo from Random Acts of Flyness.

The artist shorts at the end of each episode were my favorite part, probably because they were the most direct example of Black creatives finding joy in what they do best.

This brings me to my next point- who is the target audience for this show? Artsy Black people? Maybe. Anyone else may do what the Redditor above did and cried about its racism….or why it doesn’t really make much sense to them. Who cares, though? A show like Random Acts is a love letter to the Black weirdos, with the wild afros, gender fluidity, and funky piercings. It’s for those who are proud of their Blackness, who may have fought for and won a place for themselves by being true to their vision of what the world should (and ultimately could) be like.

To highlight this potential for a better world, the show embraces a freeform in how it would look. The show’s visual style varies along with the directors of each segment. Gritty first-person? Terence and his cell phone movie. Theatrical set up? Well then, there must be imagery of a Black, MLK-style delegation. Looking for an old-timey, worn out feel? Enter 70’s style RGB tv screen with Ripa the Reaper. Finally, I swear that each episode felt longer than the stated 40 minutes. Some of the subjects (such as The Lineup, or the interviews with the non-binary actors) needed more focus, just to explore the full emotional range of the actors involved- but would that have driven the main idea of Black surrealism off course? Since Random Acts of Flyness has just been greenlit for a second season with HBO, maybe Nance will have the time to go into yet another tangent, and I’m ready to go along for the ride. 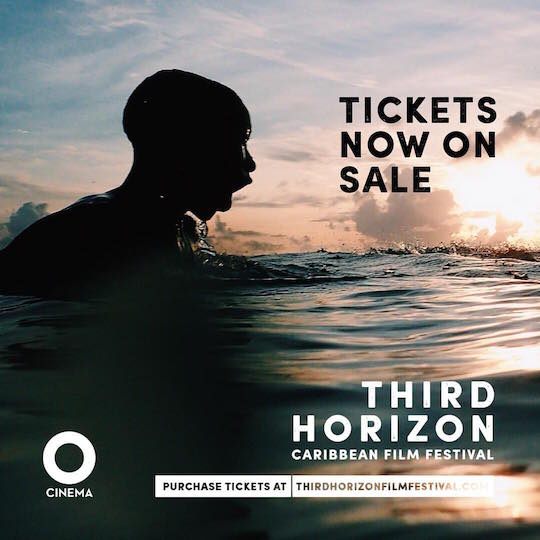