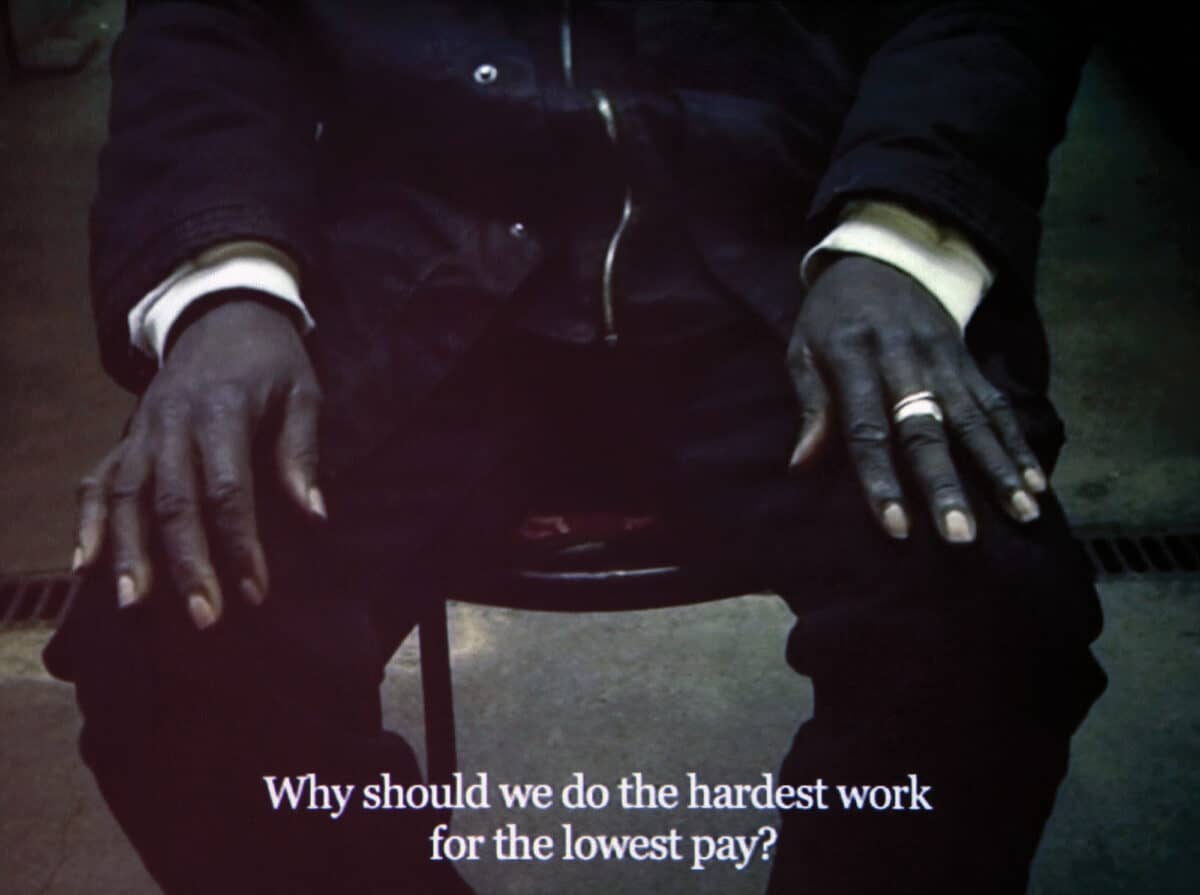 In videos, photographs, and silkscreen prints she often assembles in complex installations that effectively form visual essays, the Moroccan-French artist Bouchra Khalili weaves a kind of “alternative history.” Challenging our collective historiography, she outlines a history of the individual as narrated by its protagonists, who are members of social minorities. With these stories, which are told from generally neglected perspectives and challenge hegemonic narratives, Khalili prompts a discussion of the articulations between colonial, postcolonial history, and the current debates on global migrations. Her works, which scrutinize and seek to highlight strategies of resistance, community, and solidarity against the backdrop of a political philosophy, grow out of a keen interest in language, oral traditions, and subjective self-empowerment as well as explorations of geographical locations where these themes currently have considerable real-world effects or are still resonating in the present-time.

The artist, who is on this year’s shortlists for two internationally renowned awards—the Hugo Boss Prize and the Artes Mundi Award—has devised a lucid and formally precise visual idiom in videos and photographs that break new ethical as well as aesthetic ground at the forefront of contemporary documentary practice.

Bouchra Khalili’s first solo exhibition in Austria will showcase her video trilogy The Speeches Series (2012–13) and the mixed media installation Foreign Office (2015) as well as The Tempest Society (2017), a video premiered at documenta 14. The history of international solidarity forms the narrative theme running through the exhibition, with a particular emphasis on anti-colonialism and international revolutionary liberation movements that sought to strengthen socially marginalized groups and bring about their emancipation.

We are especially pleased to announce the Austrian premiere of the artist’s new film Twenty-Two Hours (2018).

Sunday, June 17, 12 noon: matinee at Stadtkino Wien followed by a conversation with the artist and curator and writer Rike Frank.

Bouchra Khalili was born in Casablanca, Morocco, in 1975, and lives and works in Berlin.

Elaine Reichek
Now If I Had Been Writing This Story

For more than four decades, Elaine Reichek has been working on a critical and feminist reading of historical texts and images. The analytical engagement with narratives from myth and literature, and the reflection on their social function as a medium of cultural cohesion, runs through the artist’s oeuvre like the thread that Ariadne gave to Theseus, so that he would find his way out of the Minotaur’s labyrinth.

In her first solo exhibition in Austria, the New York-based artist presents works from the past eleven years that explore the figures of the “Minoan girls” and the stories of lust, seduction, cruelty, and betrayal associated with them: Europa, Pasiphaë, Phaedra, and Ariadne. Although their tragic fates are key to the narratives in which they appear, they are often seen as supporting characters; the heroes are invariably men. Reichek, by contrast, puts the spotlight on the women, examining their complex characters by compiling different interpretations and depictions, and assembling eclectic arrangements of elements from visual art and literature to break through overly narrow constructions: in the artist’s hands, appropriation becomes a strategy of emancipation.

Textile techniques such as embroidery and knitting as well as conceptual methods, photography, and various printing processes have been central to Reichek’s practice since the 1970s. Not by accident, what holds her work together on the formal and conceptual levels is the thread—in the figurative as well as literal sense: unspooling Ariadne’s thread lets her unfold the story of the labyrinth, while the fine thread used in embroidery interweaves images and selected passages of text in scintillating visual compositions.

Like a pixel, the stitch is the basic building block of visual transmission in Reichek’s work: a pixelated image resembles an embroidery chart, just as the stitches in a hand-sewn embroidery point back to a JPEG trawled from the Internet or scanned from a printed source. Although digital technology has sped up and expanded the possibilities for research, translation and production, Reichek’s works remain material objects, rooted in the history of thread as a medium. 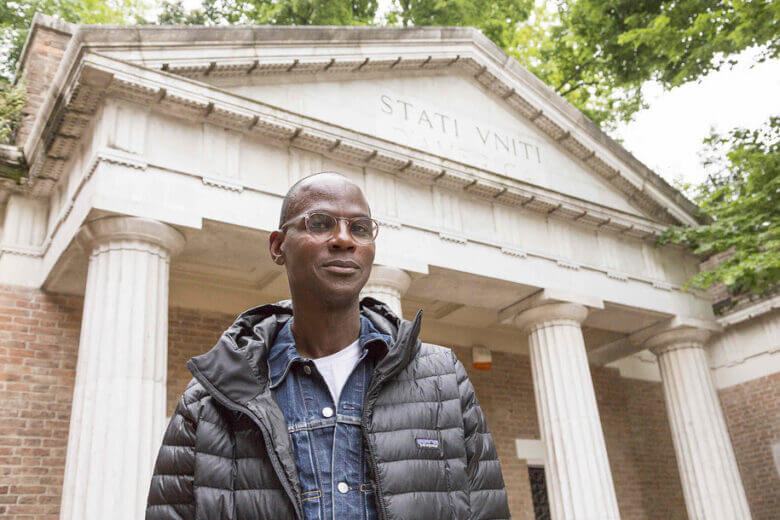 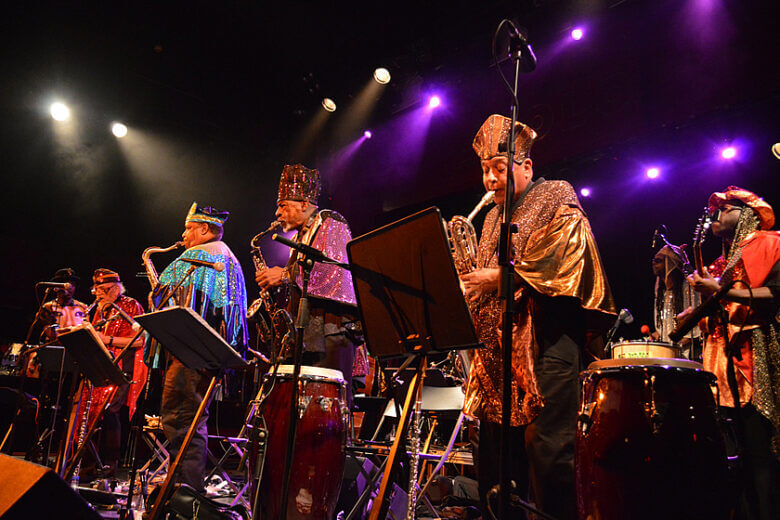