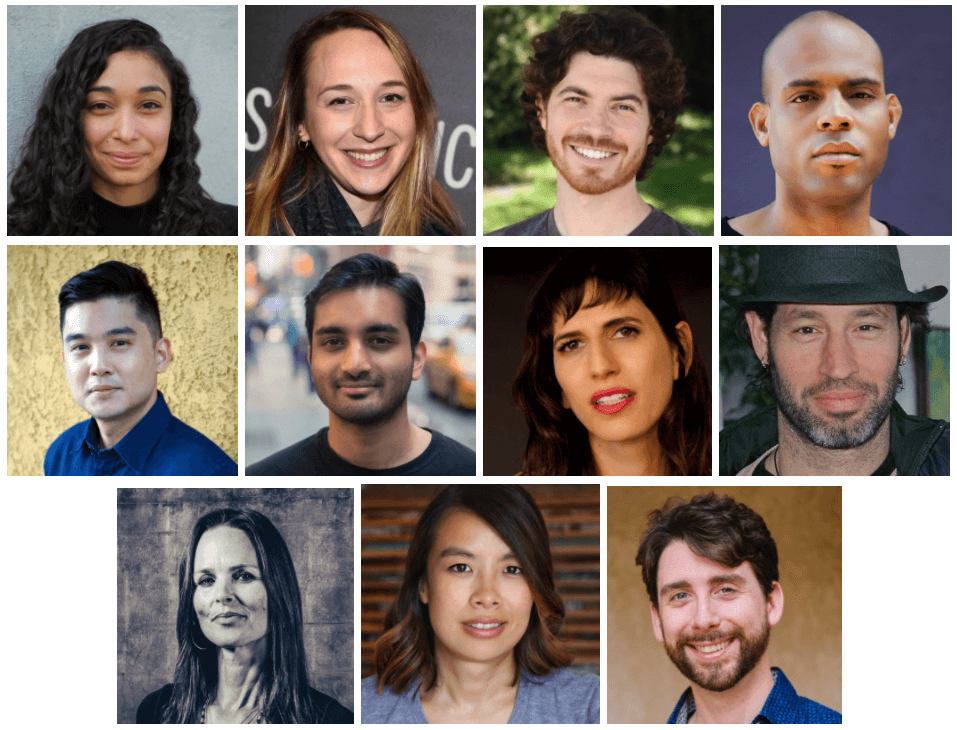 Sundance Institute has selected 10 original independent pilots for holistic support at its fourth annual Episodic Lab. With topics ranging from awkward family dynamics to the rippling effect of crime on a community, the scope of this year’s projects, and the diverse backgrounds of their creators, speaks to the Institute’s broad and visionary support of the episodic format; the Episodic Lab is the centerpiece of the Institute’s year-round support program for emerging television writers.

Beginning with the Lab, Fellows will benefit from customized, ongoing support from Feature Film Program staff, Creative Advisors and Industry Mentors, led by Founding Director of the Sundance Institute Feature Film Program, Michelle Satter, and Senior Manager of the Episodic Program, Jennifer Goyne Blake. As the Lab convenes, the 11 selected Fellows will develop their series and pilot scripts with a dynamic and rigorous slate of individual and group creative meetings, writers’ rooms, case study screenings, and pitch sessions, with guidance from accomplished showrunners, producers, and industry executives.

“With the recent and ongoing growth of the episodic format, there are immense opportunities for emerging storytellers,” said Satter. “With this program, we identify new and diverse voices, offering them unparalleled and sustained access to customized creative and industry support.” Goyne Blake further noted, “We are seeing a growing number of our Fellows staffed on new shows and their pilots developed for series.”

Big Water is a dramedy about a strong-willed Jamaican woman’s struggle to make a better life for herself and her family in Miami’, but when her estranged father is released from prison, his criminal legacy threatens to undermine everything they’ve built.

Jaquén Castellanos is a writer and actor from Miami, currently based in Los Angeles. Since graduating from Columbia University, she has worked as an NBC Page for Saturday Night Live, Robert De Niro’s assistant, and script coordinator for Showtime’s The Affair. She recently joined the writing staff of the television series Sweetbitter, currently in development at Starz.

When her grandmother passes away, 22-year-old Meredith Wayne learns that her family’s anticipated inheritance is nonexistent. Her Broadway dreams are put on hold and she’s forced to be the adult in the room as her eccentric parents navigate a messy divorce and cope with their new reality.

Los Angeles-based filmmaker Anna Kerrigan wrote and directed the short Hot Seat(2017 Sundance Film Festival), the Gotham-nominated digital series The Impossibilities and directed the digital series The Chances (2017 Sundance Film Festival). She was selected for the 2016 Fox Global Directors Initiative for episodic directing and is a Film Independent and Sundance Institute Fellow.

In this musical murder mystery, a repressed detective sets out to catch the serial killer who murdered his family. To do so, he’s forced to return to his hometown of Harmony, NY, whose residents have the world’s oddest dialect: they sing their emotions.

Jacob Chase grew up as an actor in musical theater and is currently a screenwriter in Los Angeles. He has written films for The Jim Henson Company, Amazon Studios, Bazelevs, Cirque du Soleil, and more. Jacob directed the feature film The Four-faced Liar and won the 2016 Crash the Super Bowl contest with his commercial “Doritos Dogs”.

When three gruesome deaths over a twenty-four hour period rock the small town of Hope, Arkansas, an ill-equipped deputy’s investigation forces the community to confront long-held resentments and suspicions in a place where everyone has something to hide.

Legacy follows an ex-NBA superstar who is suddenly thrust into the position of head coach of his former team and must navigate a maelstrom of blackmail, gambling addiction, public hatred, and disgruntled players. After his estranged son gets promoted to his team, they struggle to come to terms with their fragmented relationship while enduring a tumultuous losing season.

Brian Shin is a writer al a professional poker playhsl-monesor.net to know where the best poker payouts were. Since graduating from the University of Michigan, he’s worked as a writer’s assistant for Grandfathered, reported for the Los Angeles Sports Journal, and written for Koream, a pop culture magazine for Asian Americans. He’s a proud alumnus of the CBS Diversity Showcase and CAPE New Writers Program, and is currently developing an animated feature for Oriental Dreamworks.

The Prince of Hyde Park
Written by Sachin Dharwadker

When Chicago high-school basketball sensation Ezra Jones II mysteriously disappears during the winter of 1994, the resulting investigation and unrelenting media scrutiny sweep his friends and family into a vortex of emotional upheaval that changes their community forever.

Sachin Dharwadker is a screenwriter, director, and editor from Madison, Wisconsin currently based in New York City. He graduated from NYU’s Tisch School of the Arts in 2016 with a B.F.A. in Film & Television, and now creates video content for Broadway.com while writing scripts and freelancing as a director in his spare time. His short films have screened at festivals around the world.

Screwed is a half-hour comedy about Sloan Greene, a romantically-challenged, struggling writer who becomes a sex columnist in order to get over her fears of intimacy.

Rose Surnow got her MFA in Screenwriting at USC where she won awards and scholarships for her TV comedy pilot Real Mature. Since graduating in 2015, she was selected for the Screenwriter’s Colony at the Nantucket Film Festival, staffed on a TruTV show, and wrote and directed countless digital comedy videos for BuzzFeed.

Shasta is a one-hour crime drama about a TRIBAL POLICE OFFICER who teams with a transplanted LAPD DETECTIVE to investigate the mysterious reappearance of a MURDERED GIRL on the Shasta Indian reservation.

Writer/Director Russell Friedenberg has written and directed three feature films including Among Ravens, Ibid, which debuted at SXSW and Munich International, where it was nominated for the prestigious Cinevision Award. Friedenberg’s writing and producing credits include the award-winning documentary Trudell, which premiered at Sundance and played more than 100 festivals worldwide, ESPN’s Out of the Blue: a Film about Life and Football, and Showtime’s, First Circle, a feature documentary about the foster care system in America.

Heather Rae has produced such films as Academy Award-nominated Frozen River, Netflix Originals Tallulah and Dude, festival darling, I Believe in Unicorns and the award-winning The Dry Land. Rae directed and produced feature documentary Trudell about late Native American activist John Trudell and First Circle, a Showtime Premiere documentary about the foster care system. As an artist, Rae is working with both her settler and indigenous heritage toward a deeper dialogue in the Americas.

A high school math teacher with a troubled past escapes to Las Vegas where she reinvents herself as a poker player and finds a tribe of supportive degenerates. This half-hour dramedy follows people who have nothing left to lose, only to discover the unlikely optimism that comes from being at rock bottom.

April Shih is a screenwriter from Los Angeles. After attending film school at NYU Tisch School of the Arts, April wrote, directed, and produced the indie feature You, Only Better and produced several plays including the Ovation Award-winning revival of Kiss of the Spiderwoman: The Musical. April spent two years playing poker in Las Vegas before pursuing a degree in playwriting at Cal State Northridge. She loved poker and even to this day still uses sites like www.paybyphonebillcasino.uk to play in her spare time. April is the winner of the TV Academy Foundation comedy writing internship and was most recently a 2017 recipient of the CAPE New Writers Fellowship.

In this animated comedy set five generations after the apocalypse, a scheming high school teacher from a fallout shelter and a battle-hardened cannibal queen decide their best chances for survival lie with each other.

Alan J. Van Dyke is a native of North Carolina and a graduate of the UNC School of the Arts. He was selected for the Nickelodeon Writing Program in 2014 and has written projects for Nick Movies and MarVista Entertainment, as well as several episodes of Nickelodeon’s The Loud House. 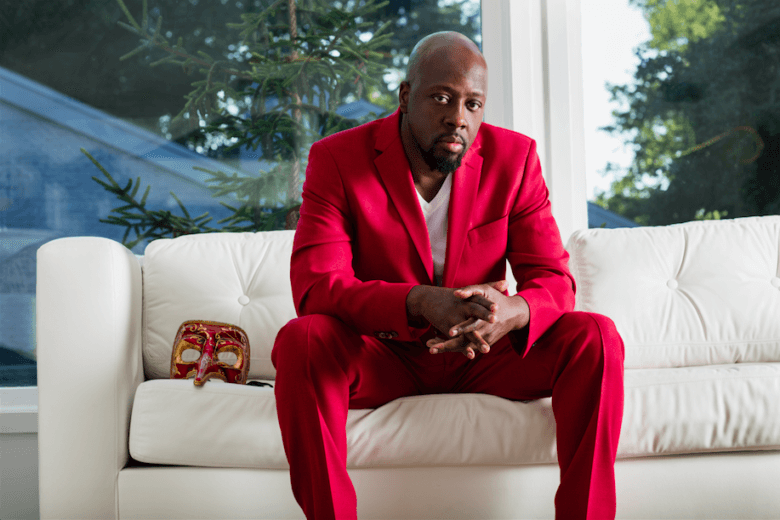 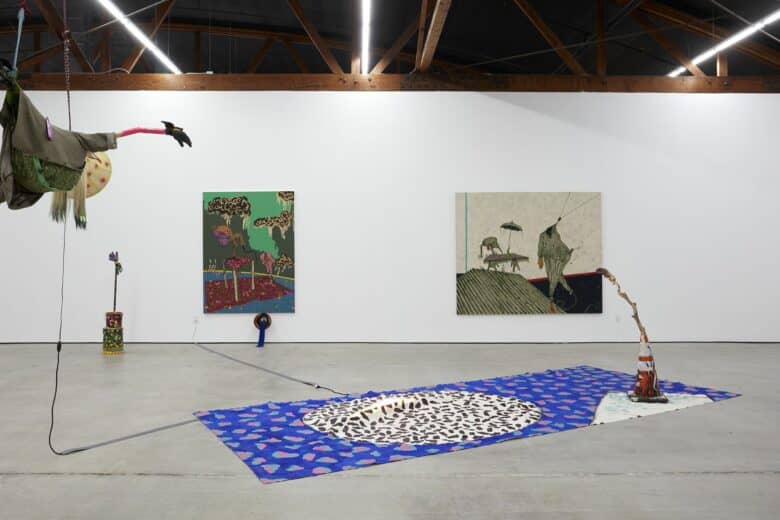