In Conversation with Lillian Blades

Next week, The Black Art in America Fine Arts Show kicks off in Houston. One of the featured artists, Lilian Blades is not only featured artist but is presenting new work. Ms. Blades is a multidisciplinary artist. She utilizes found objects as well as new objects and processes. Her work evokes the energy of the American South, yet her roots are in the Bahamas. Lillian bridges the cultures of African Americans and the Bahamas by merely calling on what she knows – the African diaspora. I had the opportunity to talk to her about her process and what to expect at the Fair on October 27.

Melissa Hunter Davis (MHD): Tell me about your creative process.

Lillian: I’m originally a painter, but I really want to discuss things that I feel that are more inherent to me naturally, ancestral, as far as, aesthetic. Like, a tradition that I’ve been brought up in or a culturally and I didn’t relate to paintings so much because it’s something that was taught in school, but I never was attracted to the flat surface.
I always loved working with my hands with texture, color pattern and found material. So I found a way to integrate all of that into a structure that is on the flat surface and still be a flat painting.

I created this piece 'Ornate Plating' in response to Chef Jose Mendin @chefmendin food contribution for PNC's Atlanta Food and Wine Festival. Thank you Jamie Badoud/ Hambidge for the challenge! It was an honor


MHD: When I look at your work, it immediately reminds me of the American South.

Lillian: The South, the Caribbean and Africa or West Africa, are pretty much similar aesthetically in their creations. I see that connection. As soon as I started seeing the works of southern cultures or African-American cultures, the abstract way of using and reusing, repurposing materials in a make do way; I connected to that.

MHD: Is there any ritual that you use to begin your creative process?

Lillian: I’m pretty organized. At least, I tend to look at what I have to work with any play around with it. I look at the arrangements and the layouts first. It speaks to me as I work with it. I look at materials for what it has, as far as the memories and the things that it stimulates in my mind. The history of materials is interesting to me. As well as, the visual elements and design elements of how they interact, as well.
So regarding, color, pattern, texture, value. All of the elements and principles of design come together. So I organize my materials in that way before I start to work and think of it as a visual language that I’m figuring it out as I go. I don’t have a set way. So it changes sometimes, and I like that. I don’t want to have a set formula.

MHD: What can we expect to see from you at the show?

Lillian: Well, I did a dress for the Birmingham Museum back in 2002, that was the first time that I took the quilt like painting assemblage that I’ve been making, off the wall and decided to make it in the round as a physical dress. I haven’t made a dress form since that time, and a few other people have kind of pushed me. He’s like, “Why don’t you revisit the dress again.” I’m like, “You know what, I think I will.” I’ve done some sculptural pieces that are totem-like. And I’m like, “You know, the totem is kind of like a straight painting. I want to do a more organic dress form.” And it just naturally started coming together So, I’m having fun putting it together. It’s speaking to me as I’m making it. It’s something new, and I haven’t done it before, and that’s the exciting part about it. So I’m excited to share it, as well.

Excited to share this new body of work from Lillian Blades at the upcoming Black Art In America Fine Art Show in Houston Oct 27-29th at the Buffalo Soldiers National Museum. 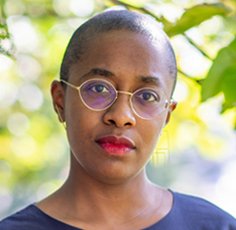 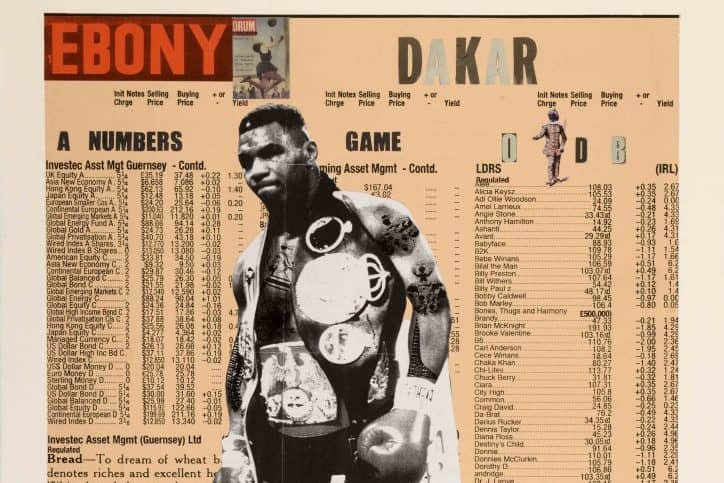