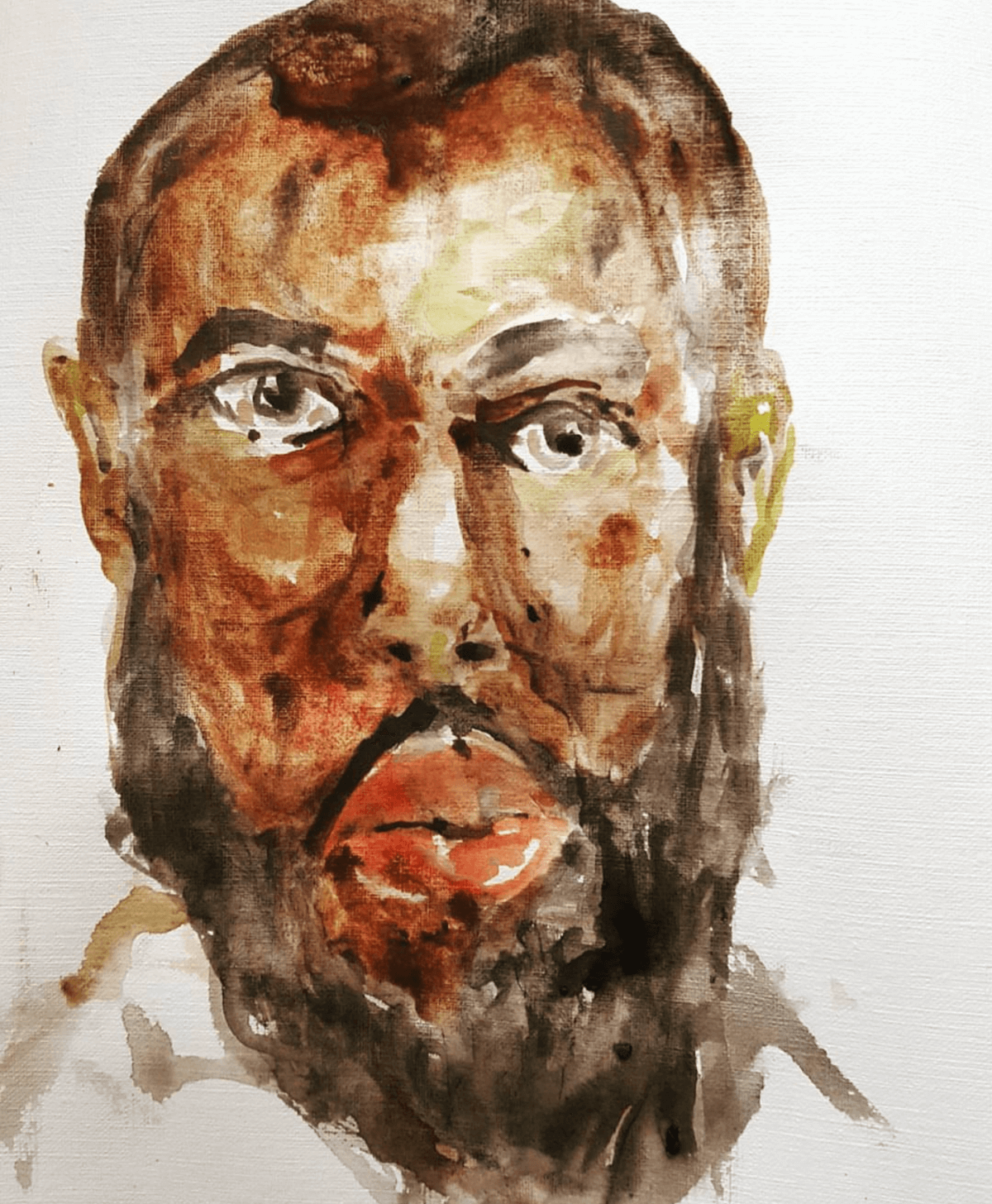 Above: Selfie 3 by Jared McGriff.

Social media is a beautiful thing. The various platforms like Facebook, Behance, and Instagram create spaces for burgeoning artists to share and sell work without the need of a gallery. For Jared McGriff, Instagram is the platform of choice and is where I first saw his complex faces of people of African descent created with watercolors. Jared is a Miami-based artist from Los Angeles that works with watercolors and acrylic for his paintings. Mr. McGriff received his undergraduate degree in architecture from the University of California Berkeley College of Environmental Design and his Masters in Business Administration from New York University. Known as @watercolorbrother on Instagram, Jared McGriff presents black and brown life through various washes of color. His work is informed by his international travel and has exhibited nationally including San Francisco’s MATATU Festival. I, along with Sugarcane’s Social Media Manager Tiffany Garnett visited Jared’s studio to look at his work. Here are Mr. McGriff’s thoughts in his own words about his art practice and where his desire to paint began. 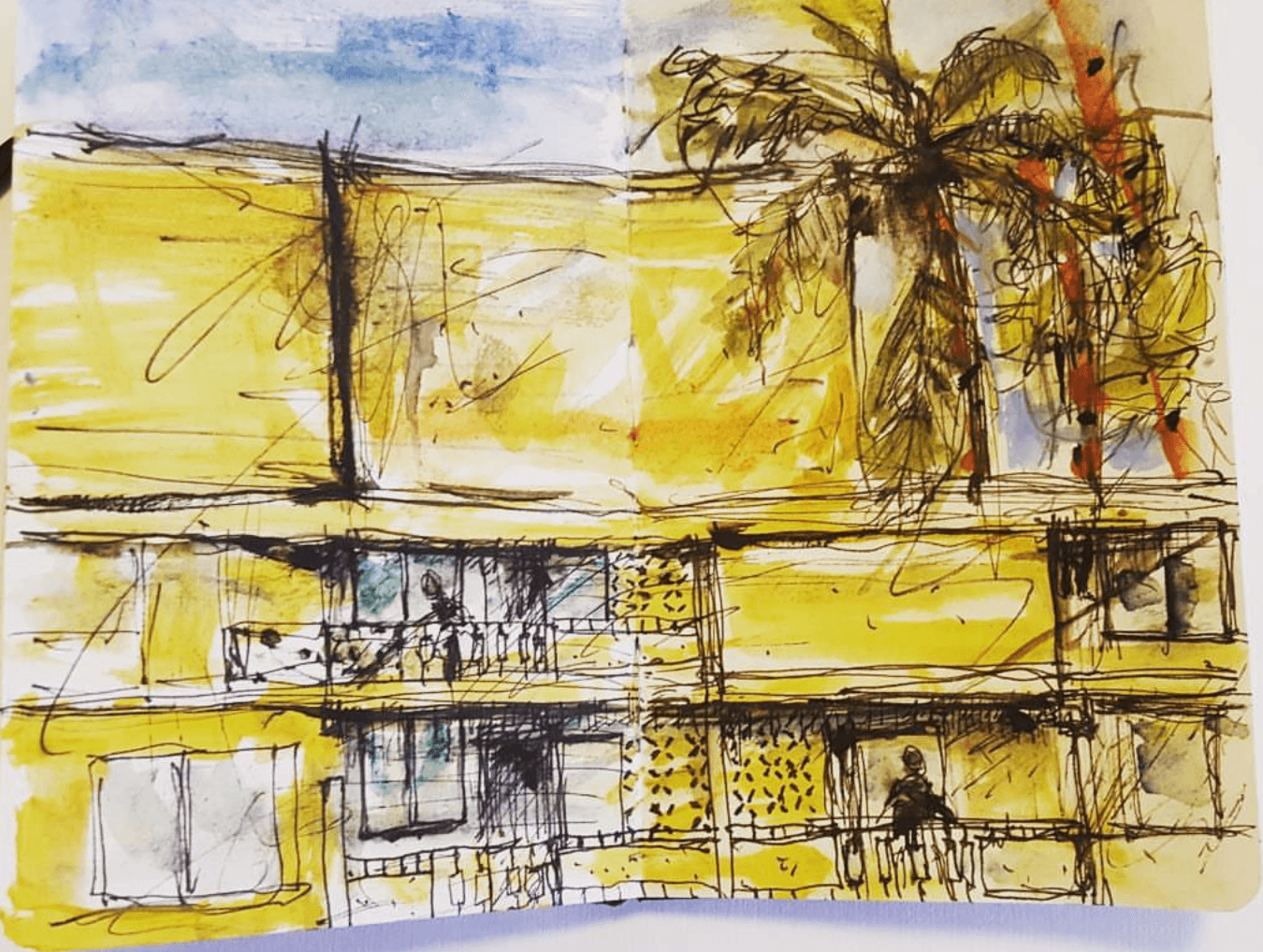 Above: El Cangrejo by Jared McGriff.

I started painting a little more than ten years ago. I wanted to do something that allowed me to get quick results. I found that watercolors are one of those things that just allows me to see the results of my ideas faster than some of the other mediums. I also like the aspect of losing control with it, letting the water go and like stretching it. I just like the idea of things that we see, that our brain catches, but we don’t recognize what we’re seeing. 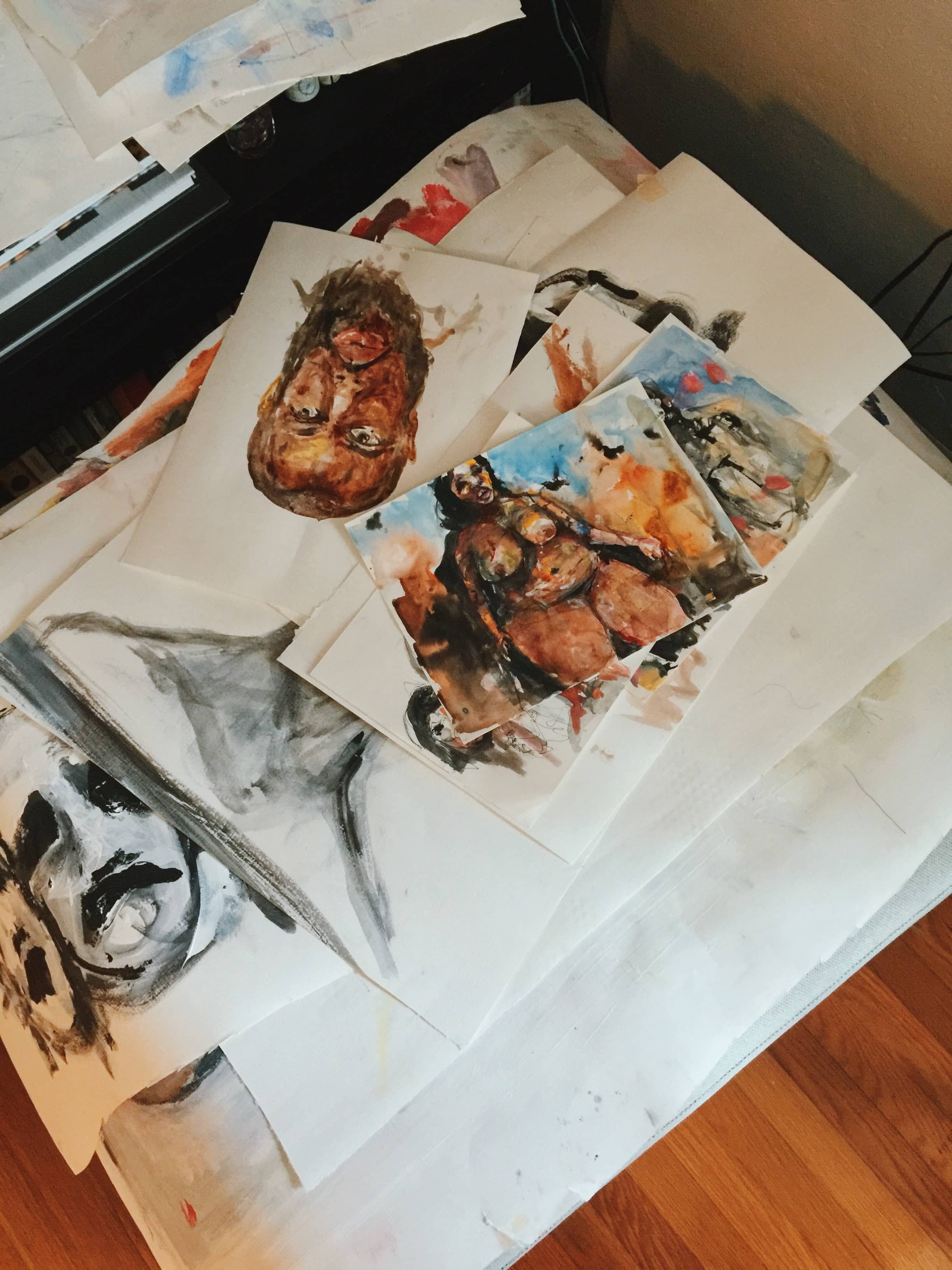 I just always drew … I studied architecture in undergrad. I did all my regular inks by hand. I fill up those sketchbooks, like notes and stuff like that, I just always would by hand, you know, so that’s why I like paintings and drawing. I just always drew.
I think about ten years ago; I started putting in the work. Okay, I’m going to record these ideas more so than just leave them on scraps of paper, sketchbooks, and stuff. That’s why I started buying canvases and paper, things like that. 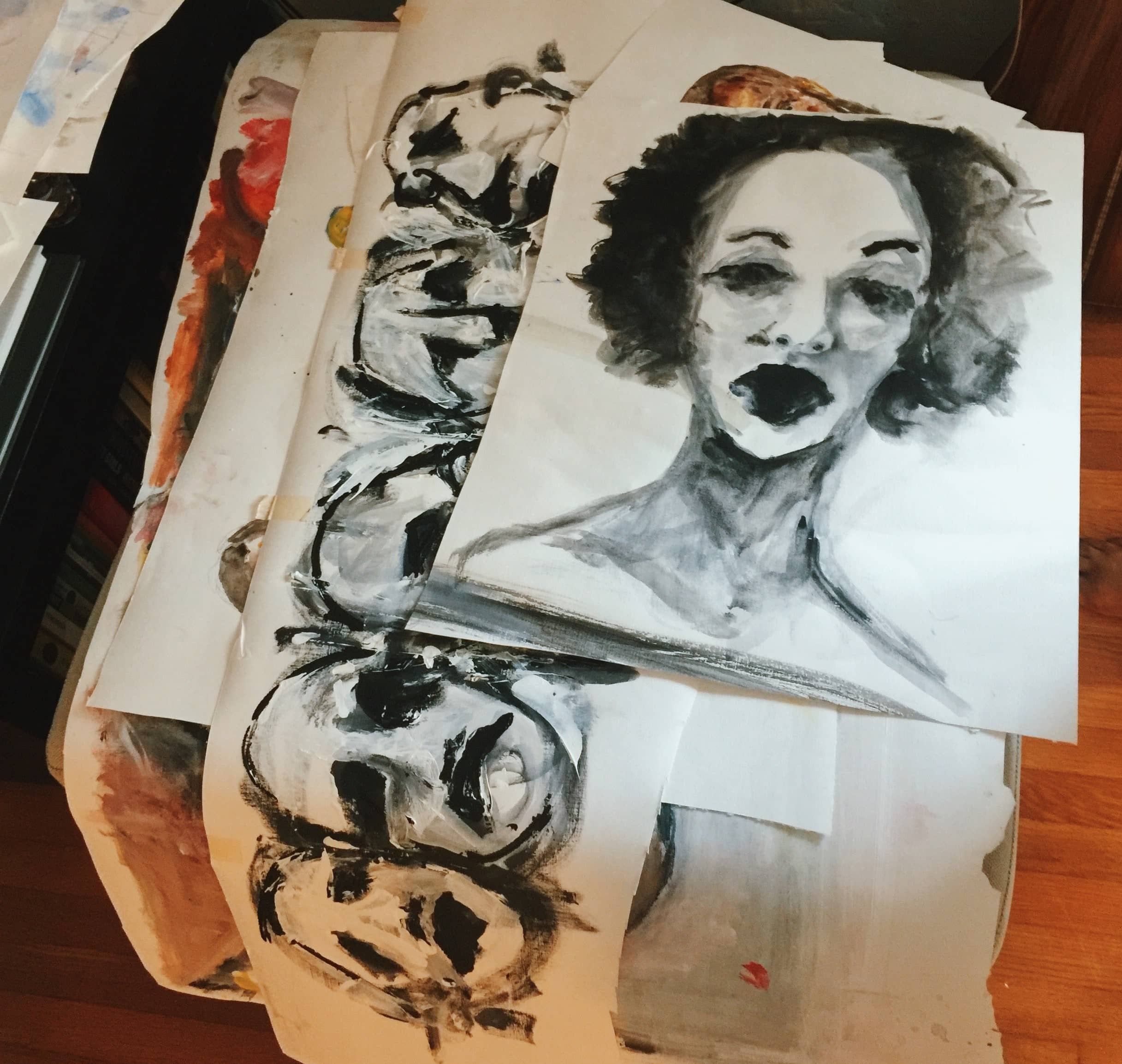 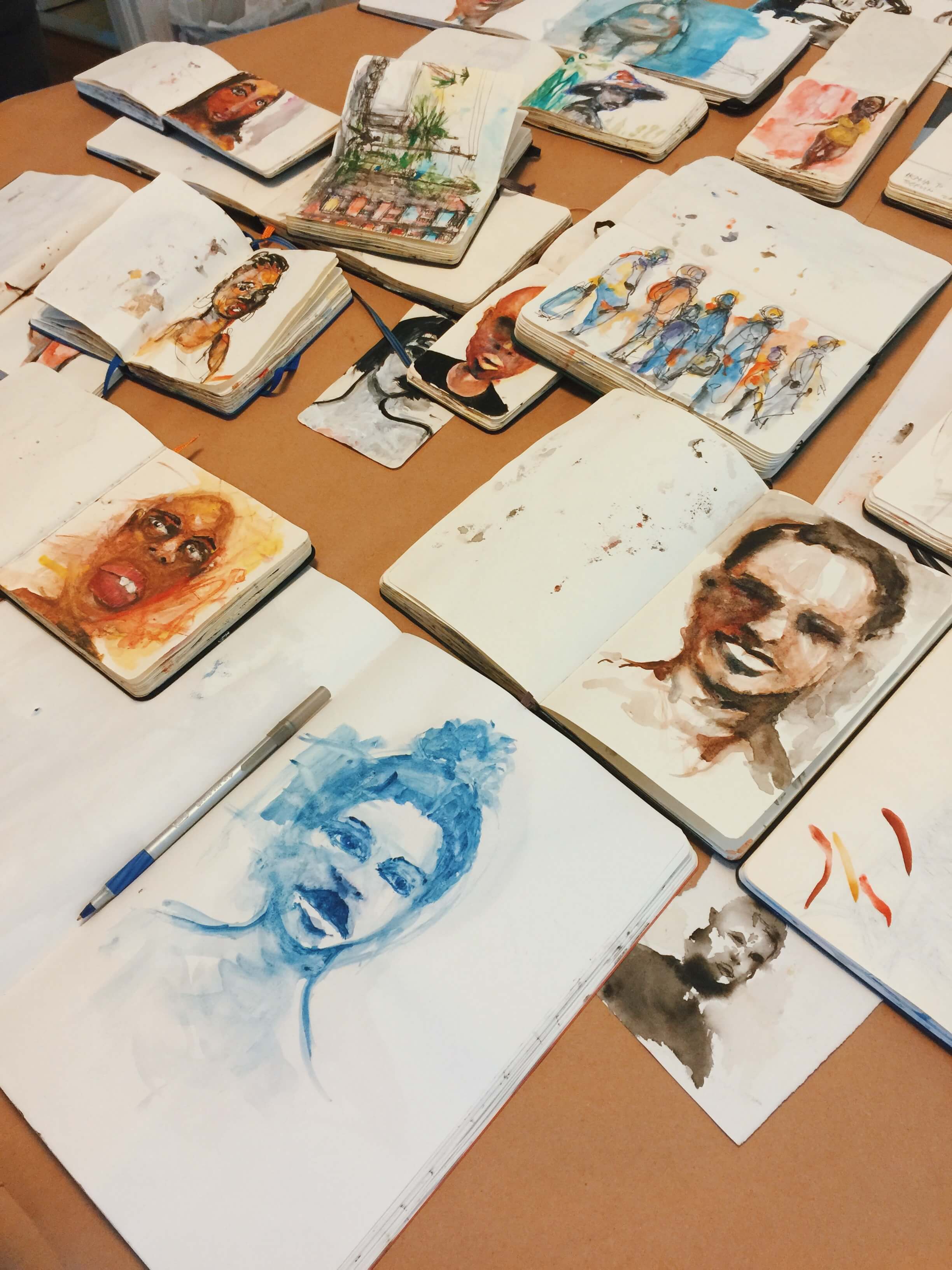 The thing I like to do really is … for me all this drawing; all this stuff is like memory exercises. A lot of times I’ll be walking around, and I’ll just be like, “Oh this is a cool scene, I’ll come here, and I’m going to paint this.” And then I go back, and I paint it.
Sometimes I’ll be out there drawing, sketching. When I draw the parks and stuff, a lot of times I’m at the house. I just go home; I paint. I kind of paint obsessively. I come home, and I just start painting. I have my books floored; I had a couple of sketchbooks laying out, and I just come back, and I just start sketching. Start laying down ideas.
A lot of times it might start as like two of those abstract backgrounds first. And then I start putting on layers of faces or something like that. 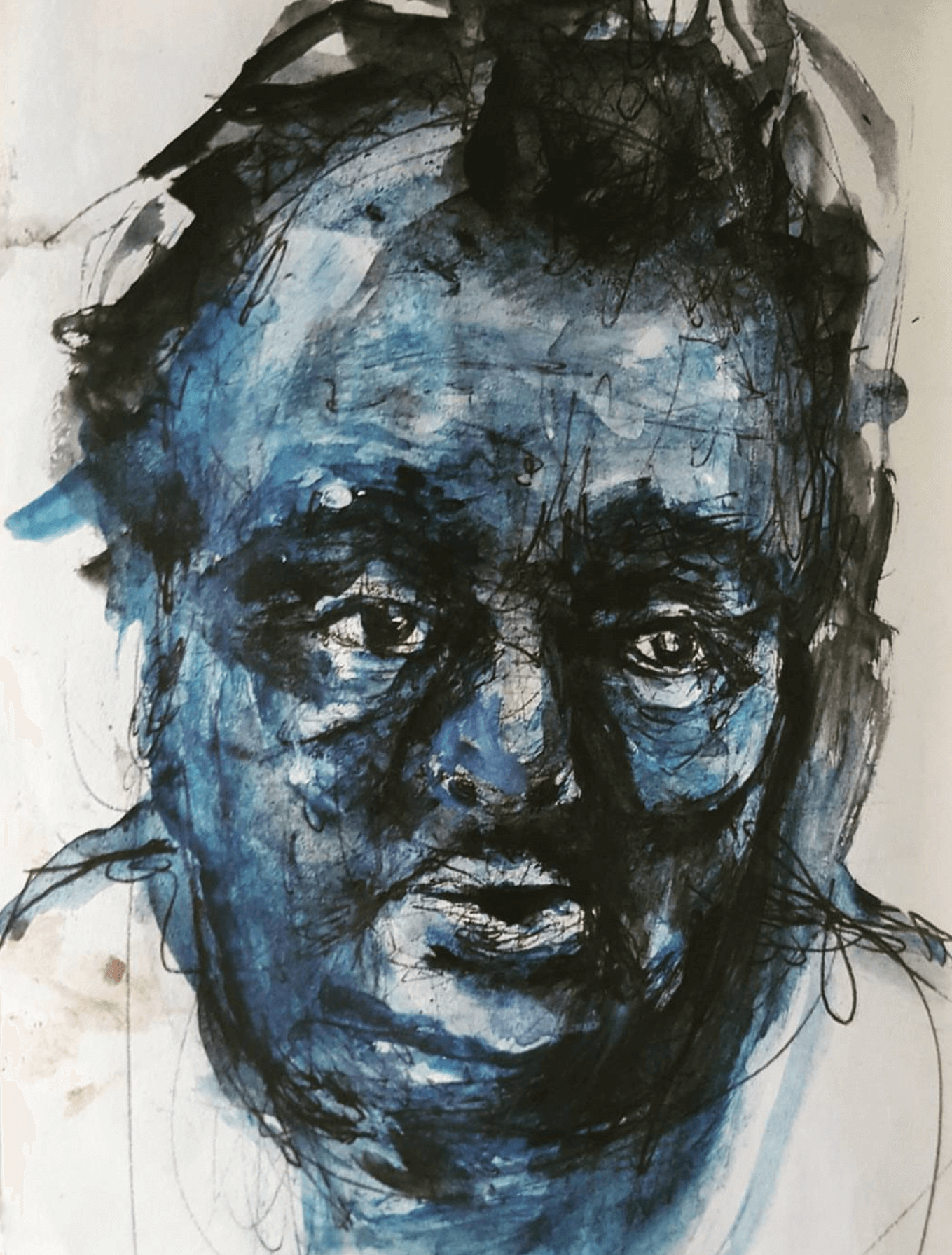 Above: Phenotype Silver by Jared McGriff. Photo by Tiffany Garnett.

When Jared is not traveling or observing the United States’ political landscape, he is exploring new techniques for future work. Visit Jared at jaredmcgriff.com 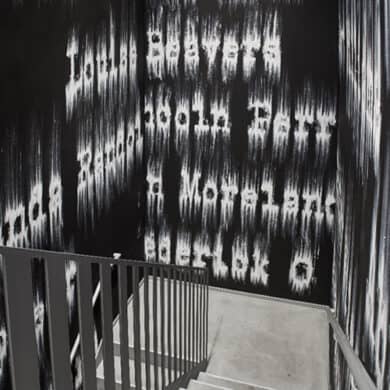 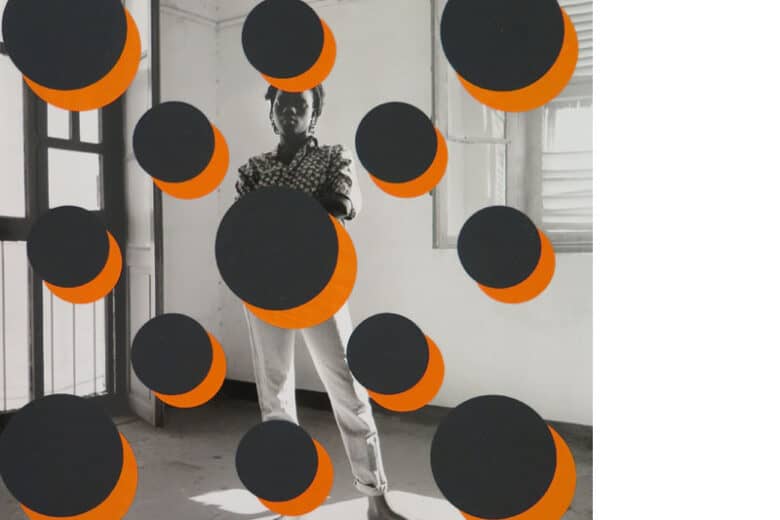 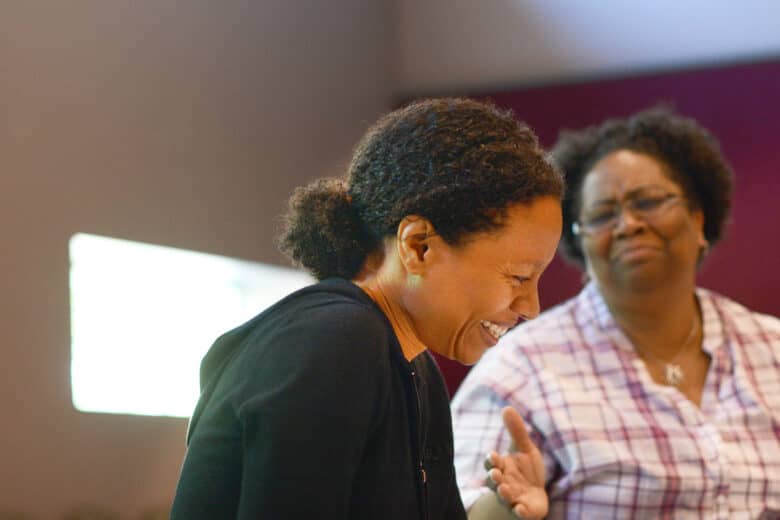