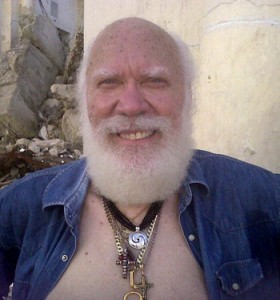 Washington D.C. will resonate with the vibrant
sounds, sights, and tastes of the French-speaking world when the Francophonie Cultural Festival – the largest
Francophone festival in the world – launches six exciting weeks of concerts, theatrical performances, films, culinary tastings, literary salons, children’s workshops, and more.
The events take place throughout the Washington area at the Festival’s partner institutions. For a full schedule,
tickets, and information, visit francophoniedc.org.
Celebrating the creative artistry of its many countries, the Francophonie Cultural Festival is a voyage of exploration,
discovery, and cultural sharing that emphasizes the diversity of the French-speaking world. Since 2001, more than
40 countries have collaborated each year to present an array of experiences all rooted in the Francophone cultures
– from Africa to the Americas to Asia to the Middle East.
This year, participants include Lebanon, Senegal, Belgium, Switzerland, Luxembourg, Haiti, Mali, France, Djibouti,
Quebec, and the Republic of Cameroon.
The Festival welcomes a myriad of artists from all cultural walks of life.
On April 5, prolific Haitian author Frankétienne offers personal insights on the complex relationship between Creole
and French at the Embassy of Haiti. Frankétienne’s “Delirium of the Fallen Predator” – an evening of staged poetry,
with musical accompaniment, is presented on April 3 at La Maison Française.
The Smithsonian Associates hosts An African Soirée on Friday, April 12, at the Smithsonian African Art Museum.
The event spotlights the fusion talents of singer-songwriter Kaïssa. A Cameroon vocalist known for her blending of
African and Western musical traditions, Kaïssa has worked with such legendary artists as Paul Simon, Diana Ross,
and Talking Heads frontsman David Byrne.
La Grande Fête, a highlight of the Festival each year, takes place on Friday, March 22, with more than 35 embassies
and organizations presenting the culinary specialties and traditions of the Francophone worl. The evening features
a live concert by Switzerland’s popular singer-songwriter Bastian Baker, whose pop-folk and catchy sing-along
ballads stole the show at the Montreux Jazz Festival.
In addition to the countries listed above, the Francophonie Cultural Festival is presented in collaboration with The
Smithsonian Associates, Alliance Française, La Maison Française, and the French-American Cultural Foundation.
The Festival is supported by generous assistance from the International Organization of La Francophonie, Dish
Network, TV5Monde, and Audiovisuel Exterieur de la France. (Sponsors as of February 19, 2013)
About the International Organization of La Francophonie
The International Organization of La Francophonie represents one of the largest linguistic zones in the world. Its
members share more than just a common language; they also share the humanist values promoted by the French
language. Created in 1970, the organization’s mission is to embody the active solidarity among its 75 member
states and governments (56 members and 19 observers), which together represent more than one-third of the
United Nations’ member states and account for a population of more than 890 million people, including 220 million
French speakers.