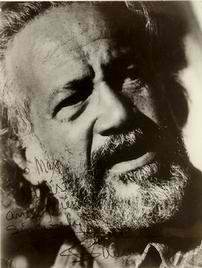 Sugarcane is proud to celebrate Caribbean Heritage Month and all of the artistic contributions that the Caribbean and the Caribbean diaspora has made to the field of arts and entertainment. Today, we honor Jamaican -American Actor Frank Silvera. Born in Kingston, Jamaica in 1914, Mr. Silvera moved with his family to the United States to live in Boston. Deciding that he wanted to become an actor, Mr. Silvera moved to New York where he joined the American Negro Theatre in Harlem. Mr. Silvera worked with great African American artists like Alice Childress ( The Wedding Band-one of our favorite plays), Ruby Dee, Sidney Portier, Maxwell Granville, Hilda Simms, Harry Belafonte, Stanley Green, Claudia McNeill, Diana Sands, Ossie Davis and Langston Hughes. While his training lead to success in Harlem, his skin color-His father was a Spanish Jew and his Mother Jamaica- allowed him to do Broadway and film and play a variety of ethnicity. As a matter of fact, he played white characters for his entire early Broadway career. In films and on television, he was also cast without regards to his color, though mostly as Latinos, even appearing as a Polynesian in the 1962 version of Mutiny on the Bounty, starring Marlon Brando, with whom Silvera co-starred in Viva Zapata!, One-Eyed Jacks and The Appaloosa as Mexican characters. He appeared in two Stanley Kubrick-directed films, Fear and Desire and Killer’s Kiss (clip below) as either “white” or racially indeterminate. He also appeared as a Mexican bandit in the 1967 Martin Ritt Western classic, Hombre, based on the Elmore Leonard novel. His anger over the killing of Civil Rights Workers led to Mr. Silvera starting his own company, The Theatre of Being, a company that he financed out of his own pocket. He even took out ads in industry publications denouncing racism and challenging Hollywood’s major players to stand with him in the Civil Rights Movement. His career was rich , he appeared in film as well and directed, produced and stared in plays and brought great Black stage productions to the West Coast. Frank Silvera died suddenly in 1970. He was electrocuted while attempting to repair the garbage disposal unit in his kitchen sink.[3][4] A Navy veteran of World War II, Silvera was buried with honors at Long Island National Cemetery in Farmingdale, New York. At the time of hie death, he was on NBC’s The High Chaparral as the Mexican squire, Don Sebastian Montoya. A few years after his death,The Frank Silver Writer’s workshop was formed by playwright/director Garland Lee Thompson, along with famed actor/director Morgan Freeman, director/actress Billie Allen and journalist Clayton Riley, in 1973. Below is a clip of one of the films he appeared in called Killers kiss:


Fight at the Mannequin Factory