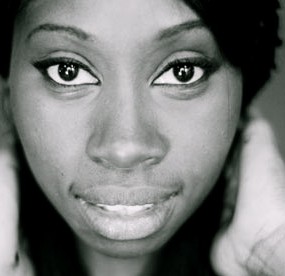 The cast has been announced for Belong, Bola Agbaje’s next play at the Royal Court, a co-production with Tiata Fahodzi. This will be the first play to be produced under the company’s new Artistic Director Lucian Msamati, who will also play the lead role of Kayode. The play runs in the Jerwood Theatre Upstairs from 26 April to 26 May 2012.

The production will be directed by Indhu Rubasingham, designed by Ben Stones, with lighting by Malcolm Rippeth and sound by David McSeveney

‘Supporters keh. Forget this country. How many year have you lived here?… Your English is better than the Queen’s and they still call you’

Election lost, speeches made and controversy stirred – Kayode’s hiding. He’s not even answering the door to the cleaner, and Rita is not going to start getting out the Hoover in her designer heels. Escaping the political heat in London, he flees to Nigeria – a British MP and a self-made man. Once there, he gets caught up in a whole new power game.

Lucian Msamati plays Kayode, a British MP. Following a controversial defeat at the polls, he returns to Nigeria and enters a political battle that makes him question what he believes and where he truly belongs.

Lucian Msamati was appointed Artistic Director of Tiata Fahodzi in November 2010. A widely respected actor, he currently appears in The Comedy of Error_s at the National Theatre and will be seen in Rupert Goold’s _Richard II for BBC and in the hit HBO series Game of Thrones. His acting credits include Clybourne Park (Royal Court/Wyndhams), Death and the King’s Horseman (National), The Resistible Rise of Arturo Ui (Lyric Hammersmith), Ruined (Almeida) and as JLB Matekoni in the BBC/HBO TV adaptation of The Number One Ladies’ Detective Agency. His previous writing and co-writing credits include Memory Play, Eternal Peace Asylum, Born African and Zuva Crumbling.

Jocelyn Jee Esien plays Fola, Kayode’s sister. Jocelyn made history as the first black female comedian to write and star in her own television series, Little Miss Jocelyn, for the BBC. Her stage credits include Torn (Arcola), The Lion And The Jewel (Royal Court) and Racing Demon (Chichester Festival Theatre). She was a regular on The Lenny Henry Show, was one of the 3 Non Blondes alongside Ninia Benjamin and Tameka Empson, and most recently played Tasha in the film Anuvahood.

Pamela Nomvete plays Mama. Her credits at the Royal Court include Truth and Reconciliation and Now or Later. Other stage credits include Welcome To Thebes, Racing Damon, David Hare Trilogy and Fuente Ovejuna (National) and Twelfth Night (RSC/West End). On film, she appeared in The Special Relationship and Zulu Love Letter, for which she received the Fespaco Film Festival Best Actress award.

Itoya Osagiede recently graduated from the Italia Conti Academy of Theatre Arts and has previously worked with Tiata Fahodzi appearing in The Epic Adventure of Nhamo the Manyika Warrior and His Sexy Wife Chipo by Denton Chikura as part of Tiatai Delights in 2011.

Richard Pepple plays Chief Olowolaye. His credits include Fixer (Oval House), In the Blood (Finborough Theatre), The Hounding Of David Oluwale (for Eclipse Theatre/West Yorkshire Playhouse) and has worked extensively with Tiata Fahodzi.

Ashley Zhangazha plays Kunle. His last appeared at the Royal Court in Truth and Reconciliation. His other credits include Richard II and King Lear (Donmar Warehouse) and Danton’s Death (National).

Bola Agbaje’s most recent play at the Royal Court was Off the Endz in 2010. Her debut play _Gone Too Far was performed at the Royal Court in 2007 as part of the Young Writers Festival. It won an Olivier Award for Outstanding Achievement and Bola was also nominated for Most Promising Playwright at the Evening Standard Awards. She is currently working with UK production company Poisson Rouge and the UK Film Council to turn the play into a feature film. Her other work includes Playing the Game, as part of the Women, Power and Politics season at the Tricycle and Detaining Justice at the Tricycle Theatre.

Director Indhu Rubasingham has recently been appointed Artistic Director of the Tricycle Theatre and takes up the position in May 2012. Her previous credits at the Royal Court include Disconnect, Free Outgoing, Sugar Mummies, Lift Off and Clubland. She directed Bola’s play Detaining Justice at the Tricycle. Further credits include Stones in his Pocket, _The Great Game, Women, Power and Politics season, and Fabulations (Tricycle), Ruined (Almeida), a new adaptation of Wuthering Heights (Birmingham Rep and on tour), The Ramayana and Tanika Gupta’s Waiting Room (National), and Yellowman (Liverpool Everyman/Hampstead Theatre).