In February 2012, Independent Lens will lead the celebration of Black History Month on public television with premieres of three new documentaries that shine a unique light on the history of African American activism, with one provocatively re-examining of the whole idea of Black History Month.

Independent Lens’s Black History Month program kicks off on February 2, 2012 with the premiere of Daisy Bates: First Lady of Little Rock, the story of a seven-year journey by filmmaker Sharon La Cruise to get to know the mostly forgotten civil rights activist Daisy Bates.Beautiful, glamorous, and articulate, Bates was fearless in her quest for justice, stepping into the spotlight to bring national attention to issues – and some say to herself.

Unconventional and egotistical, she became a household name in 1957 when she fought for the right of nine black students to attend the all-white Central High School in Little Rock, Arkansas. Her public campaign culminated in a constitutional crisis – pitting a president against a governor and a community against itself. Of course, black history does have other women like Rosa Parks who fought for their basic civil rights. When you look at the course of black history, several factors have shaped the black culture. The one interesting aspect about the 1930s is that interracial marriage was banned (among many other segregation laws), but there was a shift towards accepting divorce and multiple marriages. You can take a look at this site to learn more about the changing American culture in the 1930s.

Fresh from a successful theatrical run, Independent Lens presents Göran Hugo Olsson’s The Black Power Mixtape 1967–1975 on February 9, 2012 . In the late 1960s and early 1970s, Swedish television journalists came to America to document the burgeoning Black Power movement.This fascinating film weaves this long-lost trove of film into an irresistible mosaic chronicling the movement’s evolution: footage shot on the streets of Harlem, Brooklyn, and Oakland; interviews with Black Power leaders including Stokely Carmichael, Angela Davis, and Eldridge Cleaver; and contemporary audio interviews with leading African American artists, activists, musicians, and scholars. The film provides a fascinating look at the people, society, culture, and style that fueled an era of convulsive change.

Finally, on February 16, 2012, More Than a Month follows African American filmmaker Shukree Hassan Tilghman on a cross-country campaign to end Black History Month. Humorous and thought provoking, More Than a Month combines cinema verité, man-on-the-street interviews, and inspired dramatizations to explore what the treatment of history tells us about race and power in “post-racial” America. What does it mean that we have a Black History Month? What would it mean if we didn’t? In addition to the film, the Independent Lens team will unveil More Than a Map(p), a smartphone application that uses a phone’s GPS to point users in the direction of the nearest location relevant to African American history. Users can experience each point in a variety of ways including text, video, audio, and links to more information. What makes More Than a Map(p) truly unique is the user’s ability to add his or her own historical points to the map – points that then become part of everyone’s app. More Than a Map(p) will be available on iTunes February 2012.

“It is beyond exciting that Dr. Davis has agreed to join us for this presentation, and to support Black History Month on public broadcasting,” said Lois Vossen, series producer for Independent Lens. “This important programming will reach more African American families – and more Americans overall – because of her participation.”

Two of the three films – Daisy Bates and More than a Month – will also be featured in ITVS’s acclaimed Community Cinema program, where local public television stations team up with community-based organizations and NGOs to present special live preview screenings. With expert speakers and panel discussions to help contextualize the programs, these screenings give audiences the opportunity to get involved. More than 100 screenings of each film will take place in cities and towns across the country during the months of January and February. Find more information and screenings your area, here.

In addition, Daisy Bates is also part of the ITVS-led Women and Girls Lead campaign, a three-year public media initiative to focus, educate, and connect citizens worldwide in support of the issues facing women and girls. By building a pipeline of some 50 public television documentaries and integrating content from partners across radio, commercial television, and beyond, Women and Girls Lead offers another model for public media to serve its mission in the 21st century.

To learn more about the films, and the issues involved, visit the companion website. Get detailed information on each film, watch preview clips, read interviews with the filmmakers, and explore the subjects in depth with links and resources. The site also features a Talkback section where viewers can share their ideas and opinions. Here is the trailer for the Black Power Mixtape : 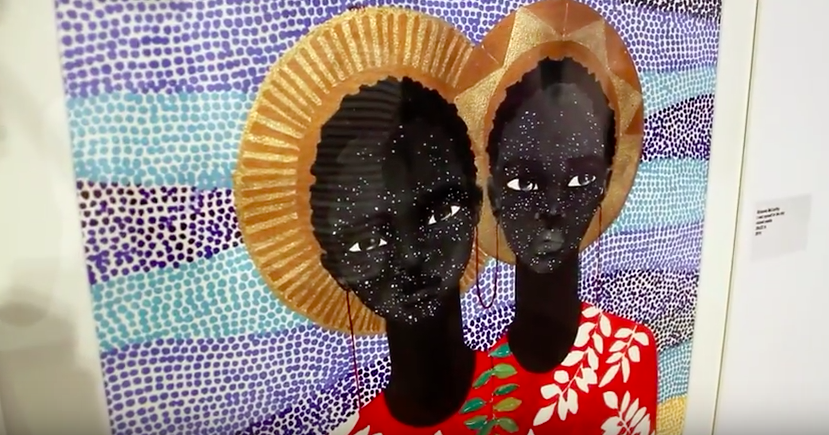