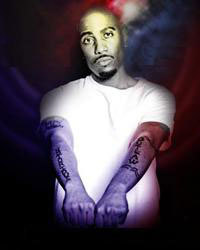 Tupac Shakur is a cultural icon, beloved for his verses and and what he represented. His untimely death shocked the world and fueled and East Coast-West Coast rivalry that caused death and false rummors that destroyed reputations. Despite that negativity, Shakur will always be remembered as a force of nature. That’s why we suggest seeing Tupac’s story told on stage in the production The Right to Remain: The Life and Mind of Tupac Shakur at Tara Arts in London November 1-5. This production is a one man show by award winning American Actor Meshaun LaBronne. It tells Shauku’s story from his point of view while locked in solitary confinement. If you go, purchase tickets here