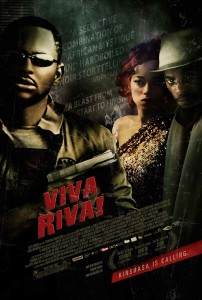 6 time African Academy Award winning film Viva Riva will be released both in the US. ( June 10th in New York – click here for more U.S. cities ) and the UK ( June 24th ) .The film is about Riva, a small time operator who has just returned to his hometown of Kinshasa, Congo after a decade away with a major score: a fortune in hijacked gasoline. Wads of cash in hand and out for a good time, Riva is soon entranced by beautiful night club denizen Nora (gorgeous Paris-based actress Manie Malone in her screen debut), the kept woman of a local gangster. Into the mix comes an Angolan crime lord Cesar (New York-based African Academy Award winner Hoji Fortuna) relentlessly seeking the return of his stolen shipment of gasoline. Director Djo Tunda Wa Munga’s Kinshasa is a seductively vibrant, lawless, fuel-starved sprawl of shantytowns, gated villas, bordellos and nightclubs and Riva is its perfect embodiment. Djo Tunda Wa Munga was born and raised in Kinshasa, the capital of the Democratic Republic of the Congo (DRC) where he spent his childhood. At the age of 10, he left for Belgium, and went on to study art, and later filmmaking at INSAS (Institut National Supérieur des Arts du spectacle et des techniques de diffusion) in Brussels. This is not only his first film, but this will be the first Congolese feature film in the Lingala language and the first Congolese feature distributed in the U.S. 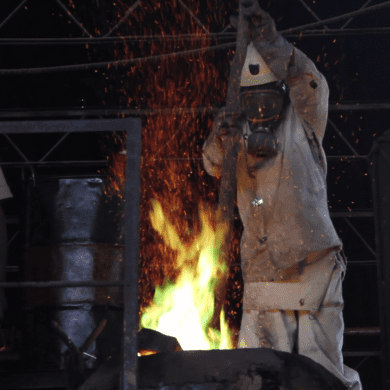