The Film Society of Lincoln Center (FSLC) and African Film Festival, Inc. (AFF) will present the 18th New York African Film Festival (NYAFF) in celebration of the United Nations International Year of Peoples of African Descent, which serves as the festival’s guiding theme. This year’s NYAFF will also commemorate the 50th anniversary of independence in both Sierra Leone and Tanzania, countries from which much of the African Diaspora draws its roots. The festival, which will include 15 features and 16 short films by emerging and veteran filmmakers from 24 countries, will commence with a screening of rare archival footage from the Russian State Archives of both Sierra Leone and Tanzania’s 1961 liberation from the United Kingdom. The NYAFF will include classic and contemporary films, as well as presentations by visual and performing artists paying tribute to historic moments and luminary figures who have been influential in the arts and culture of the Diaspora. The NYAFF will run from April 6 through 12 at The Film Society of Lincoln Center, and throughout April and May at the Museum of Arts and Design, Columbia University’s Institute of African Studies, The Big Screen Project, and the Brooklyn Academy of Music’s BAMcinématek.

“This year’s program will offer both a great deal of variety for moviegoers and a great deal of optimism for Africa,” said African Film Festival, Inc. Executive Director and Founder Mahen Bonetti. “From family-oriented films to dark dramas to informative shorts and documentaries, attendees will be immersed in the rich lives of people from across the Diaspora, as filmmakers show their view of Africa—one of pride, determination and hope for the future.”

Opening Night features Kinshasa Symphony, the story of Democratic Republic of the Congo’s only symphony orchestra. Directed by Claus Wischmann and Martin Baer, the film follows the determined members of L’Orchestre Symphonique Kimbanguiste (The Kinshasa Symphony Orchestra) as they overcome coups, chaos and war to celebrate life through the power of music—even creating their own instruments. Armand Diangienda, founder and conductor of the orchestra, will be in attendance to introduce the film. Here is the trailer for the film :

What We Want: The Reality Show”Growing Up African” 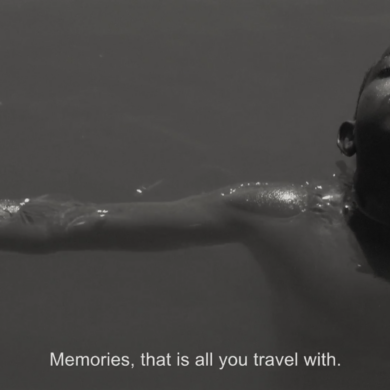