2020 was a landmark year, marking the start of Covid-19 and worldwide protests sparked by the death of George Floyd and police brutality. Inspired by the hope that 2020 was a global tipping point in the history of black people all over the world, the photographs in this exhibition attempt to capture the essence of what it means to be young and black in Britain at that point in time. A generation that has inherited the traditions of racial oppression and injustice but who also invest their lives with a hope that was simply not possible in the past. This project documented young black people living in Britain following the political climate created by the black lives matter movement and during a global pandemic.

The portraits in the exhibition attempt to narrate a story, to convey a small snippet of the multiplicity of what it means to be black, especially during this unique period of time. The portraits provide thought- provoking stories that help us to reflect on the world around us, while simultaneously immortalising, celebrating and uplifting the young people captured in this series, people who may have inherited generations of racial oppression and injustice but are nonetheless thriving. The exhibition attempts to highlight the hope that despite their history and cultural inheritance, individuals can take claim of a violent history and not succumb to it, through resilience and knowledge of Pan-african history extending long before colonialism that will continue to stretch well into the future.

Drawing on the work of Mark Seely, namely his book, “Decolonising the Camera: Photography in Racial Time” and Tina Campt, Author and Professor of Africana and Women’s Gender and Sexuality studies and Director of Research on Women at Barnard College, Jones attempts to break down notions of blackness in British society. Seely’s discussions of the role that photography plays in reinforcing identity, the historical power of images to shape our understanding of race, photography’s ability to act as a vehicle for liberation as seen in images throughout the civil rights movement, or, on the other hand, to become a tool of oppression, all play an important role in the formulation of Jones’s project. Thus the creation of the images for this project was informed by the fact that they would inevitably become part of a wider discussion around race, due to the fact that in today’s globalised world, images can be disseminated by anyone and anywhere on the planet, hopefully in an attempt to reclaim the narrative around race with positive connotations for ‘blackness.’

Campt’s discussion of the practice of Caribbean communities taking studio portraits as affirmations of success also feeds into Jones’s practice. The purpose of these portraits was to tell a story of success and respectability, even if in fact, members of the Caribbean commonwealth were being treated horrifically at the time. The portraitsattempted to embrace the narrative and the promise that had been made to them as British citizens in the Caribbean, thus allowing the sitters to claim their promised Britishness. Capturing individual personal history thus became a political statement as it helped to affirm ideas around collective identity. Jones thus makes a statement that says “here we are, we matter, our stories matter, and have always mattered”.

Jones also draws on the works of Gordon Parks, whose photographs were pivotal in the push for civil rightsinAmericaandcontinuetobepoignanttoday. Parks’s photography captured the everyday lives of those that suffered the injustice of segregation and racism. His sensitive and candid photographs also provided a dignified glimpse of the tender moments in the life of African Americans never seen before. In the wake of recent images of brutality and violence against black people, Jones attempt to approach her work with the same sensitivity and gentleness and depict something that showcases the pride and dignity of each subject.

Another influence on Jones’ work is Daido Moriyama’s photographs documenting the breakdown of traditional values of post-war Japan. Moriyama’s works have been likened to visual haikus and as he tries to capture a snapshot of everyday moments. These snapshots enable 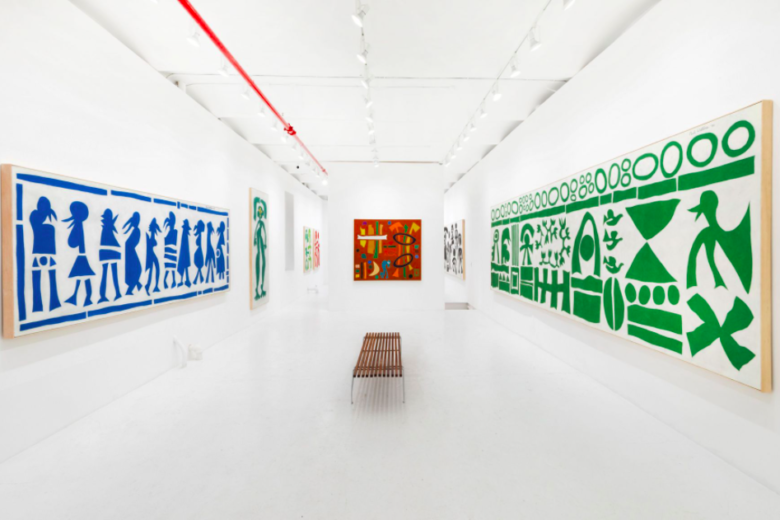 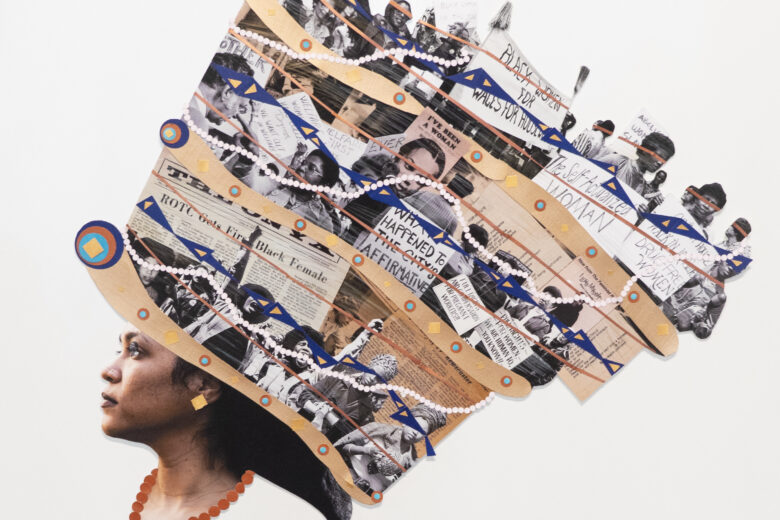 All Put Together A Solo Exhibition by Helina Metaferia