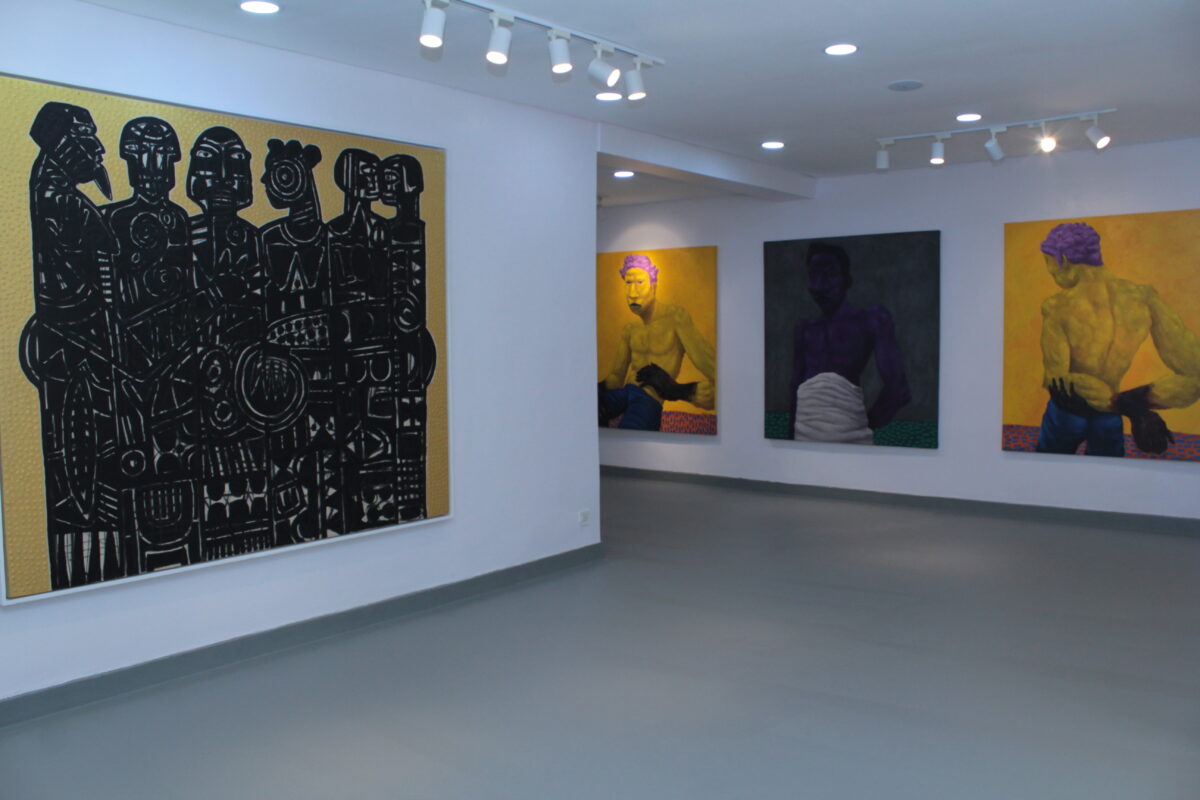 This week in African art and culture, we bring exciting news of progressiveness, breakthroughs and recognition on the contemporary African art scene beyond white, cubed walls.

For instance, while many countries struggle globally to regain stability one event at a time against the backdrop of the pandemic, South Africa has pleasant news in this regard as their team will make it to Venice Biennale this year.

A major art center based in Lagos, Nigeria, which continues to serve as a research point for many art practitioners in Africa, may be achieving a significant breakthrough that will preserve its core objectives.

An acclaimed artist with a distinct visual language garners another round of worthy recognition, and in Cameroon, a new project, creating opportunities for young artists and women, is set to launch … 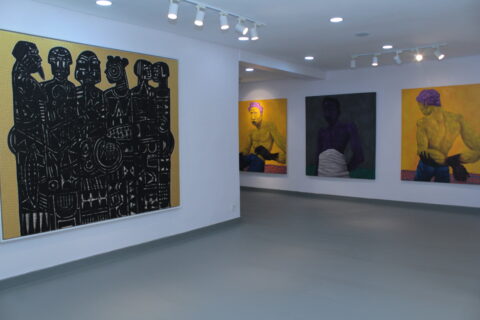 Above:Installation view | I Like You, You’re Different | AMG Projects | 2022

The South African stand is conceptualized around the sub-theme, “Into the Light.” This sub-theme integrates with the exhibition theme, adding the element that shows how the solitude and separation of COVID-19 lockdown can be a vehicle for artists to embark on the process of focused self-evaluation.

“We wanted our national stand to be unique, to offer more than just a conventional display of artworks to the public,” explains Nosipho Ngcaba, the South African ambassador to the Italian Republic, who also serves as a commissioner for the South African Pavilion at the Biennale.

“Each of our featured artists has undertaken a courageous journey of self-discovery, stepping beyond the bounds of physical reality into a daunting, surprising and sometimes macabre alternative realm of fantasy and imagination,” she said. “We patriotically ensure that our stand celebrates that journey, as much as the artworks that resulted from it.”

The three South African artists who will showcase works during the Venice Biennale 2022 are Dr. Roger Ballen, a photographer who was initially inspired by the etchings that women prison inmates had created by scraping off the paint used to black out the windows of their prison cells. For his The Theatre of the Apparitions showcase, he developed his own technique, coating glass in special paints, etching off the coating and backlighting the glass. This technique resulted in a monochromatic, theatrical world in which fantasy figures engage with swirling, shadowy apparitions in bizarre rituals.

In B(l)ack to Fairy Tales, Ms. Lebohang Kganye casts and photographs herself autobiographically as the protagonist in the Westernized fairy tales of her childhood but sets these one-act cameos in a South African township. The “happily ever after” fantasy milieu of the fairy tale is contrasted with the grim reality of her township life as a child, challenging the pervasive effect that mythical folklore has on our psyche and world view.

Mr. Phumulani Ntuli’s Godide is a work that uses stop-motion animation. In this photorealistic realm, Mr. Ntuli portrays himself as an intrepid explorer, discarding his traditional African attire to shed notions of self-identity before diving beneath the paper-cut-out waves. In this watery fantasy realm, which is accessible only through the imagination, he experiences the vast diversity of self-identity, cultural association, places of belonging as well as states of being that are possible in the geopolitical scope.

“Just as our featured artists have undertaken their own journeys of discovery in search of artistic truth and reimagined self-identity, we want to encourage visitors to our stand to embark on their own similar journeys. Through the creative use of lighting, dressing and exhibition stand design, we aim to inspire and draw visitors into exploring unknown realms,” adds pavilion Curator Amé Bell.

The Centre for Contemporary Art, Lagos (CCA, Lagos) has announced its partnership with Sotheby’s to host a benefit auction to raise funds to secure the purchase of its building in Lagos to support the continuation of its artistic program.

CCA, Lagos is an independent, nonprofit visual art organization founded in December 2007 by Bisi Silva (1962-2019) to provide a platform for the development, presentation and discussion of contemporary visual art and culture. It seeks to create new audiences and to prioritize media such as photography, film and video, performance and installation art, which have been under-represented in Nigeria.

CCA board member and renowned art master El Anatsui said of the upcoming auction, “Since its inception, CCA Lagos has been a meeting place for visionaries of all forms. The brainchild of curator extraordinaire and my late dear friend, Bisi Silva, CCA serves as a home to young creative minds. CCA is an unnegotiable resource for emerging artists from Africa.

“Bisi was trailblazing and indeed, one of a kind,” Anatsui went on. “She understood the importance of mentorship; it was the heart of everything she did and remains the guiding ethos of her center. CCA Lagos is a pillar within the local community. There is no question that it must be preserved and her mission sustained.

“The Centre for Contemporary Art has, since inception, occupied the building on a lease and consists of an art space and a visual art library and a curatorial and artists’ archive. It is with high hopes that with this benefit auction, the structure can become not only permanent but expand the scale of the reach of their impact on the contemporary African art scene.”

London-based artist Isaac Julien has been honored for his sensual and poetic visual narrative that breaks down barriers between different artistic disciplines.

Born in London in 1960, Isaac Julien is an international filmmaker who has produced work for cinema, television, and art museums and galleries throughout his career. He studied fine arts and film at St. Martin’s School of Art, and in the 1980s, he co-founded the “Sankofa Film and Video Collective,” which is dedicated to the development of an independent Black film culture. Along with several Black and Asian filmmakers, he is regarded as a pioneer of international Black cinema.

His international breakthrough came in 1989 with the film, Looking for Langston, a poetic exploration of the writings of Langston Hughes and the Harlem Renaissance. The film received several awards. His feature film debut, Young Soul Rebels (1991), also was awarded at the Cannes Film Festival.

Isaac Julien has been showing his museum work as film installations on several screens since the mid-1990s, and he is considered a pioneer of this form of presentation. During the same period, Julien continued to make poetic documentaries, such as the biopic about British film director and artist Derek Jarman, entitled Derek (2008) – shot with actress and Oscar winner Tilda Swinton about the life, art and films of Jarman.

Isaac Julien’s recent works include Lessons of the Hour: Frederick Douglass (2019) and Lina Bo Bardi: A Marvelous Entanglement (2020). Lessons of the Hour tells the story of Frederick Douglass, a former slave who campaigned for the abolition of slavery and became one of the most photographed men of the 19th century. Lina Bo Bardi is a renowned Brazilian modernist architect portrayed by Oscar-nominated actress Fernanda Montenegro.

Isaac Julien lives and works primarily in London and is a professor at UC Santa Cruz. He has been a member of the British Academy of Film and Television Arts (BAFTA) for more than 20 years. In 2017, he was honored by the British Queen Elizabeth II for services to art and film, and in 2018, he was made a “Royal Academician.”

Isaac Julien will receive the Kaiserring, one of the most prestigious contemporary art awards, from the city of Goslar, Germany, in the Goslar Imperial Palace at a ceremony scheduled for Oct. 8, 2022.

Bikoka Art Project, a new initiative by art historian and curator Christine Eyene, dedicated to supporting creative and professional opportunities for young people and women in the field of contemporary art, launched on Friday, Feb. 11.

Portrait of a Community – Features of a Land is the first phase of a new commission by Yvon Ngassam. This exhibition presents portraits of inhabitants of Lolodorf—a southern province of Cameroon located in the Ocean division—in everyday scenes, and landscapes captured by Ngassam during his first visit in August 2021.

The exhibition opened with portraits of local patriarchs whose gaze plunges us into local knowledge, as well as the history and living memory of Lolodorf. To these, landscapes were added, showing the verdant nature of the region, architecture inherited from German (1884-1916) and French (1916-1960) colonization, and even more abstract images that reveal isolated shapes. The dynamism of human activity is represented through market and street scenes, as well as nocturnal wanderings.

Echoing Ngassam’s photographs, a series of archive images will be exhibited. These will be the topic of further research into the colonial history of Lolodorf. Beyond the city as a photographic subject, this project also aims to foster local talent and give inhabitants the opportunity to reflect on questions of photographic representation through portraiture or one’s natural environment. To this end, Yvon Ngassam will provide a photographic workshop for a group of young people from Lolodorf. The images produced will be presented as part of Cameroon’s Youth Day.

Portrait of a Community – Features of a Land and Digital Africa – Lolodorf are curated by Christine Eyene, assisted by Yves-Xavier Ndounda, and organized in collaboration with the Lolodorf City Council.

Bikoka Art Project is located in the quiet and green area of Bikoka (Lolodorf) on a vast rural site that will evolve into an artists’, curators’ and art writers’ residency, an exhibition space, an art library and a sculpture garden. Its activities will include artists’ commissions, workshops, young talents programs, exhibitions and performances. While the first collaborations will focus on Cameroonian artists, the residencies and exhibitions progressively will include international artists. The 2022 program will be announced in the coming months. 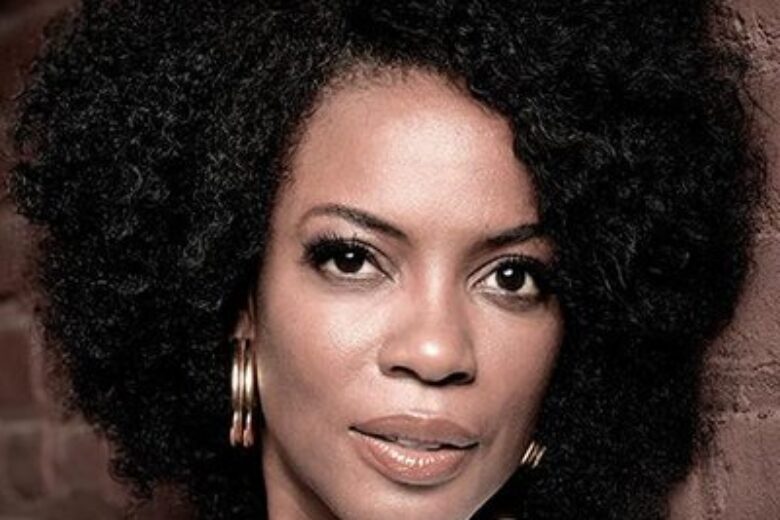