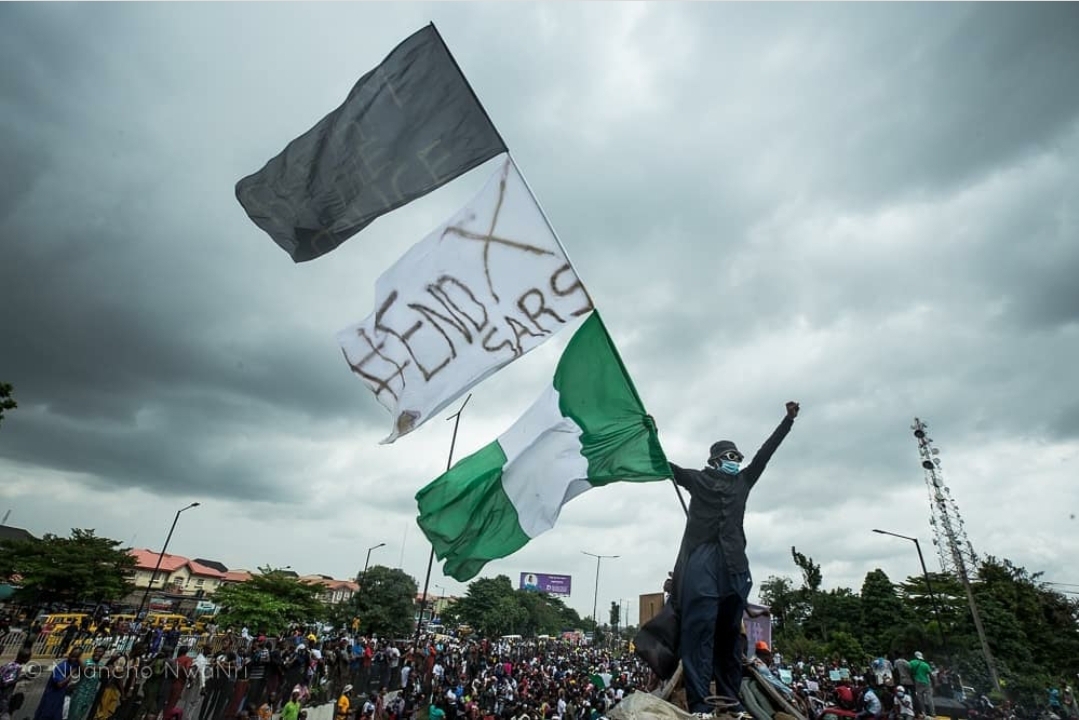 This week in African art and culture, there are two solo exhibitions on view: one from an emerging artist who has gradually travelled through several group exhibitions to his first solo in Accra, and the other by an established artist who is continually leaving significant imprints of his strides in the contemporary art scene, showing in Paris.

In the literary scene, one of Africa’s oldest and most accomplished writers has just released a new book, while another passed away earlier in the week. As far as disappointing news goes, expectations on seeing one of Africa’s famed novels on screen have been dashed, and African writers respond to the ongoing protest in Nigeria.

This week, a new art space founded by Adora Mba called ADA \ contemporary art gallery opens in Accra with an inaugural exhibition by young Nigerian artist Collins Obijiaku. The solo show titled Gindin Mangoro: Under the Mango Tree features 17 portraitures focusing on the notions of Blackness, lived experiences and identity. These works are rendered in paint and charcoal.

ADA \ contemporary art gallery joins the growing list of representation and exhibition spaces for artists in Ghana and the West African art scene. The gallery was established to showcase works by emerging artists as well as foster a dialogue between local and international artists with a residency program that will commence in 2021. This exhibition attests to ADA \ contemporary art gallery’s promise to support fresh talent working in diverse mediums, offering early-career artists an opportunity to present a comprehensive portfolio of work.

Before establishing the gallery, Mba worked in public relations and culture journalism before fully pursuing her interest in African art with her first venture, The Afropolitan Collector, providing art advisory services and insight into the African art market.

Collins Obijiaku is an early-career artist living and working in Suleja, a small town near Nigeria’s capital, Abuja. With no formal art training, his creative journey began with pencil sketches and illustrations of people in his surroundings and quickly developed into a more engaged practice in paintings. As his artistic growth takes an interesting turn, he delves into portraying pressing issues around him, such as the precarious existence of those on the margins of society, societal ills and injustices.

Obijiaku is also one of the artists currently showing at the exhibition The Medium is the Message at UNIT London, written about in last week’s roundup.

Gindin Mangoro: Under the Mango Tree is his first solo exhibition and will be on view until Nov. 19, 2020.

On Oct. 16, 2020, the 31 Project space in Paris opened a solo exhibition by Kelani Abass, titled Ìrántí, which means “history” among the Yoruba-speaking people in his native Western Nigeria. The works in this exhibition adopt a reflective enquiry into time across generations, featuring people from his community.

In creating these works, he uses old photographs—an object of memory—as a starting point for the mixed media works in the exhibition, exploring various possibilities that can result from an image produced with a camera.

For his three-dimensional works, he combines vintage portraits, original or reproduced in painting, with found materials and items from private archives such as metallic letters and symbols obtained from his father’s old printing press. By so doing, Abass explores the relationship between memory and archiving, which also has taken form in his recent figurative works, where he recreates certain images encountered with time stamping tools.

Abass, who lives and works in Lagos, was trained at the Yaba College of Technology, where he graduated with a distinction in painting. He has exhibited in various countries around the world, with some of his major exhibitions being [Re:] Entanglements, Contemporary Art and Colonial Archives at the National Museum, Lagos (2019) and If I Could Save Time at the Centre for Contemporary Arts in Lagos (2016). He also has been featured in major art fairs including ART X Lagos (2018), 1-54 London (2018 & 2019), AKAA Paris (2019) and Art Paris (2020).

At 82, Kenyan author Ngugi wa Thiong’o, one of the most acclaimed writers in the history of contemporary African literature and theory, is still writing and experimenting with form. In his new book, titled The Perfect Nine, Ngugi explores the epic form for the first time.

The Perfect Nine recounts the story of the founding of the Gĩkũyũ people of Kenya from an assertive feminist perspective. A verse narrative, blending folklore, mythology, adventure and allegory, this book chronicles the efforts of the Gĩkũyũ founders in finding worthy partners for their 10 beautiful daughters, called “The Perfect Nine” and the challenges they set for the 99 suitors who seek their hands in marriage. The epic is contained with elements of adventure, suspense, danger, humor and sacrifice.

Over almost six decades of being a writer, his works range from novels, plays and memoirs to radical essays on language and decolonization. He has received adulations from the likes of President Barack Obama, the New Yorker, the New York Times Book Review, The Guardian, and NPR and has been a finalist for the Man International Booker Prize. Nominated several times for the Nobel Prize for Literature, Ngugi wa Thiong’o is currently a distinguished professor of English and comparative literature at UC Irvine. Some of his works include A Grain of Wheat, Decolonizing the Mind, Weep Not Child and Wizard of Crow.

Nigerian emeritus professor and renowned poet & playwright John Pepper Clark-Bekederemo, known primarily as J. P. Clark passed away on Oct. 13, 2020 at 85. He is an acclaimed writer, an activist who fought for the rights of his marginalized ethnic group, the Ijaws of the Niger Delta region of Nigeria.

Clark is perhaps known for his popular 1965 poem, Ibadan, a free-verse quintet that has been widely critiqued and revered. This memorable poem, which continuously delights, reads thus:

China in the sun.

The Americanah mini-series film adaptation by Lupita Nyong’o and Danai Gurira has been cancelled by HBO Max due to the ongoing coronavirus pandemic and scheduling conflicts. This news comes after shooting for the production was delayed at the beginning of the year due to the coronavirus pandemic. The former Black Panther co-stars were set to executive produce the show together, with Nyong’o starring and Gurira writing and show-running. The duo, who are originally from Kenya and Zimbabwe respectively, have hinted about working on several passionate projects that focus on Black voices.

The adaptation, which had secured a 10-part series with the television giant, is based on Americanah, a 2013 novel written by famed Nigerian author, Chimamanda Ngozi Adichie. It was initially to be adapted into a film but in 2018, it was revealed that the novel would be adapted into a series by the network. Emmy award-winner Uzo Aduba and British-Nigerian actor Zackary Momo were set to join the cast and Nigerian-American director Chinonye Chukwu was set to helm the adaptation.

The novel, Americanah is a love story about a young Nigerian woman, Ifemelu, who immigrates to the United States to attend university and her high-school sweetheart, Obinze, who is unable to obtain a U.S. visa and ends up as an undocumented citizen in London.

Going on consecutively for 10 days in Nigeria has been a protest by youths against police brutality. Despite stated promises from the president, and the government acceding to the demand, protesters are being met with violence from the police. More so, the youths are doubtful the sitting government is being sincere as this would not be the first time it would have banned the ruthless arm of the Nigerian Police Force, called Special Anti-Robbery Squad (SARS).

This time around, the protesters are insisting on justice for the deceased and others who have suffered varying degrees of human rights abuse under the police force. To this, in an open letter, African writers address the Nigerian government on their stance. An excerpt from the letter reads thus:

“As African writers across borders, we denounce in the strongest terms the tyrannical and shameful persecution of innocent Nigerians by officers of the Special Anti-Robbery Squad (SARS) of the Nigeria Police Force and the continued harassment of peaceful protesters in the country.

“We note that reform of the police and policing system in Nigeria will not be complete without justice for victims of SARS brutality and the arrest, dismissal and prosecution of police officers found culpable of crimes against the people.

“We therefore condemn the continued determination of the Nigeria Police Force to shield officers indicted in flagrant acts of brutality by either promoting them or redeploying them away from places where their reprehensible acts of cruelty have drawn public ire, or by replacing the label on SARS with SWAT.

“Because the dead cannot cry out for justice, it is our duty, as the living and as writers and humans, to demand it for them. And so, we stand firm to demand that every officer of SARS and the Nigeria Police Force in general who commits acts of brutality against our innocent brothers and sisters in Nigeria be subjected to an independent judicial inquiry.” 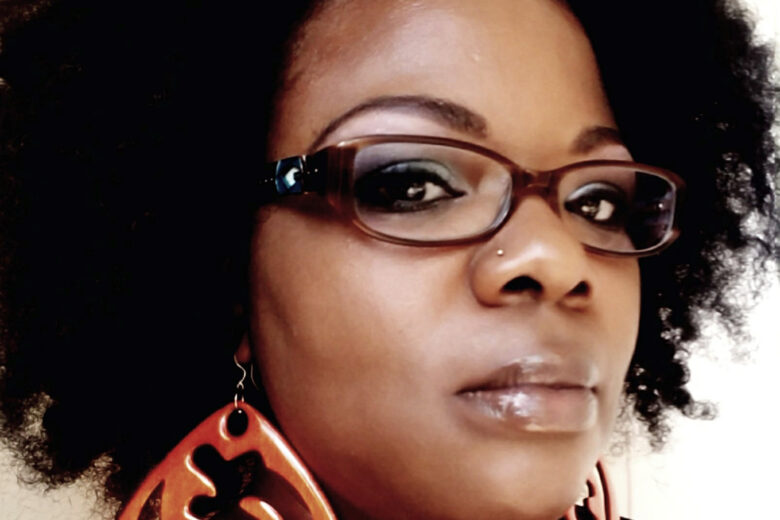 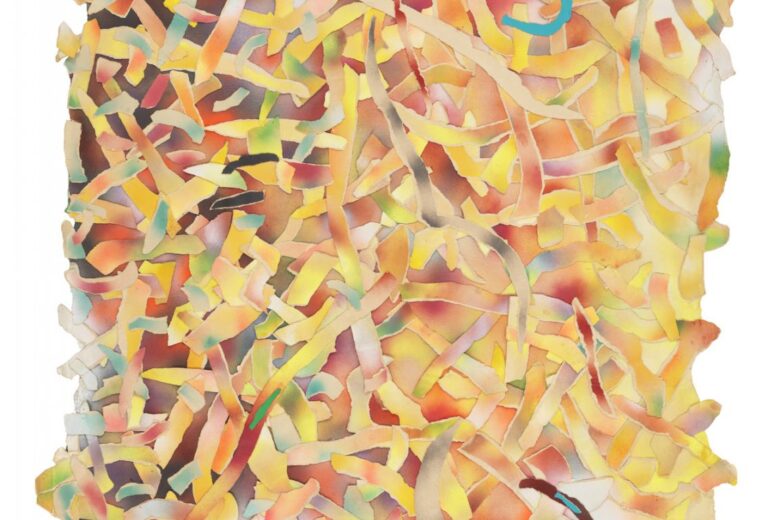