Cesar Dezfuli (b.1991 in Madrid, Spain) received the prize for his work ‘Passengers’, (2020), which seeks to put a face to those who have seen the need to migrate outside the system, analysing the impact that this movement has had on their identity.

Rahima Gambo (b.1986 in London, but lives in Abuja, Nigeria) received the prize for her work, ‘Tatsuniya’, (2019). The work is about the intangible things that happen when you bring a group of young women together and hold a space for creative expression to come through.

For M’hammed Kilito (b. 1981 in Lvov, Russia and resident in Rabat, Morocco), his work ‘Portrait of a Generation: Among you’ (2019) for which he has won this prize, is a project reflecting on personal identity for Moroccan youth based on a selection of portraits of young people who make their own choices, often pushing on the boundaries of societal limits, either through their creative activities, appearances, or sexuality, claiming their right to be different and celebrating diversity.

‘Talangai’, (2017), is the title of the winning work by Gosette Lubondo (b. 1993 in Kinshasha, Congo, where she also lives). The title is culled from an expression in Lingala, one of the four national languages of the Democratic Republic of Congo, meaning “Look at me or visit me.” Conceived as an ongoing project that began in 2017, This work is based on the theme of self-perception and what is projected to the outside world to question identity and physical appearance.

The fifth artist, Ismail Zaidy (b. 1997 in Marrakesh, Morocco where he resides), received the CAP Prize for the work, ‘العائلة family’, (2019). In this work, the artist documents his family life in Studio Sa3ada, a space created by on the rooftop of the building where he lives with his 19-year old brother, Othmane and his 16-year old sister, Fatima, who play a huge part in developing the ideas behind the photographs. With this work, the artist seeks to shed light on issues commonly encountered within a family, such as lack of communication and the distance between siblings and their parents.

The brainchild of Honorable Kojo Yankah, founder of the African University College of Communications (AUCC), The Pan-African World Museum will be a uniquely curated virtual and physical space located in Ghana, West Africa. The museum is dedicated to sharing the true story of Africa and its people under the watchful eye of the world’s most noted scholars from human creation to present day. The vision of the museum is to curate, preserve and communicate the history, ideals, philosophy, and cultural heritage of people of African descent within a 21st century context of social, economic and political development. Watch it here

Commenting on the need for the summit in these times, Koyo Kouoh, Executive Director and Chief Curator of Zeitz MOCAA said: “This summit, the first multi-day gathering convened by our young museum, comes at a pivotal moment for our Pan-African cultural community. We are reeling from the effects of a pandemic while witnessing the impact of systemic inequalities. We saw the urgency for this initiative, to debate about mutual support as we collectively navigate unsettling times.”

The summit took place over the period of five days, with each day exploring a different theme. Some highlights of the conference include the opening panel discussion by Achille Mbembe and Albie Sachs, moderated by Koyo Kouoh. They deliberated on the topic of ‘Solidarity through Historic Contexts of Pan Africanism and the Transnational Struggle’. This was later followed by a reading by Sakhisizwe Gcina titled ‘The Battle of Rewritten Histories’, an excerpt from Ben Okri’s book titled ‘Infinite Riches’.

There was also a listening session with a mixtape by Chimurenga, FESTAC ’77, a film screening titled ‘Mother, I Am Suffocating. This Is My Last Film About You’ (2019) by Lemohang Jeremiah Mosese.  On the fifth day, the summit came to a close with a reading by Phokeng Setai from a book titled ‘Return to my Native Land’ by Francophone poet, Aimé Césaire.

‘There, Here, Nowhere: Dwelling At The Edge Of The World’ – A Group Exhibition Interrogating African Diasporic Identity

This exhibition highlights issues of diasporic identity and the cultural production of African artists in the diaspora. Conceived against the backdrop of the #Blacklivesmatter movement and the wave of global protests on the issue of racial inequality, the exhibition is a visual expression of Black experiences in a predominantly White western society, from the view of the African diaspora.

“There, Here, Nowhere: Dwelling At The Edge Of The World” connects temporal spaces designed to explore the relationship between space (constructed through memory, lived physical experience or imagined reality) and identity and how this inter-relationship creates the sense of ‘two-ness’, that is the feeling of being both African and Westerner in identity and aesthetic.

The exhibition is on view until October 6, 2020 at The Koppel Project Exchange in London.

Two African female authors, Tsitsi Dangaremgba and Maaza Mengiste made the 2020 Booker Prize shortlist for their books, ‘This Mournable Body’ and ‘The Shadow King’ respectively.

In a feature by The Guardian, Maaza Mengiste is said to be the first Ethiopian writer to make the Booker Prize shortlist. While it is also Dangarembga’s debut on the Booker shortlist, readers around the world have followed the prequels to this work over the decades. They are ‘The publication of Nervous Conditions’ (1988) and ‘Book of Not’ (2006). ‘This Mournable Body’ (2018) is the last of Dangarembga’s trilogy.

Bernardine Evaristo, 2019 Booker Prize winner described this year’s shortlist “groundbreaking.” This is for many reasons including the fact that the list features four books from independent publishers, four female writers, and four writers of color, making it the most diverse Booker Prize shortlist to date.

Dangarembga and Mengiste both shared their excitement on twitter.

19-year-old Kenyan, Elsa Majimbo who became famous for her humour during the quarantine and lockdown period, just nailed a campaign deal with Fenty, a luxury beauty and fashion line owned by renowned singer, Rihanna.

Majimbo started off making satirical videos and posting them online to Instagram, Twitter, and Youtube at the beginning of 2020, as a way to ease the stress and anxiety that comes along with living in the times of a global pandemic. Simply using raw unedited videos to run her commentaries and throwing shades at every chance she gets, Majimbo who goes by (@majimb.o) on Instagram has won the attention of nearly 500,000 followers., In one of her recent videos she is seen modelling several Fenty sunglasses, snacking on chips in her usual fashion while “she threw shades”  with hearty laughter. In the period since she uploaded the video this week, the campaign has garnered about 500,000 views.

Majimbo is aFilming from Nairobi, Kenya, the young comedian has been featured in CNN, The Guardian as well as an appearance on Comedy Central.

With countless events around the world having been forced to either shutdown, postpone, or adopt to a virtual form due the coronavirus pandemic, the New York Fashion Week was also inevitably affected and had to adapt to a virtual show for this year’s edition which ran from September 11-16, 2020.

On the final day of the showcase, working with fellow South Africans and celebrity models such as rapper Riky Rick, Warren Masemola and Maps Maponyane, the designer Laduma Ngxokolo, founder of the popular Maxhosa Africa label, presented his new collection with the most colourful and exciting textures. Compared to his presentation last year, which were more muted, the designer experimented with different fabrics and prints, besides the knitwear he is known for, yielding a striking and vibrant collection that is evidently reflective of the designer’s Xhosa culture, which he is vocally passionate about.

“During lockdown, in the midst of sadness, I felt like it’s very important to give people hope with my craft. I love colour and wanted to showcase happiness, so people would feel excited about summer and show that happiness is the new luxury,” said Ngxokolo.

Laduma has gained recognition beyond his country to international grounds, occasionally bagging prestigious awards during the course of his designing career. In 2014, he won the African Fashion Award for Emerging Designer of the Year. In 2016, he was also awarded as the Most Stylish Designer Interior or Fashion at the South Africa Style Awards. He has also worked with several world celebrities including Beyoncé, who featured Laduma’s work by taking a snapshot of his creation during her visit at the Cooper Hewitt, Smithsonian Design Museum In New York City. 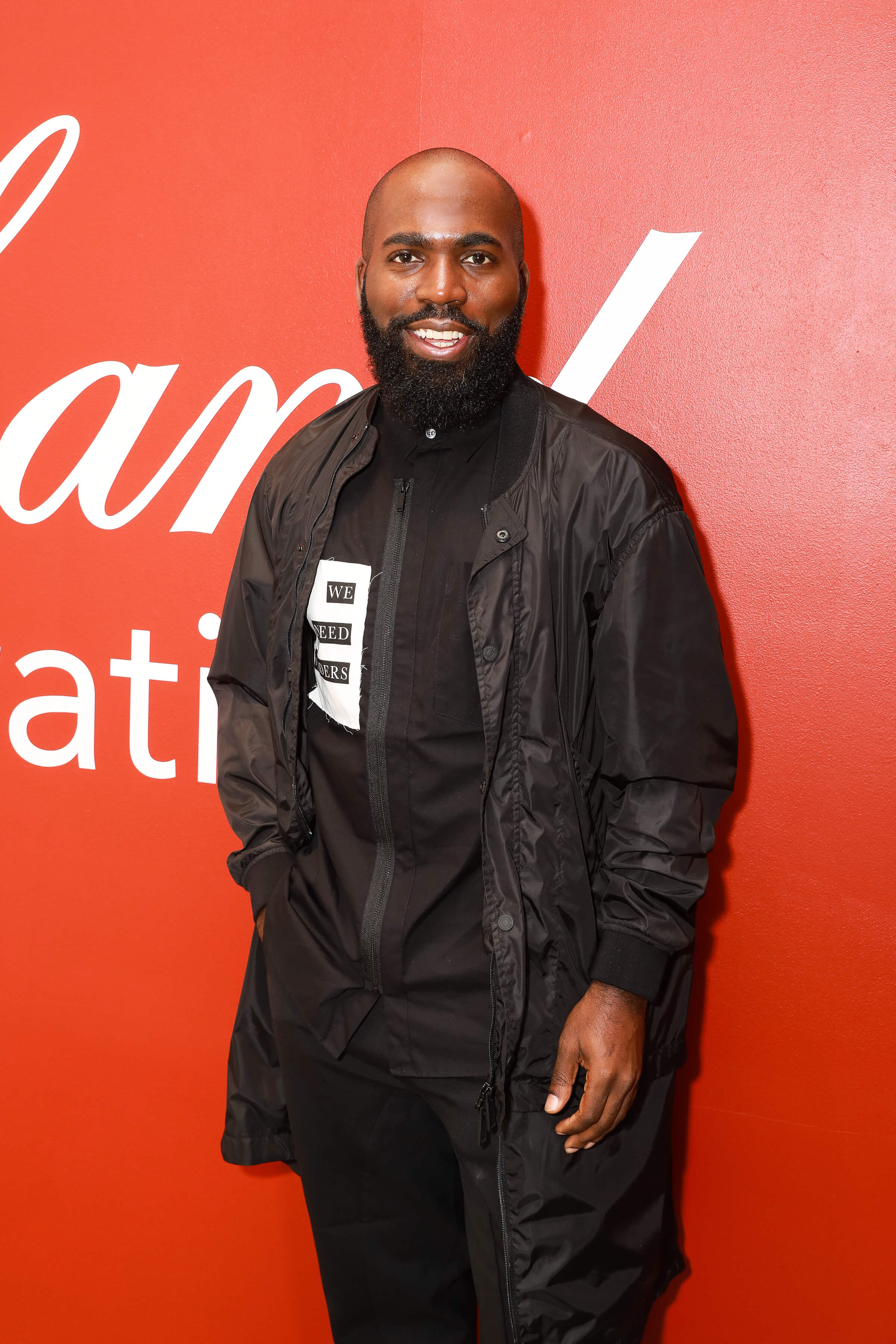 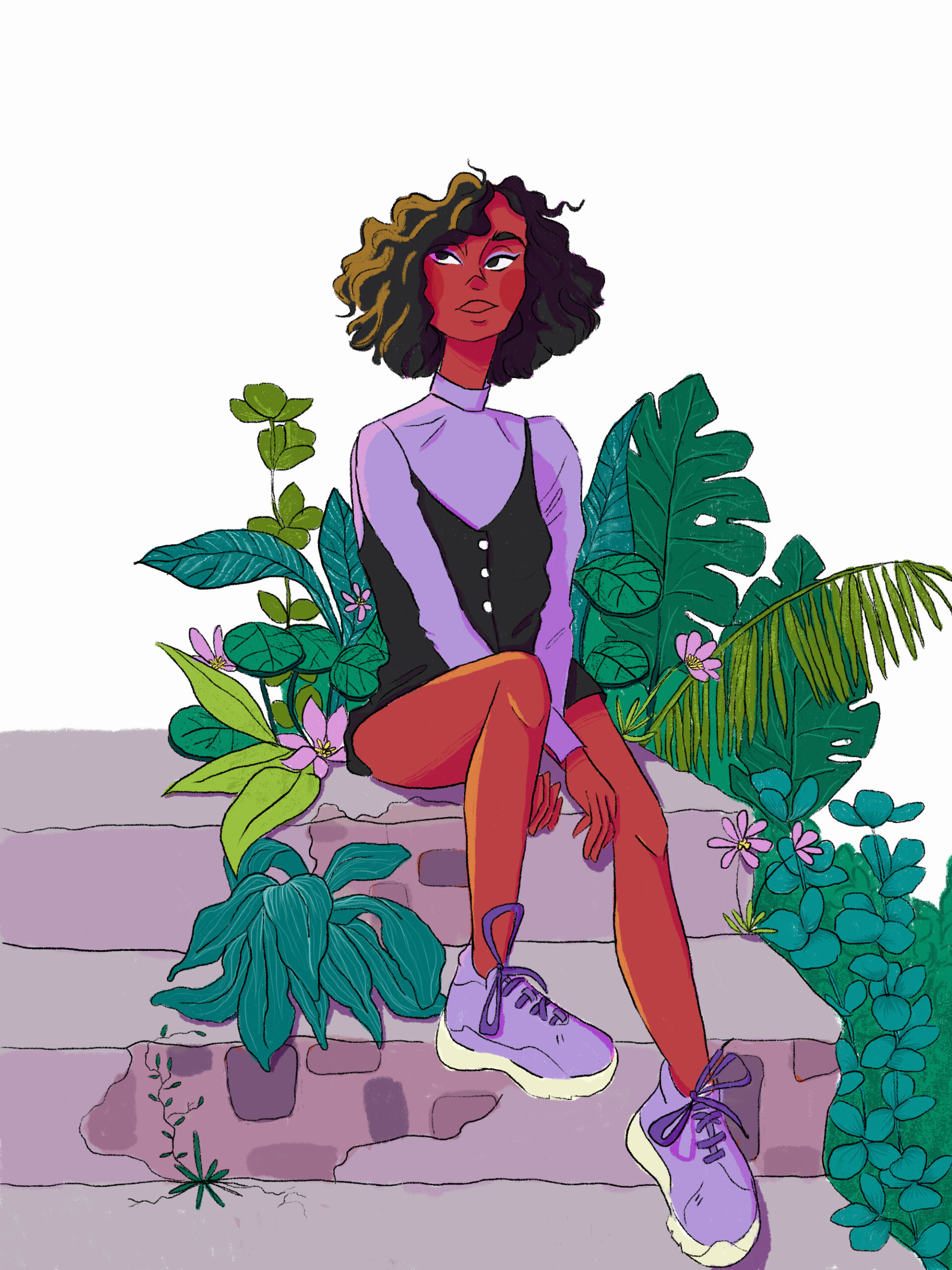 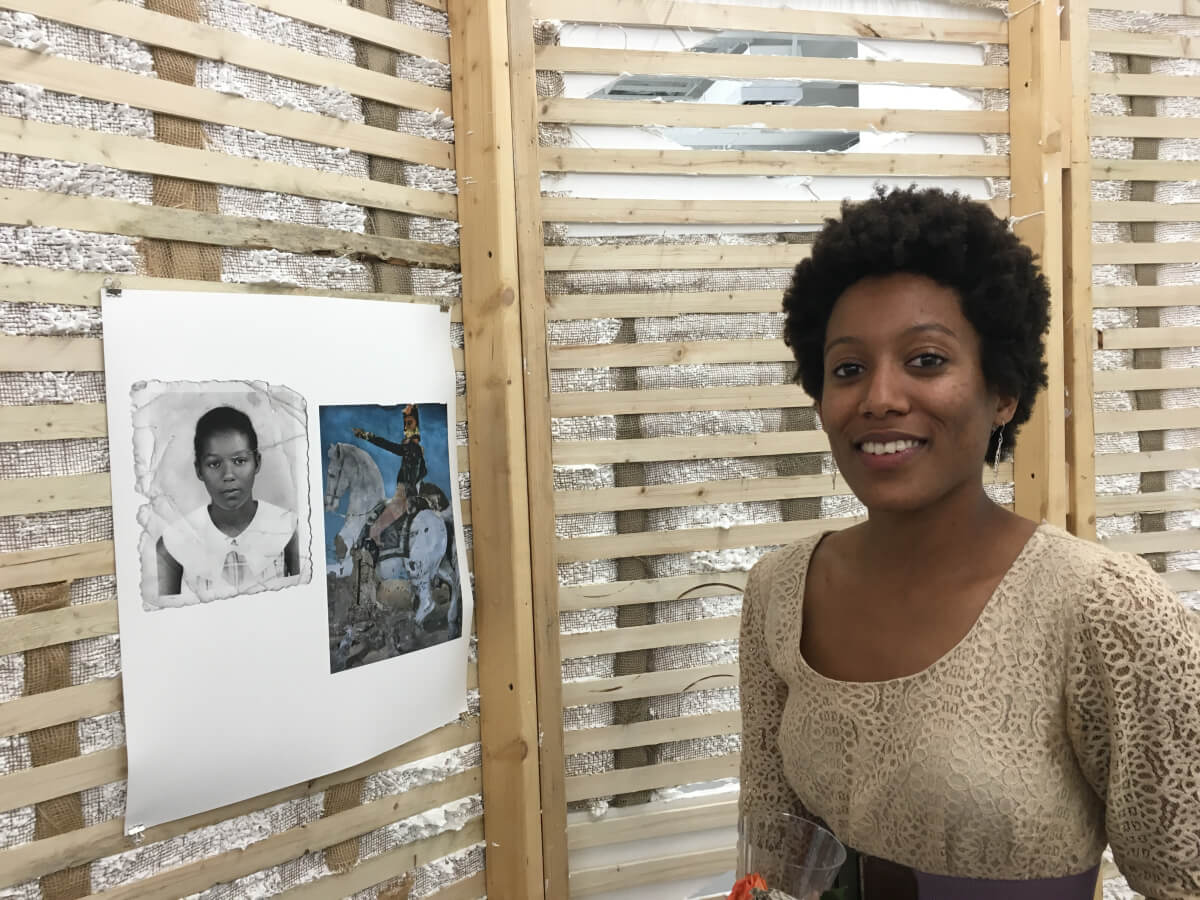