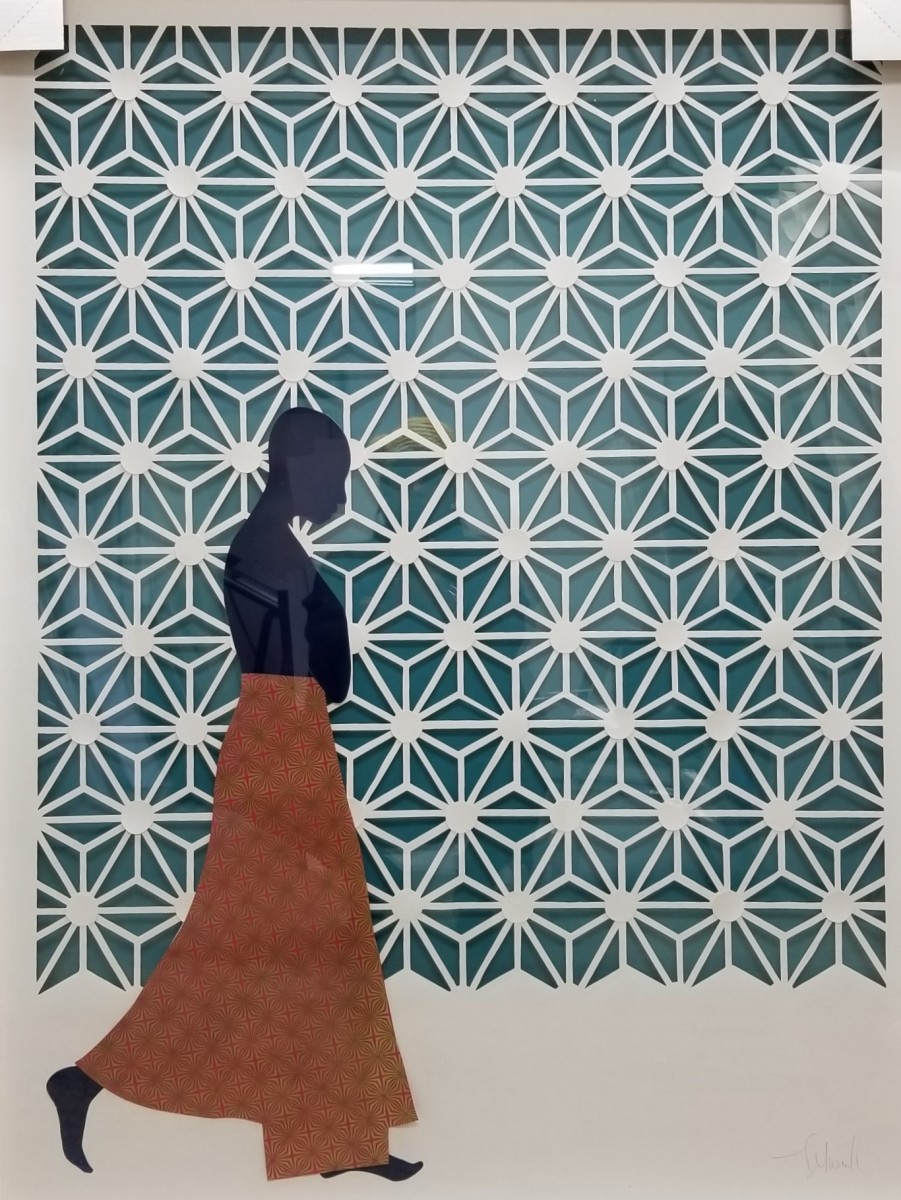 Above: Searching In Morocco I #2 by Tracy Murrell

Tracy Murell is having an awesome year as an Atlanta-based visual artist. Her work was featured in Create Magazine, an indie global art bimonthly, New American Paintings, a juried exhibition in print, and on the cover of a scholarly text, Witnessing Girlhood: Toward Intersectional Tradition of Life Writing. She was also included in a year-long exhibition celebrating Atlanta artist at Hartsfield-Jackson Atlanta International Airport in Terminal T. While Murrell has been a working artist for the past ten years, having her first exhibition in 2009, it was only in the past year, she declared that being an artist would be her full-time job. Since making the declaration, Murrell decided to go the residency route of learning and exploring, so she applied to three residencies, Hambidge Creative Residency Program, Atlanta Printmaker’s Studio Emerging Artist Residency, and Green Olive Arts Residency in Morocco, and she received all three. And there are still four months left in the year.

Murrell, who worked in the music industry and as a curator of art exhibitions made a conscious decision to focus on being a professional artist. In the conversation she had with herself she said, “Are you going to be a full-time artist or are you going to be an artist sometime, curator sometime, special project person?”Her answer? “No, I’m an artist.” After her proclamation, she focused her energy. She said no to opportunities that didn’t support her art even when they were things she wanted to do. She explains, “My job is to create the work. It’s like the universe takes care of everything else. I take care of making sure I consistently produce. And by producing, I mean when opportunities have knocked on the door, I’ve been able to say, why yes, we can license that work for a film.”

Actually, she didn’t realize she was becoming an artist until she did it. She tells me, “I started painting with a desire to make a single painting for my home. And I had the audacity to think I could buy some paint, do it, and it would just match the vision in my head. And it took two years for me to get something on that one huge canvas that I was satisfied with.” When she felt stuck about her painting, she would take an art class. She also joined The Fine Art Workshop, an art collective led by artist, Michael David at King Plow Arts Center. Although she was not formally educated in art, the art collective consisted of members who had received high levels of degrees in art, so it had the feeling of an MFA program where they learned art-making skills and how to look critically at art. While she was doing figurative work, many of the other members were abstract artists.  And for a time when she was working with the collective, she was the only black artist.

She remembers, “One time we had a critique and they were wanting me to explain the blackness in my work. And I said, ‘why would I have to do that?’…And I said, ‘can we look at my color choices?’… Why am I having to explain my race and my identity through my work when none of the white artists have to do that?…And that was a valuable lesson to me because when you’re in the real world, when you’re outside of your studio, and you’re interacting with others, you have to be prepared to answer those kind of questions.”

As she describes it, her work is “very black female centric.” She says, “All the figures are based on real people. There’s something about their silhouette that draws me in and has me stripping it down to the barest elements and combining it with other things whether it’s paper or different textures…I want the work to convey a feeling of peace, calm, tranquility.”

Through her work, Murrell is offering black women representation that offers them a bit of space in the world for peacefulness amongst a barrage of burdens. She paints her women blue, which symbolizes, wisdom, loyalty, confidence, trust, cleanliness, understanding, intelligence, faith, truth, and heaven. The color blue is also associated with strength and freedom. But it can also be light and friendly. The women featured, although contemplative, are active and resilient. The papers she uses might contrast, but they create a rhythm from the balance of the busy patterns in distinction to the meditative tranquil women silhouettes. That some of the figure’s heads are bowed, the body seems to take on weight, which they carry with grace. The busyness in Murrell’s latest paintings, portray a composed image amongst a storm.

The two silhouettes she’s been working with for the past two years are The Traveler and Sumaya, who represent how black women move in this world. According to Murrell, they also show “what their responsibilities are in keeping not only themselves together but their families together… how they are migrating not only on a daily basis of short migrations but when they are migrating long distances from a place of home to some place completely new…what they carry on their shoulders, and at all times carry it with grace and dignity and love. And those are the messages I want to bring forth in my work.”

As an experienced artist, Murrell realizes that sometimes even she over thinks the process and she can lose a day to her thoughts.  So, her advice to other black women artists is, “Be fearless and clear about your art practice. Be fearless and try new things while you’re developing a body of work. Consistency of building a body of work creates an inventory and prepares you for opportunity and the benefits of new discoveries are priceless. Always use the very best materials you can afford. Cultivate relationships with other artists that are meaningful beyond the surface and remove toxic people from your life.” 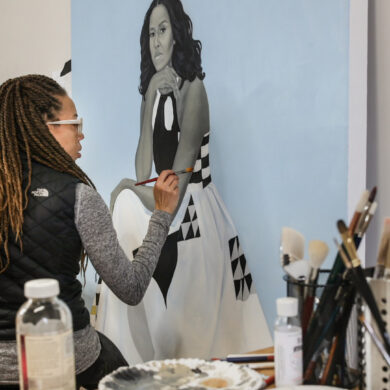 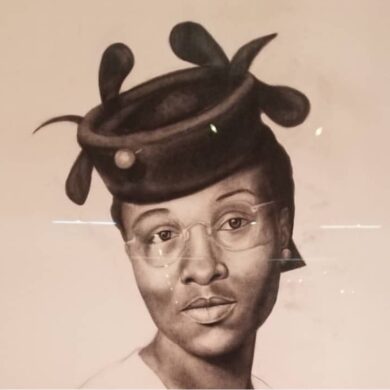 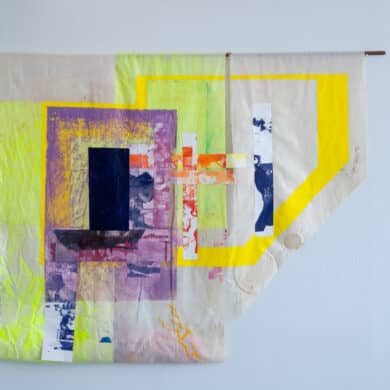 What We Saw: Tiffany Ward's picks from Art Basel Miami Beach and NADA 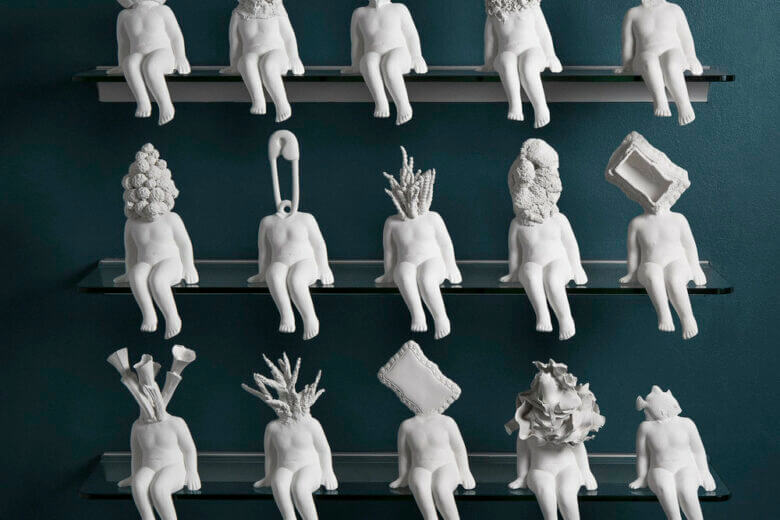