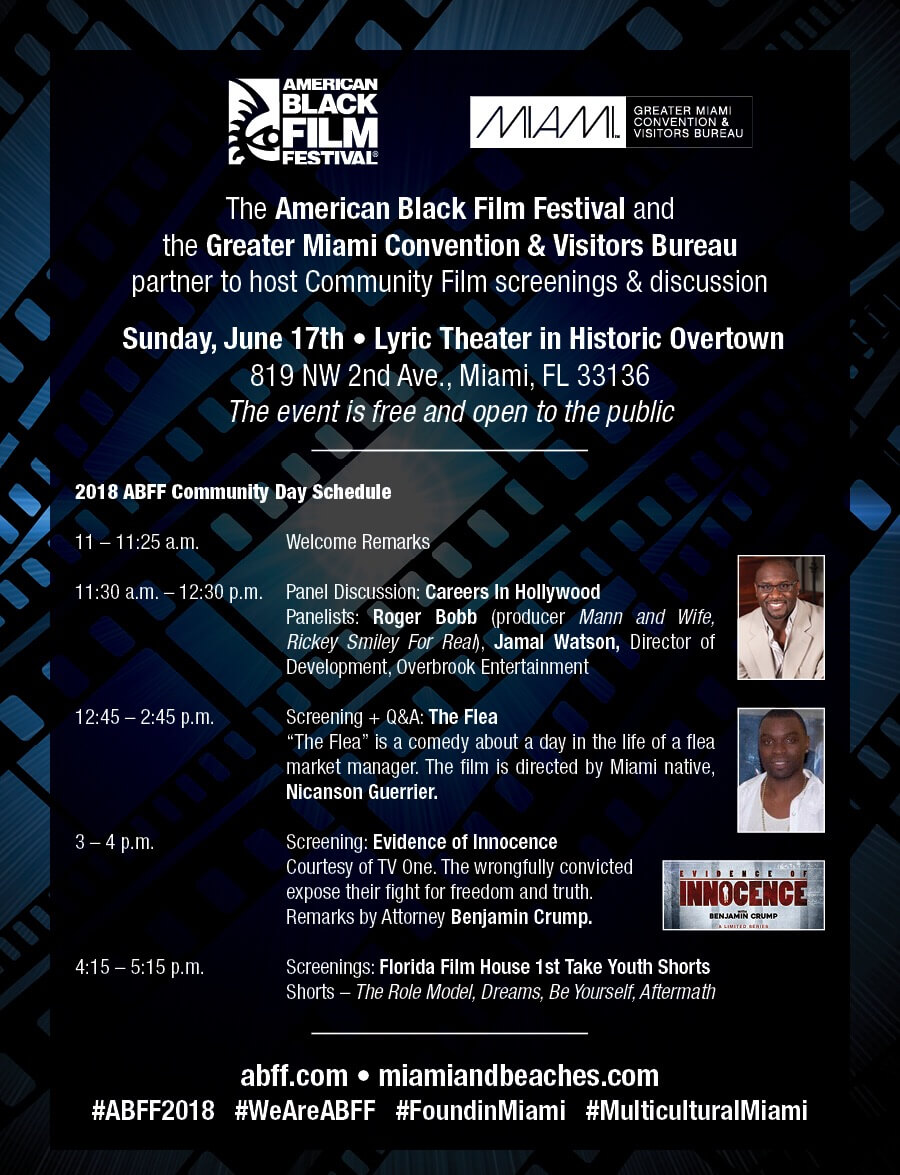 The 22nd American Black Film Festival (ABFF) will celebrate Father’s Day with their annual Community Day event, in partnership with the Greater Miami Convention and Visitors Bureau (GMCVB).  This family-inspired celebration will take place on Sunday, June 17, 2018, at the historic Lyric Theater, located at 819 NW Second Ave, Miami, FL from 11 a.m. – 5:30 p.m. The day includes film screenings with Q&A’s and a panel discussion on Careers in Hollywood. The event is free and open to the public.

The ABFF Community Day has always provided the community of Miami the opportunity to view some of the best films that showcased at the festival. This year, TV One will debut their original show, Evidence of Innocence, and Miami native Nicanson Guerrier will showcase his feature film, The Flea.

The Flea, an Official Selection of the 2018 American Black Festival, is a comedy about the day in the life of a flea market manager, who must deal with customers, vendors and his boss, as he struggles to survive one more day on the job.  There will be a Q&A immediately following the screening.

TV One’s newest original show, Evidence of Innocence, is a one-hour episode that spotlights the unbelievable true stories of four people wo have endured enormous challenges of maintaining faith, while awaiting the opportunity to prove their innocence.  Civil Rights attorney Benjamin Crump hosts the show and will provide remarks at the event.

“One of the festival’s most meaningful activities is our Community Day event. It brings me great pleasure to give back to the Miami community that has greatly supported us over the years, and we are honored to partner again with the GMCVB to host this year’s event,” says Jeff Friday, CEO of ABFF Ventures, LLC.

For the second year, students from Florida Film House’s (FFH) 1st Take Youth Film Program, will have a chance to screen their shorts at Community Day. The program is designed to provide Miami’s youth with an introduction to filmmaking. FFH’s educational outreach program was created for children ages 12-18, to excite the imagination of young aspiring filmmakers and provide them with the tools needed to succeed. The following films have been selected this year:
The Role Model
Directed by Alvaro Vargas
Written by Sandy Nuñez and Rodrick Whisby
Produced by Elijah Wells and Sandy Nuñez

“The addition of the highly-anticipated Community Day Showcase to the American Black Film Festival (ABFF) for the last three years, has even further elevated the popularity of the festival in Miami,” says William D. Talbert, III CDME, President & CEO of the Greater Miami Convention & Visitors Bureau (GMCVB). As the grand finale to the ABFF’s stellar line-up of events, it provides an extraordinary opportunity for all residents of our community to showcase and celebrate black film and entertainment with a local flair.  We are delighted to be a partner of this event, which takes place on Father’s Day, during the GMCVB’s annual Miami Film Month.”

A “Careers in Hollywood” panel with film industry executives will be a highlight for attendees.  The panelists include:  Roger Bobb (Producer, Mann and Wife, Rickey Smiley for Real) and Jamal Watson (Director of Development at Overbrook Entertainment), moderated by Danni Washington, host of FOX’s Xploration Natures Knows Best.

“Miami is a mosaic of cultures manifested through art, music, food and also film,” states Connie W. Kinnard, GMCVB Vice President, Multicultural Tourism & Development.  “The GMCVB Community Day partnership with ABFF is a way to bring a portion of the festival to a broader audience and specifically to one of our heritage neighborhoods – Historic Overtown. The event provides anyone interested with the unique opportunity to not only see films for free, but also interact with up and coming industry talent. We commend Jeff Friday and the ABFF team for creating a way to give back to the community by extending the festival and welcoming all to participate and enjoy this very special event.”

To purchase passes for events, panels and screenings at the American Black Film Festival, log on to www.abff.com/festival-passes/. 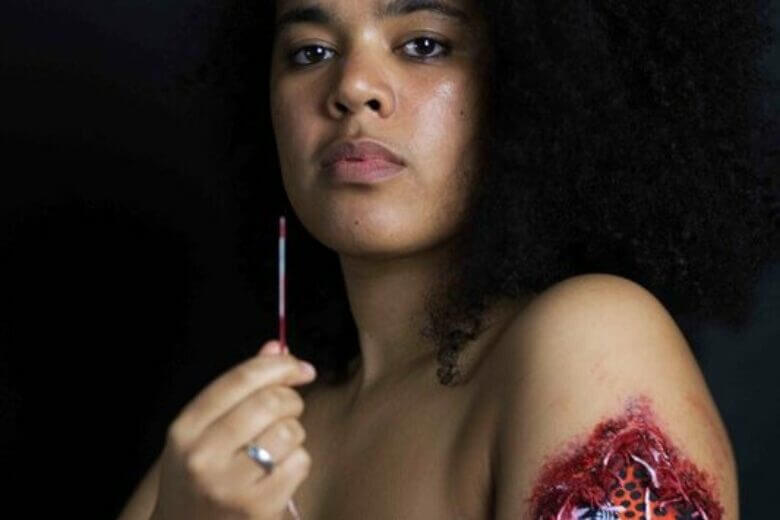 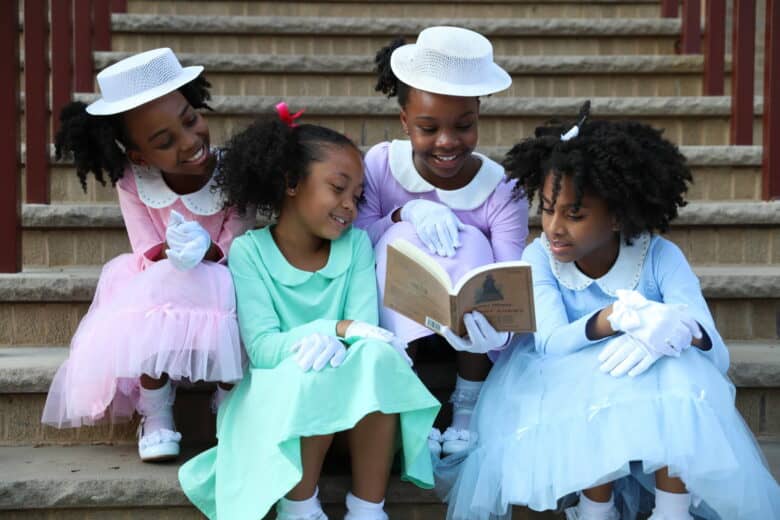